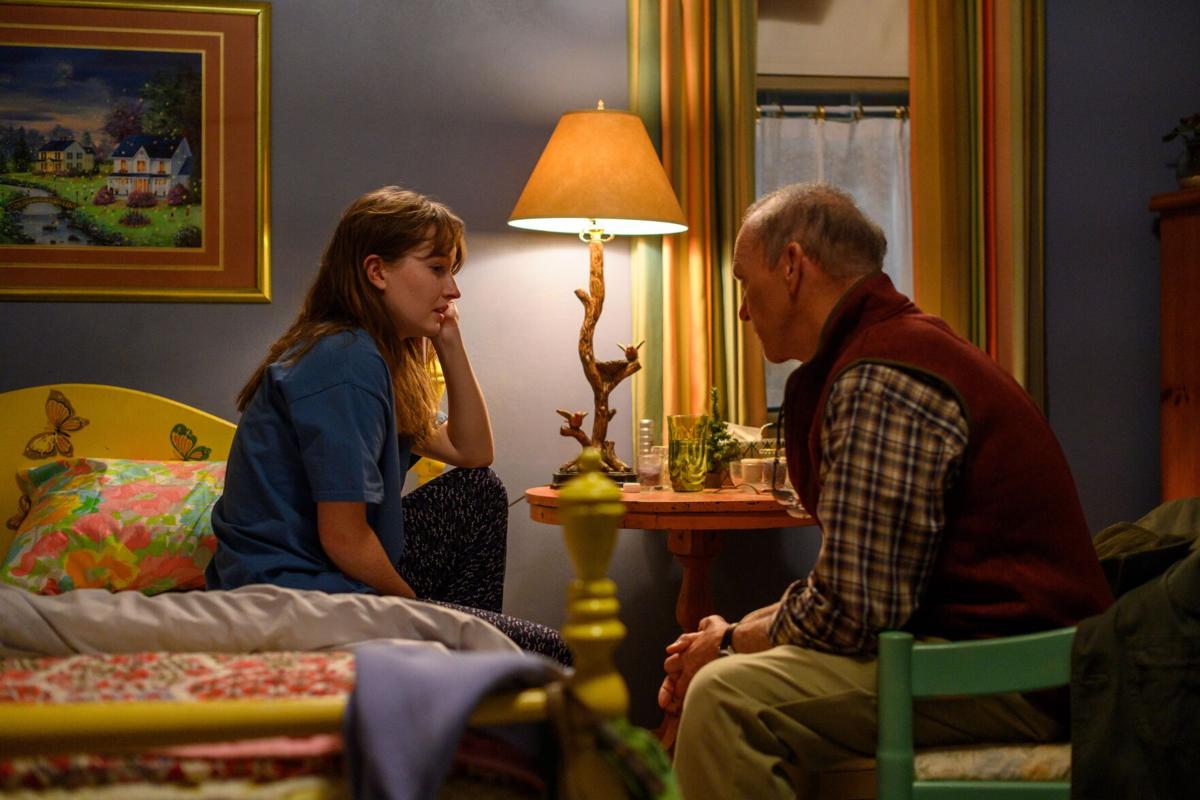 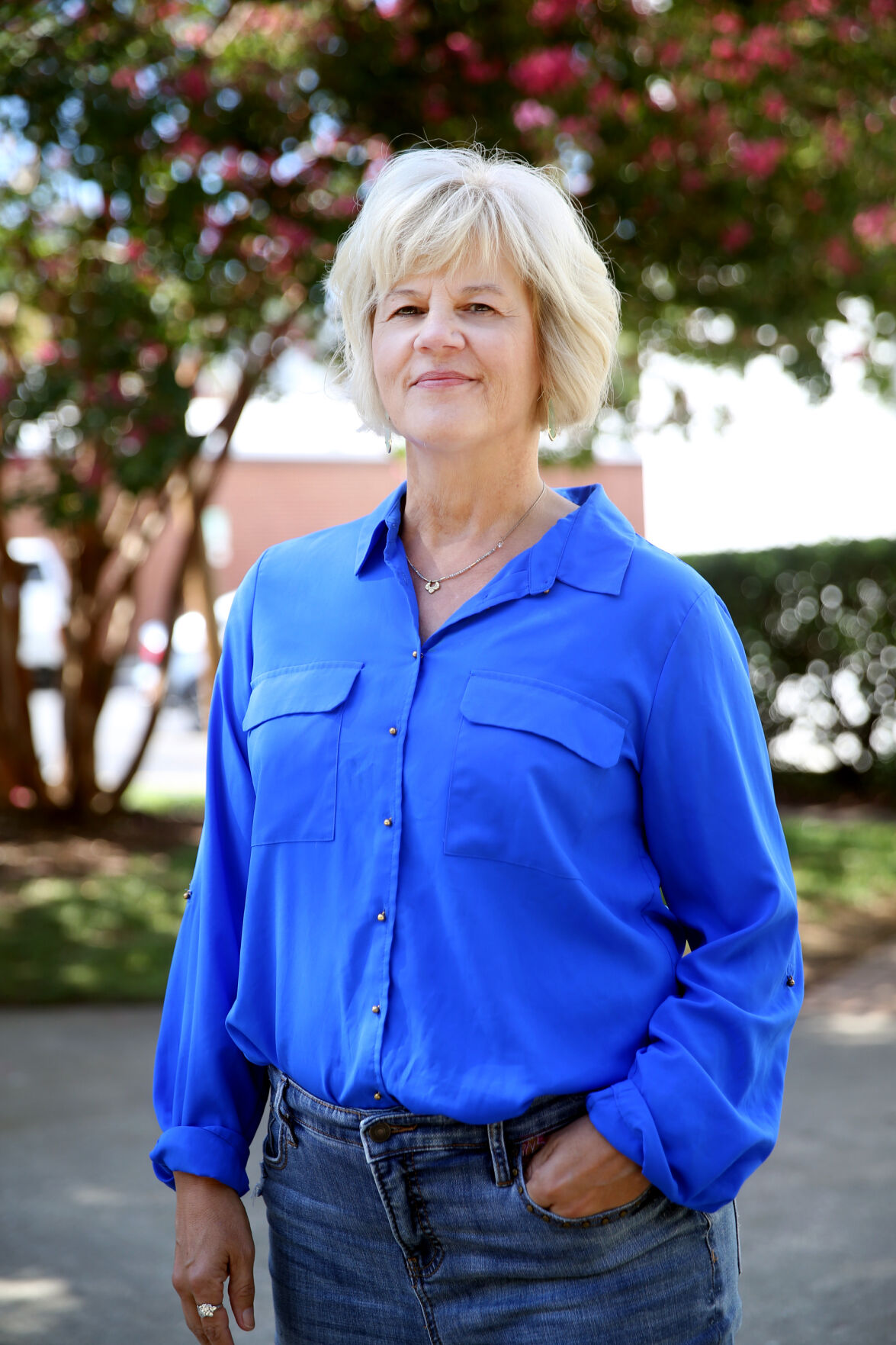 Roanoke-based bestselling author Beth Macy’s most recent book, “Dopesick,” is the basis for a limited-run Hulu series that premieres on Wednesday.

Coal miner Betsy Mallum and the family doctor who delivered her, Sam Finnix, are not real people.

But the harrowing things we see them endure on our television screens really did happen to all too many people in Southwest Virginia.

“Dopesick,” the eight-part miniseries streaming on Hulu, owes its existence to the New York Times-bestselling book of the same name by Roanoke author Beth Macy. It’s not easy to watch. At times it’s heartbreaking.

In October, the Virginia Pro Chapter of the Society of Professional Journalists named Macy the 2021 George Mason Award recipient for outstanding contributions to Virginia journalism.

In “Dopesick” and in the newspaper stories that preceded it, “the empathetic reporting that Beth developed in her years as a star reporter for The Roanoke Times shines through, as well as her passion to bring about change to a societal problem,” wrote Roanoke Times Editor Brian Kelley in supporting her nomination for the award.

Before Macy became a bestselling nonfiction author, she spent 25 years as a staff writer for the Roanoke Times, producing a regular column for the Extra section before delving into big topics such as the impact of globalization on the regional economy and the toll of the opioid epidemic in Appalachia — subjects that she recognized would generate interest well outside the boundaries of the Roanoke Valley.

Though her first national book release, “Factory Man,” snagged the interest of Tom Hanks and HBO, it’s her third book, “Dopesick,” that was turned into the kind of project that savvy writers dream of in 2021: a bingeable series on a major streaming service, headlined by marquee stars such as Michael Keaton and Rosario Dawson.

There’s an occasional frisson produced for viewers in our region when the camera peers out over the recognizable streets of Clifton Forge, or when actors congregate in the unmistakable atrium of the Virginia Museum of Fine Arts in Richmond, or even when the “Virginia Is For Lovers” logo pops up in the credits.

The show premiered Oct. 13, and the final episode dropped Nov. 17. If you have not seen the show yet, you should. Go watch the whole thing before you read any further because from here on out there will be spoilers, though we’ll try to stick to the big picture stuff that you could find out yourself from reading the news.

The show uses multiple plotlines and a big cast of characters to portray the havoc wreaked upon rural communities by OxyContin, the powerful opioid created and marketed by Purdue Pharma as a solution to all sorts of short and long term pain. The company talked doctors into handing the pills out like candy by claiming, falsely, that OxyContin wasn’t addictive.

“Dopesick” introduces viewers to the dysfunctional Sackler family, the billionaires behind privately owned Purdue. Critics have expressed some puzzlement over the choices made by actor Michael Stuhlbarg in his performance as Richard Sackler, who oversaw the development of OxyContin and who comes across as a bitter, Machiavellian villain whose every move is motivated by greed.

Seek out the video released by ProPublica of Richard Sackler giving a deposition in a lawsuit filed against Purdue by the state of Kentucky, and you’ll see that Stuhlbarg’s pretty much providing a dead-on impersonation.

Reviews of the show also have called the many plotlines and the hops back and forth in time confusing. You don’t really need to keep close track of what is happening precisely when, though, because what the show is doing is illustrating the devastating consequences of Purdue’s determination to sell, sell, sell, even as evidence mounted that OxyContin was killing patients and tearing families and communities apart.

The skips back and forth in time allow watchers to absorb the big picture, as the Sacklers make a new promotional push that is then passed on to sales reps, then to doctors who are treated like marks, then to the patients who trust these doctors, while the federal agents and prosecutors trying to put the brakes on the crisis years down the road get thwarted by bureaucrats corrupted by the Sacklers’ wealth. The scale is breathtaking and the connecting of dots, such that the viewer knows things the characters don’t, grants the show the sort of suspense one associates with a horror film.

Creator and showrunner Danny Strong, whose previous credits include the hit Fox drama “Empire,” has said that he wanted “Dopesick” to serve as the criminal court trial that Purdue Pharma and the Sackler family never went through in real life.

The final episode of “Dopesick” dramatizes — and radically condenses — a sentencing hearing that took place in 2007 in U.S. District Court in Abingdon, that was covered when it happened by longtime Roanoke Times reporter Laurence Hammack. During that hearing, Purdue Pharma and three of its top executives were fined $634.5 million for the deceptive marketing of OxyContin.

As the show depicts, Judge James Jones said he was disturbed by the lack of jail time for the Purdue execs, but nonetheless he approved the plea agreement.

The Sacklers, as painted by the show, have been about as skilled at avoiding consequences as they were at hawking OxyContin. In September the Sacklers entered into a bankruptcy agreement that separates them permanently from Purdue but also protects them from any liability for the harm caused by their products.

“Dopesick” is frank about this messy, ugly outcome. Yet there are moments of life and light in the show that will ring especially true for those of us who live here.

Macy, who was an executive producer for the show, and who briefly cameos, lobbied hard to have Appalachians depicted as they really are rather than as stereotypes. Her efforts pay off.

In a particularly moving sequence during the final episode, Keaton’s disgraced Dr. Finnix reaches out to people who were once his patients, people who are struggling with the addictions that he caused by putting them on OxyContin.

Finnix has found a treatment, Suboxone, that has allowed him to start thinking clearly again in a way he hasn’t experienced since his own descent into addiction.

He wants others affected by OxyContin to try it — and takes it on himself to give those who don’t have their own transportation rides to the clinic.

We see the members of this group he gathers start to emerge from their shells, sharing favorite books and personal histories, restoring old friendships and building new ones.

Editorial: A pig's heart, a man's life, and a biotechnology breakthrough

The statistics, while not surprising, are sobering nonetheless.

Editorial: Recognizing our region's multicultural heritage in photos and stories

Elvir Berbic’s path to Roanoke passed through a refugee camp in Croatia, where his family stayed for a time after they fled the civil war in Bosnia.

Editorial: An appreciation of Roanoke regional arts, high and low

Editorial: As Virginia nears universal broadband, the state has to measure its return on investment

When Gov. Ralph Northam began his term in 2018, an estimated 660,000 Virginians lacked high-speed internet access. That staggering figure was a metric the governor took personally.

A recent advisory from the surgeon general of the United States should act as an unambiguous alarm about a national crisis of mental health plaguing. More than ever this emergency requires our concern, our energy and every resource we can muster to address it. In December, Dr. Vivek H. Murthy, the nation’s top physician, issued a lengthy report detailing the deteriorating phycological and ...

Sometimes, it almost seems as if our elected officials want to keep us in the dark.

Editorial: A different view of the troubles in Loudoun County

Broad assumptions can fall away when we take a new look at something we thought familiar.

Editorial roundup: Thoughts from around the nation

Roanoke-based bestselling author Beth Macy’s most recent book, “Dopesick,” is the basis for a limited-run Hulu series that premieres on Wednesday.