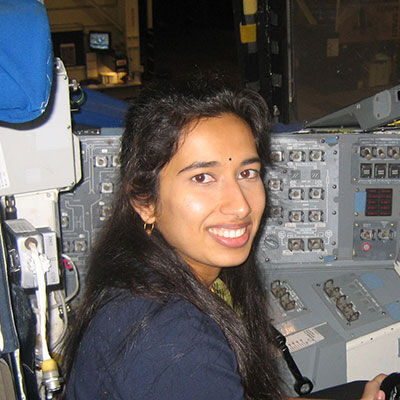 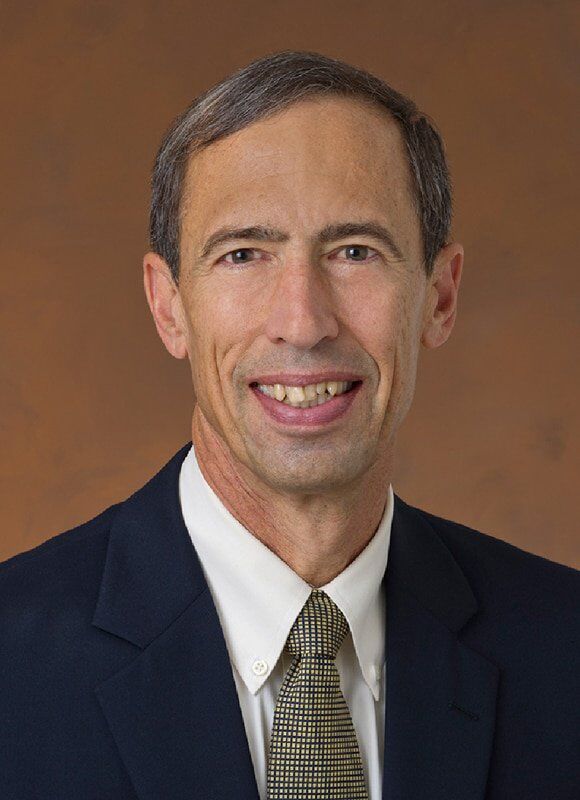 It’s 133 million miles from here to Mars, but the recent landing of the Perseverance rover on the red planet is still local news (sort of).

Here are three connections we have to that mission beyond “your tax dollars at work.”

First, when the rover was making its dramatic landing on Mars — scientists call the act of landing a spacecraft there “seven minutes of terror” — those signals were relayed through the Green Bank Radio Astronomy Observatory just up the road from us in Green Bank, West Virginia. The staff there knew the rover had landed safely even before those with NASA did.

Second, the woman that viewers heard narrating the landing was flight controller Swati Mohan, who is in charge of guidance and controls for the Perseverance mission. She grew up in Fairfax County and credits one of her high school teachers with getting her interested in engineering. Two decades and a doctorate later, she’s landing a machine on Mars.

Third, one of the other people in the control room at the Jet Propulsion Laboratory in Pasadena, Calif., was Larry James, a 1974 graduate of John Battle High School in Washington County — and since 2013 the deputy director of the NASA lab that runs all the U.S. missions to Mars (and some other exotic places).

Most days we offer commentary on whatever political commotion is consuming Richmond or Washington.Today, our thoughts are more out of this world.

Let’s start with Green Bank, which has been listening to things out in space since 1961. Green Bank has always gotten a lot of attention as a place that searches for signs of extraterrestrial life, just in case there are aliens out there sending radio signals our way.

The famous Drake Equation — conceived by astronomer Frank Drake as a mathematical way to guesstimate the probability of alien civilizations — was first presented at a conference at Green Bank. That’s what makes Green Bank famous, but most of its work is on more conventional science — nebulae, pulsars, neutron stars and other things out in deep space that make noise of one sort or another. Green Bank is, after all, a radio telescope.

For the Mars mission, Green Bank is one of two stations that NASA uses — the other is Effelsberg radio telescope in Germany. For 29 years, it was the largest steerable radio telescope on the planet until Green Bank surpassed it with a new dish in 2000. That made Green Bank — funded mostly by the National Science Foundation — a natural choice when NASA needed a dish to monitor the Perseverance mission. Figuratively speaking, when the rover phones home, it’s dialing a 304 area code.

Now for the really cool stuff: When Perseverance was diving into the Martian atmosphere at 12,000 mph, deploying a parachute strong enough to withstand supersonic speeds, shedding its heat shield, plotting a solution for a landing on something other than a sharp rock, ejecting its backshell, then using a “sky crane” to lower the rover onto the surface, a dozen staffers at Green Bank were getting all that data six minutes before their counterparts at JPL did. “This is why we did not show our control room as the rover began its EDL (entry-descent-landing), because we could not ‘break’ any news before NASA received it first,” says Green Bank spokeswoman Jill Malusky via email. “Also, our staff were quite busy during this time observing, processing, and communicating back with JPL. There were open lines of communication to JPL through several types of special software we use for processing and sharing GBT data, and phone/video so staff could speak directly to each other.”

What the public heard was Mohan in Pasadena narrating that data up until the point that she announced “touchdown confirmed — Perseverance safely on the surface of Mars” and the control room broke into cheers. The United States has made this look easy of late but we forget that, historically speaking, about half of all Mars missions have failed. In the aftermath of this successful landing, Mohan became something of a celebrity — the literal face of the “new” NASA. It took decades (and the movie “Hidden Figures”) before most people were aware that someone other than white men were involved in getting us to the moon and back. Here’s a young woman of color who is front and center for the most complicated Mars mission ever, not just as a play-by-play announcer on the data coming in via Green Bank but the lead engineer on Perseverance’s control system.

Mohan is a native of India with a very American story. Her family moved to the United States when she was one year old. When she was 9, she saw “Star Trek” and that first got her interested in space (Hollywood would love that part). Her original goal was to become a doctor. Then, at 16 in the late ‘90s, she took a physics class in high school at Hayfield Secondary School. “I was lucky enough to have a great teacher and everything was so understandable and easy,” she says in her official JPL bio. “That was when I really considered engineering as a way to pursue space.” An engineering degree from Cornell and a PhD from the Massachusetts Institute of Technology followed. Before Mohan worked on the mission to Mars, she worked on the Cassini mission to Saturn. We’d be remiss in our duties if we didn’t point out that some schools in Virginia — typically small, rural ones — aren’t able to offer physics classes. We might have other Mars flight controllers among us but they won’t get that opportunity because of the disparities in Virginia’s school system. Those students could take physics virtually, although many students also don’t have internet access.

Finally, we must salute Washington County’s contribution to the Mars mission. James is a 1978 Air Force Academy graduate who was selected to fly on the space shuttle with one of its military payloads in 1987. After the Challenger explosion in 1986, James’ mission was canceled and he never went into space. Instead, he continued on with his Air Force career, retiring as a lieutenant general in 2013 before going to work for JPL. In that time, the lab has overseen robotic missions to Mars, Jupiter and Saturn.

If we really do launch a crew mission to Mars in the 2030s or 2040s as some hope, that means the first Martians are already among us. Some from Virginia, though, are already there.

Editorial: Biden's infrastructure plan does more for rural America than Trump ever did

Donald Trump won the presidency in 2016 with massive majorities in rural areas, often larger than those of any other candidates before him, ye…

If you think Republicans are hidebound, backward-looking and resistant to change, we are here today to tell you that you’re wrong.

Why isn't the University of Virginia being more proactive about pushing UVa-Wise as a center for cutting-edge energy research?

Editorial: What we can learn from Pete Giesen's career

Pete Giesen, who was from Radford, was the last of the “mountain-valley Republicans” who broke the stranglehold on power of segregationist Democrats in Virginia in the 1960s.

Editorial: What if Virginia had a filibuster?

Much of President Joe Biden’s agenda depends on whether the Senate keeps, revises or abandons Rule XXII, aka, the filibuster, which effectivel…

Editorial: 60 years ago today, we crossed the threshold of space

Remembering cosmonaut Yuri Alekseyevich Gagarin's daring and historic feat on this date in 1961.

Editorial: Why didn't the South regard the Confederacy as a mistake?

In 1982, the generals who were running Argentina thought it would be a good idea to invade the Falkland Islands. It was not. British Prime Min…

Editorial: Why Northam should veto the coal tax credit bill

Editorial: Three questions for the Democratic candidates for governor

We’ve known this for a long time, but the politics of the moment have made this even clearer: The process of getting elected — especially gett…