(22) comments Back to story

Once again you are asking the area of Virginia around Washington DC to be responsible for most of the education costs in the rest of Virginia. When you cite your figures you never seem to discuss how much more it costs to live in Fairfax County than it does in Scott County. In the areas around DC the houses cost more, the groceries cost more, the gasoline costs more. When your house has a higher value, your property taxes are higher, even if the rates are equal which you have pointed out is not the case.

I think we should be grateful that Fairfax (and other) Counties by virtue of their higher salaries and taxes make a positive contribution to the schools of poorer countries throughout Virginia. What would Lee and Scott County schools look like without help from the richer counties? In your next editorial on the unfairness of school systems, perhaps you can discuss better ways to improve our schools without expecting a bailout from the usual sources. Do your math over but this time take into account the much higher cost of living in the DC area and explain why they should contribute even more to other counties' schools. Stop pretending it is one political party's fault that the schools in far SW Virginia need more help. 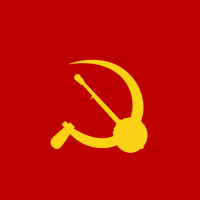 wow this is some real peasant-mindset here. We should be grateful for a few crumbs handed down from on high? We should be content to work ourselves to death while our houses collapse and our children get a second rate education? All because gas is a little more expensive in NOVA and their taxes are too darn high? Give me a break. The rich get rich by exploiting the working class. Taxing the rich to give working people a decent school is the absolute least we could do, and you want to complain about it? disgusting

The issue isn't just income. It is property taxes and property values. According to Realtor.com, the average home in Fairfax County sells for $550,000 in Lee County the average is $99,000. With the differing tax rates, homeowners in Fairfax pay around 8 times the property tax that Lee County residents do while making only 4 times as much money. I understand the frustration of Mark Sickles.

Hard to fathom the arrogance that allows someone who represents an area where the average home costs $550,000 and that median in come to be $124,000 resentful of the area where the average home is valued at under $100,000, income is around $30,000 a year and schools have to catch the water from the leaky rooves in trash cans. Democrats truly have become the party of the elites and, as has been the case for some time now, think the state doesn't exist west of Charlottesville.

Wow. Rt on its high horse today. Too bad logic is not on your side.

The only conclusion is that Lee chooses to tax at a lower rate not that their home owners can’t afford a higher tax.

That’s their choice. But after you choose not to tax those that can afford it you have no right to ask more from those that choose to tax more.

Absolutely true that if Lee chose to tax at the higher rate they would still not have enough money since there are fewer families that can afford higher priced properties. That’s the time to go to the wealthier places and get assistance. When you ask as much of your own “wealthy” people as you do of “wealthy” people on other locations then you have a point.

What a shallow, uncaring, idiotic response!

Howso? Be specific otherwise yours is definitely the more idiotic of the responses.

Takes an idiot to know one!

"Takes an idiot to know one" You know, Johnma ol' pal, most people outgrow such "arguments" as you barfed out after they finish third grade. When you're ready to debate like an adult, please let us know.

Elftreefarm well I’m a pretty caring person- but also logical. All I’m asking is that Lee county tax themselves at the same rate as fairfax (or close to it). That isn’t going to get them nearly enough money because they don’t have enough valuable real estate. Then I’d say the state should help them. They aren’t making much effort now to get local funds.

In the past week the Democrats have been blamed for rural Virginia not understanding the voting process and the usual attacks on NOVA for having the temerity to be an educated, affluent area; secondly the Democrats have not abandoned the downtrodden; they have left behind those whose biggest issues are guns, abortion and bigotry.

Back to the topic at hand; other writers have pointed out the RTEB's flawed financial reasoning. As has been stated ad nauseum thr good citizens of Lee County control their own destiny and the Republicans had control for how many years and now this becomes an issue? I find this editorial an insult to Mark Sickles for just pointing out the obvious. Stay tuned for tomorrows installment in the series of 730 editorials on why Democrats are responsible for the lower median incomes of SWVA.

So, the Editorial Board finds Del. Sickle's straight talk offensive. It's truthful, and sometimes the truth hurts. Once again, the Editorial staff are unable or unwilling to accurately address tax RATES and local investment, and once again, are blaming Democrats for the failings of decades of local Republican governance. The details have been addressed in other comments, and those comments have more facts in them than this click-bait editorial.

Great article for pointing out that when it comes to Money, liberal democrates and conservative republicans are basically the same. The wealthy hoard everything while the working class and people living in poverty have to deal with snide comments about how they just need to try a harder.

He must be a descendent of the worthless killer Gen. Daniel Sickles of Civil War infamy who was also a shyster politician who was infamous for killing his wife's lover!

You sure do enjoy making stuff up, don'tcha?

You say, it was "an outrageous and insulting statement on many levels" but is it not literally the Republican mantra?

Is it not the very reason these schools and areas got into the shape they have because of the Republican neglect and taking them for granted (because we ALL know how those areas vote)?

Seriously, your jeremiad to condemn only the Democrats for not giving more welfare than we already do is not the solution and rational minds already know that. Name a piece of welfare that Virginia Republicans initiated or supported in their decades of ruling the Virginia legislature? Show any of us what they did for SWVa? You keep whining about what the Democrats, newly in the majority, need to do but want to pretend these are not decades old problems. Sure, some Republicans will now get on board, vote for the funding and then campaign on the "spend, spend, spend Democrats." We all know these education systems were poor and struggling for much longer than it is possible for the Democrats to be at fault and still you hammer only Democrats to fix what Republicans have wrought! Your lack of integrity is as shameful and your partisan point.

Hate to break it to you but the whole purpose of the LOTTERY was for school construction but several years later the money was then used for school programs.

Governor Northam proposed boosting K-12 spending by nearly $269 million, he also "proposed a plan for using half of the money from the federal tax changes for tax rebates for Virginians making less than $50,000 a year." Northam "called for increasing spending on a program for at-risk students by $35 million...and would spend another $35 million to boost per pupil spending across the state."

7 or 8 of the richest counties in the US are in DC metro. Common theme FEDERAL GOV'T. All of the money is funneled into DC and then redistributed to the county. How about taking some of the fed agencies out of DC and move to other regions.

" All of the money is funneled into DC and then redistributed to the county" Either you provide a link from a reputable source that proves your claim, boy, or admit you lied.

Submit a letter to the editor

Letters to the editor on topics of general interest are welcomed and encouraged.

ROANOKE COUNTY BOARD OF SUPERV