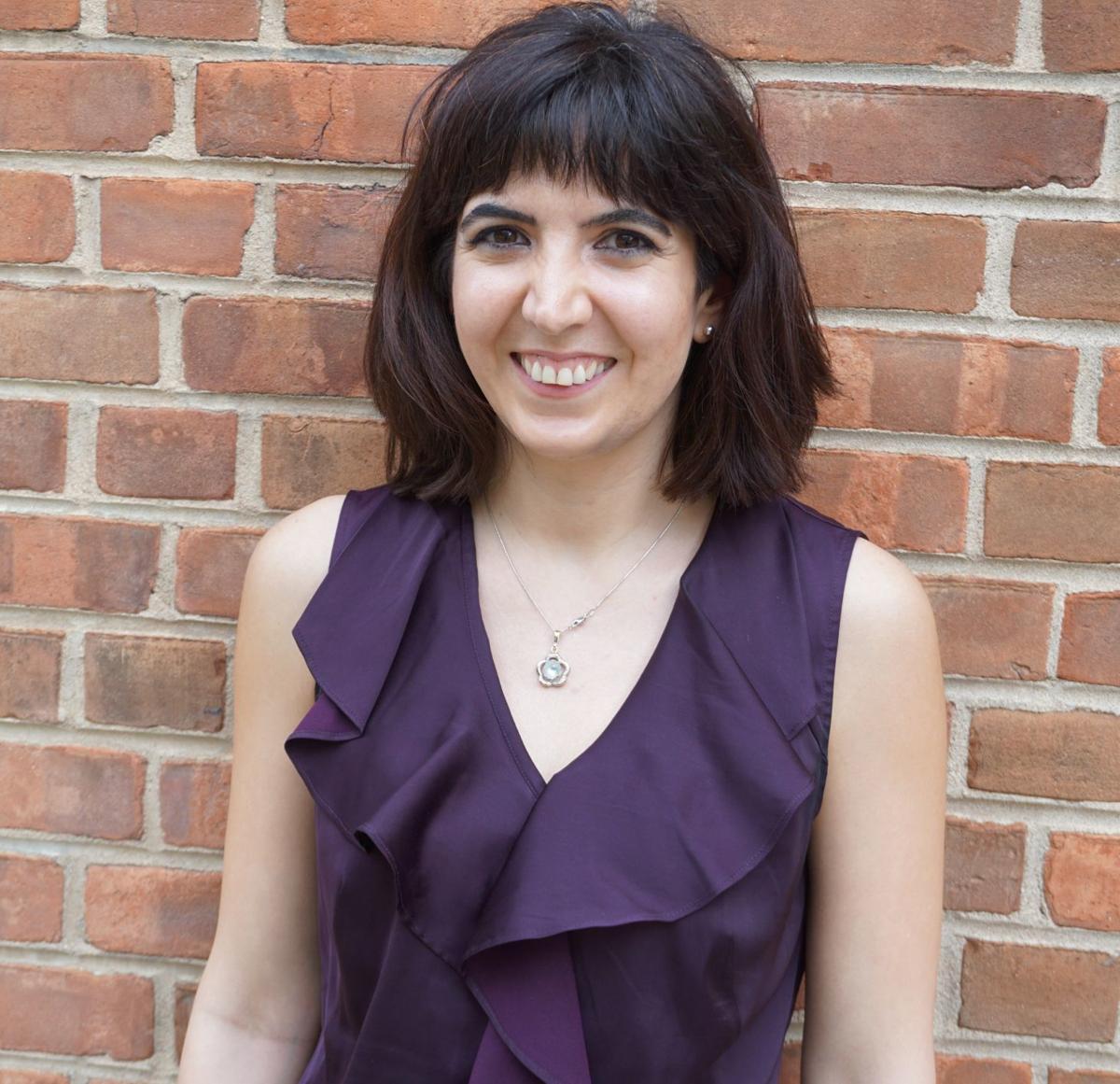 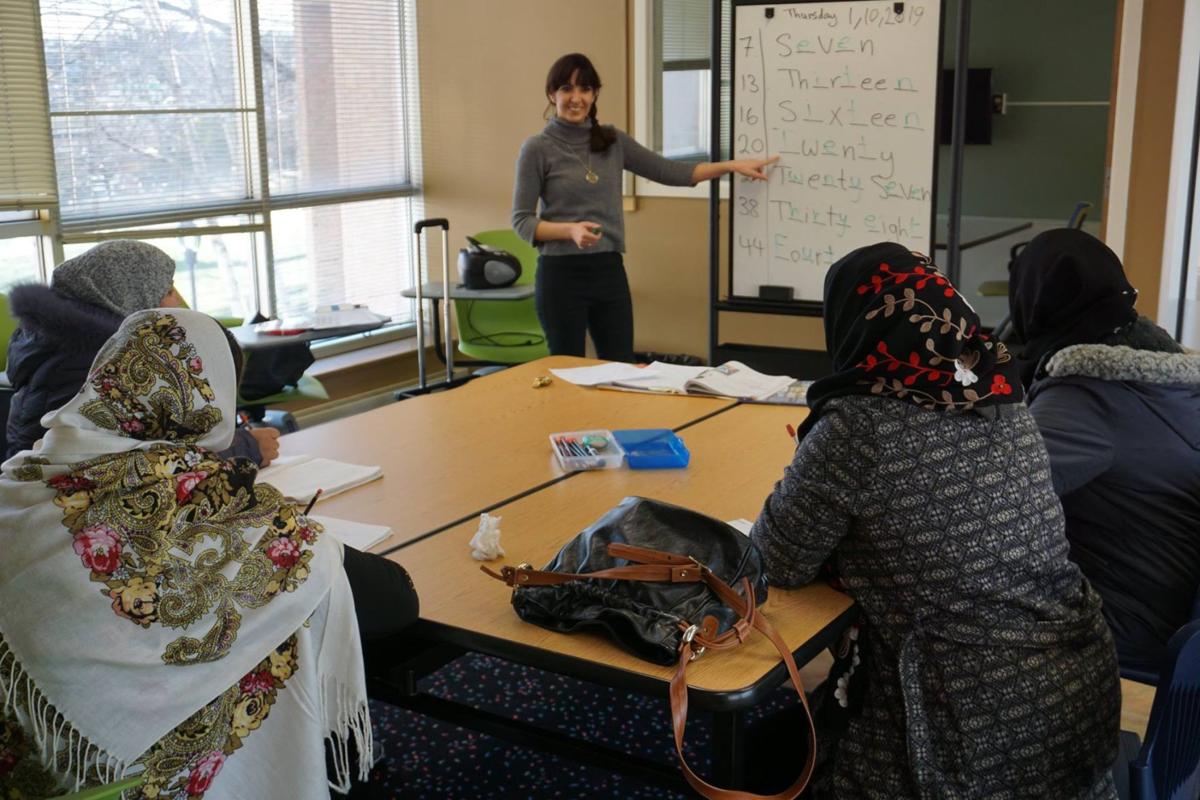 Ahoo Salem teaches an English-as-a-Second-Language class to immigrants in Roanoke. This month, the native of Iran becomes executive director of Blue Ridge Liiteracy. Our editorial at left looks at how the group has evolved to become the primary way that immigrants in the Roanoke Valley learn English.

Poetry comes in every language. Here’s some in ours: Blue Ridge Literacy is now being led by someone whose first language is not English.

This month, Ahoo Salem becomes executive director of the Roanoke-based non-profit that teaches English to adults. She’s a native of Iran and is now in charge of helping to make new Americans, because that’s how this country works.

When Blue Ridge Literacy was founded in 1985, its primary clientele was a native-born population that, for whatever reason, had never learned to read or write very well. Typically this involved people who had dropped out of school. Today, 89 percent of the “learners” — to use Blue Ridge Literacy’s lingo — going through the group’s programs are immigrants who are learning English as a second language. Or, in the case of some refugees from central Africa, English is sometimes a third or fourth language — a detail that astonishes some Americans.

The United States is exceptional in many ways, but here’s one of them: We tend to be monolingual while much of the world is not. Those who complain about immigrants not learning English understand neither the past nor the present. Today’s immigrants learn English much faster than previous generations of immigrants did, and here’s one of the places they learn it: Through the classes and one-on-one tutoring offered through Blue Ridge Literacy.

Last year, the group worked with 350 learners — from 60 different countries. Six countries, though, account for 99% of them: Afghanistan 39%; Mexico 18%; Congo 11%; Haiti 11%; Venezuela 10% and Iraq 10%. Roanoke is truly an international city and now someone with an international background leads one of the valley’s most respected organizations, because that’s how Roanoke works, too.

Salem grew up in Teheran, Iran, where she earned a bachelor’s degree in biology in the early 2000s. She also taught English in several schools because, as we noted, much of the world can speak more than one language. In 2007, she moved to Sweden to pursue a master’s program in Environmental Studies and Sustainability Sciences at Lund University — perhaps not a school many here are familiar with but one that is often regarded as one of the most prestigious in the world. There Salem met her future husband — Isaac Campbell, who just happened to come from a place called Roanoke, Virginia.

Salem’s studies on sustainability— the concept that we shouldn’t be using more than we can produce — led to an interest in how cities go about absorbing immigrants. She earned a second master’s degree dealing with migration and then eventually moved to Italy to work on a doctorate in sociology that also deals with immigration. In 2016, she followed Campbell to Roanoke. Her goal was to teach at a university but until that could happen, she decided to put her background to work in other ways: She volunteered with Blue Ridge Literacy and soon found herself working with six learners — two from Afghanistan, two from Burundi and one each from South Sudan and Nepal.

Now, she finds herself in charge of the whole organization. It’s hard to argue with Salem’s background, which seems made for this moment — but her appointment also makes a statement. “I think learners can look up at the organization and see someone who shares their background and life story,” she says. “I think this will be very encouraging.”

Blue Ridge Literacy teaches English, but it also teaches a lot of other things. Many of its sessions are really about life in the United States. “We talk about Valentine’s Day,” Salem says. “We talk about Thanksgiving and Christmas.” The group also has classes for immigrants who are preparing to take the test to become an American citizen. Applicants are asked 10 questions and must correctly answer six in English — but there are 100 possible questions, so prospective citizens must prepare for all of them. It’s not as easy as you think. A study earlier this year by the Woodrow Wilson National Fellowship Foundation found that only 36 percent of Americans could pass it. Last year, seven of Blue Ridge Literacy’s learners did.

For the importance of the work it does, Blue Ridge Literacy is a surprisingly lean operation. Most years it gets by on a budget of about $200,000 — or less than what Virginia Tech football coach Justin Fuentes makes in one month. Some that comes from a contract with the City of Roanoke Department of Social Service to provide services, but most of it comes from grants — and donations. Four out of every ten dollars in the group’s budget comes from someone who simply wrote a check. If you believe that immigrants should learn English, feel free to put your money where your mouth is and help make that happen. Or perhaps you’d like to help in other ways.

One of the most precious things that people can give is their time. Blue Ridge Literacy has a full-time staff of five — but more than 150 volunteers. “You don’t need a background in linguistics or language,” Salem says, “but you need a passion for wanting to spend time with someone.” There’s always a need for people willing to commit to one-on-one tutoring. “Depending on the person, you may see results immediately,” Salem says. “Others may take a long time.”

Each year Blue Ridge Literacy publishes a booklet of short biographical stories that their learners have written in their new language. “When I got to the U.S., I couldn’t speak for people to understand me,” wrote one Liberian refugee in the 2017 edition, “but today I am able to speak pretty well for people to understand me. I am thankful to Blue Ridge Literacy. They really, really helped me and gave me a tutor.”

But that’s not where that testimonial ends. It goes on: “I am also happy to own my own house that I enjoy my family to be in. I am also happy that last year one of my children graduated from high school and this year another will also graduate.” And finally: “I am grateful that I got my citizenship in 2010 and now three of my children got their citizenship this year.”

If that sort of thing brightens your heart, then know this: Blue Ridge Literacy has its next training session for tutors in August. If you’re interested, call 540-265-9339 or email info@brlit.org. That’s how Salem started. If someone who moved here from Iran cared enough to volunteer to help immigrants learn English, perhaps others should, too.

Ahoo Salem teaches an English-as-a-Second-Language class to immigrants in Roanoke. This month, the native of Iran becomes executive director of Blue Ridge Liiteracy. Our editorial at left looks at how the group has evolved to become the primary way that immigrants in the Roanoke Valley learn English.