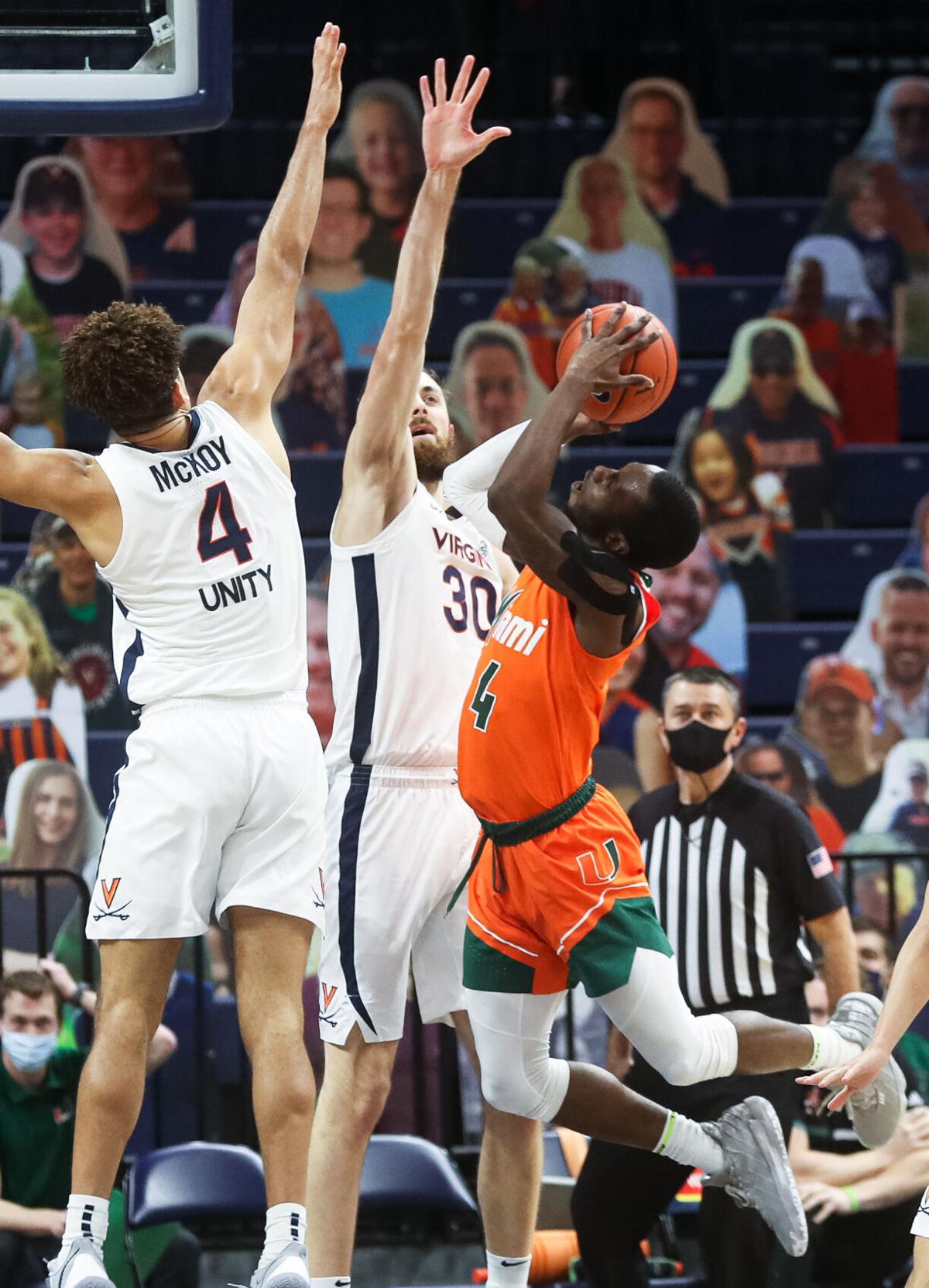 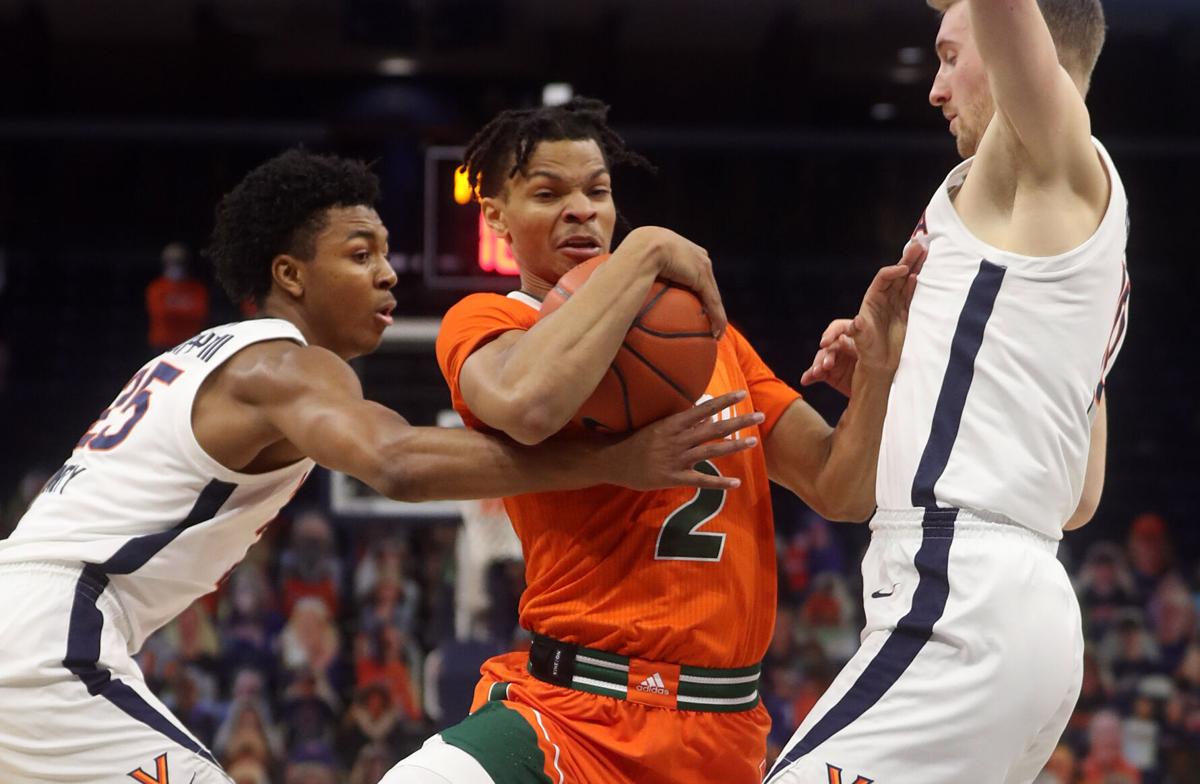 Hockey guys call them “greasy goals” — those pucks that maybe take a couple of deflections or rebounds before going in the net. Often, these unsightly tallies require a few blue-collar, close-range whacks of the stick.

The Virginia basketball team scored the greasiest of goals on Monday night. Burger King’s Double Whopper with Cheese looks at that 62-51 victory over Miami and says, “Hoo, boy. That was GREASY!”

But you know what? Not only will the Cavaliers take it, but they’ll also embrace it. The win had some vintage flavor to it.

Typically, when Bennett publicly questions something about his squad, he only has to say it once. The players respond immediately, reel off some long winning streak and find themselves at or near the top of the ACC standings at the end. The Cavaliers have spoiled us that way.

Virginia’s path to a double bye in this year’s ACC Tournament has been substantially different than in previous seasons. This time, the big winning streak came early. The troubles started in mid-February and lingered for three games.

But Monday night was a reminder of where this program makes its most significant investments, and that’s on the defensive end.

Miami is having an awful season. Still, Hurricanes guard Isaiah Wong ranks fourth in the conference in scoring average. The Cavaliers held him to 3 for 13 shooting and allowed Miami to shoot just 38.5% overall.

That helped UVa escape despite its own poor shooting (40.4%) and off nights from team leaders Jay Huff and Kihei Clark, who combined to make only 3 of 14 field goal attempts.

“When the game got close, I think that’s when we really came together and showed some resilience and toughness, which we hadn’t in the last few games,” said UVa forward Sam Hauser, who led all scorers with 18 points. “I think it was a good stepping stone for our team, and hopefully we can just keep getting better going into Saturday.”

Starting in 2015-16, the Cavaliers ranked inside the top 10 in KenPom’s adjusted defensive efficiency rankings for five straight years, finishing No. 1 in that category in both 2017-18 and last season.

Good for most. But for Virginia, that’s not nearly greasy enough.

Every pitcher has been there at some point: Your command betrays you. You allow a parade of early base runners with walks and hits. Your desperation rises in unison with your pitch count.

You peek into the dugout and see the manager leave the top step.

Now imagine this: Instead of coming out to give you the hook, the skipper’s coming out to grant you a mulligan. He gets the umpire to declare the inning over. You can go to the dugout to regroup, watch your team hit, then come back out to start the next frame anew.

That’s what happened Monday, when the Boston Red Sox became the first team to invoke the new mercy rule that MLB has added for spring training games. As long as the pitcher has thrown at least 20 pitches in the inning — Garrett Richards had thrown 23, loading the bases and walking in a run while retiring only one batter — the defensive team can end the inning on the spot.

This, of course, is a complete mockery of the game.

But only because it wasn’t around when I was pitching.

MINNEAPOLIS (AP) — The Minnesota Twins have rescheduled their postponed game with the Boston Red Sox as part a straight, seven-inning doubleheader on Wednesday.

Rainmakers: Mets washed out for 3rd time in 5 days

NEW YORK (AP) — The Mets really have improved — in how they handle rainouts.

Bob Brookover: Pete Rose is 80 years old and he hasn't changed much

Pete Rose is exactly what you'd expect him to be at 80 years old.

Alcantara expected to start for Miami against Atlanta

HOUSTON (AP) — Back in the place where he'd received so many cheers over the years, one more ovation after a long and difficult time away was almost too much for manager A.J. Hinch to take.

Matz expected to start for the Blue Jays against Royals

Gene Collier: MLB rightfully moved All-Star game — as if it had a choice

Didn’t want baseball’s All-Star Game argument to float off into its regularly scheduled lassitude without a few Sunday observations, submitted with typically dubious respect to all parties.