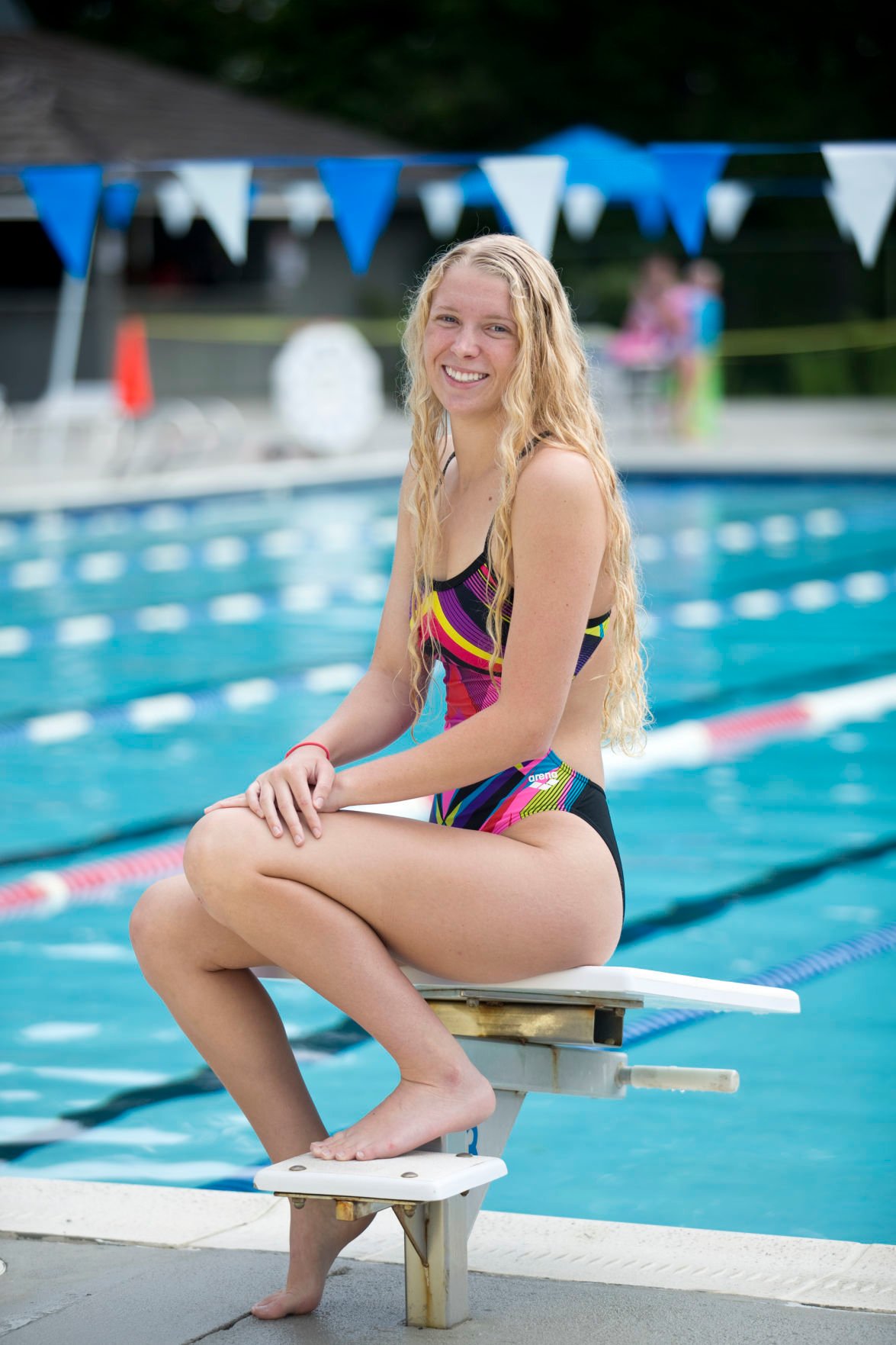 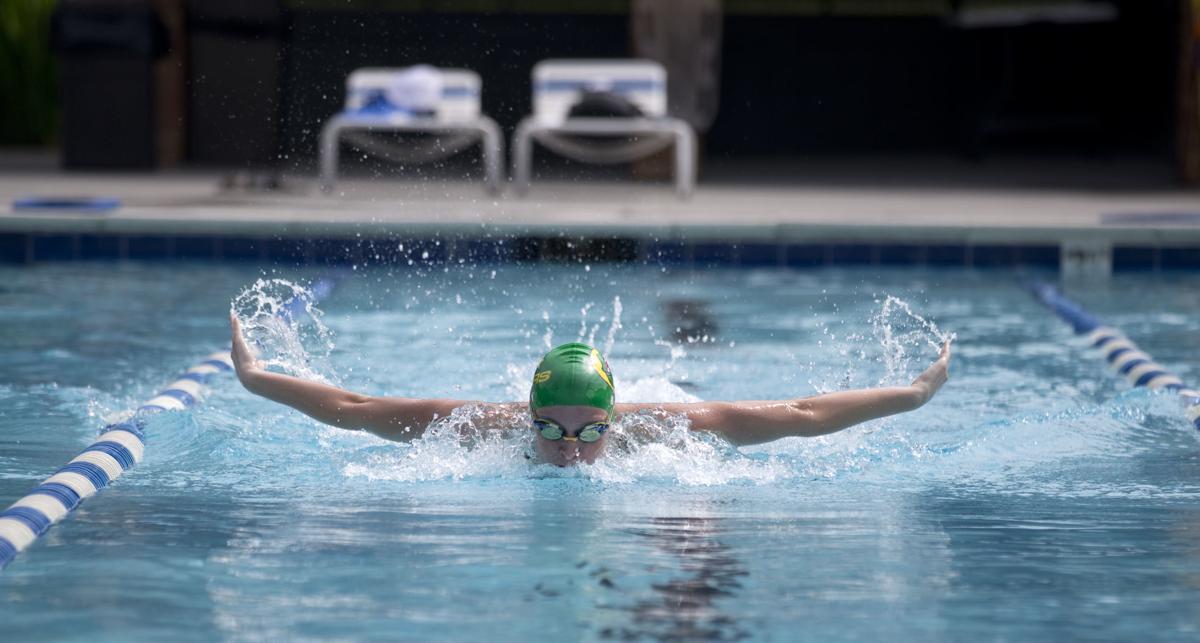 Olivia Bray, 18, graduated from Lord Botetourt High School and will be going to the University of Texas at Austin this fall. Bray is “the fastest 18-and-under [girls swimmer] in the United States in the 100 butterfly,” said her coach, Dough Fonder. 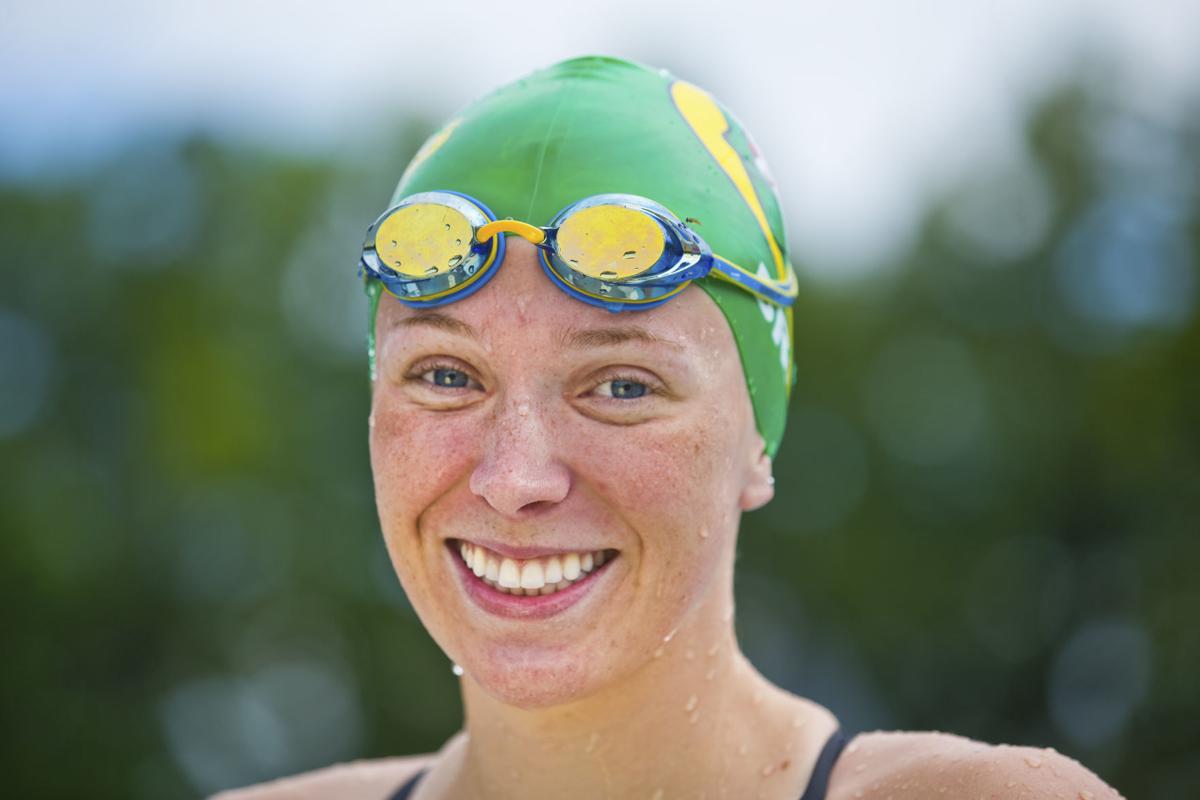 For many athletes in Olivia Bray’s position, an invitation to the Olympic Trials might have been a once-in-a-lifetime opportunity.

A one-year postponement has held up a second trip for Bray, who was 14 when she competed in three events in the 2016 swimming trials in Omaha, Nebraska.

“It was unbelievable,” said Bray, a recent graduate of Lord Botetourt High School. “I was over the moon … on cloud nine. I did what I could to let it all sink in.”

Since then, Bray has signed a letter of intent with the University of Texas, which won its eighth-straight Big 12 women’s swimming championship this past season.

“She was Texas’ No. 1 recruit and that’s a top-five program in the country,” said Doug Fonder, Bray’s coach with the Roanoke Gators year-around program.

Bray graduated from Lord Botetourt this past December with what she recalls as a 4.3 grade-point average.

Bray did not swim for Botetourt after her sophomore year, when she won the 100-yard butterfly event in the 3A state championship.

“That was my call,” said Bray, who regularly would rise before 5 a.m. “In my junior year, I was taking [advanced placement] classes and I didn’t want high-school swimming to be a distraction from my schoolwork or club swimming.”

At 5-foot-10, there’s no telling what kind of contribution she might have made to a Botetourt girls’ basketball team that collected two state championships in three years.

“I’m not good on land,” Bray is eager to point out.

The arrival of the coronavirus has made for a variety of schedule conflicts, although the Gator program has been able to train early in the morning at the Hunting Hills Country Club pool.

Bray also took a recent break to travel to St. Louis, where she spent two weeks at McCallum Place, home to one of the nation’s premier eating-disorder programs. Her disorder is called Avoidant Restrictive Food Intake Disorder.

“I wasn’t aware that I had an eating disorder until a few months ago,” she said. “I just thought I was a picky eater.”

Picky, according to her mother, was two or three items.

“She only ate carbohydrates,” mom Kimberly Bray said. “No fruits, no vegetables. It was a very scary experience for her and very brave of her to try and tackle it.

“I believe she did well, leaving Missouri with a plan of action. She saw lots of kids with lots of eating disorders that were so much worse than what she had experienced. She felt like she could conquer this and eat with more variety.”

“She has always put her goals out there, not only mentally, but she’s not afraid to put them down on paper,” James Bray, her father, said. “She’d tape her goals on the mirror and on the ceiling above her bed. Right now, it’s all about Texas and when she can get down there and start preparing.”

The Bray family originally was from Greensboro, North Carolina, before moving to Botetourt County. Olivia was 6 and her sister Rachel was 9 when they first started swimming for the Ashley Plantation summer-league team headed by Susan Bleecker.

Olivia never went off the blocks during the regular season but medaled at the season-ending city-county meet.

“We didn’t really know the talent she had,” Kimberly Bray said. “We enjoyed watching her swim but didn’t really understand the gift that she had. After two seasons in the RVAA, she asked if she could swim year-around.”

It wasn’t a case of parents pushing a child to swim. Just the opposite.

It wasn’t too long before Olivia joined the Gators year-around program.

“She’s got God-given natural feel,” Fonder said this week. “She just slides through the water.”

Clearly, Bray ranks among the top swimming prospects to come out of the Roanoke Valley.

“Absolutely,” Fonder said. “She’s the fastest 18-and-under [girls swimmer] in the United States in the 100 butterfly. Her biggest thing is, I think, her confidence to compete at that level. That’s really important for the next step.

“She doesn’t show emotion a lot. As far as consistency, coming to practice and all that, she probably has 100 percent attendance over the last four years.

“She’s got to get more assertive with herself. You see this in a lot of sports. Kids who are really fluid don’t realize how much better they can get by just pushing a little harder.”

At various points in her younger years, Bray played soccer and gymnastics and took part in horseback riding, as well as dance.

“Then, swimming just took over my life,” she said. “I loved it from the start.”

It's fitting that Virginia Tech defensive back Caleb Farley was the first high profile player to opt out of the 2020 season since there's been nothing conventional about his collegiate career, and now he's blazing his own path to the NFL.

After missing the Roanoke Valley Golf Hall of Fame tourney due to contracting COVID-19, Chase Bailey is clear to compete, but admits the aftermath of being sick still hampers him physically.

The Roanoke Rush are scheduled to begin their inaugural season in the Atlantic Coast Football Alliance on Sept. 12.

Rising senior Reed Pendleton is transferring from Cave Spring High School to play basketball at Hargrave Military Academy in Chatham. Pendleton, a 6-foot-1 guard, led Cave Spring in scoring in 2019-20 as the Knights finished 27-2 and won a share of the VHSL Class 3 boys championship.

Olivia Bray, 18, graduated from Lord Botetourt High School and will be going to the University of Texas at Austin this fall. Bray is “the fastest 18-and-under [girls swimmer] in the United States in the 100 butterfly,” said her coach, Dough Fonder.