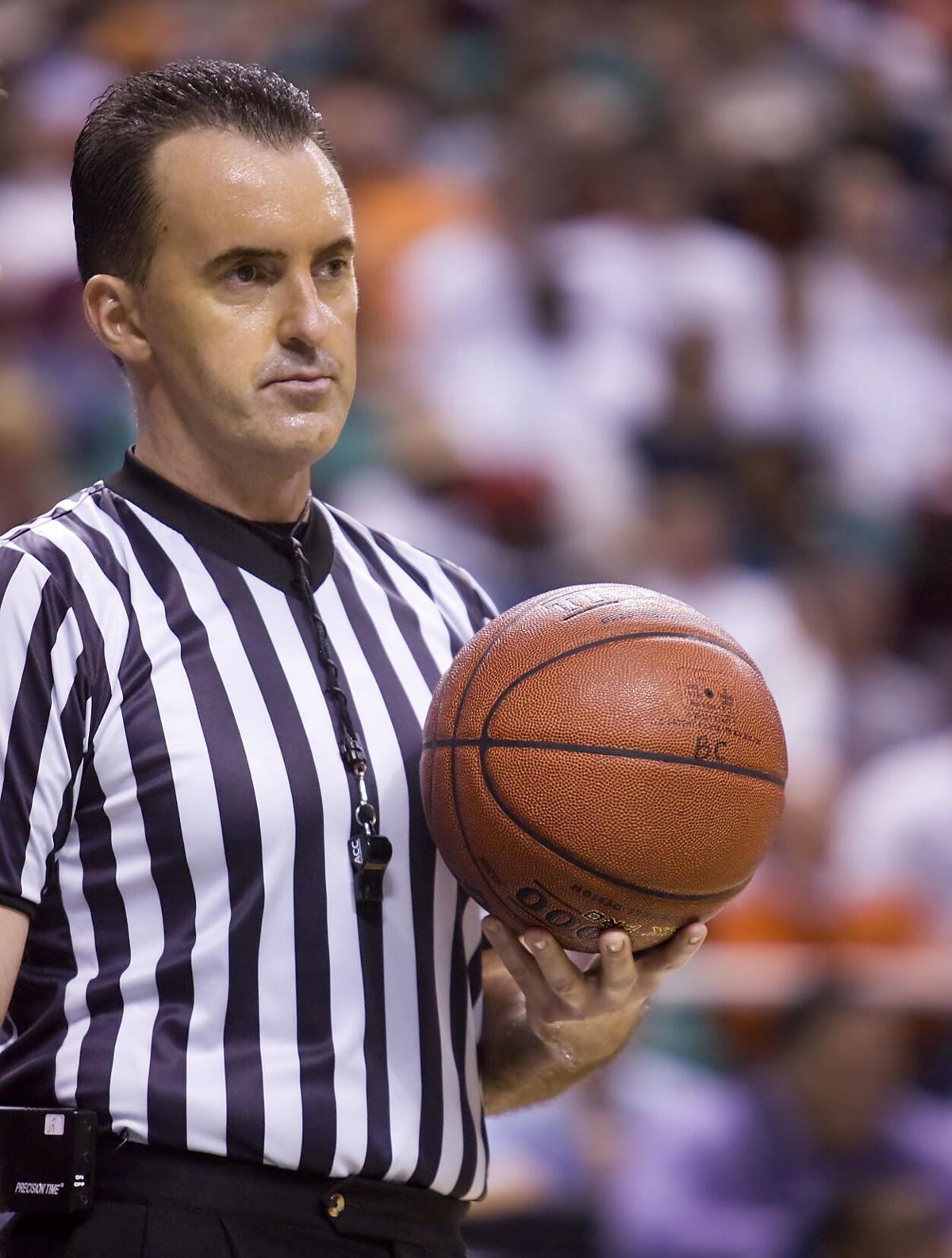 Roanoke County resident Roger Ayers said he had breathing problems because of COVID-19. 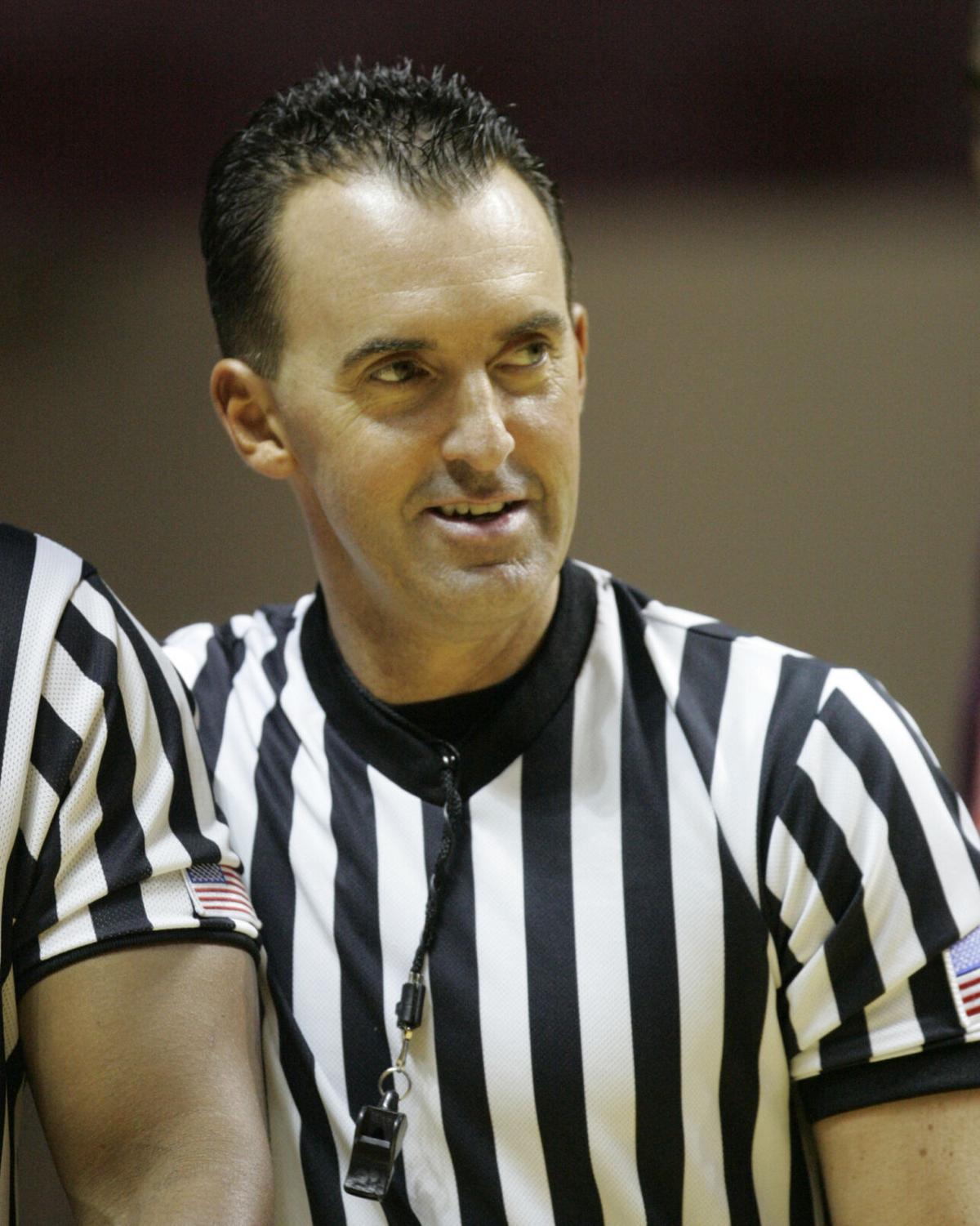 Roanoke County resident Roger Ayers tested positive for COVID-19 on March 14 and again the following day, so he was sent home from Indianapolis without getting to referee in the NCAA Tournament. 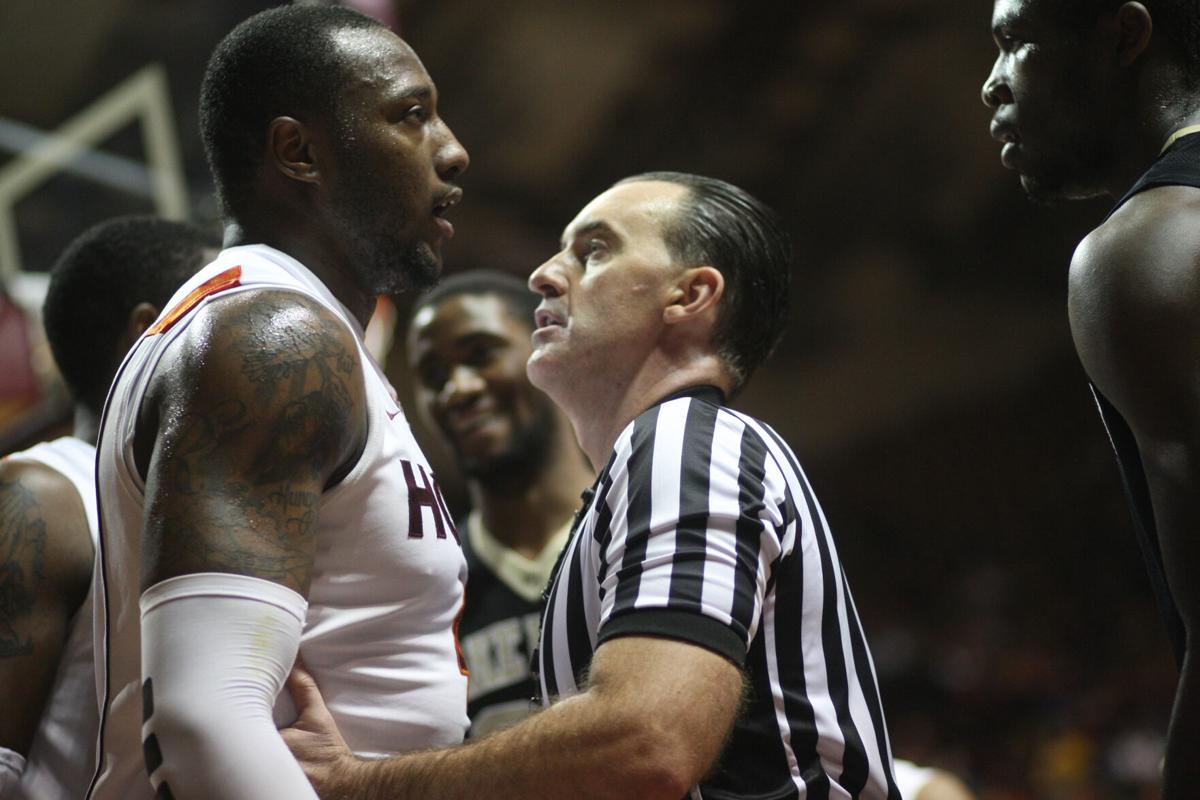 Last month was supposed to have marked the 17th straight year that Roger Ayers served as a referee in the NCAA men’s basketball tournament.

Instead, the Roanoke County resident was battling COVID-19.

Ayers, a referee in the ACC and other conferences, tested positive for COVID-19 on March 14 — the day he arrived in Indianapolis for the NCAAs. He learned of his positive test the following day and headed home without ever getting the chance to referee in this year’s tournament.

“Most days, I’m probably 80-90% now,” he said Thursday in a phone interview. “I’m very blessed I was able to get through this. A lot of prayers.

Ayers never had to be hospitalized, but he said COVID-19 “knocked me down.”

The Patrick Henry High School graduate said that after returning home from the NCAAs, he awoke at about 2 a.m. on March 16 with chills and a sore throat.

“From there, it went downhill for a few days,” he said.

“I had some breathing problems about Day 3 or 4. I was coughing a lot and then I couldn’t get my breath. I couldn’t take a deep breath without some pain.”

His doctor sent him to the Carilion Roanoke Memorial Hospital emergency room for chest and lung X-rays.

“[They] found some cloudiness in my right lung that they were concerned might turn into pneumonia,” he said. “They gave me some medicines and an inhaler and I came home and basically stayed in isolation for 14 days.

“For three or four days, I was out completely. I had zero energy, just enough to grab a Gatorade and lay back down.

“Just to get out of bed for five minutes was a big thing. I spent probably 20 hours a day in the bed. I just had no strength. … Some days I couldn’t raise my head.

“Slowly, over time, it got a little better each day. … I would go out on my patio after about Day 7 or 8 … to get some fresh air.”

He has been able to go to the gym for some light workouts this week.

Ayers, who has been a referee for three Final Fours, has been officiating ACC games since the 2001-02 season.

“I’m still in shock that I tested positive because all year long in the Atlantic Coast Conference they had us testing three days a week minimum,” he said. “In the ACC Tournament, we tested every single day. There was one day at the ACC Tournament I tested twice in one day.

“I stayed by myself [this season]. I traveled by myself. … Wearing the mask, testing constantly. It still got me.”

He also served as an official in the Big 12 and Big East this season, as well as in the Atlantic 10 and the Colonial Athletic Association.

On March 14 (which was a Sunday), Ayers was a referee for the A-10 title game in Dayton, Ohio, between Virginia Commonwealth and St. Bonaventure. He had tested negative the day before.

He drove to Indianapolis on March 14 after the A-10 final. Ayers was in the lobby of his Indianapolis hotel but had not yet checked in when he received a dinner invitation for that night.

“There were several different groups that went out to dinner,” Ayers said. “I just happened to be standing in the lobby and a few of my buddies there said, ‘We’re going to go to dinner next door. Would you like to join us?’

“I didn’t get anything to eat in Dayton. … I was obviously hungry and I knew I was going to be shut in for the next few weeks, so I said, ‘Yeah, let’s go.’

“We wore masks going to dinner. We wore masks at dinner. But when we were drinking and eating, we did not have masks on.”

Ayers said an NCAA representative at the hotel had told the referees it was OK to go out for dinner because they had not yet been tested in Indianapolis.

“Once we tested, which was going to be later that night, then we were in our rooms and we were secluded in that bubble,” Ayers said.

After dinner, Ayers returned to the hotel and was tested.

On March 15, he awoke to the news that his PCR test had come back positive. He was given a second test to make sure it was not a false positive.

“They sent two nurses to my room and they knock on the door and they’re in spacesuits,” he said.

After testing positive a second time, Ayers was given permission to drive home that day so he could quarantine at home.

Ayers was the only referee who tested positive, but the five referees he dined with on March 14 had to leave Indianapolis because of contact tracing. So they could not officiate at the NCAAs, either.

“I felt really, really bad about the five guys I went to dinner with,” he said. “For those five guys not to get to work, … that hurt me almost as much as the positive result.

“I’m sure next year on the road they’re going to make me buy dinner.”

Ayers said he has no idea how he contracted COVID-19, although he does wonder about the Dayton hotel he stayed at for the A-10 final. Not only did he test positive after staying there, but so did members of the VCU program and CBS analyst Jim Spanarkel.

VCU had to withdraw from the NCAAs on March 20 before its first-round game because of multiple positive tests.

“When I heard they were out of the tournament, I was really, really upset. Because in your mind, you’re thinking, ‘Did I cause that?’” Ayers said. “But I’ve been told by health experts that … if you tested negative Saturday, the chance of you exposing someone on Sunday at a basketball game … [is minimal].”

Ayers received text messages from referees, media members and NCAA and league executives while he was battling COVID-19. He heard from coaches, too.

“A lot of coaches … said a lot of nice things,” he said. “I’m going to remind them of that come November when I have a tough-luck charge call.”

Queen Harrison-Claye and Kristi Castlin move in their event, but Cole Beck does not move on in his.

In the region: Creasy resigns as Radford softball coach

Plus track, wrestling, golf and football.

Plus, Kristi Castlin is back in the track trials.

They made a movie about that 2015 Virginia baseball team.

Lord Botetourt graduate Olivia Bray was 11th in the 200 butterfly semis, while Virginia Tech's AJ Pouch was eighth in the 200 breaststroke semis.

Cole Beck is among five current Hokies who will compete in the trials.

Virginia Tech track and field standout Jacory Patterson announced on social media last weekend that he is transferring to Florida.

Roanoke County resident Roger Ayers said he had breathing problems because of COVID-19.

Roanoke County resident Roger Ayers tested positive for COVID-19 on March 14 and again the following day, so he was sent home from Indianapolis without getting to referee in the NCAA Tournament.