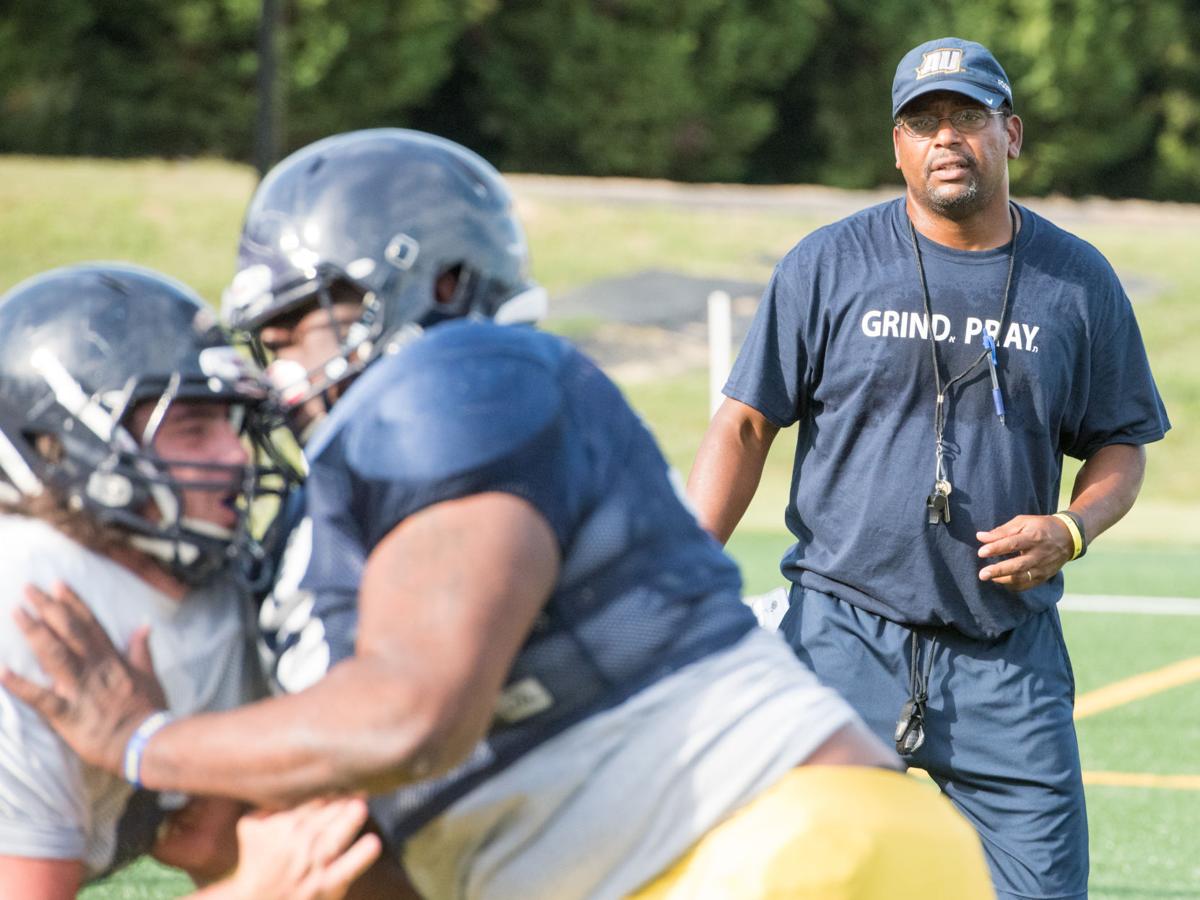 Cleive Adams (right), who steered Averett the past six years, is the new football coach at Ferrum. Adams played at Ferrum under legendary coach Hank Norton and served two stints as an assistant for the Panthers. 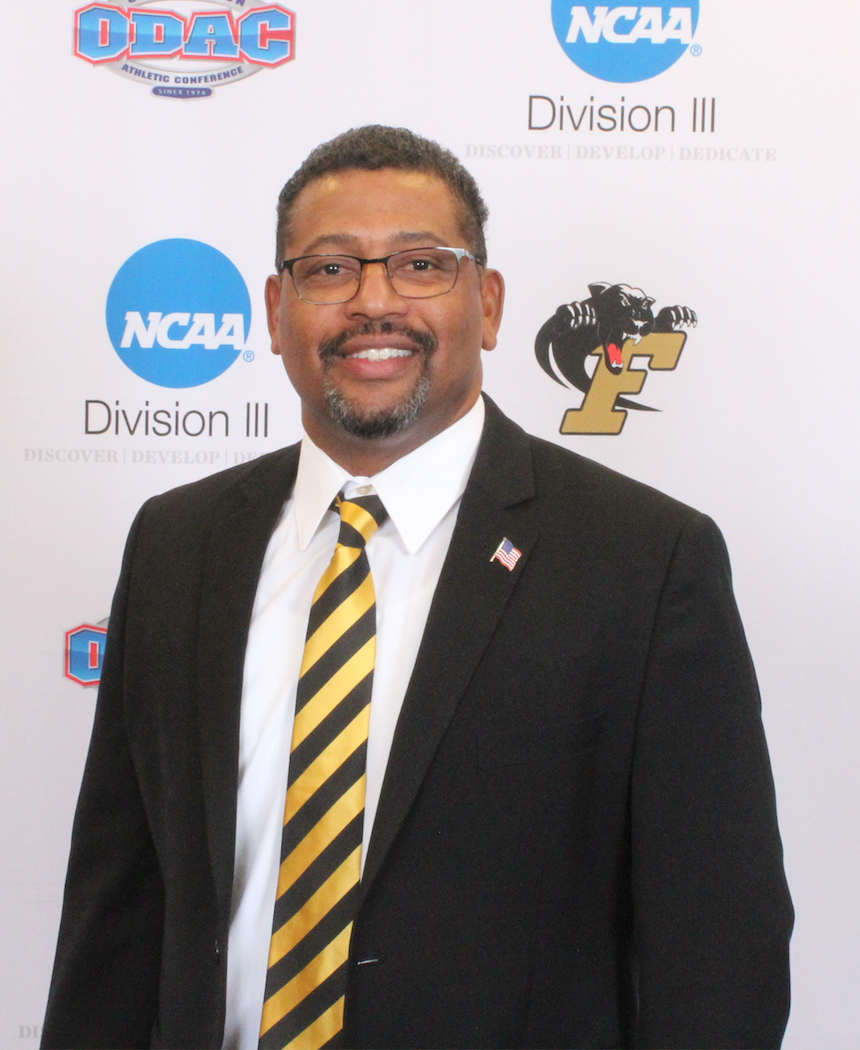 For Cleive Adams, preparing for his first season as Ferrum’s head football coach, it’s a blessing that he’s already been a head coach.

Before accepting the Ferrum job in February, Adams was the head coach at Averett for six seasons, with his last three teams going 21-9 from 2017-19.

How much has that helped during these trying times of the coronavirus pandemic?

“Tremendously,” Adams said Wednesday. “I couldn’t imagine being a first-year head coach with the circumstances we’re dealing with right now.

“I’m taking six years of experience, knowing what [the football landscape] is supposed to look like and then looking at the guidelines and restrictions that we’re operating under right now.

“I think it’s huge, not just knowing the football part of it but also the human resources part of it.”

Adams was hired March 30, at a point when winter and spring sports programs had stopped playing and students were leaving campus.

“When I arrived, probably 98% of the kids were gone,” Adams said. “We still had a handful of kids on campus that elected to stay. There were a handful of football players that were hanging around but, in terms of activity, everything was at a screeching halt.

“I haven’t had an opportunity to evaluate, physically or in person, the talent that we’ve had. We’ve transitioned over the last couple of weeks into talking a little more football.”

Adams, who has been in contact with coaches and players through video conferences, said he would put the odds of Ferrum playing a football slate this fall at 60 or 70%. One ODAC member — Washington and Lee — has already announced it would not field any fall sports teams, including football.

“I know the USA South Conference, where I came from, made a major adjustment in the last day or so, that they’re splitting their conference into an eastern part and a western part,” he said of a proposed six-game slate. “I could very well see the [ODAC] going in the same direction.”

On Saturday, Ferrum will be holding a benefit golf tournament for the football program at the Botetourt Golf & Swim Club. The event has been named after the late Hank Norton, who coached the Panthers from 1960-93. Adams played under Norton at Ferrum in 1988-89.

“I’m actually not going to play,” said Adams, whose contribution to this point has come in securing celebrity Dell Curry, a participant last weekend in the American Century Championship golf tournament in South Lake Tahoe, Nevada, where he finished seventh at age 56.

Adams and Dell Curry are brothers-in-law, with Curry having married Adams’ sister, Sonya.

Dell Curry was joined at the Celebrity Golf Tournament by his son, Stephen, who finished fourth. The NBA star spotted his father six points going in, so the pair finished tied in the family competition.

Their bet annually sends the loser into Lake Tahoe, so this year they both took the plunge.

“I caught bits and pieces of it on TV,” Adams said. “I got a lot of calls and shot [Dell] a text saying, ‘You guys put on a pretty good show.’ ”

When the women’s lacrosse season ended for Roanoke College after five games, former Timesland girls player of the year Lilly Blair, a sophomore, was on a torrid pace .

It's fitting that Virginia Tech defensive back Caleb Farley was the first high profile player to opt out of the 2020 season since there's been nothing conventional about his collegiate career, and now he's blazing his own path to the NFL.

Cleive Adams (right), who steered Averett the past six years, is the new football coach at Ferrum. Adams played at Ferrum under legendary coach Hank Norton and served two stints as an assistant for the Panthers.