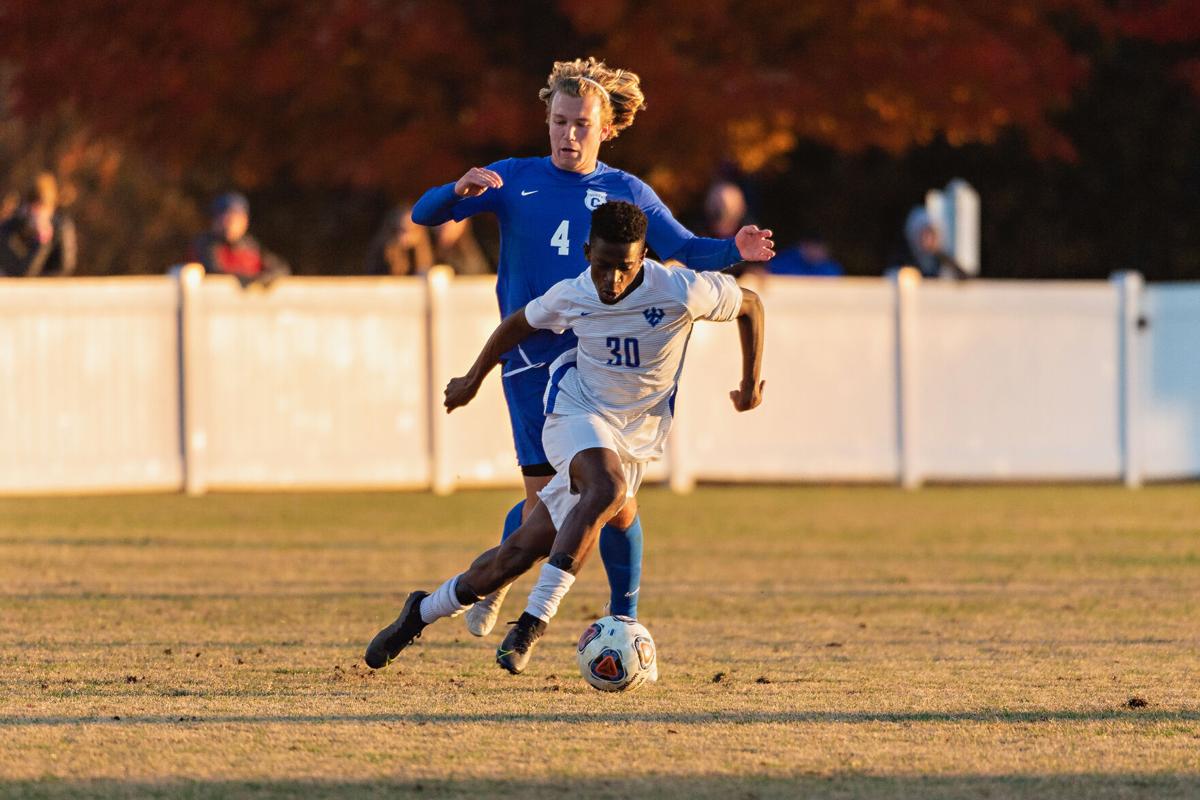 Zimbabwe native Michael Kutsanzira (front) has seven goals and 13 assists for Washington and Lee this season, including a goal in Sunday’s quarterfinal. 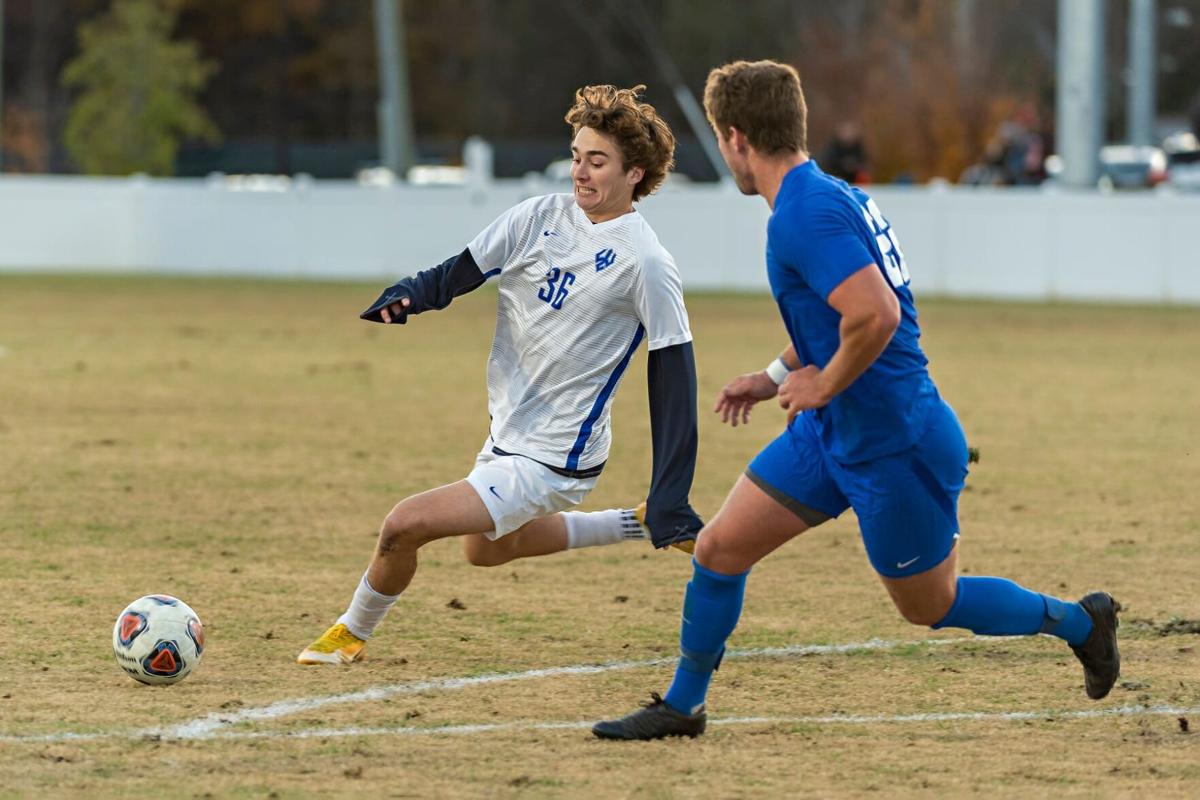 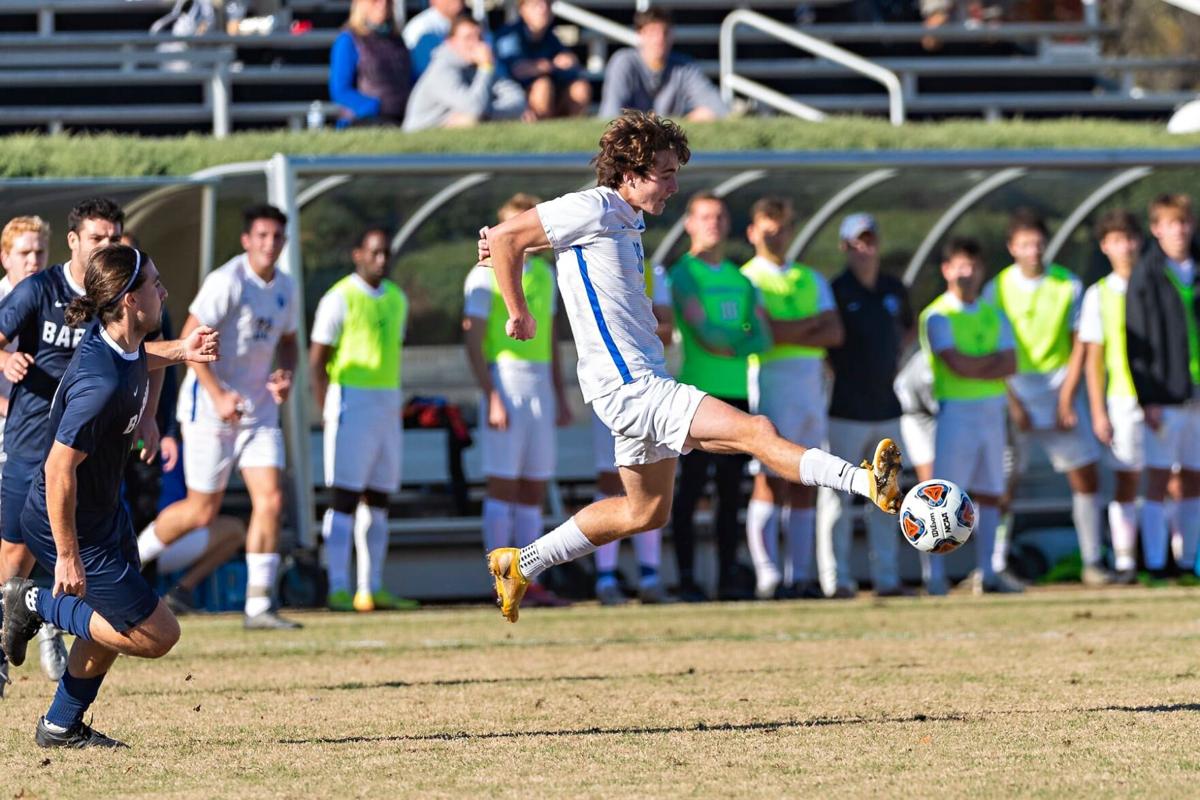 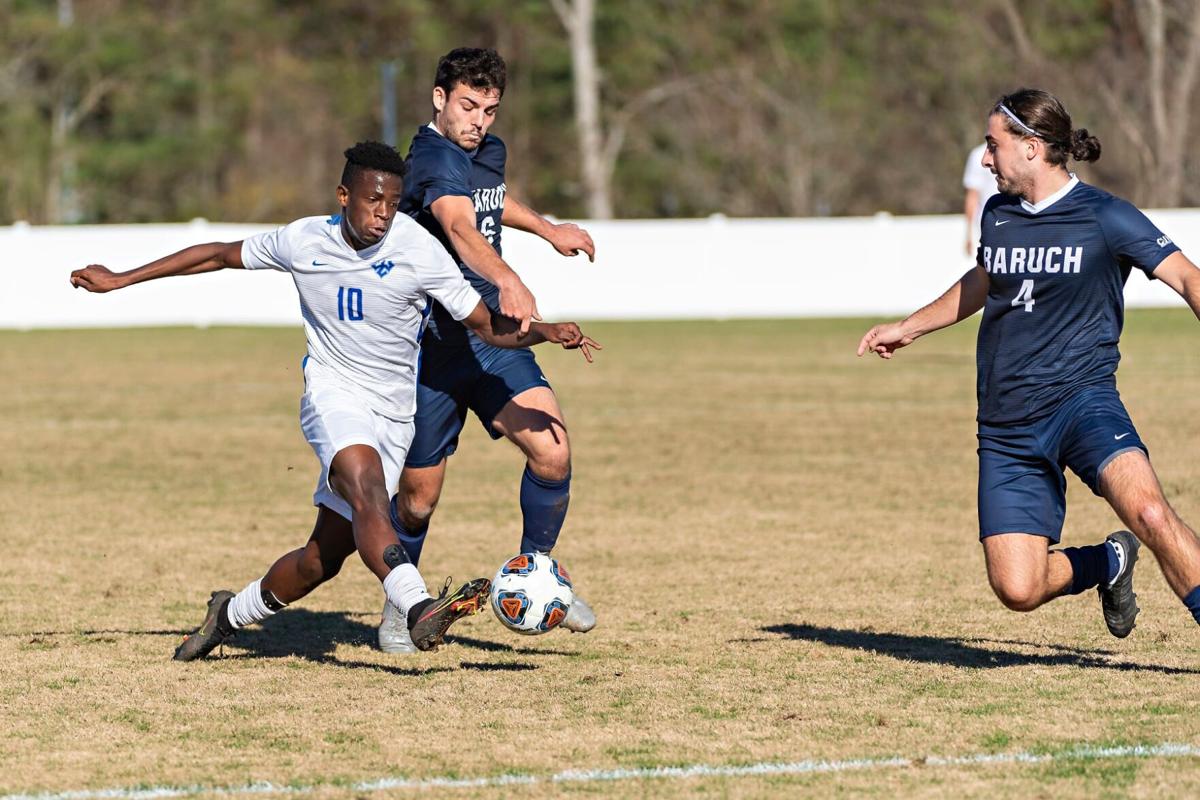 Zimbabwe native Michael Kutsanzira (left) has seven goals and 13 assists for Washington and Lee this season, including a goal in the NCAA quarterfinals.

The Washington and Lee men’s soccer team had not lost a game all season until it was upset in the ODAC semifinals.

But the Generals haven’t lost since — and now they are in the NCAA Division III final four for the first time in their history.

Generals coach Michael Singleton had a hunch that W&L’s 3-2 overtime loss to Randolph in the ODAC semifinals on Nov. 3 would be good for his team.

“It was definitely the medicine we needed,” Singleton said Monday in a phone interview. “The guys sort of realized that if they wanted to reach the goals they had set for themselves we had to buckle down and focus a bit better and do what we’re capable of. And sure enough, they’ve responded.

“The first NCAA game, we showed ourselves to be better. But then each game we’ve played, we’ve been better and better and better. … With the increased pressure and success, they’ve been mentally more focused.”

The Generals will not play again until next week.

They will meet Connecticut College (17-4-1) at 5 p.m. on Dec. 3 (a Friday) at UNC Greensboro. Amherst (16-2-2) will face the University of Chicago (16-5-1) in the second game of the semifinal doubleheader. The winners will meet for the title the following night.

Singleton, who will give his players Thanksgiving Day and Friday off this week, said he is not worried about W&L losing its momentum before the final four.

“The week and half we had in between our loss to Randolph and the NCAA tournament made us better. I expect this can make us better, too,” said Singleton, who is in his eighth season at W&L.

The United Soccer Coaches organization is not pleased that the semifinals and final are being held on back-to-back nights.

The group asked the NCAA on Nov. 8 to add a day off between the semifinals and final in both the Division III men’s and women’s tournaments in order to give players time to rest and recover.

The NCAA turned down the request on Nov. 15.

“I hope the NCAA wakes up and follows their own medical committee’s advice [about recovery time] going forward [next year],” Singleton said.

W&L’s first- and second-round NCAA games were held on back-to-back days two weeks ago. So were W&L’s Sweet 16 and quarterfinal games last weekend.

“We’ve built the squad to be able to [win on back-to-back days],” Singleton said. “We have to have quality depth that goes deep because there’s no way you could ask players to play 180 minutes in two days.”

W&L was ranked No. 1 in Division III in the final national coaches poll, which was released the day before its ODAC semifinal loss. Upcoming foe Connecticut College was No. 6 in that final poll.

The Generals have been at home for all four of their NCAA tournament games so far.

“That was absolutely huge,” Singleton said.

Singleton figures having the final four in Greensboro will also be an advantage for his team.

“I think we’re going to have a huge crowd there,” he said.

The Generals beat Baruch 6-1 in the first round on Nov. 12. The following day, Grant McCarty scored in the 86th minute to give W&L a 2-1 win over Covenant.

W&L beat 24th-ranked Christopher Newport 3-2 in the Sweet 16 on Saturday. A shot by CNU sent the ball rolling towards the goal with 40 seconds left, but W&L defender Seth Chapman kicked the ball away just inches before it would have gone into the net for the tying goal.

Singleton said Sunday’s 3-1 win over eighth-ranked Messiah was the best game the Generals have played all year.

“Our team speed is very good,” Singleton said. “We haven’t faced a team who can match us in attacking creativity.”

W&L sophomore Adrian Zimmerman, who entered the NCAAs having scored six goals on the season, has erupted for 10 goals in W&L’s four NCAA tournament games. He has already broken the record for the most goals and points (20) in a single Division III men’s soccer tournament.

Zimmerman scored four goals in the first-round win, one in the second round, all three goals Saturday and two more Sunday.

W&L goalkeeper Michael Nyc, who had been sidelined since suffering a torn PCL on Oct. 2, returned to action in the first-round win. He had four saves in Sunday’s quarterfinal.

This is the seventh time W&L has made the NCAAs; there was no Division III tournament last season because of the coronavirus pandemic.

Singleton said W&L might have had a final four team in 2019 if Michael Kutsanzira had not been sidelined with a stress fracture halfway through that season. Kutsanzira has seven goals and 13 assists this fall.

The settlement was announced in a joint statement.

Zimbabwe native Michael Kutsanzira (front) has seven goals and 13 assists for Washington and Lee this season, including a goal in Sunday’s quarterfinal.

Zimbabwe native Michael Kutsanzira (left) has seven goals and 13 assists for Washington and Lee this season, including a goal in the NCAA quarterfinals.