Bills vs. Chiefs: Updates and scores from the NFL playoffs

Duke defensive tackle Gary Smith III (right) tackles Virginia tailback Wayne Taulapapa during a game at Scott Stadium in October. Smith, who is in the transfer portal, has an offer from the Cavaliers.

UCLA wide receiver Ethan Fernea (left) is tackled by Stanford outside linebacker Andres Fox in a 2020 game in Pasadena, Calif. Fox, who is in the transfer portal, has an offer from Virginia.

He’s aware of the offensive line situation at Virginia.

The Cavaliers are in need of replacements to fill out their front, and they could benefit from John Paul Flores’ experience.

“Anywhere I go, I’ll have to compete,” Flores, an offensive lineman from Dartmouth who is currently in the transfer portal, told The Daily Progress, “and you show your true colors and when you’re in competition, the best comes out. And hopefully, I’d get in the mix, but it’s up to me and how I play.”

Guard Joe Bissinger, who started four times this past season, departed for SMU, and right tackle Ryan Swoboda has reportedly visited Miami, according to 247Sports.

So, new coach Tony Elliott and returning offensive line coach Garett Tujague are in search of players to plug the vacancies on the o-line.

Flores said UVa is high on his list of potential destinations. He has an offer from the Hoos, and said he’s also earned offers from most of the schools in the Mid-American Conference as well as East Carolina, James Madison, Temple and Texas State. He said other Atlantic Coast Conference programs in addition to some from the Big Ten have reached out, too.

“What I’m looking for transfer wise, coming from the Ivy League, on and off the field is important,” Flores said. “Virginia, having a great business school and one of the best MBA programs, it’s a huge deal. Then, also competing at a Power Five level on the national stage is important.”

This past fall, the 6-foot-5, 295-pounder was an All-Ivy League second-team selection for Dartmouth’s conference championship squad, which finished ranked No. 20 in the final Stats Perform FCS Top 25. Flores started 20 games at left tackle for the Big Green between this past season and 2019.

The Ivy League didn’t play in 2020 due to coronavirus concerns.

He said he’ll finish up at Dartmouth in the spring, and then arrive at his new school this summer and play out his final two years of eligibility wherever he chooses. Flores said he’s eager to visit Charlottesville and would do so once he has a feel for his availability around his Dartmouth winter-term class schedule.

Here are three additional portal targets to keep an eye on:

Within the ACC, UVa offered Duke transfer defensive tackle Gary Smith III on Jan. 4, according to his Twitter page.

The Blue Devils, like the Cavaliers, have experienced a coaching change since the end of the regular season. Duke hired former Texas A&M defensive coordinator Mike Elko to replace David Cutcliffe.

Smith III started nine games this past season for Cutcliffe’s bunch. A 6-foot-2, 320-pounder, he racked up 24 tackles to go along with 2.5 tackles for loss and a sack.

On Dec. 29, Stanford outside linebacker Andres Fox announced on Twitter that he earned an offer from UVa.

In limited action for the Cardinal this past fall, he had seven tackles, a tackle for loss and a pair of quarterback hurries. Fox is a native of Mobile, Ala.

Another offensive lineman from the FCS ranks, Tre’mond Shorts announced his decision to leave East Tennessee State on Dec. 13, and claimed an offer from UVa not long after.

Shorts, a redshirt junior this past fall, was a first-team All-Southern Conference selection for the Buccaneers.

Mike Young was "mystified" by his team's rebounding woes.

After fending off Pitt, Virginia Tech women 'super excited' for No. 4 N.C. State

The second-place Hokies will visit the first-place Wolfpack on Sunday.

Tech improved to 5-1 in ACC play, while UVa remained winless in the league.

New Virginia Tech head football coach Brent Pry grew up in a football family, and has learned some lessons from his father, a retired college and high school coach.

Duke defensive tackle Gary Smith III (right) tackles Virginia tailback Wayne Taulapapa during a game at Scott Stadium in October. Smith, who is in the transfer portal, has an offer from the Cavaliers.

UCLA wide receiver Ethan Fernea (left) is tackled by Stanford outside linebacker Andres Fox in a 2020 game in Pasadena, Calif. Fox, who is in the transfer portal, has an offer from Virginia. 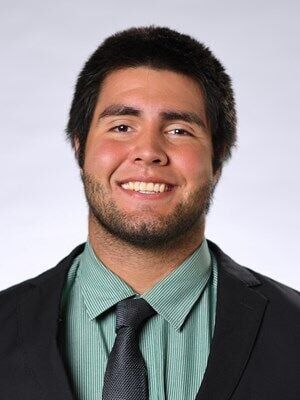