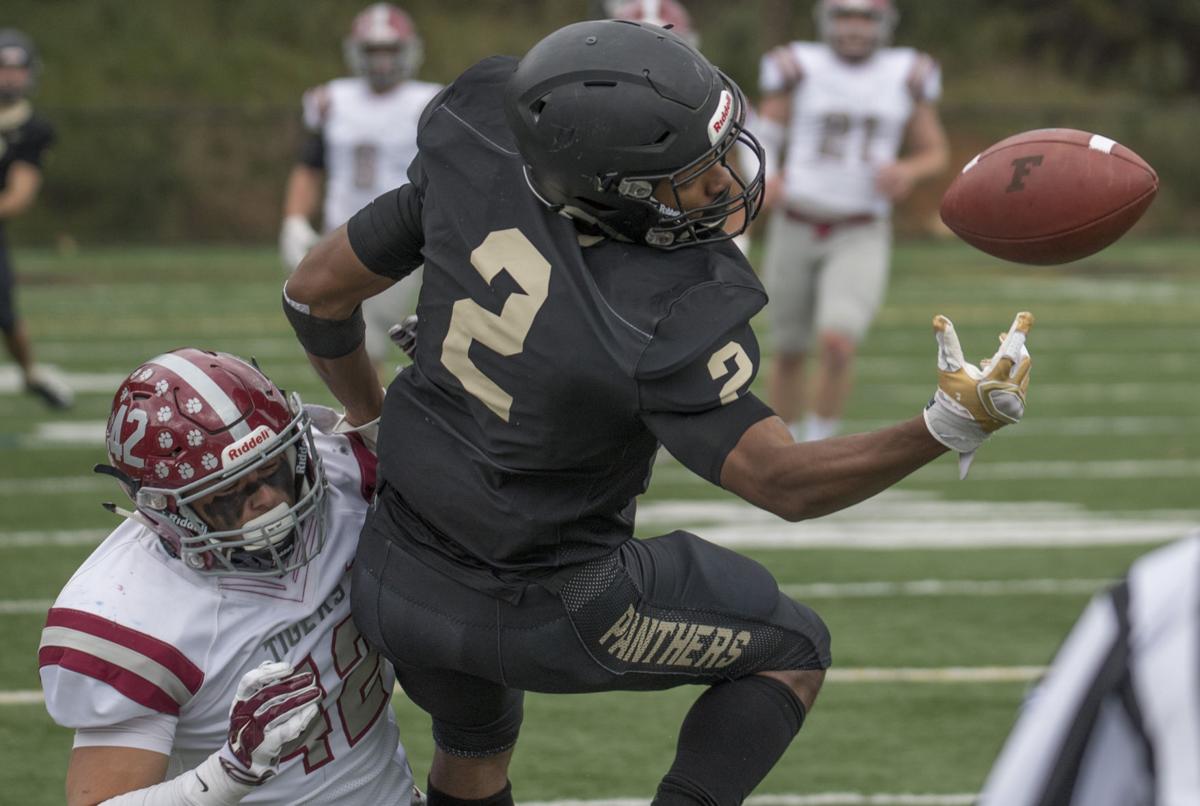 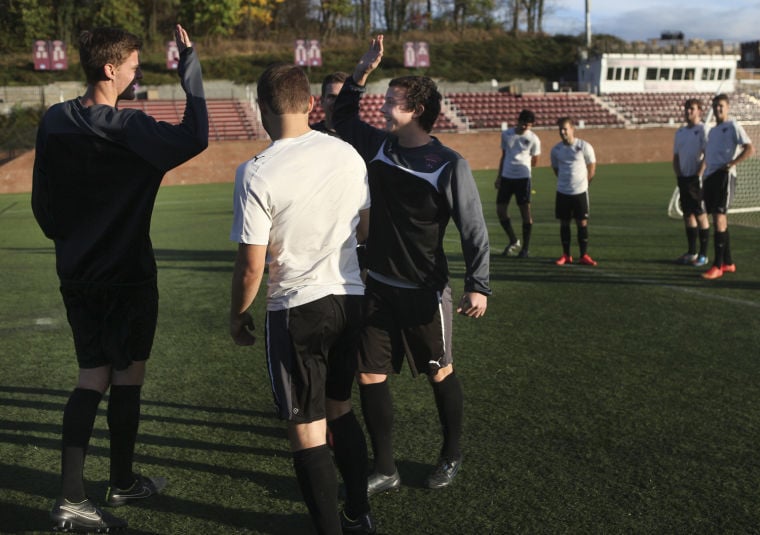 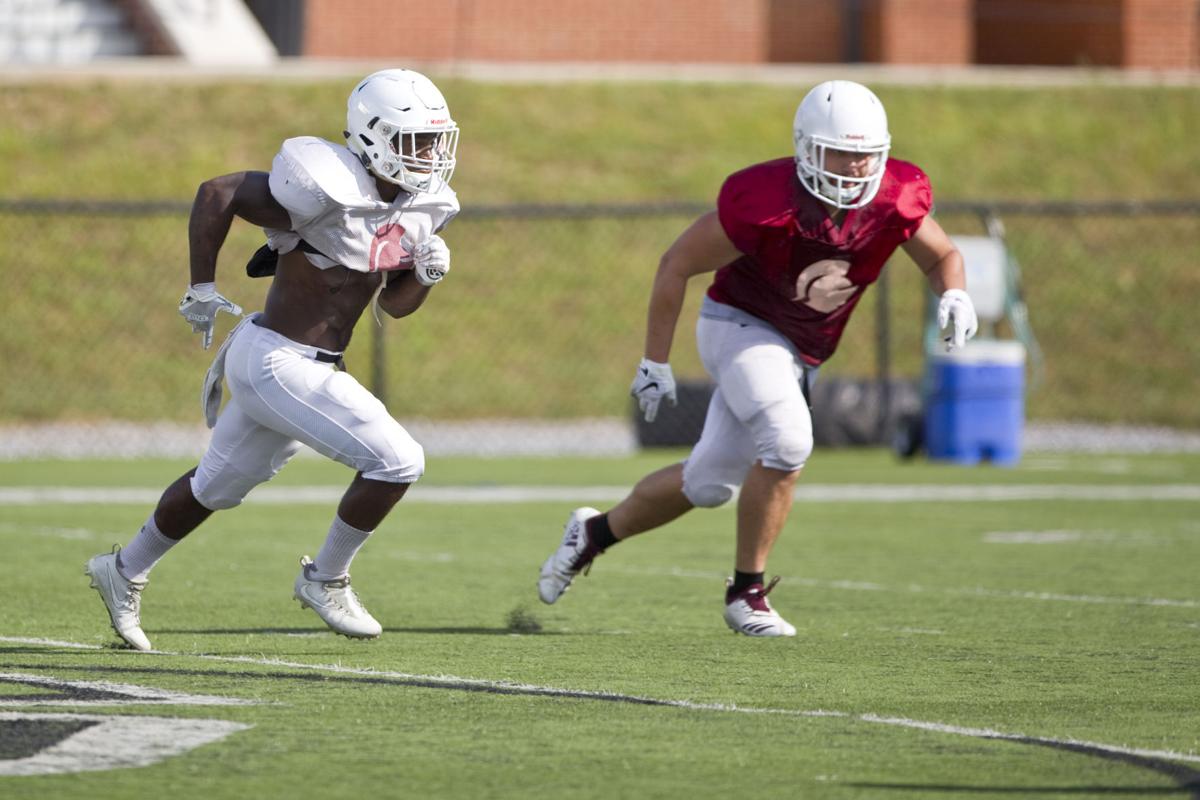 ODAC schools will not play games in football, soccer, or any other sports this fall.

The NCAA Division III conference announced Tuesday it is postponing its fall sports season until the spring semester because of the coronavirus pandemic.

“To keep everyone safe, our students and our staff, this was the best course of action,” Ferrum athletic director John Sutyak said in a phone interview. “We waited as long as we could.”

ODAC winter teams will not play in the fall semester, either. ODAC schools will not have any competitions until Jan. 1.

“[The decision was based on] how things had gone these last couple of weeks, when you see nationally cases have risen,” Roanoke College athletic director Scott Allison said. “There’s hot spots all over the country. … We felt like the best interest of keeping our campuses safe was to postpone fall competition.”

“You look at the trends across the country, the trends across Virginia, and then you factor in North Carolina with our ODAC colleagues from Guilford, … it’s very alarming,” Emory & Henry athletic director Anne Crutchfield said. “To ask our athletes to travel from schools to schools, … we just could not guarantee the health and safety of our athletes.”

ODAC member Washington and Lee had already announced on July 10 that it would not compete in fall sports and that its winter teams would not start play until Jan. 1 at the earliest.

The NCAA recommends that COVID-19 testing and results should be obtained by schools within 72 hours of a football game kicking off and within 72 hours of the first game of the week for other “high contact risk sports,” including soccer, volleyball and field hockey.

“We were looking at $30,000 just to test all of our [Ferrum] fall student-athletes one time, and then all of a sudden it becomes you should do this … once a week,” Sutyak said. “That’s not realistic.

“And, to be honest, does that serve the community, that we’re testing our kids all the time? Would we even have the availability?

“That, to me, was the nail in the coffin for now.”

Hollins athletic director Myra Sims figures it would have cost the women’s college about $11,000 a week to test its athletes each week in the fall season.

“The NCAA guidelines around the testing, that was a major factor [in the ODAC’s decision],” Sims said. “The cost is a huge consideration. So are all the logistical factors of getting tests and getting results.

“The testing guidelines … was kind of the final straw.”

The ODAC had announced July 4 that none of its fall teams would be allowed to play their season openers until Sept. 11. The original date had been Sept. 1.

But since the ODAC made that announcement, some other leagues and schools around the country had decided to scrap the fall season.

“It became pretty evident, once you start seeing the [decisions of the] Ivies … and some of the other conferences out there, … that we needed to really evaluate whether we could do this or not,” Sutyak said. “I was very optimistic that we were going to get the season in, … and then a couple weeks ago, everything started going down a spiral.”

The ODAC decided to scrap fall sports even though the NCAA has yet to postpone or cancel the Division III fall sports championships. But it may just be a matter of time before the NCAA pulls the plug on them.

“We’re on the back half of the [Division III] conferences that said they weren’t going to do it,” Sutyak said. “I don’t know if they’ll have enough teams to fill it out.”

The ODAC has yet to decide exactly when during the spring semester its fall teams will play their games.

“It will create a great deal of logistical challenge for all of us when you have a small [athletic] staff,” Sims said.

Crutchfield said she hopes ODAC football can be played in March and April.

Emory & Henry football coach Curt Newsome said the ODAC’s decision was “the right thing to do.”

“We’ll all miss [football this fall], but we understand what’s going on,” Newsome said. “[E&H players] were excited about the opportunity to come back in the spring and have a conference schedule.”

Southern Virginia won’t be playing any fall sports, either.

SVU belongs to the ODAC for football and to the Capital Athletic Conference for its other fall sports. The Capital Athletic Conference announced Tuesday it is postponing the fall seasons for soccer, volleyball, field hockey and cross country. SVU athletic director Deidra Dryden said in a statement that she hopes those seasons will be able to move to the spring semester.

Roanoke, Ferrum, Hollins, E&H and SVU are still planning for their fall teams to practice .

“We’re waiting for some NCAA guidance,” Sutyak said. “Hopefully we’ll be able to kind of expand on what they normally would do in their offseason.”

The ODAC will be postponing football and other fall sports to the spring semester. Below are the number of college underclassmen from Timesland high schools who were on ODAC football rosters last fall.

Notes: Clemson hasn't played a game in 11 days, as opposed to Virginia, which is coming off an 80-68 victory over Notre Dame on Wednesday afternoon in Charlottesvillle. ...  The Tigers' only loss occurred Dec. 15, when Virginia Tech defeated Clemson 66-60 in Blacksburg. … Clemson has won four succeeding games, including three against ACC opposition, capped by a 74-70 Tigers win over North Carolina State on Jan. 5. … Clemson started the season with five straight victories, including wins over Mississippi State and Purdue in Melbourne, Florida. …Clemson also trounced former ACC rival Maryland, 67-51, followed by a 64-56 victory over Alabama. … The Tigers' Aamir Simms (6 foot 8, 240 pounds) is a central Virginia product, having grown up in Fluvanna County before heading to the Blue Ridge School in Greene County. He had 16 points against the Cavaliers in a 51-44 Tigers' loss last year at John Paul Jones Arena, where the Tigers missed a 3-pointer that would have tied the score with 1:28 remaining. … Clemson's second-leading scorer is 5-10 guard Nick Honor, a transfer from Fordham who sat out the 2019-2020 season. … Honor averaged 15.3 points as a freshman at Fordham and made 70 3-pointers. … Virginia and Louisville, which travels to Miami this weekend, are the only teams that are undefeated in ACC play.  -- Doug Doughty