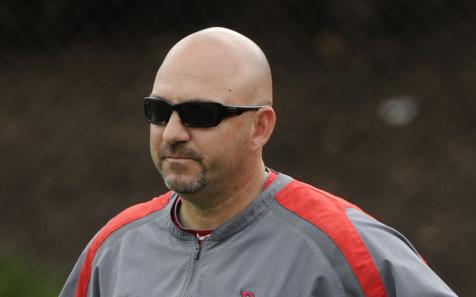 Radford baseball coach Joe Raccuia, who has led the Highlanders to two NCAA tournament berths, has been placed on administrative leave. 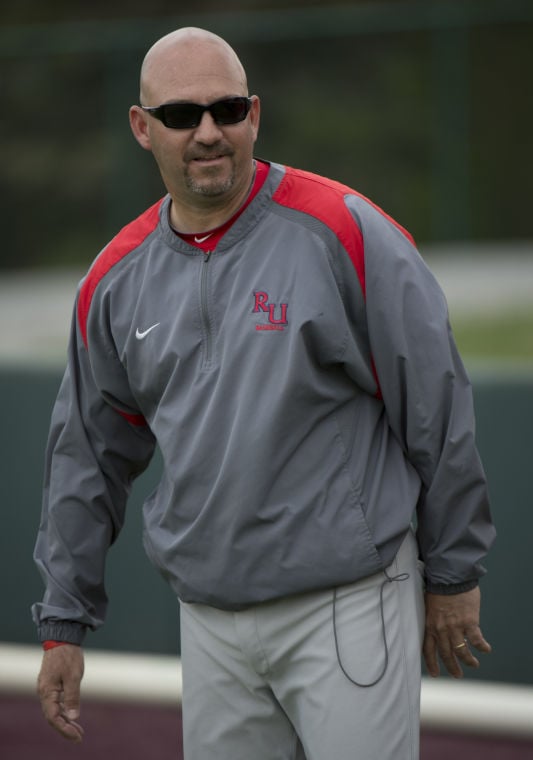 Radford’s Joe Raccuia, who was named the Big South baseball coach of the year in 2015, has been placed on administrative leave. 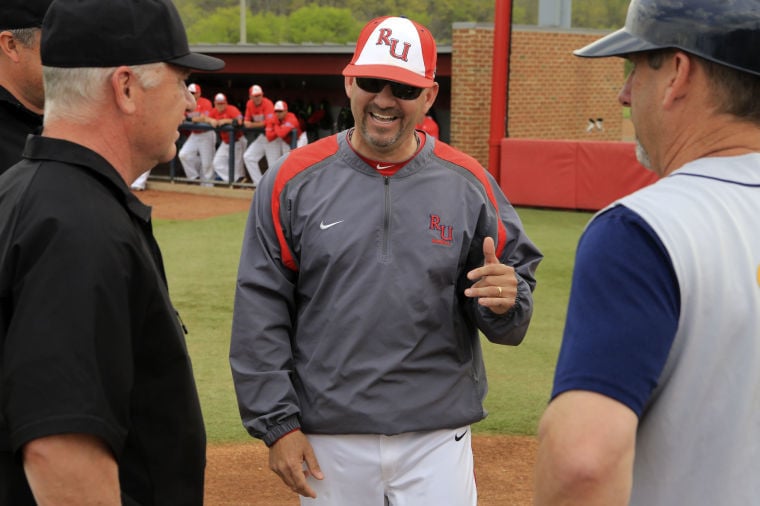 Radford coach Joe Raccuia (center) led the Highlanders to the NCAA tournament in 2015 and 2017. He was named the Big South baseball coach of the year in 2015.

Joe Raccuia, the head baseball coach at Radford University for the past 12 seasons, has been placed on administrative leave.

Lineburg did add that assistant coach Josh Reavis will manage the program in Raccuia’s absence.

Raccuia declined to comment in a text message Wednesday.

J.D. Mundy, a rising senior on the Highlanders, said Lineburg and the assistant coaches broke the news of Raccuia’s administrative leave to the players in a conference call two or three weeks ago.

“That’s all we really know about it,” said Mundy, a first baseman/designated hitter who graduated from Northside High School. “We don’t really know what the situation was [that led to the leave].”

The players were informed on that conference call that Reavis would be filling in but were not told for how long.

Mundy said Lineburg has since called him to ask about Raccuia. Mundy said a few other Radford officials joined him and Lineburg on that call, which happened about a week ago.

Lineburg and the others phoned other Radford players as well, Mundy said.

“They called us and asked us what kind of a coach he was, stuff like that,” Mundy said. “I didn’t throw him under the bus. I was saying nice things about him because I like him as a coach, but I don’t know what other people said.

“They called everybody individually. … They were like, ‘What kind of culture do you all have?’ … I said we have a good culture and we have a good bond between the guys and we like coming out to the field every day. I said he was a good coach, a fiery coach who says what he wants to — but I like that.”

Raccuia has steered his alma mater to the only two NCAA tournament bids in its history.

Radford first made the NCAAs in 2015, when it swept the Big South regular-season and tournament titles. The Highlanders broke the school single-season records for overall wins (45) and Big South wins (20) that year, when they cracked the national polls for the first time. Radford lost to Vanderbilt in an NCAA regional final. Raccuia was named the Big South coach of the year.

The Highlanders made it back to the NCAAs in 2017, when they won the Big South tournament.

The Highlanders went 30-27 overall and 19-8 in Big South play this year, when they finished second in the league standings. Raccuia earned his 400th career win as a college head coach this year.

Thirteen Radford players have been chosen in the Major League Baseball draft since Raccuia has been the head coach.

Raccuia is 406-381-1 in 14 seasons as a head coach, including two seasons at Marist. Raccuia, who has 348 wins as Radford’s coach, was inducted this year into the Salem-Roanoke Baseball Hall of Fame.

Reavis, a former Radford standout and ex-minor leaguer, is the team’s hitting coach and co-recruiting coordinator. He has been on Raccuia’s staff for two seasons, including one year as a volunteer assistant.

Radford baseball coach Joe Raccuia, who has led the Highlanders to two NCAA tournament berths, has been placed on administrative leave.

Radford’s Joe Raccuia, who was named the Big South baseball coach of the year in 2015, has been placed on administrative leave.

Radford coach Joe Raccuia (center) led the Highlanders to the NCAA tournament in 2015 and 2017. He was named the Big South baseball coach of the year in 2015.