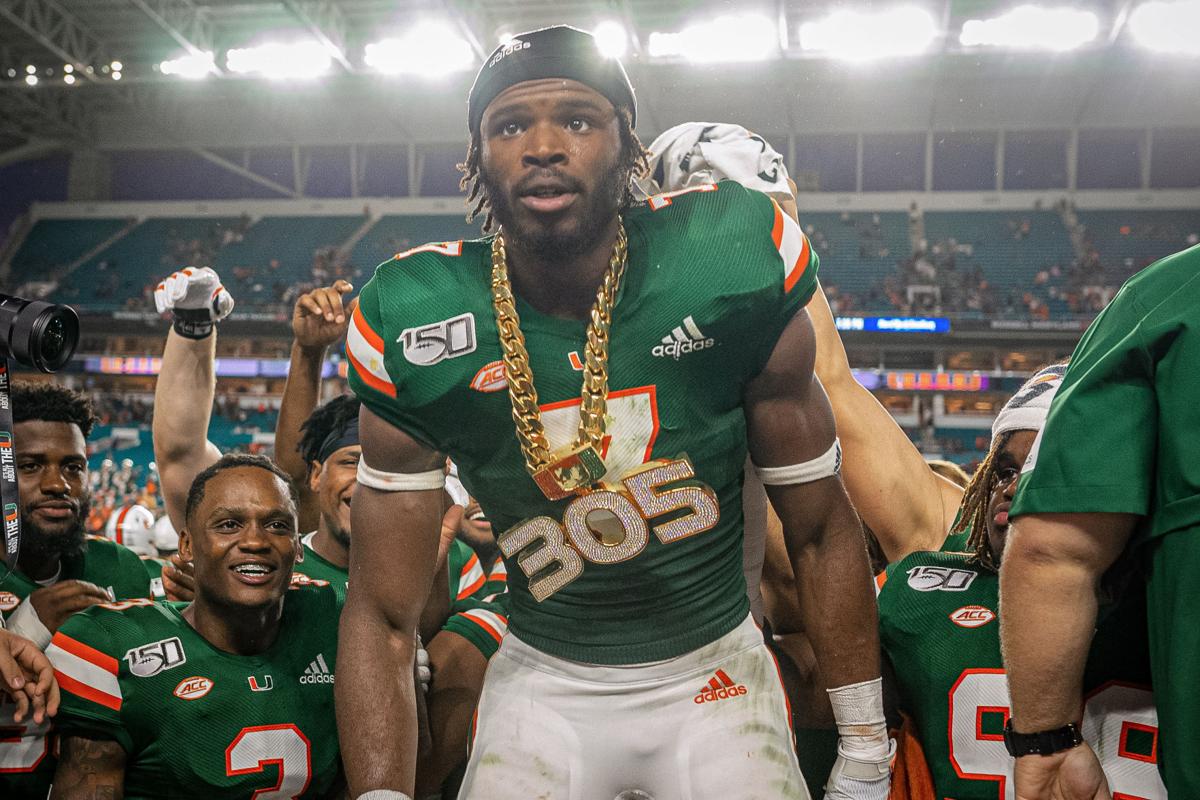 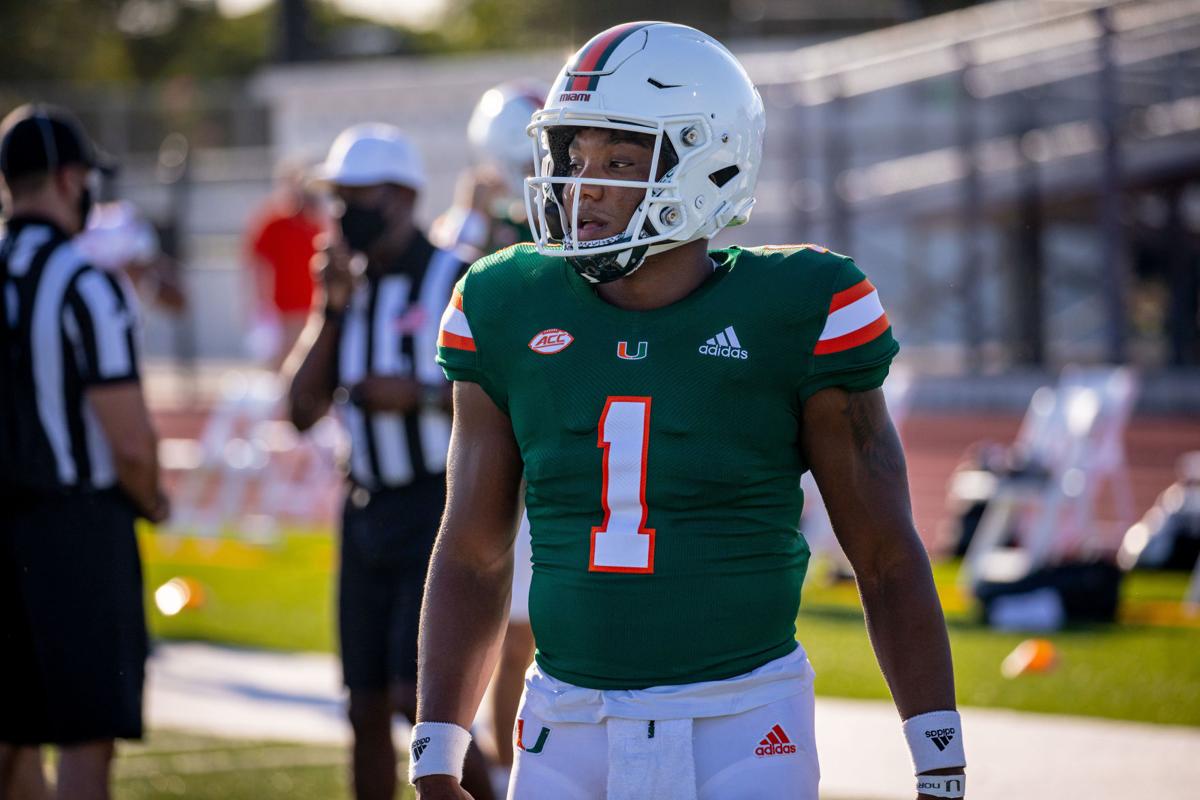 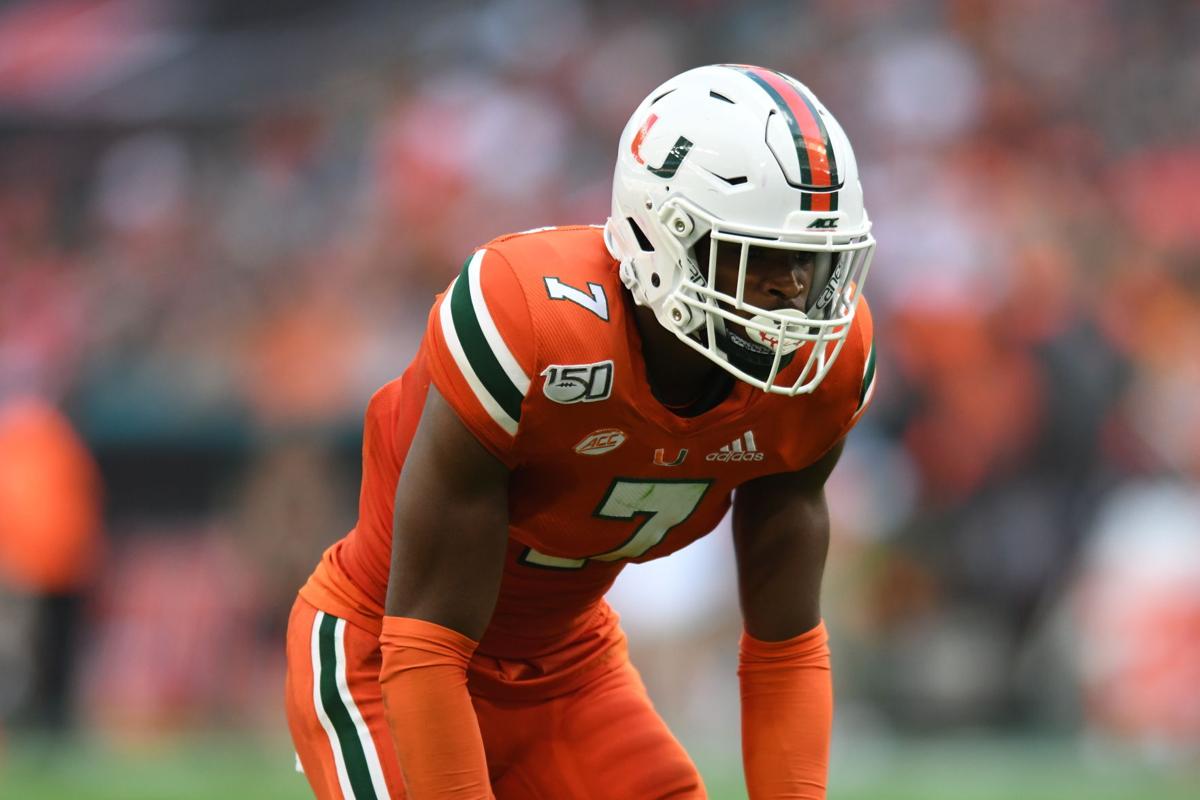 RETURNING STARTERS: 6 on offense, 3 on defense

TE BREVIN JORDAN ON QB AND HOUSTON GRADUATE TRANSFER D'ERIQ KING: "He's an electric player. He has extreme arm talent. That dude throws a crazy deep ball. He launches it. What I really respect most about D'Eriq is he came in to 'The U’ and he claimed QB1. We sat back and watched him be like, 'I'm QB1.’ We all respect him. He's the first guy in the building and the last dude to leave the building. We needed a senior that played a lot of college football to come in and take over this team. … That dude has an electric arm. He has electric feet."

DE AND TEMPLE GRADUATE TRANSFER QUINCY ROCHE ON PRESEASON ALL-AMERICAN DE GREGORY ROUSSEAU OPTING OUT: "We were so deep at defensive end. Obviously, we're going to take a hit, but it's next man up. … We've got a lot of guys in that room that can play football. So I'm still excited about this D-line and I still think we can do some big things in this conference."

MANNY DIAZ ON PLAYING 10 ACC GAMES: "It's very exciting. It's going to be a unique deal for everybody, but it makes every week a big deal. Not having divisions, kind of having everybody in sort of one big pile, I think it's really fun. Week in and week out, you're going to play someone that if you don't play well, you're going to get beat. So I think our guys are excited for that challenge."

BLACKSBURG — Virginia Tech doesn’t have a whole lot of space to add new faces with national signing day coming up in a couple of weeks.

"We should be much better," Aisha Sheppard said.