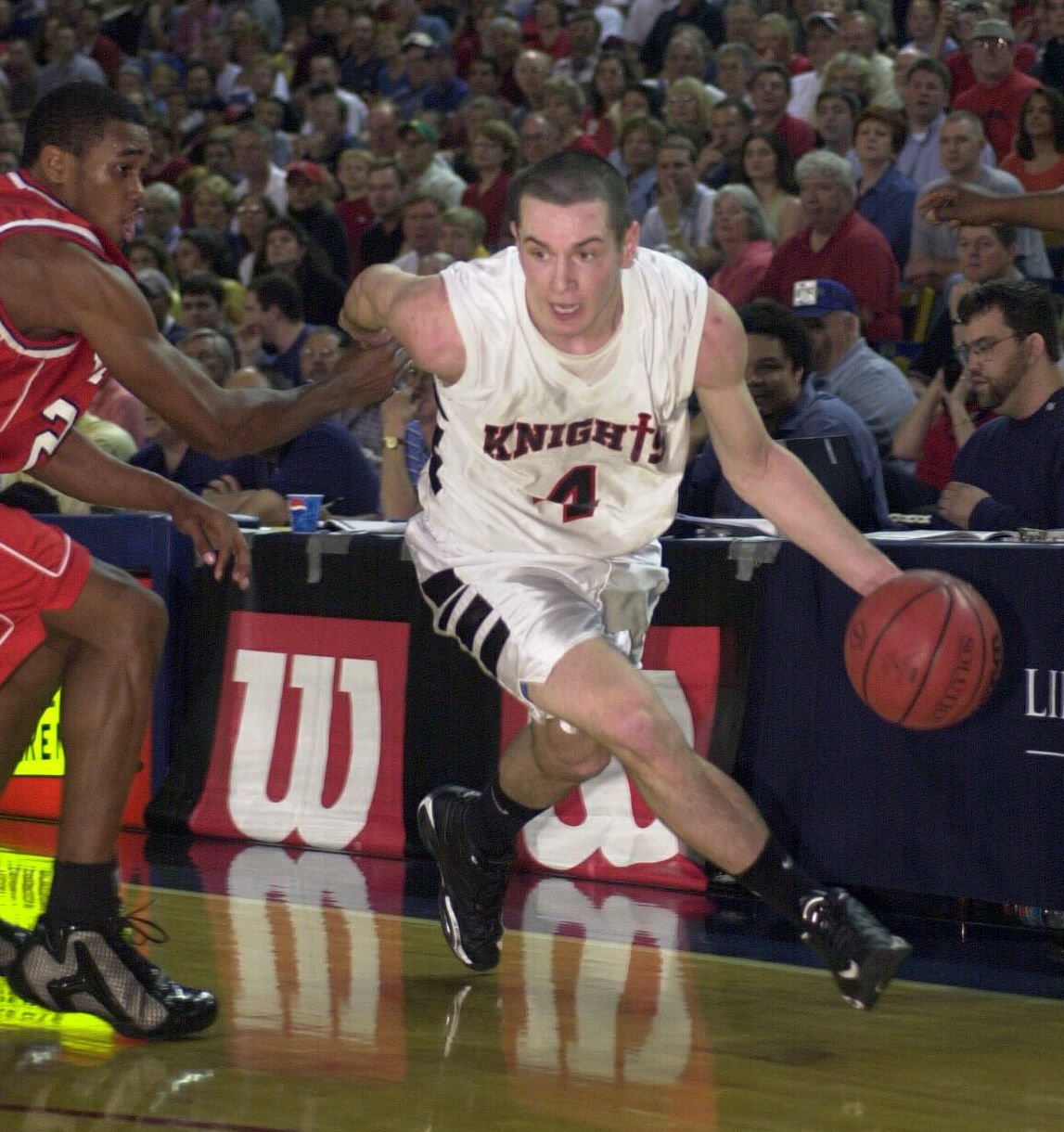 J.J. Redick celebrates after making a 3-pointer in the 2006 ACC tournament title game.

Pelicans guard JJ Redick celebrates a basket during a 2019 game against the Suns in Phoenix. Redick announced his retirement on Tuesday.

Pelicans guard J.J. Redick reacts after making a 3-pointer in the second half against the Jazz on March 1. Redick announced his retirement on Tuesday.

At the start of the podcast announcing his retirement from the NBA on Tuesday, J.J. Redick described the Roanoke home where he and his family moved 30 years ago this month.

There on Lost Mountain Road, in a sloped gravel driveway outfitted with a homemade hoop, Redick taught himself to shoot.

He was a heck of a teacher.

There by day and night — he ran an extension cord out of the garage and clamped a light onto a chair — and no matter the weather, Redick honed the technique and forged the confidence that made him one of the best pure shooters in history.

Moreover, in that home Redick discovered the intellectual curiosity that led him to embrace Christianity — he has several tattoos of Bible verses — major in history and minor in cultural anthropology.

His parents, Ken and Jeanie, a counselor and nutritionist, respectively, graciously welcomed me to their secluded, rustic outpost — Ken and J.J. split the wood for the stove that heated the farmhouse — in February 2004 during Redick’s sophomore season at Duke. The view of his roots was fascinating and revealing.

The Redicks were, and are, a basketball family. Ken played at Division III Ohio Wesleyan. J.J.’s older twin sisters, Alyssa and Catie, played at Campbell University, younger sister Abby at Virginia Tech and Drexel. Younger brother David was the outlier, a football tight end at Marshall.

In the summer of 1997, J.J. broke his right wrist during a tournament in Memphis. During a pickup game at Cave Spring Junior High a few months later, he broke his left wrist.

Long obsessed with shooting form and mechanics, Redick spent hours in his room, his left wrist in a cast, flicking a basketball toward the ceiling with his healed right wrist. When doctors removed the cast, he lightened his left-hand grip, specifically the thumb.

A good shooter became a great shooter, one with seemingly unlimited range.

Redick’s introduction to the big stage came on the Amateur Athletic Union spring and summer circuit with Boo Williams’ Hampton Roads-based teams, and in 2001 Williams invited me to accompany his all-star squad for a 10-day, six-game junket to Sao Paulo, Brazil. The group included future ACC players such as Jarrett Jack (Georgia Tech), John Gilchrist (Maryland) and Elton Brown (Virginia), but Redick, already committed to Duke, was clearly the most gifted.

Competing against older and stronger Brazilians, often in suboptimal conditions, Redick was unfazed. Still, we couldn’t have envisioned what followed.

Redick led Cave Spring to the 2002 Group AAA state championship, scoring 111 points, 60 on 3-pointers, in three tournament games. He was even more clutch at the 2003 ACC tournament as a freshman.

With less than 11 minutes remaining in the final, Duke trailed N.C. State by 15 points. Redick had, by his standards, a meager seven.

But during the final 10:03, Redick scored 23 points. He made all five of his field-goal attempts, four beyond the 3-point arc, and 9 of 10 free throws. Duke won 84-77 to seize a record fifth consecutive ACC tournament title.

A year later, Redick propelled the Blue Devils to the Final Four, where they lost a taut semifinal to eventual champion Connecticut. By the time he graduated in 2006, he owned ACC career records for points (2,769), 3-pointers (457) and free-throw accuracy (91.2%), the former mark since eclipsed by North Carolina’s Tyler Hansbrough. The consensus national player of the year as a senior at Duke, Redick wasn’t an NBA star. Indeed, he started just more than half of the games he played during a 15-year professional run in which he averaged 12.8 points and played for six teams.

Redick, 37, and his wife, Chelsea, have two sons, Knox and Kai, and that next phase undoubtedly will revolve around them. He’s also a foodie and a wine enthusiast, and his podcast, “The Old Man & the Three,” is as clever as the name and eclectic as the host.

The episode with Duke coach Mike Krzyzewski, in which Redick thanks Krzyzewski and the Blue Devils staff for helping him confront and overcome doubts and demons, is riveting. But his guest list goes far beyond basketball and has included the likes of rapper Lil Yachty, golfer Collin Morikawa, producer/director Ben Winston and Beyond Meat founder Ethan Brown. Reflecting on retirement Tuesday, naturally, took Redick back to Lost Mountain Road.

J.J. Redick celebrates after making a 3-pointer in the 2006 ACC tournament title game.

Pelicans guard JJ Redick celebrates a basket during a 2019 game against the Suns in Phoenix. Redick announced his retirement on Tuesday.

Pelicans guard J.J. Redick reacts after making a 3-pointer in the second half against the Jazz on March 1. Redick announced his retirement on Tuesday.