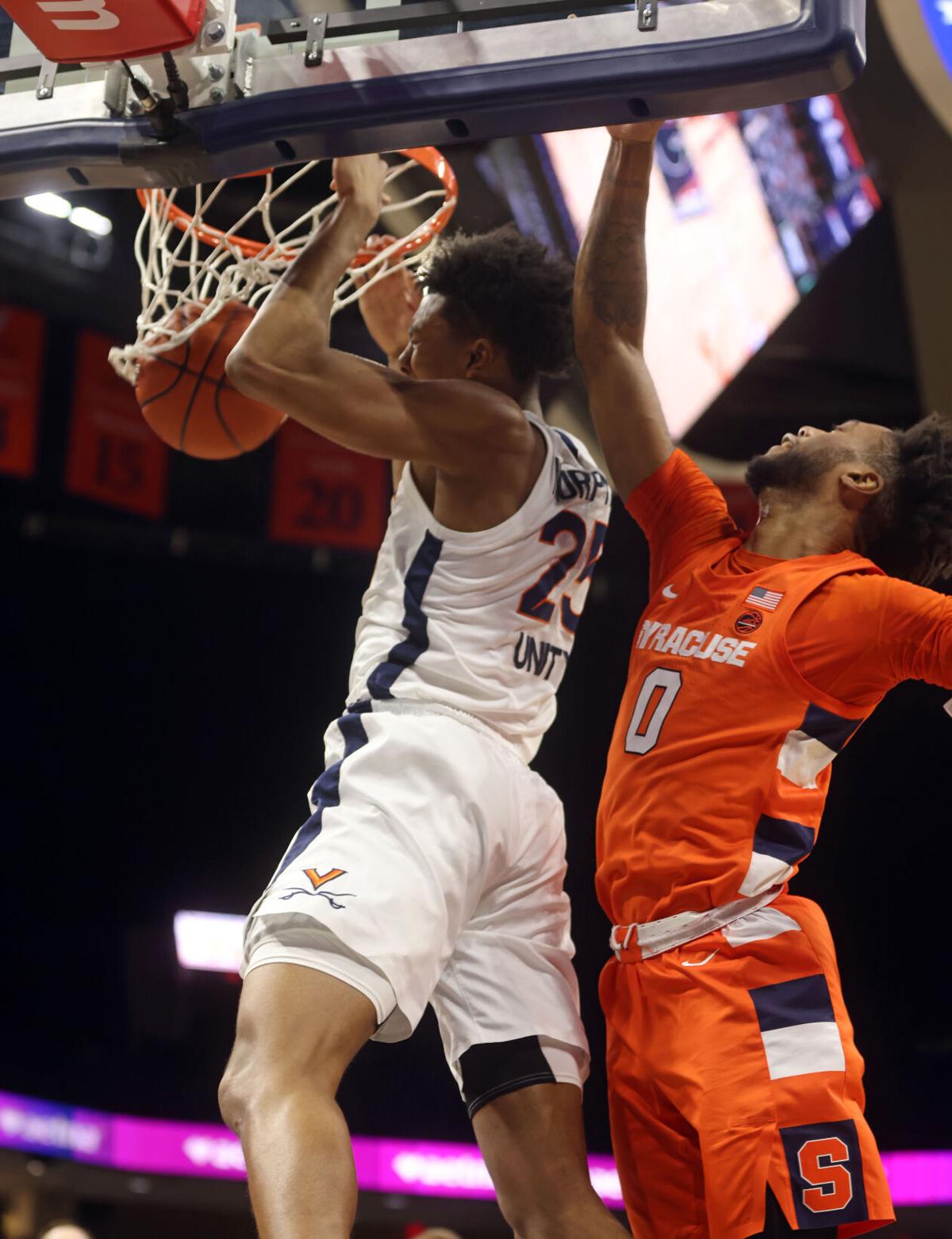 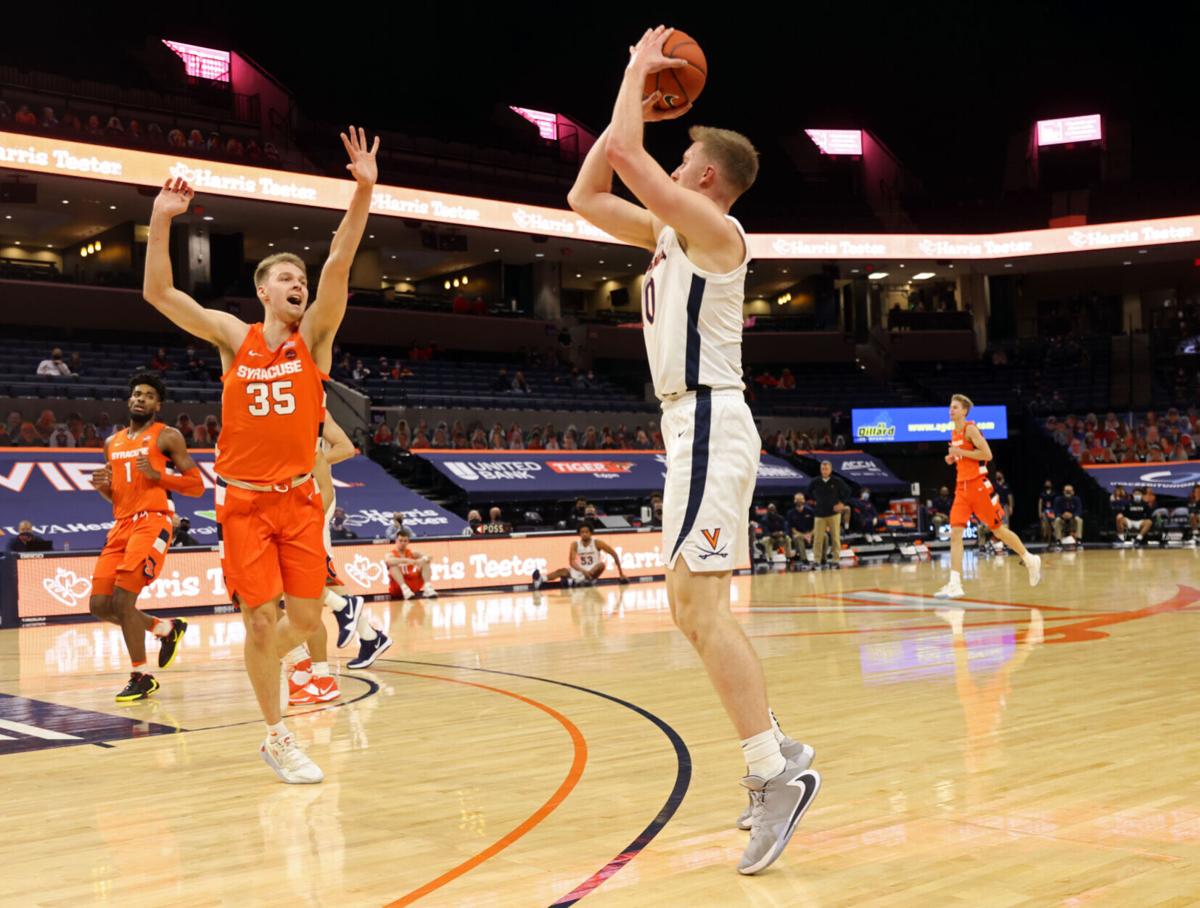 CHARLOTTESVILLE — In a matchup of men’s basketball teams known for their defensive prowess, Virginia continued to show evidence of its offensive firepower Monday night.

Eighth-ranked UVa extended its winning streak to seven games with an 81-58 victory over a Syracuse team that had beaten the Cavaliers team in overtime last year at John Paul Jones Arena.

Virginia (11-2, 7-0 ACC) got 21 points apiece from each of its fifth-year seniors, Sam Hauser and Jay Huff, with all seven of Hauser’s field goals coming on 3-pointers.

UVa, which moved from No. 13 to No. 8 in the new Associated Press Top 25 poll, released earlier Monday, went 13 for 28 from beyond the 3-point arc, with junior Trey Murphy III hitting four from there and finishing with 16 points.

Huff had a game-high 12 rebounds as the Cavaliers dominated the boards 41-28.

Point guard Kihei Clark was limited to four points but passed out a game-high nine assists.

Syracuse cut the deficit to 30-26 in the final minute before the half but Hauser ended the first half with a 3-pointer and had another trey to start the second half.

The Cavaliers’ ACC-best defense held Syracuse (9-5, 3-4) to a 5 for 24 showing from 3-point range, including holding sharp-shooting Buddy Boeheim to a 1 for 8 night from beyond the arc.

And the Cavaliers cooled it off, as well.

Virginia used a 12-0 run to open up an early 14-6, a spurt that saw Clark connect on ally-oop passes to Huff and Murphy.

But Virginia struggled with ball security against Syracuse’s trademark 2-3 zone, committing five turnovers in the first 11:46. That kept them from building a bigger lead and the Orange used an 8-0 run late in the half to trim its deficit to 30-26 after a Boeheim 3-pointer with 3:13 to go before the break.

As good as Virginia’s offense was in the first half, particularly from distance, going 7 for 17, it was even better after the break. It went 7 for 14 from 3 in the second half, and outscored Syracuse 46-32.

Mike Barber from the Richmond Times-Dispatch contributed to this report.