When Virginia Tech opened the season with a 17-10 home win over preseason division favorite North Carolina, the Hokies instantly elevated themselves into the ACC’s Coastal Division title race. It’s a race they won’t run another leg in until mid-October.

After kicking off the year with a conference contest – and a division matchup, to boot – Tech is now in the midst of a stretch of four straight non-conference games before it jumps back into league play on Oct. 16 against Pittsburgh.

“It was weird,” coach Justin Fuente acknowledged Monday. “We played a conference game, then you go put that in the closet.”

The Hokies’ rival, Virginia, is facing a very different path to a potential Coastal title. The Cavaliers, who won the division in 2019 before the ACC played without divisions last season due to the pandemic, are coming off a disappointing 59-39 loss at North Carolina on Saturday. Yes, the same UNC team that slogged through a defensive affair against Tech (2-1, 1-0 ACC).

That loss to the Tar Heels kicked off a stretch of six straight conference games, a leg of the schedule that figures to determine if UVa (2-1, 0-1) has a shot to win the division again or not. It continues Friday night when it hosts undefeated Wake Forest.

Opening with a division loss, certainly made things all that much harder for coach Bronco Mendenhall’s team.

“Much harder,” said Mendenhall on Monday. “But, if you can get the lessons exposed and what needs to be improved early, early on, man, that gives us the best chance to recover and go forward. UNC found themselves in a similar situation after losing to Virginia Tech in the opener, and man, I think they’ve made considerable improvement from what I’ve seen by the time that we faced them.”

So three weeks into 2021, what can be made of the Coastal Division.

North Carolina (2-1, 1-1), despite its early setback, may once again be the favorite. The Tar Heels have found their offense in a big way, waxing overmatched Georgia State 59-14 and then putting that same total on UVa.

Miami (1-2, 0-0), picked in the preseason to finish second in the division, is off to a wildly unimpressive 1-2 start, losing to Alabama and Michigan State and barely squeaking by Appalachian State. Factor in the injury to quarterback D’Eriq King, and the Hurricanes could be in a trouble.

King is questionable this week with a shoulder injury.

But Miami, which plays its last non-conference game Saturday against Central Connecticut, has yet to take on a conference foe. So there’s still time for the Hurricanes to be a factor in the division race. Their first two league games will reveal if they’re in or out of the hunt. They host Virginia, then play at Carolina in a pivotal stretch for the division.

Like Miami, Pittsburgh’s schedule offered up four non-conference games before the Panthers (2-1) get an ACC contest. They open October with road games at Georgia Tech and Virginia Tech that figure to announce their relevance going forward.

Virginia Tech suffered a disappointing 27-21 road loss at West Virginia in an old Big East rivalry renewed. And while Fuente acknowledged the significance of that matchup for a number of reasons, he also agreed that it does little to nothing to derail the Hokies’ quest for a spot in the ACC title game.

After hosting Richmond on Saturday, Tech plays another headline-worthy non-league game against Notre Dame. But just like WVU, that game won’t play into the Hokies’ divisional hopes. Still, even more important than positioning Tech for a higher level bowl game, this stretch of non-league games is helping it get ready to be a title contender.

“You have to find a way for us to continue to improve to give our team in the long run a chance to be the best team we can be,” said Fuente. “And then it’s on. It’s eight straight conference games and it’s the gauntlet, the grinder.”

In the seven seasons from 2013-2019, each of the Coastal Division’s seven teams won the title once, a bizarre cycle of parity that culminated with Virginia’s 2019 run. And while UNC was a heavy favorite to run away with the division this year – and that may still happen – players said no one should surprised by how up in the air the title race looks during the season’s first month.

“No matter what, the Coastal’s always going to be hard,” said UVA senior offensive lineman Ryan Nelson. “It’s Coastal chaos, and everyone knows that.” 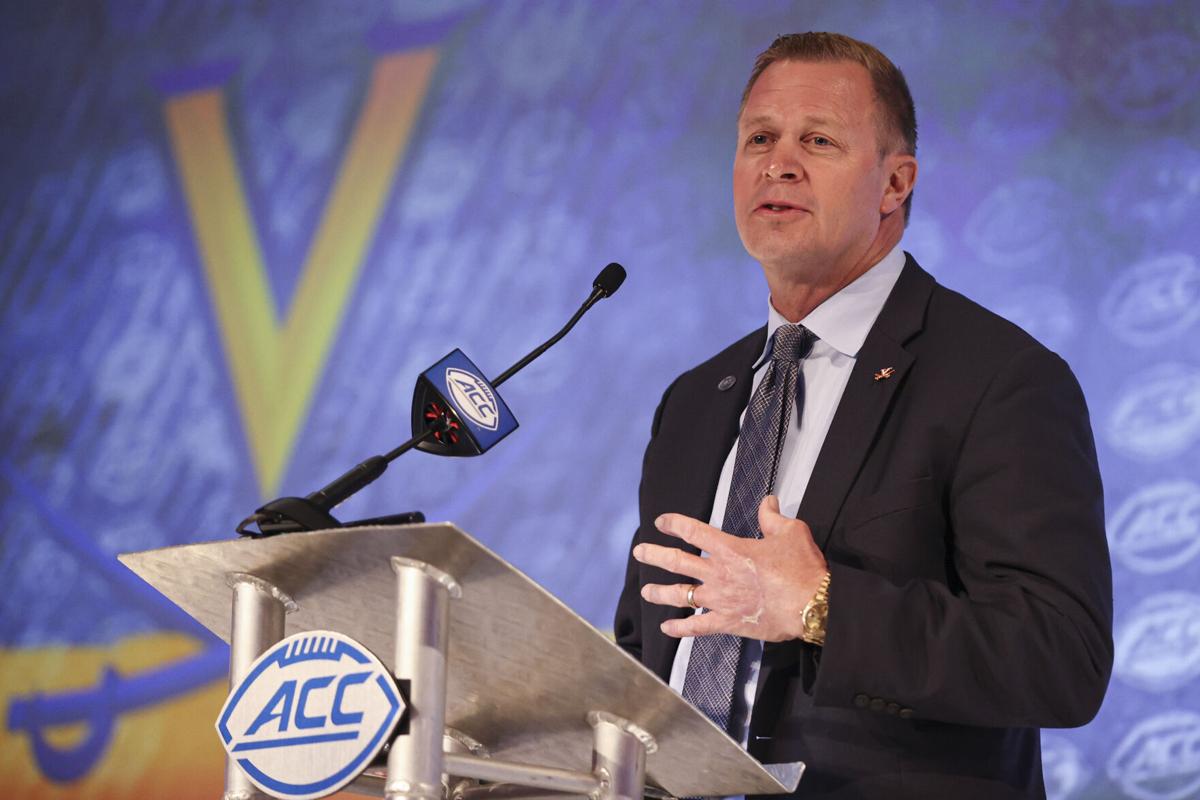