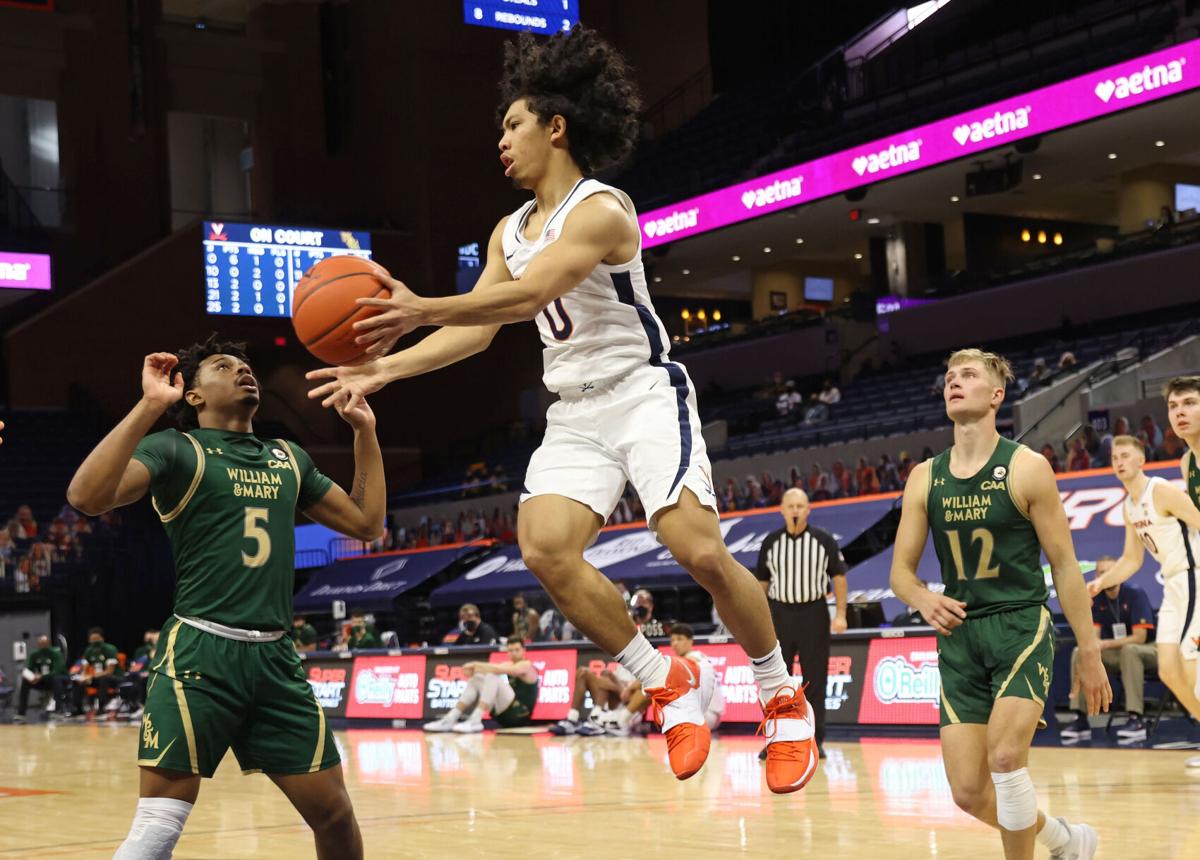 Virginia’s Kihei Clark (center) passes the ball between William and Mary’s Yuri Covington (left) and Luke Loewe on Tuesday in Charlottesville. Virginia won 76-40. On Saturday, UVa will have a stiffer test in No. 1-ranked Gonzaga. 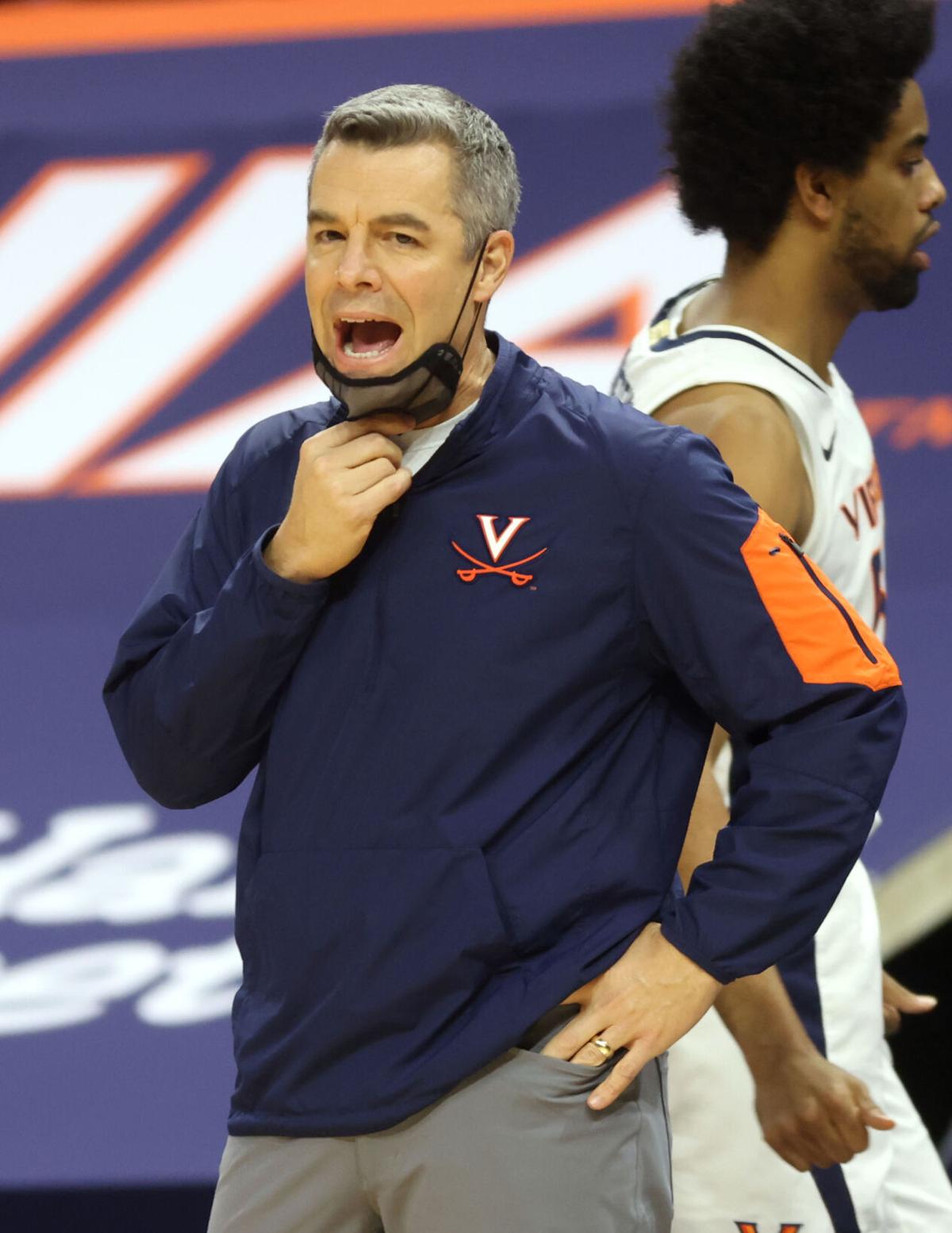 Virginia head coach Tony Bennett reacts to a play during the game against William and Mary on Tuesday in Charlottesville.

Almost 14 years have passed since Virginia and Gonzaga last met in men’s college basketball and they weren’t scheduled to play this time.

In this strange season amid the coronavirus, top-ranked Gonzaga (6-0) will face No. 16 UVa (4-1) at 4 p.m. Saturday at Dickies Arena in Fort Worth, Texas.

The game wasn’t set up until Dec. 17, at which point a scheduled UVa game with Villanova had been canceled due to the pandemic.

Gonzaga and Baylor, then ranked No. 1 and 2 in the country, had been scheduled to meet Dec. 5. That game was canceled 90 minutes before tipoff due to positive COVID-19 tests in the Gonzaga program.

“When that canceled for COVID reasons, CBS was out looking for ‘what’s a team that would play?’ “ UVa coach Tony Bennett said earlier this week. “They thought we would be a potential option.

At one point, Bennett thought the Cavaliers would be playing Villanova and Gonzaga, but UVa would be limited to two days of practice.

“I have the utmost respect for [Villanova coach] Jay Wright,” Bennett said. “I told him, ‘Jay, I’ve got to think about this. We’re going to have seven days without practice and be playing you.‘

UVa had practice on the night before the scheduled Michigan State game and only found out then that the COVID tests had come back positive and that the game would not be played.

A player had come up to Bennett during practice and told him that trainer Ethan Saliba had been seen talking to one of the other players.

“You’re always wondering, ‘Aw, here come the tests back,’” Bennett said. “Then I walked in the training room and Ethan said, ‘I think we might have an issue.’”

During subsequent Zoom calls with his players, Bennett felt badly for Sam Hauser, who had been looking forward to playing against his younger brother, Joey, a former teammate at Marquette who transferred to Michigan State when his brother left for UVa.

“It was [Sam Hauser’s] birthday,” Bennett said. “His parents were coming up. Whatever blow you’re dealt with, you take it and you move ahead, which is what we did … with some virtual coaching, some video stuff and that was about it.”

Note: The last Virginia-Gonzaga game was on Jan. 3, 2007, at John Paul Jones Arena, where a Dave Leitao-coached UVa team beat the Zags 108-87. It remains the highest-scoring total by a UVa team at JPJ. … Gonzaga coach Mark Few was already in the eighth year of what has been a 22-year, 602-win career.

at Fort Worth, Texas

Virginia’s Kihei Clark (center) passes the ball between William and Mary’s Yuri Covington (left) and Luke Loewe on Tuesday in Charlottesville. Virginia won 76-40. On Saturday, UVa will have a stiffer test in No. 1-ranked Gonzaga.

Virginia head coach Tony Bennett reacts to a play during the game against William and Mary on Tuesday in Charlottesville.