Virus update: Fauci agrees 'right on the spot' to serve Biden; Thanksgiving travel numbers are in 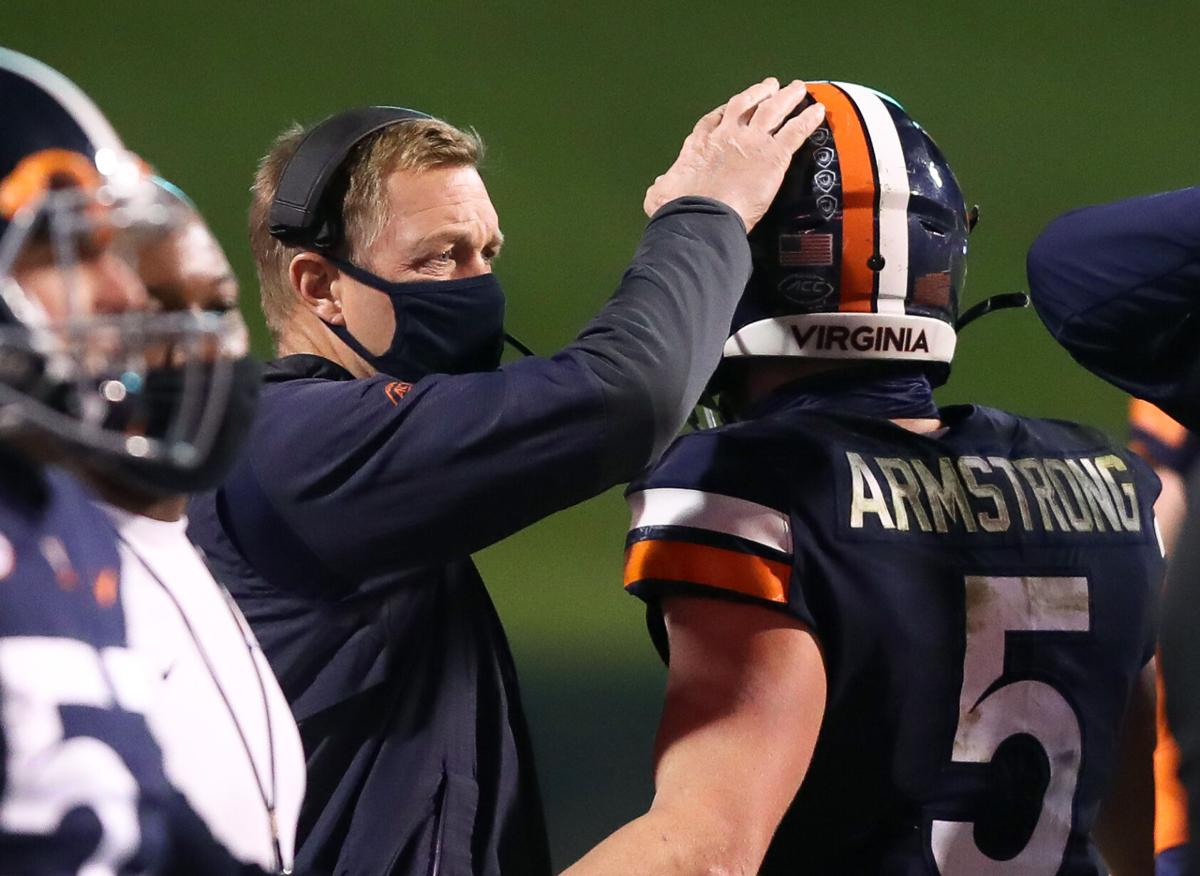 Virginia coach Bronco Mendenhall congratulates quarterback Brennan Armstrong (right) after a play during a 44-41 win over North Carolina on Oct. 31 in Charlottesville. 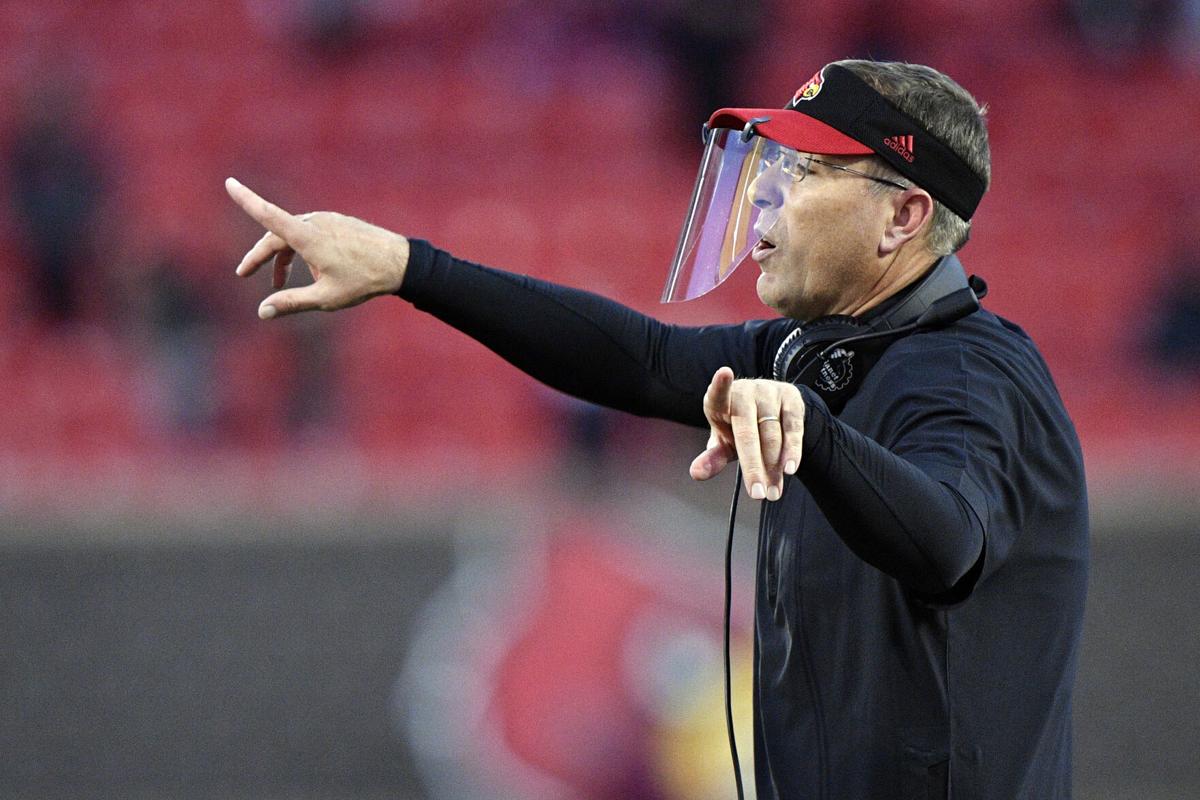 Louisville coach Scott Satterfield reacts during the second half of an Oct. 31 game against Virginia Tech at Cardinal Stadium. Virginia Tech won 42-35.

It was first things first for Louisville football coach Scott Satterfield in advance of the Cardinals’ game at 3:30 p.m. Saturday at Virginia.

“We’ll see as the week goes on if we have anybody available,” Satterfield told media in Louisville earlier this week.

“Obviously, we game-planned all last week for Virginia and then, of course, we hit the pause,” Satterfield said, “and now you’re right back on.”

It will be Louisville’s first game since Oct. 31, when the Cardinals dropped a 42-35 decision to Virginia Tech in Louisville.

On Nov. 4, Louisville athletic director Vince Tyra announced that the Nov. 7 game at UVa would be postponed until Nov. 14, when both teams had an open date.

Tyra said Louisville had nine players, eight on the defensive side of the ball, who had received positive COVID tests or were quarantining.

The Hokies jumped out to a 21-0 lead in Louisville and it was 42-28 before the Cardinals scored in the final minute. Louisville had suffered a 46-27 loss at Georgia Tech earlier in October.

“If we can get some stuff going early, I think it helps our psyche,” said Satterfield, whose Cardinals routed visiting Florida State 48-16 one week before Virginia Tech arrived in town.

“Once you get behind like we have in a couple of games this year, you’re just looking to force it and get the ball down the field. Instead of waking up and playing the last three quarters, we’ve got to wake up from the start.”

Several hours after the Tech-Louisville game, Virginia took on 15th-ranked North Carolina in Charlottesville and defeated the Tar Heels 44-41.

Despite the open date, Satterfield said earlier this week that he suspected the Cardinals would be without several key players whose names he did not mention.

“There’s really been nothing between Scott and myself, nor does there really need to be,” UVa coach Bronco Mendenhall said earlier in the week.

“The reality is, they’ve had additional staff test positive but there’s nothing now in the way of us playing and nothing is atypical in regards to what the season looks like.”

It will be Louisville’s first appearance at Virginia under Satterfield, who is in his second season at Louisville after five seasons as the head coach at Appalachian State, where he was 51-24.

The stars for the Cardinals that day were quarterback Malik Cunningham and running back Javian Hawkins, both of whom have had a similar impact this season.

“Virginia does a great job of containing the run; conversely, they have given up some yards in the passing game,” Satterfield said. “I think they have sold out on trying to stop the run but still … they were able to sack North Carolina five times.”

Virginia coach Bronco Mendenhall congratulates quarterback Brennan Armstrong (right) after a play during a 44-41 win over North Carolina on Oct. 31 in Charlottesville.

Louisville coach Scott Satterfield reacts during the second half of an Oct. 31 game against Virginia Tech at Cardinal Stadium. Virginia Tech won 42-35.