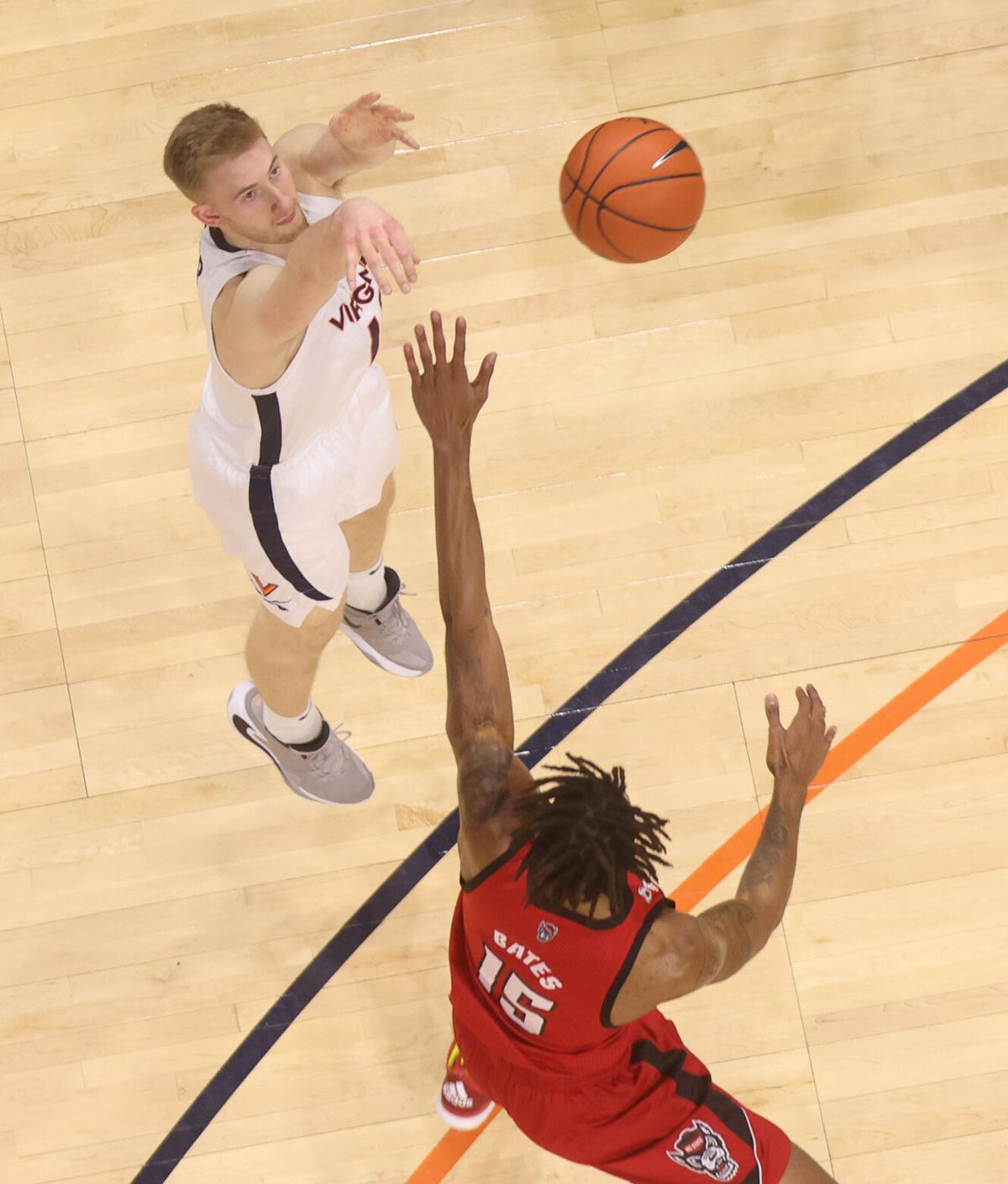 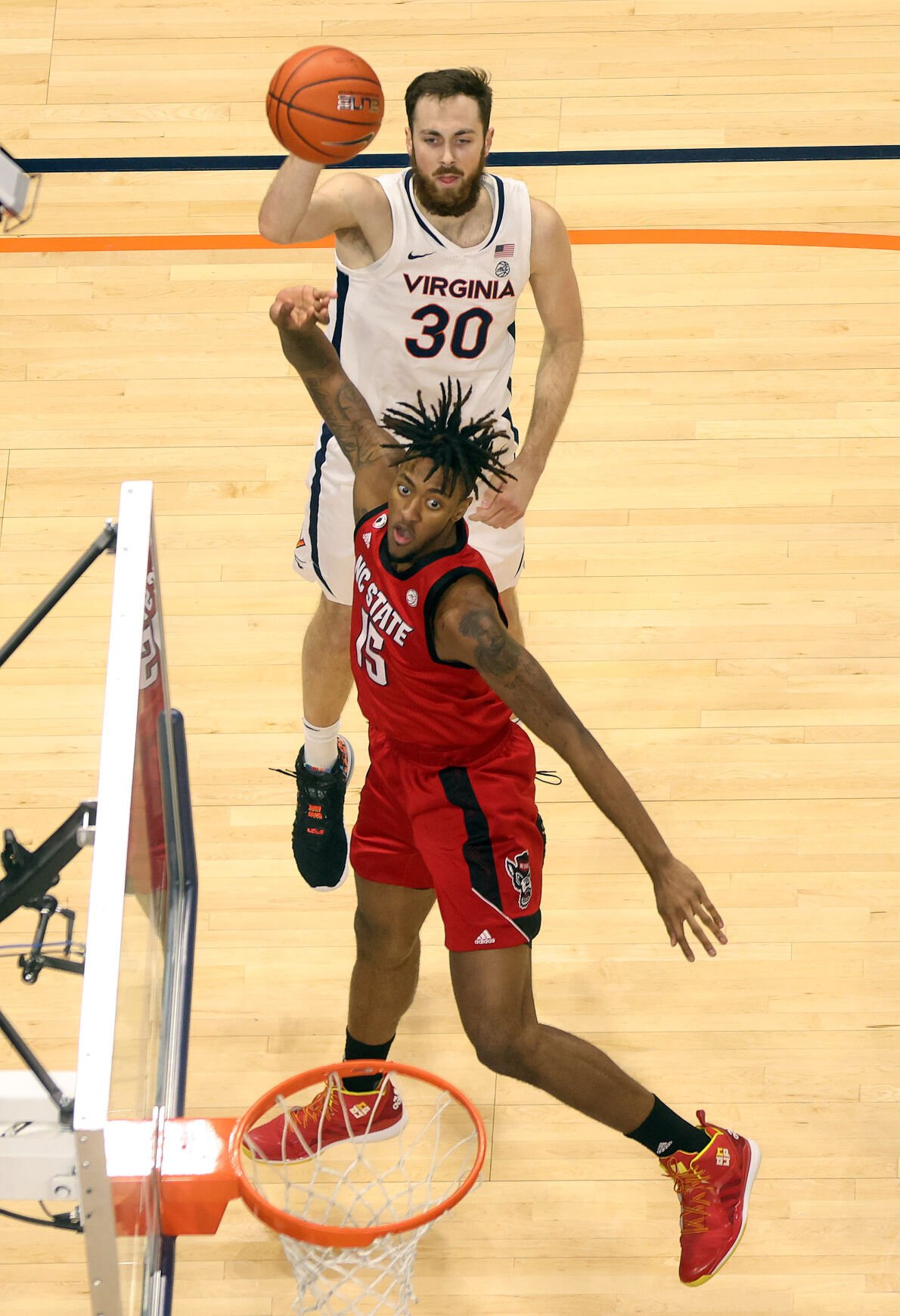 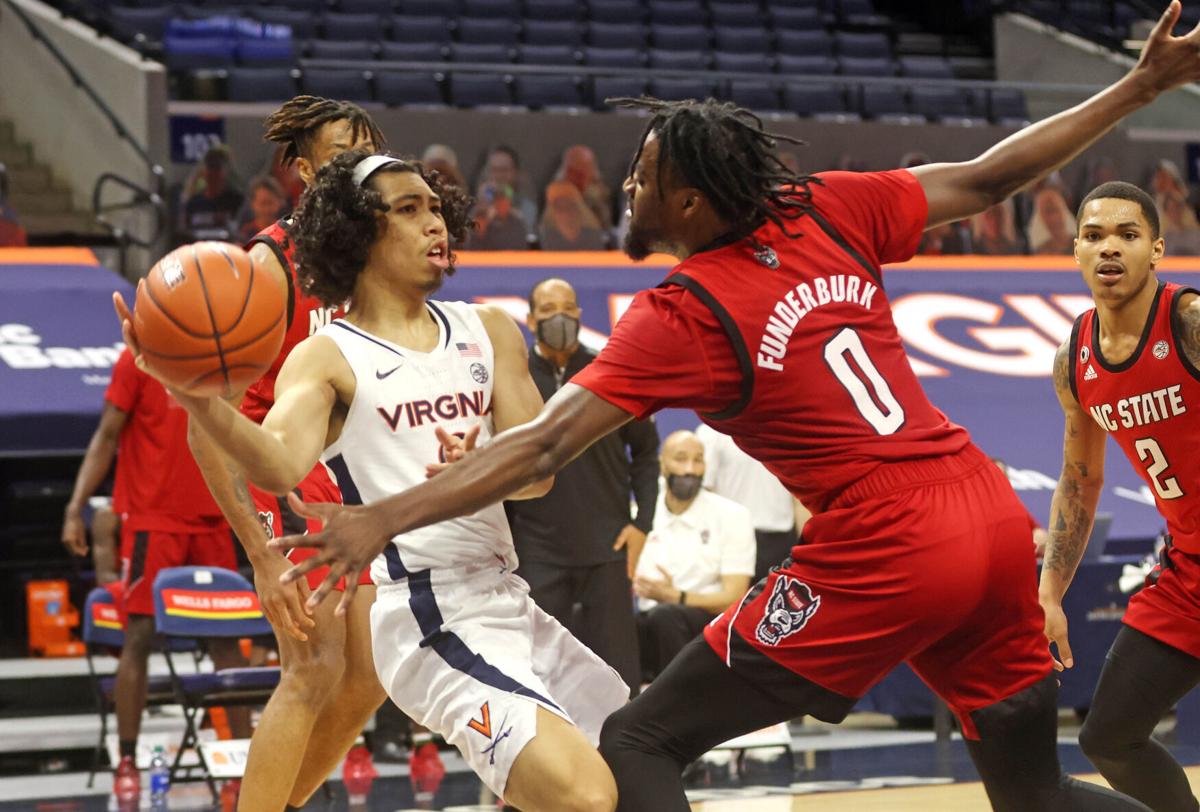 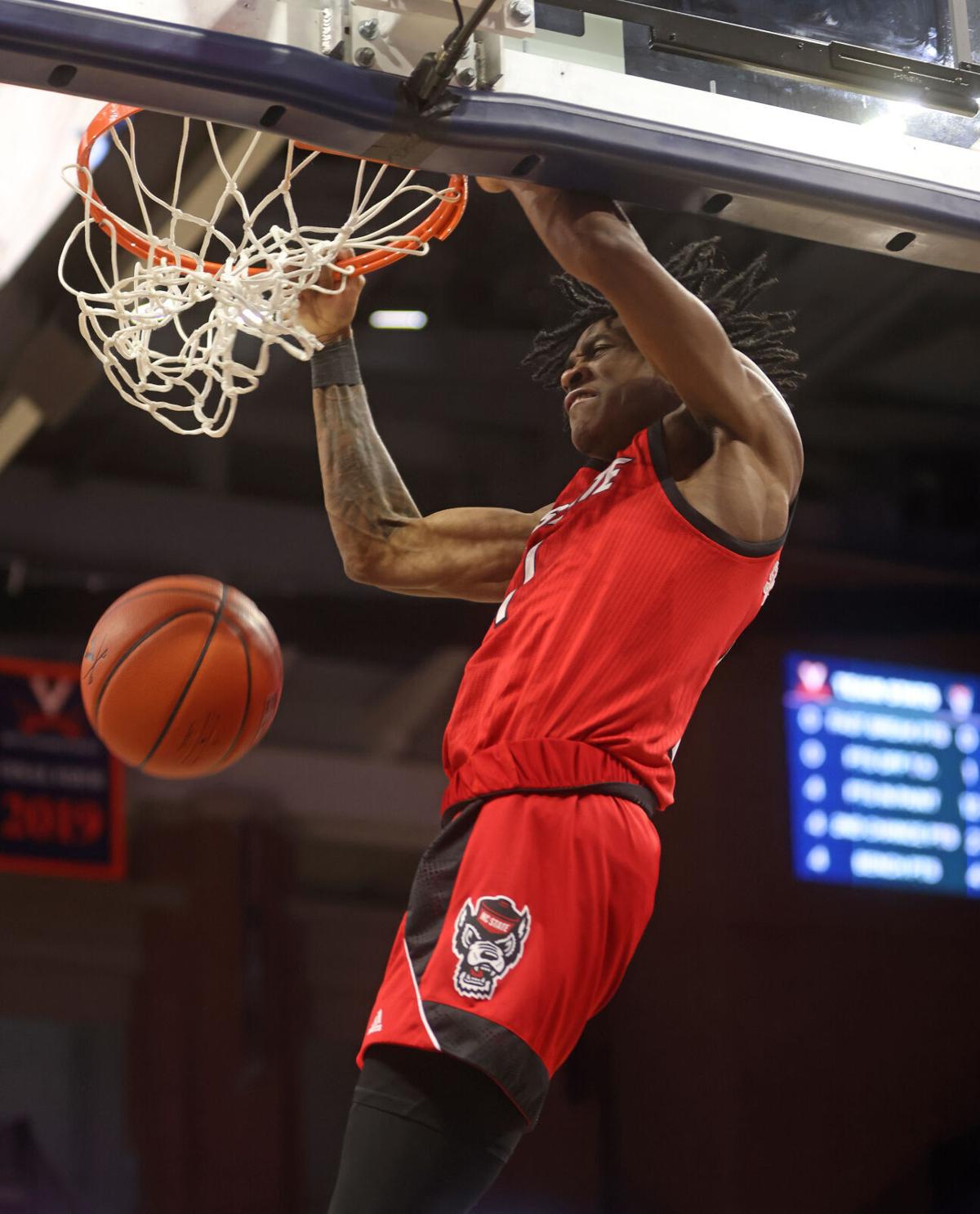 Floundering at both ends of the floor, the No. 15 Cavaliers fell 68-61 to North Carolina State on Wednesday at John Paul Jones Arena, losing their third straight game and falling at home for the first time this college basketball season.

“We’re going to have to figure some things out,” said senior forward Jay Huff. “But it’s not the end of the world.”

Senior forward Sam Hauser led Virginia with 21 points. Huff added 19 points and 11 rebounds, and junior guard Kihei Clark finished with 11 points and seven assists. Most of that production came during a desperate second half.

Virginia (15-6, 11-4) went to Raleigh on Feb. 3 and beat the Wolfpack 64-57. But that was three weeks ago and this is a very different looking UVa team now, one struggling to defend the paint defensively and enduring long scoring droughts offensively.

“We need a lot of things with this team to be on and right,” said Virginia coach Tony Bennett. “And it’s a hard way to go to be that sharp mentally and that good physically to beat teams that are playing well. But that’s just this team this year. When it’s a little off or it’s not right, then you can lose.”

This is just the third three-game slide for UVa in the last five seasons. The Cavaliers, who are off this weekend and host Miami on Monday night, haven’t lost four in a row since February 2017.

“Losing three games is never fun,” said Hauser. “You can’t win ‘em all, but you can learn from all the losses.”

With heightened COVID-19 precautions on campus, UVa had no fans in attendance Wednesday, not even the small contingent of family and friends it had been allowing. An empty arena witnessed a largely empty performance.

The Cavaliers came out characteristically cold, and needed 3:40 to score their first points, on an inside basket by Huff. The Wolfpack jumped out to a 17-4 lead with 11:08 left in the half.

“I thought the start of the game once again was not where it needed to be,” said Bennett. “We dug ourselves in a hole.”

Still, it was a flawed half for the ‘Hoos on both ends of the floor. Offensively, though it cut down on turnovers, committing only three, Virginia shot 10 for 27 from the floor and 1 for 9 from 3-point range. UVa drew just two fouls in the first 20 minutes of play.

Defensively, North Carolina State scored 18 of its 29 points in the paint and shot 12 for 25 before the break.

The Cavaliers turned things around out of the gates in the second half. Hauser hit back-to-back 3-pointers to tie the game at 29 and N.C. State’s first three possessions were fruitless.

State regained command during a 12-2 run highlighted by a corner 3-pointer by Braxton Beverly. That came during another cold spell for the UVa offense in which it missed eight of nine shots and allowed the Wolfpack to go up 45-37.

Virginia stayed close the rest of the way, led by Hauser and Huff, but never really threatened to take the lead. UVa trailed 65-61 with 15 seconds left when Hauser’s long 3 bounced around the rim but rolled off.

The Cavaliers got 40 of their 61 points from their two redshirt senior forwards.

The strange disappearance of Trey Murphy III continued. Despite UVa playing its second straight game without senior guard Tomas Woldetensae, who is out due to COVID-19 contact tracing, the Rice transfer was a non-factor.

After taking just two shots in Saturday’s loss at Duke, Murphy was 1 for 3 in the first half and didn’t start the second, when UVa turned to a big lineup with sophomore forward Francisco Caffaro instead.

Murphy finished 1 for 5, including an 0-for-4 showing from beyond the 3-point arc, before fouling out with 8.6 seconds to go.

Senior guard Tomas Woldetensae, who helped spark Virginia basketball in the second half of the 2019-20 season, won’t return for an extra year of eligibility.

Guard Jabri Abdur-Rahim, the son of a former NBA player, has entered his name in the NCAA transfer portal, a source confirmed Monday.