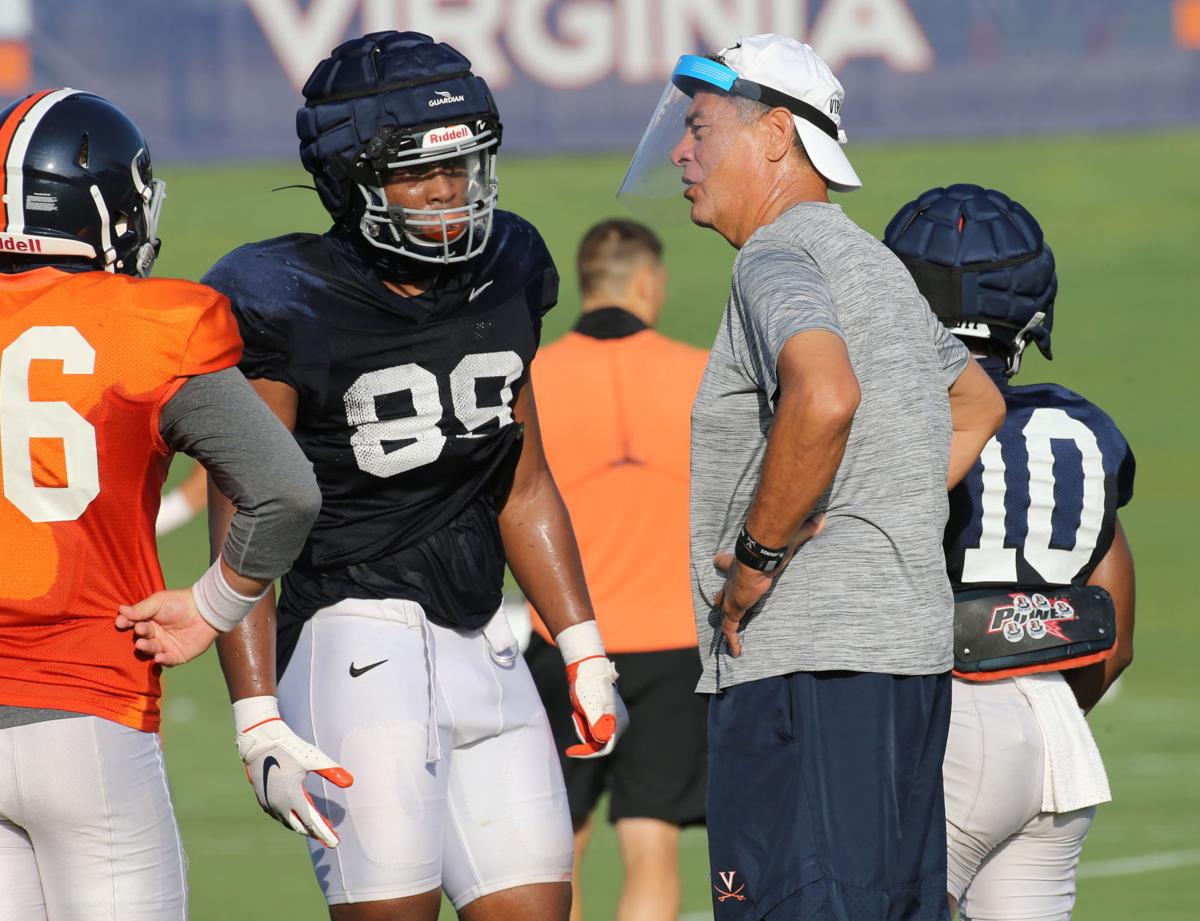 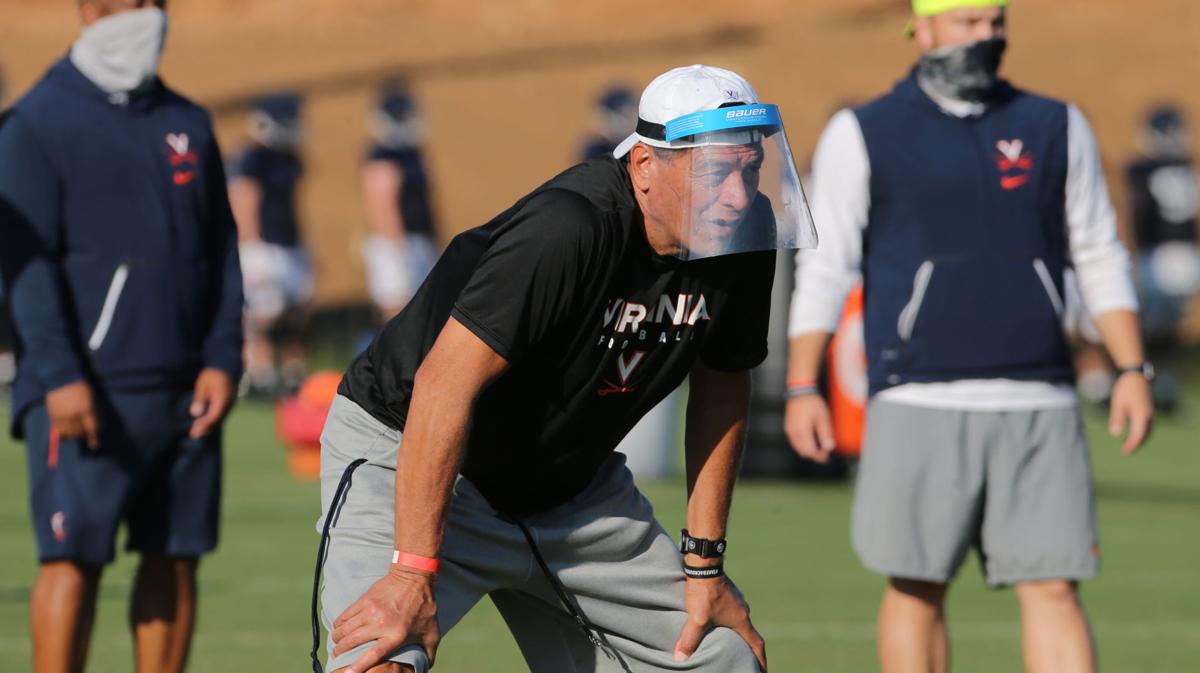 As Virginia begins preparations for its football opener Sept. 19 at Virginia Tech, the Cavaliers are unlikely to devote an unusual amount of study to new Hokies defensive coordinator Justin Hamilton, who took over the job from Bud Foster, who retired following the 2019 season.

“I think I’m safe to assume that what they’re doing there has deep roots defensively [and] that they’re confident and those coaching structures and defensive alignments and assignments are sound,” UVa offensive coordinator Robert Anae said in a Tuesday call with reporters.

“I do not think that they entered this thing thinking that this thing is broken and we need to fix it. For an old coach’s perspective, the worst thing they could do is junk what they do on defense.”

Along the same line, how is Virginia likely to change with the departure of quarterback Bryce Perkins, who ran for two touchdowns and passed for a third last year as UVa defeated the Hokies 39-30 in Charlottesville?

With Perkins having completed his eligibility, the Cavaliers have turned to redshirt sophomore Brennan Armstrong, a left-hander who played in parts of seven games and completed 15 of 20 pass attempts.

Perkins rushed for a team-leading 1,046 yards last season, which did not account for 277 yards in losses, most coming on 41 quarterback sacks by the opposition.

“Bryce was the No. 1 completion quarterback in the conference, so it’s not like all we did was take sacks last year,” Anae said. “We encouraged him to utilize the skill set of scrambling. That’s the flip side of that coin.”

Armstrong played in parts of seven games and had seven rushing attempts for a net of 19 yards.

“Bryce had a high-end skill set when it came to running the ball, but the trick was getting him to that open-field space,” Anae said. “… That was not easy.

“Brennan’s skill set — and I do believe that is one of his strong traits — is running the football. He will be more of that off-tackle and in-the-tackle type running guys. It will be more drag the pile, more stiff arm and more lower-your-shoulder type runs from Brennan.

“Shoot, we’ve seen Brennan in the open [and] run the ball as well. We have to capitalize on all those skill sets.”

Armstrong is listed at 6 foot 2 and 215 pounds. Keytaon Thompson, a graduate transfer from Mississippi State, is his anticipated back-up.

“I will say, Keytaon pushed that thing for a couple of weeks,” Anae said. “I think he garnered respect from the team in the process. From our standpoint, that would not be a good idea if one of our better athletes was standing next to with a clipboard.

“So, we’re looking for opportunities to get him on the field and get him involved.”

Anae described Simpson, also a punt returner, as “the bright spot” for the offense.

Simpson suffered a knee injury that caused him to miss a chunk of the second half of the 2019 season.

“This was a crazy COVID deal, so a lot of our players are not in top shape right now,” Anae said. “ A lot of them are not full functioning from a strength and conditioning standpoint. Shane’s in that boat, probably with the whole team.

“Right now, his training is at running back, but I’m going to let you guys [in the media] watch on game day to see how that thing shakes out.”

In addition to his coordinator duties, Anae supervises the tight ends, whose pass-catching responsibilities have grown over the years.

“We have a better blocking group of tight ends,” Anae said. “I don’t know if we’ll ever be great right now in the running. It turned out last year that our strength last year was a nice balance, and I think that’s going to continue to be our identity — move the ball around and keep the defense guessing.”