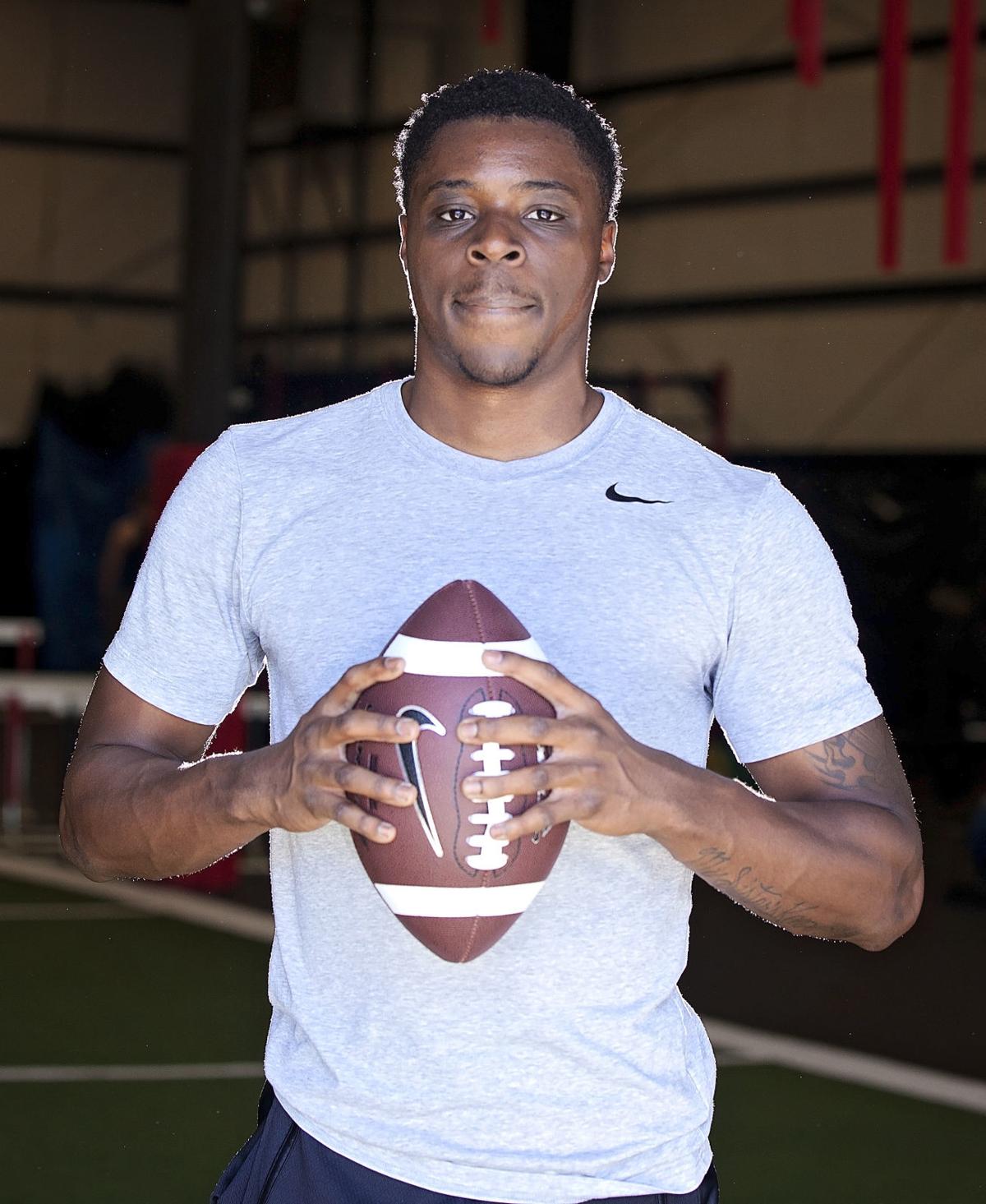 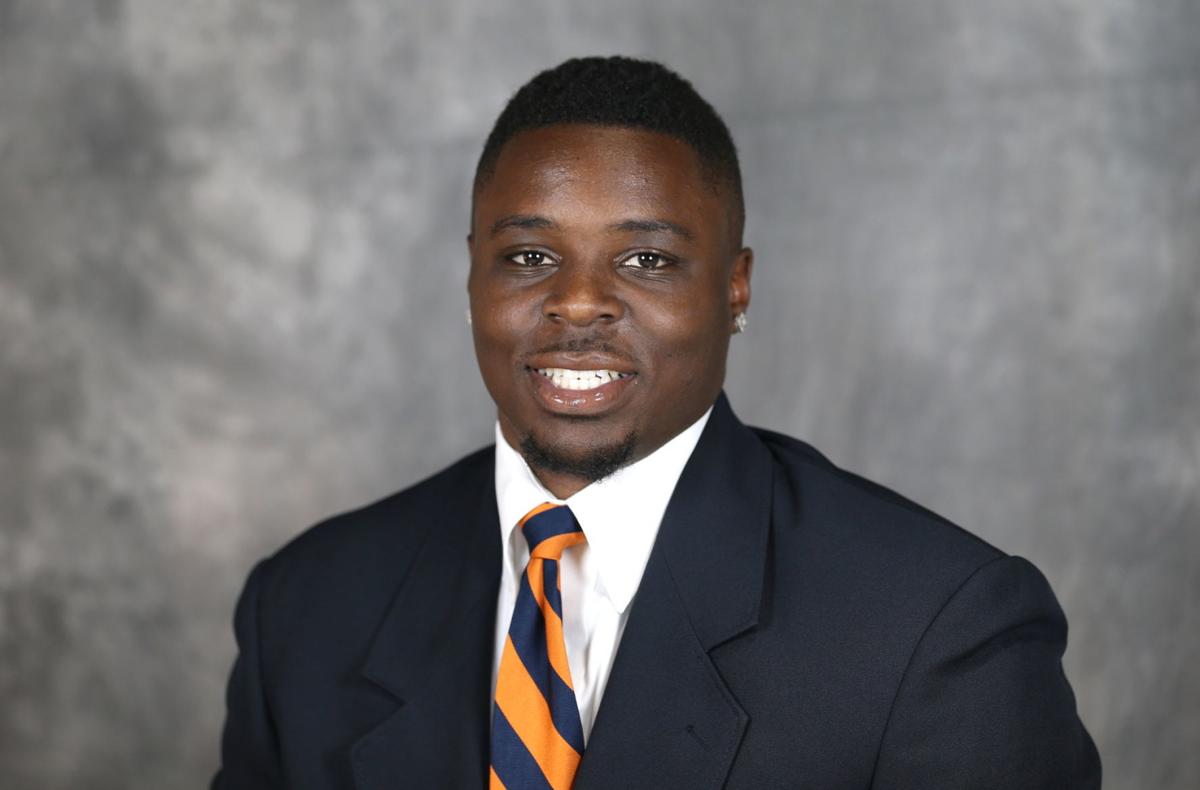 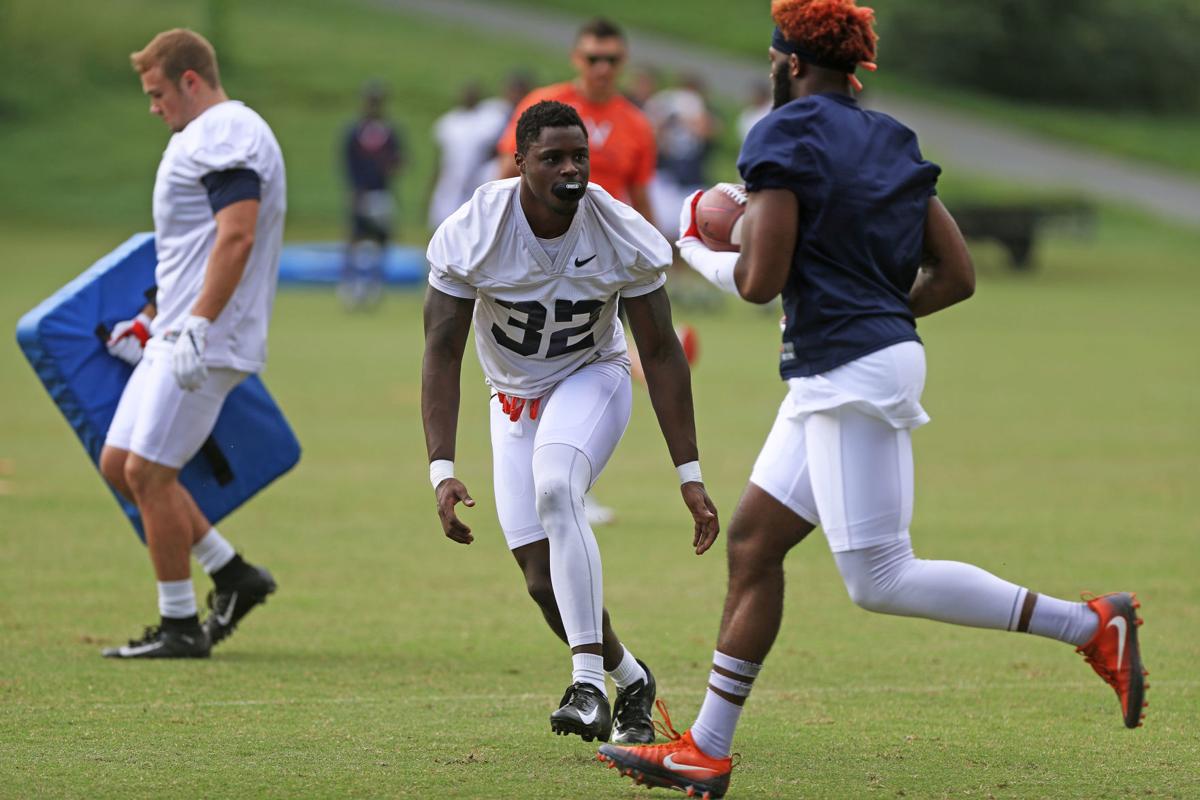 Darrius Bratton (left) participates in an offseason workout at Lambeth Field in 2019.

Even before All-ACC cornerback Bryce Hall suffered a season-ending ankle injury in October, Virginia’s football staff knew that it would need a successor in 2020.

Although the Cavaliers would win five games without Hall, a protege was waiting in the wings.

“I picked up a lot from Bryce in terms of how to organize and plan and prepare,” said Bratton, a graduate of William Fleming High School.

Bratton was in a position to start for the Cavaliers, or at least be a regular in UVa’s five-man nickel packages, when he suffered a torn ACL on the first day of fall practice.

That prevented him from playing in the regular season and he would not have gone through spring practice before the coronavirus pandemic made that a moot point.

Bratton has been in Roanoke during the spring, working out at gyms he knew from earlier times and running the hills near his home.

“This [past] season was very hard for me mentally and physically,” he said. “Not going into battle with my teammates was the hardest challenge I had to overcome.”

He joined his teammates on trips to the ACC championship game in Charlotte, followed by the Orange Bowl.

“Being in that atmosphere was great,” he said. “It’s an atmosphere we want to get back to.”

Bratton, who went to Fork Union Military Academy after graduating from Fleming, is 22 and has two seasons of remaining eligibility. He’s on schedule to graduate by the spring of 2021.

“I’m just going out there to give the best effort that I’ve got,” he said. “At the end of the year, we’ll make the assessment to come back or go [pro]. I just want to go out there and play ball right now.

“When I first got hurt, I knew it was a pretty bad injury and that I’d be out for a while, but I wanted to keep my spirits high and hope for the best. Coming out of this, I feel way stronger and I feel way more mentally prepared.

“I feel ready to go into battle with my brothers.”

The pandemic has kept him from taking part in one of his favorite pastimes, bowling. From his grandmother on down, the Brattons can be seen at Hilltop Lanes in Roanoke at all times of the year.

Like all AMF properties, Hilltop has been closed till further notice.

“If they were open, we’d be there,” said Bratton, whose career-high score is 232.

The Furnish commitment, reported by Rivals.com and 247sports.com, is the UVa’s fourth from a Georgia prospect.

The Cavaliers have a total of 14 commitments and have the nation’s 27th-rated class for the 2021 season.

The Coastal champs have no opportunity to repeat, but they can hang on to something just as precious with a big performance in Week 1.

A look at the UVa schedule, offense and defense.

Darrius Bratton (left) participates in an offseason workout at Lambeth Field in 2019.