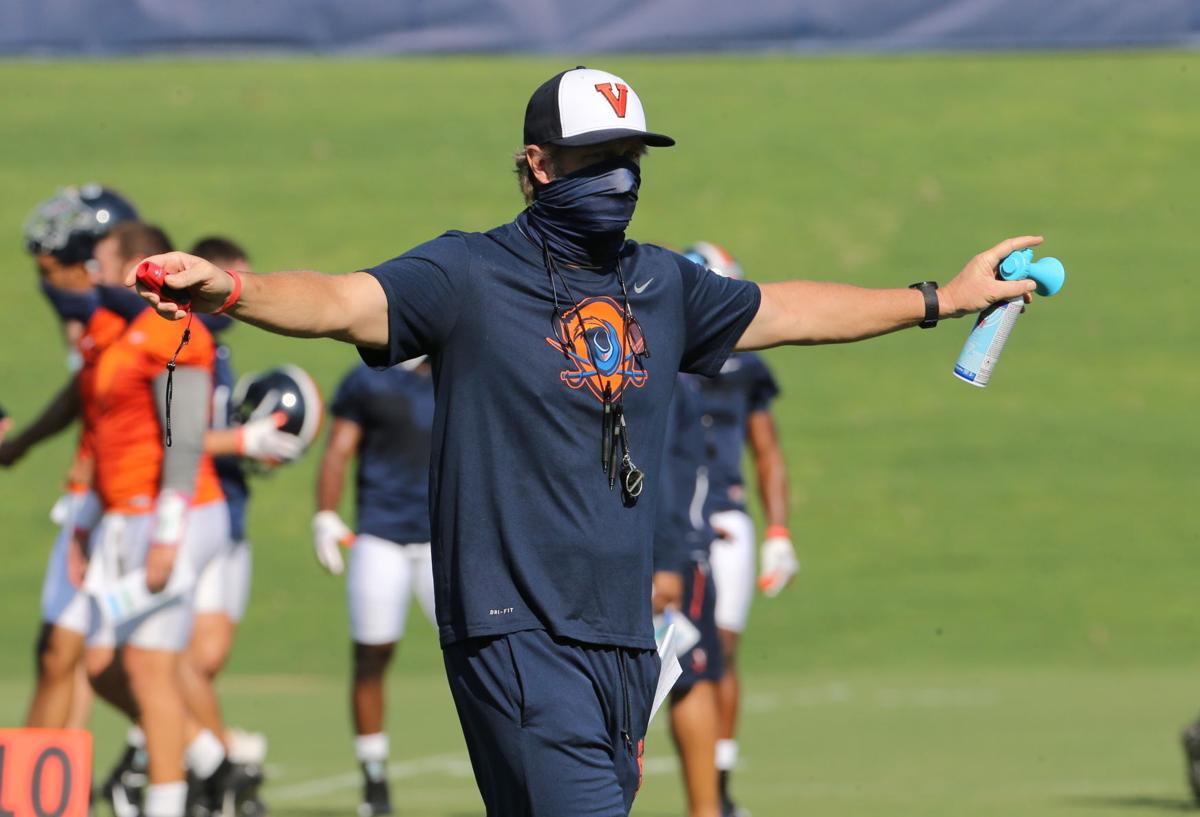 Virginia football coach Bronco Mendenhall does some instructing during the first day of fall camp for the Cavaliers. 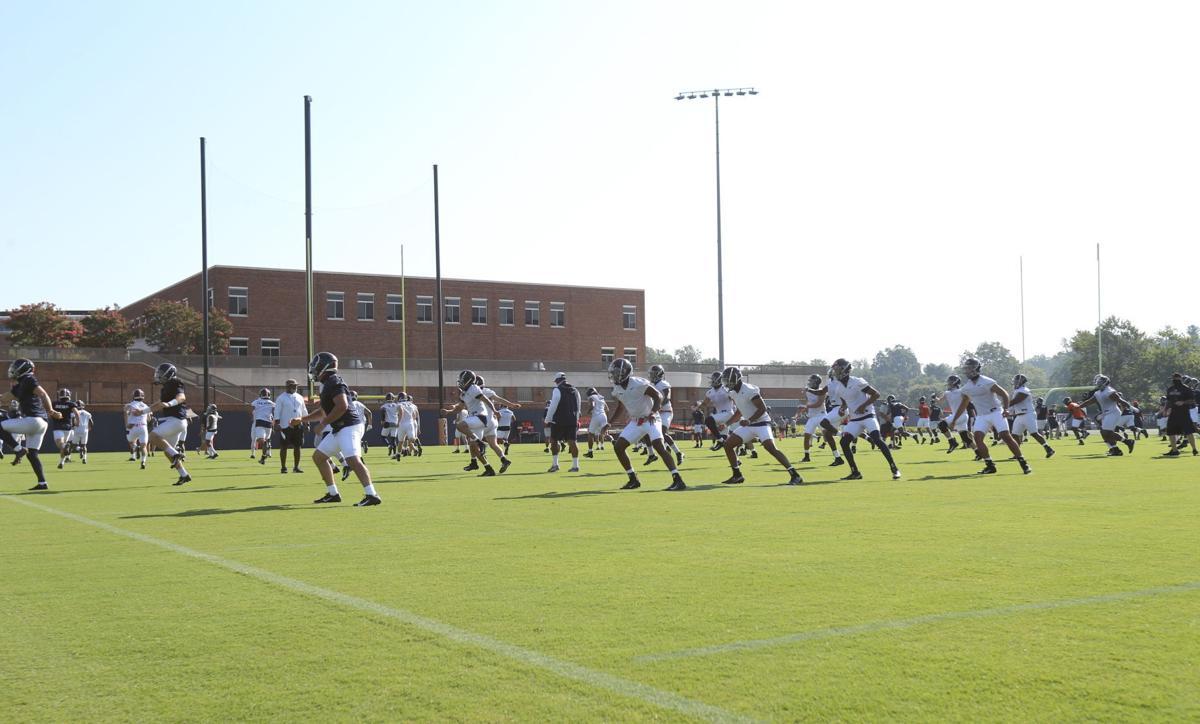 Virginia’s football team warms up during the first day of fall camp in Charlottesville.

Virginia football coach Bronco Mendenhall was on a conference call with UVa beat reporters Monday when he was notified of a Big Ten decision not to have a fall schedule.

“To me, No. 1, it’s news to me that there is a Power Five conference that has made that decision,” Mendenhall said. “I think others certainly could follow. I think that would be likely. I’m not certain whether the ACC would be one of them.”

There were mixed reports on Monday that the Big Ten had indicated it would be moving its schedule to the spring. The conference’s presidents are meeting on Monday evening to discuss the scenario further.

“Moving to the spring,” Mendenhall said, “I think there’s been enough initial work to have framed it pretty well [in terms of] what are the benefits, which [are] time, data and more education to see where the community has spread, the nation has spread and where all that stands in terms of health and safety.

“The possibility of spring buys more time and possibly more answers, but there would still be a lot of work to do between now and then.”

Mendenhall said he has not been consumed by the question whether there would be a season as the COVID-19 pandemic remains out of control.

“I haven’t felt rushed,” said Mendenhall, whose team has been restricted to 20 hours of team activity per week since July 26. Preseason practice started Sunday.

“We’ve had tremendous numbers in terms of controlling the virus. Not only within football have our numbers been exceptional, but for the whole athletic department, we have done a very good job of controlling that component.

Hardly anybody is shying away from playing football at UVa, which has added seven Division I transfers, most of them in the past 10 days.

“It’s probably the most NFL-like thing that I’ve ever been through as a college coach,” Mendenhall said. “[It’s] like free-agency and waivers.

“Starting with Tony [Poljan], our tight end from Central Michigan. … He’s already made a real difference for us and is a very good football player and a perfect fit for our program.”

Poljan (6 foot 7, 258 pounds) had 33 receptions for 496 yards and four touchdowns last year after beginning his Central Michigan career at quarterback.

Another transfer, Rashaun Henry, had 90 receptions for 1,118 yards and nine touchdowns last year for St. Francis (Pa.), an FCS program.

Mendenhall said that UVa has requested a waiver from the NCAA that would allow transfer running back Ronnie Walker to play immediately after two seasons at Indiana. Walker scored 44 touchdowns in his final two seasons at Hopewell High in 2016-17.

Mendenhall credited athletic director Carla Williams, who previously had oversight of the program at Georgia, a national power.

“Without Carla’s help and without those resources, we’re still slow,” said Mendenhall, referring to the analysts that have been added to his staff. “We’re not slow any longer. We’re fast, we’re efficient and we’re accurate.”

UVa football: Cavaliers will be an unknown foe in many ways for Duke on Saturday

Virginia's opening football game is against a Blue Devils team that already has two games under its belt.

Virginia football coach Bronco Mendenhall does some instructing during the first day of fall camp for the Cavaliers.

Virginia’s football team warms up during the first day of fall camp in Charlottesville.