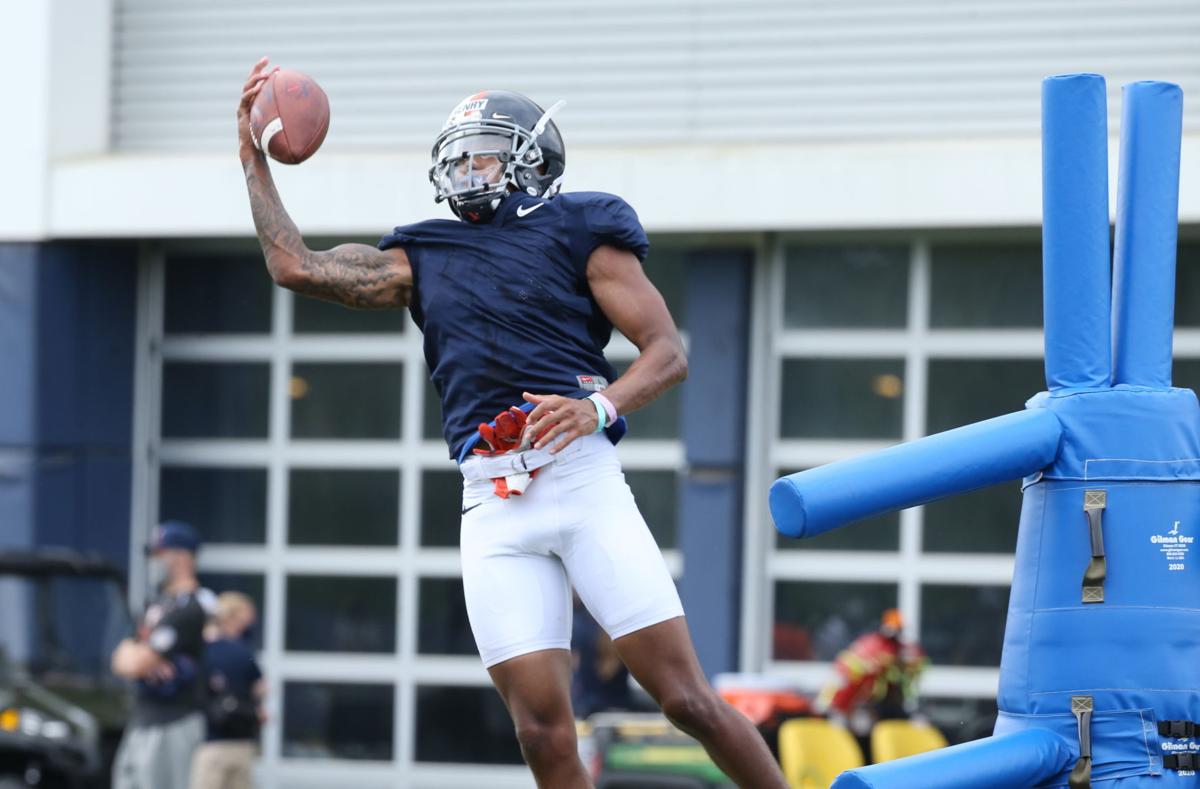 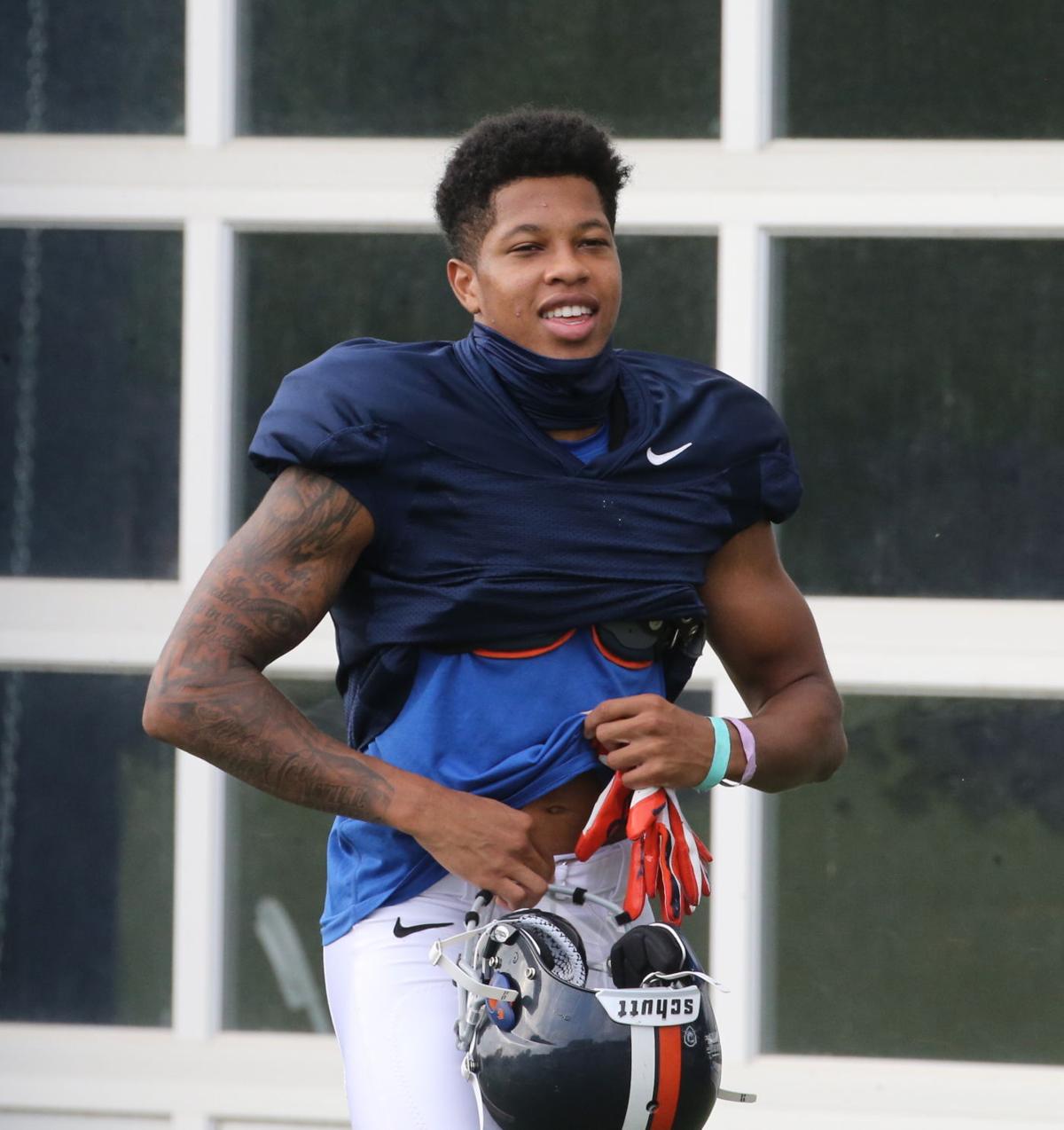 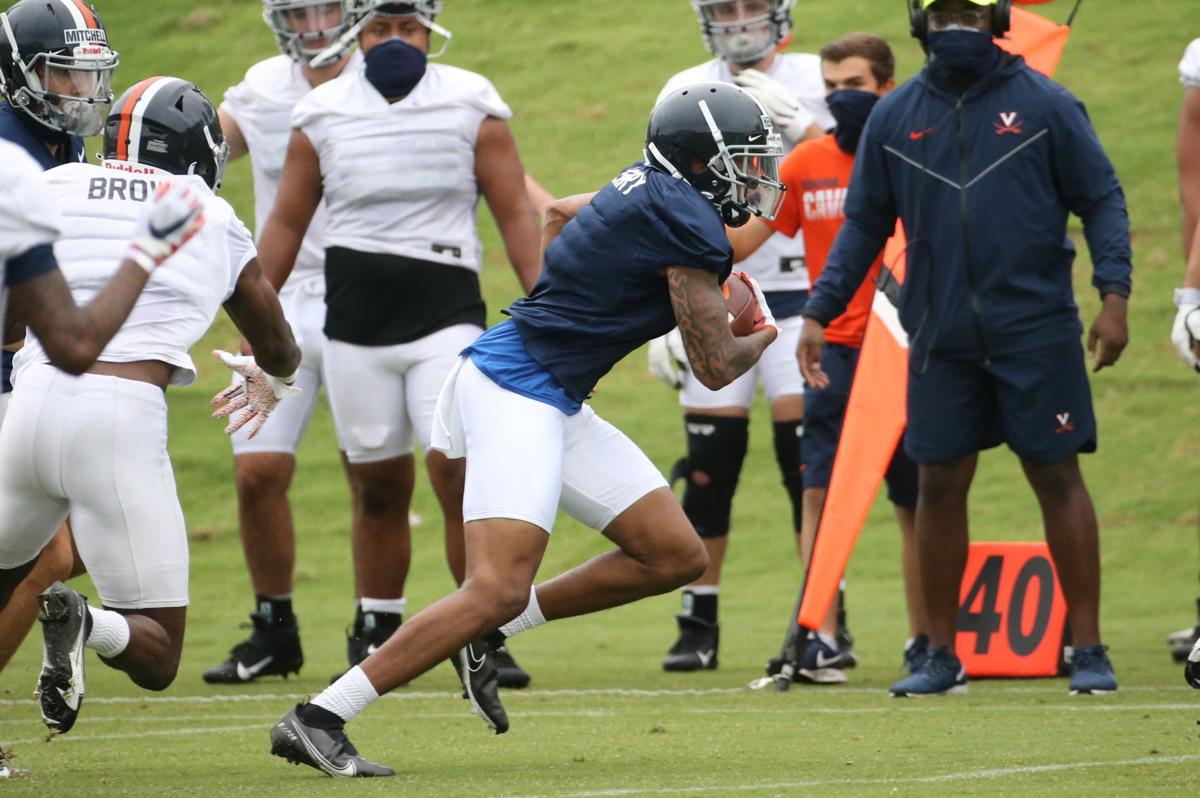 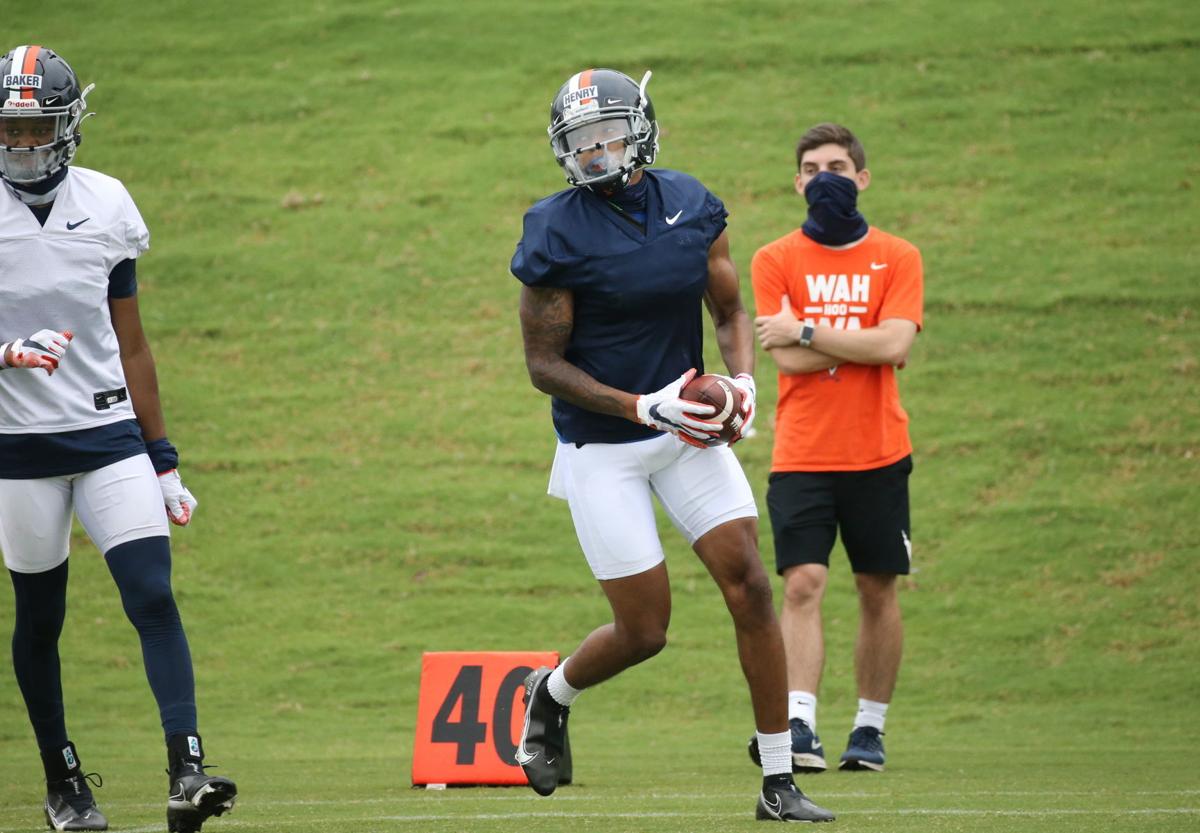 Ra’Shaun Henry was not unaware of the recruiting rankings that award the top-rated players with four or five stars.

“I had zero stars coming out of high school,” said Henry, a 6-foot-3, 195-pound wide receiver from Killeen, Texas.

During one midseason stretch, he had 11 receptions in each of three straight games, totaling at least 150 receiving yards on each occasion.

He wasn’t necessarily on a mission to show that he belonged at a higher level.

“I feel like the opportunity came. Virginia called and I was there,” said Henry, who joined a receiving corps that has bid farewell to its top two receivers from a year ago: Joe Reed (77 receptions) and Hasise Dubois (75).

The cupboard is not bare because Terrell Jana was back after catching 74 balls last year. Billy Kemp, primarily an inside receiver, had 35.

“[Henry has] definitely got a skills set and a knack for making plays,” said Marques Hagans, who coaches the UVa wide receivers. “The main thing with him is just getting him accustomed to our culture and our expectations and standards inside the receiver room.

“I’m definitely glad that we have him.”

It was only recently that Henry entered the transfer portal.

“UVa made it smooth [with an early offer] and I’m here now,” Henry said.

He has a mentor of sorts in Jana, who has emerged as one of the team leaders.

“Jana is everything I wanted to be or want to be,” said Henry, specifically referring to his teammate’s leadership.

Henry appears to have the talent to play at the FBS level.

“Talent-wise, it’s obviously another step and another level at this level,” he said, “but there are some guys in FCS that can play ball. Still, the intensity is higher. You have to play faster.”

On top of everything else, the coronavirus pandemic has changed the sporting landscape at every level.

His old school, located in Loretto, Pennsylvania, is a member of the Northeast Conference, which announced July 29 that it would postpone fall sports.

Henry had been committed to Virginia since May.

“I try to not think about that stuff,” Henry said. “We’re here now. We have an opportunity to work, to practice every day. I wake up and I’m grateful.”

He has stayed after practice to work with a cast of quarterbacks that includes 2019 back-up Brennan Armstrong and Keytaon Thompson, a transfer from Mississippi State.

UVa appears to have added a deep threat with Henry, who had a number of receptions of 30 yards or more, including a 60-yarder and a 71-yarder for a touchdown.

“Wherever the team needs me, I’ll play,” he said. “My skill set is pretty broad and I can basically do anything they want.