UVa football: Unexpected offseason events put Cavaliers on a unique journey
0 comments
Share this
Only $5 for 5 months
1 of 3 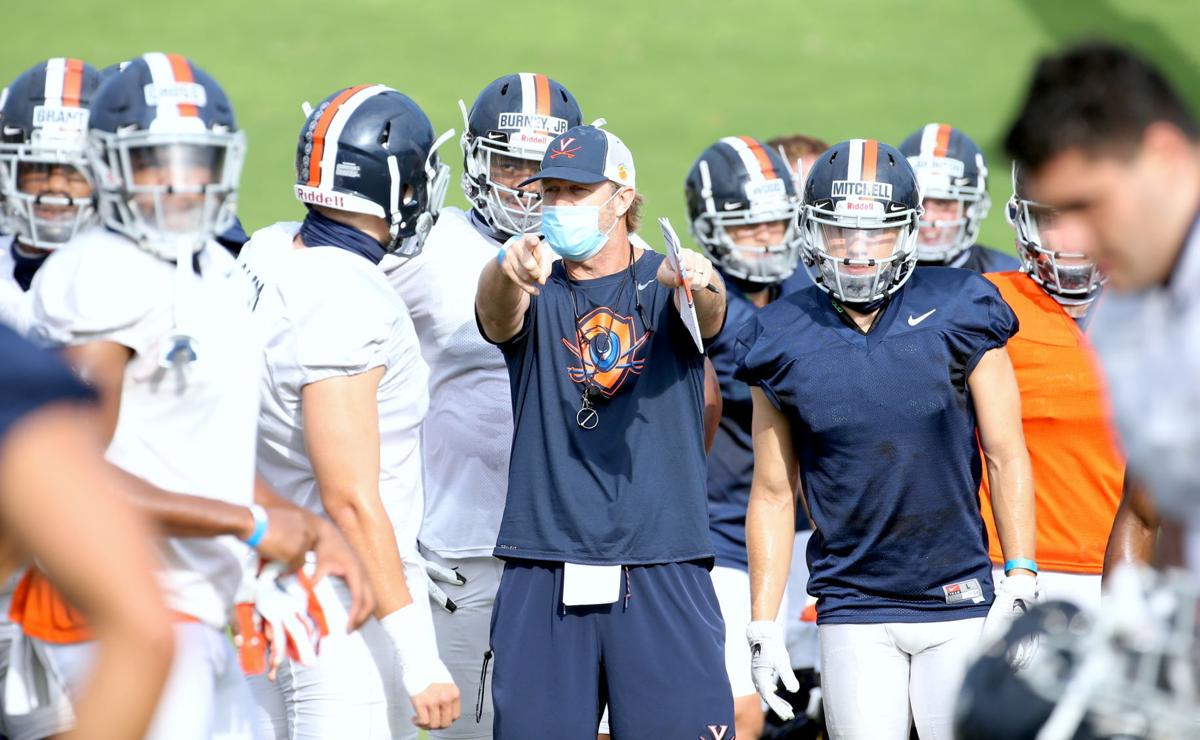 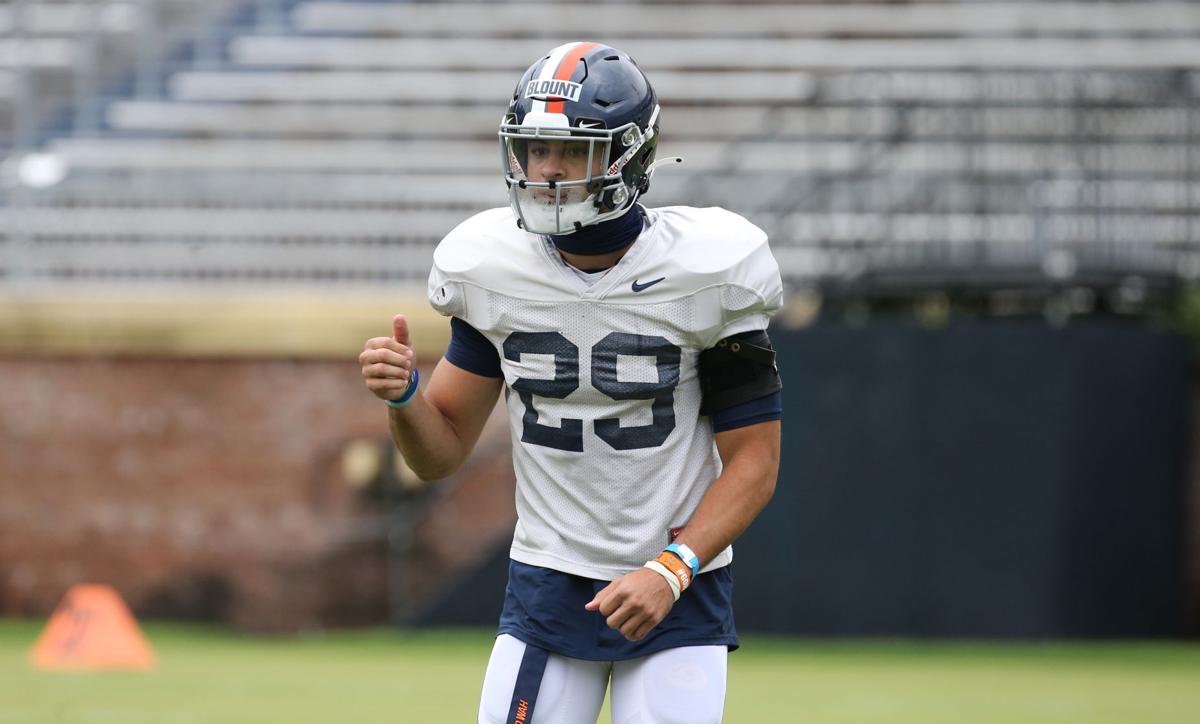 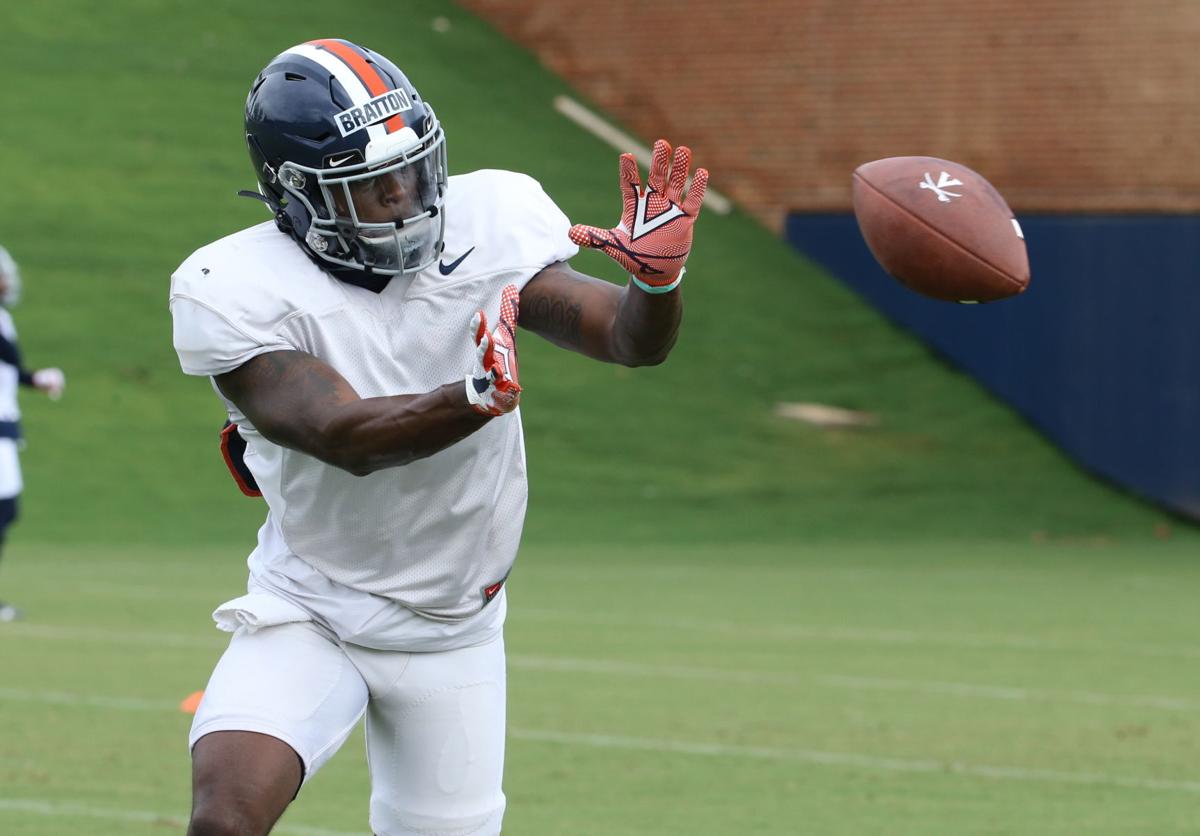 As the Virginia football program was putting the wraps on a successful 2019 season, there were some issues to be resolved as the Cavaliers began preparations for 2020.

A global pandemic was not at the top of the list.

At the time, UVa fans might have been wondering if the Cavaliers could somehow replace the production that Bryce Perkins had provided at the quarterback spot for two years.

Flash forward to Aug. 27, when UVa revealed that sophomore Brennan Armstrong had gotten the nod as Perkins’ successor — a direction in which the Cavaliers had been leaning for a while.

At that point, Virginia already had learned that its original opening game, scheduled for Sept. 7 against Georgia in Atlanta, was scrapped because of the new scheduling model the ACC adopted in the wake of the coronavirus pandemic.

UVa’s opener under the new model was supposed to be Sept. 11 against VMI. But that game, too, wound up being canceled when VMI shifted football to the spring.

So UVa will now start with a Sept. 19 visit to Virginia Tech for what had been a traditional late-season affair.

The Hokies had dominated the series, winning 19 of the previous 20 meetings, including 15 in a row, before the Cavaliers prevailed 39-30 last year in Charlottesville.

Virginia gave up 27 points or more in each of its final seven games, including a 36-28 setback against Florida in the Orange Bowl. That was preceded by a 62-17 loss to Clemson in the ACC title game.

By that point, the Cavaliers were without their most decorated defensive player, cornerback Bryce Hall, who had suffered a season-ending ankle injury on the same Hard Rock Stadium surface when Virginia lost to Miami in October.

The Cavaliers return eight starters on defense. Helping to fill the void left by Hall will be Darrius Bratton, a redshirt junior from Roanoke who suffered a season-ending knee injury at the start of 2019 camp.

“It was terrible what happened with his ACL,” returning safety Joey Blount said. “As does anyone with injuries, you kind of take it your own way. There were some highs and lows, but he kept his mind on the team and not himself.

“I think his mental toughness is what saved him and helped make him a different player. We picked Darrius high in our jersey selections and consider him a leader of the team.

“He has shown day in and day out how committed to the program he is. He’s low maintenance, with a high work ethic. I think the new No. 8 is a fresh start.”

Bratton wore No. 34 in his first three years at UVa.

Virginia’s most heralded defenders are the team’s outside linebackers, 6-foot-7, 240-pound senior Charles Snowden and 6-5, 225-pound junior Noah Taylor, both out of Silver Spring, Maryland.

Taylor had 13 1/2 tackles for loss and seven sacks last season, the team high in both categories. Snowden had 11 tackles for loss, five sacks and a team-high 11 quarterback hurries.

An inside linebacker, Zane Zandier, is back after posting a team-high 108 tackles.

The Cavaliers also have added a pair of defensive players from perennial FCS power James Madison, which is not playing football this fall.

De’Angelo Amos started 15 games for JMU last year as a safety and punt returner, earning all-conference honors in both spots. He will be joined by his ex-Dukes teammate Adeeb Atariwa, a 6-3, 277-pounder who started 15 games at nose guard last year.

“They’re both capable, they’re both bright and they’re really good fits for us,” UVa head coach Bronco Mendenhall said. “They’re both already in the rotation.

“When you’re considering a graduate transfer, for most of us there’s an immediate need. We have a need at both positions and they’re prepared well.”

Assisting in Virginia’s recruiting of the two JMU players was a UVa newcomer from one of the Dukes’ Colonial Athletic Association rivals — Shane Simpson. He is a multi-purpose back who had over 2,000 all-purpose yards in 2018 for Towson.

The Cavaliers also landed wide receiver Ra’Shaun Henry, who had a conference-leading 90 receptions for 1,180 yards and nine touchdowns last year for St. Francis in the Northeast Conference.

He could catch passes from another transfer, former Mississippi State quarterback Keytaon Thompson, a four-star recruit when he was coming out of high school in Louisiana.

But Armstrong, a redshirt sophomore who has played in 10 games over the past two seasons, will be the Cavaliers’ starting quarterback.

He is believed to have the running ability that would enable the Cavaliers to use some of the schemes that were successful for Perkins over the past two seasons.

Henry, for one, should bolster a receiving corps that is dealing with the loss of Joe Reed and Hasise Dubois, both of whom had more than 70 receptions last year.

Top returnee Terrell Jana had 74 receptions, but it’s a deep drop to the No. 2 returning receiver from last year, Billy Kemp, who had 35.

“We have had a loss,” said Mendenhall, referring to sophomore Dontayvion Wicks, who suffered a season-ending injury in camp. “We’re more thin than we have been but Ra’Shaun Henry has been a bright spot.

“With him and our two first-years, Lavel Davis and Demick Starling, that’s been a lifesaver.”