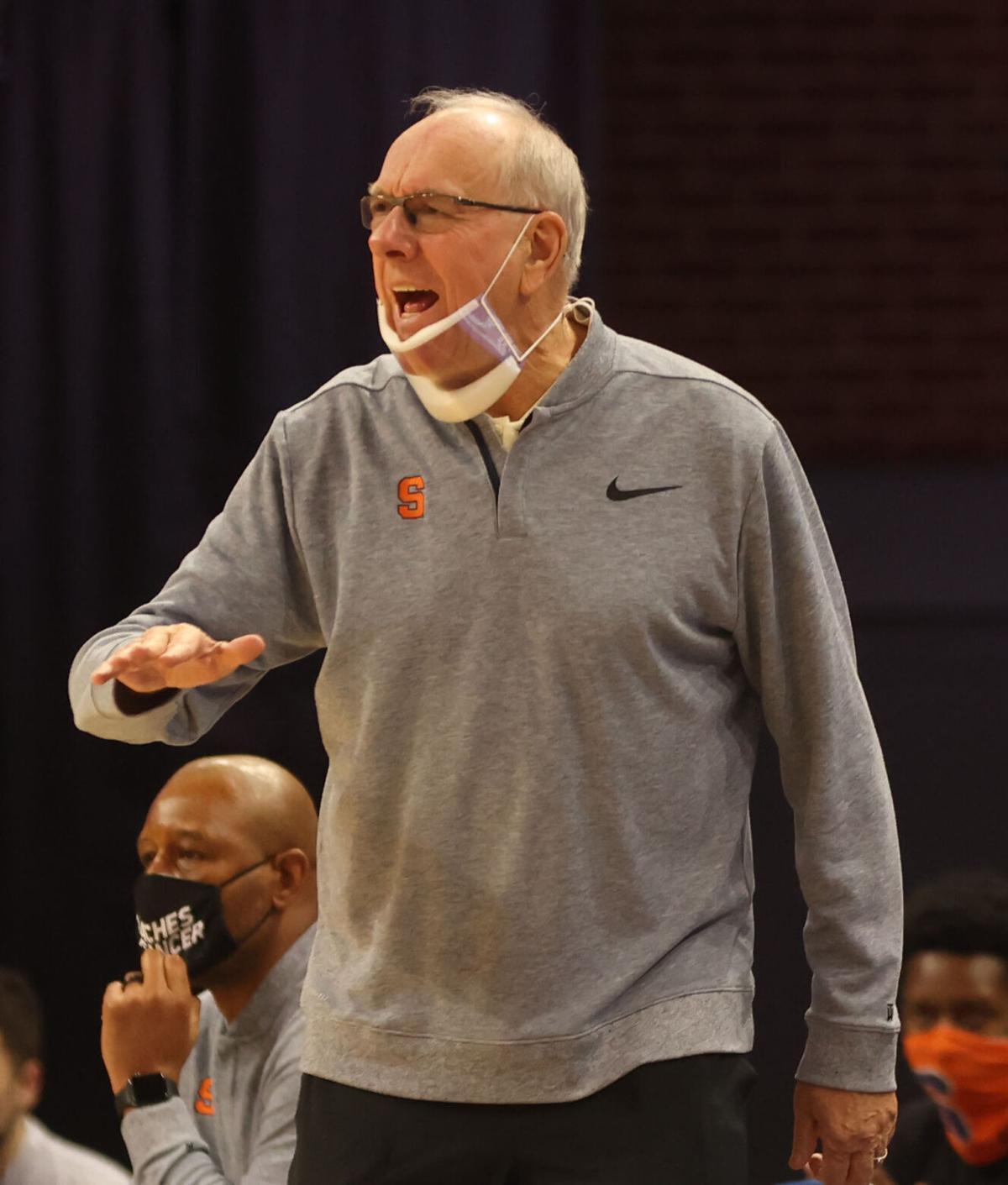 CDP Syracuse head coach Jim Boeheim reacts to a call during the game Monday in Charlottesville. 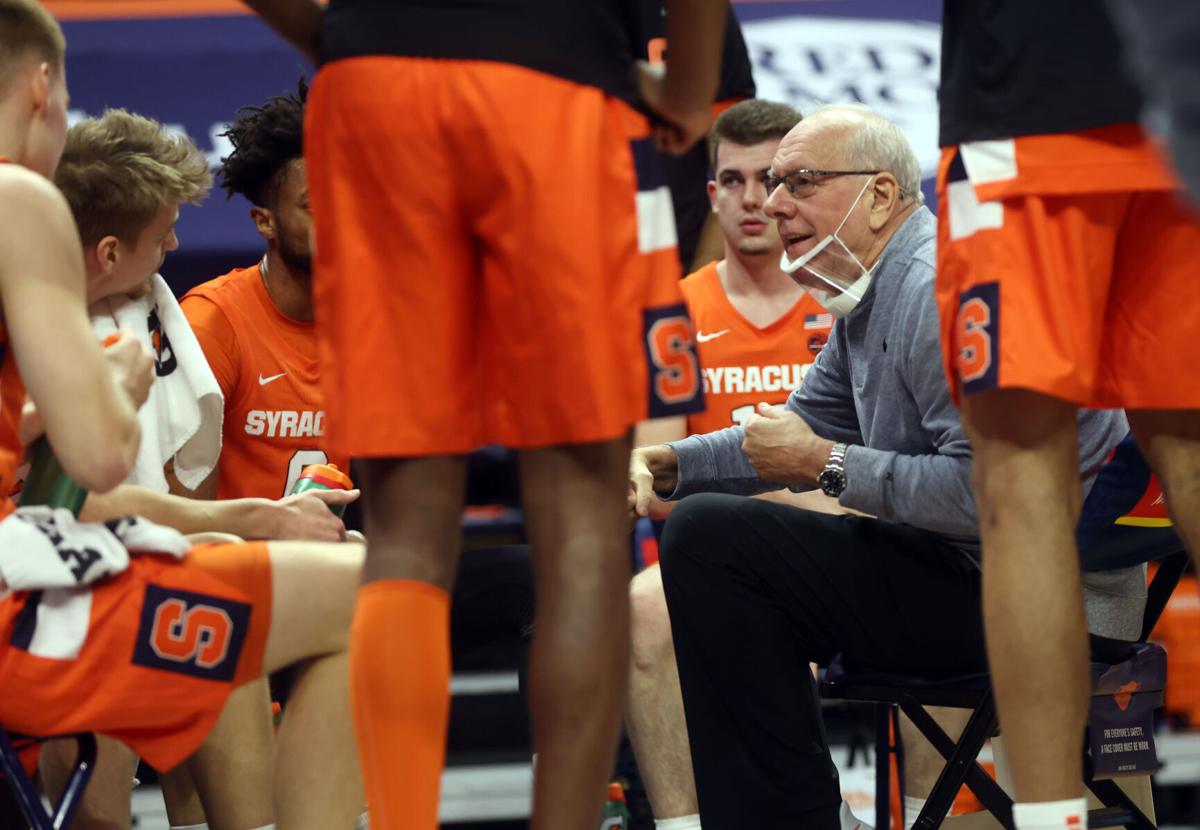 Syracuse head coach Jim Boeheim talks with his players in the huddle during the game against Virginia on Monday in Charlottesville.

On the same floor where the Orange had handed Virginia a rare home loss in 2020, the Cavaliers routed Syracuse 81-58.

Earlier in the day, UVa had moved up to eighth in the AP poll.

Syracuse entered the game at 9-4.

UVa seniors Sam Hauser and Jay Huff each scored 21 points Monday, with all of Hauser’s points coming on 3-pointers. He was 7-of-13 from beyond the arc and the Cavaliers were 14-of-31 on 3s as a team.

Trey Murphy, a transfer from Rice who was not cleared to play until November, was 4-of-10 on 3-pointers Monday and finished with 16 points, seven rebounds and two blocked shots.

While Syracuse was running away from Virginia Tech in a 78-60 victory Saturday at Syracuse, the Orange were only 4-of-13 on 3-pointers. Syracuse was 5-for-24 on 3s Monday at UVa.

“Offensively, I thought we had some pretty good looks [Monday] but we didn’t make enough of them to stay in the game,” said Boeheim, whose son, Buddy, was 1-for-8 from beyond the arc.

“They make 3s against everybody,” Boeheim said. “They make it against man-to-man, zone, doesn’t matter. The bottom line is, we had to be better on offense against them.

“We’re not going to stop them if we play them 10 times. They’re still good defensively. They’re not as good. We got shots that I thought we could make and we didn’t, simple as that.”

Going into the game, Virginia had ranked No. 22 in Division I in that category.

“We didn’t know Trey was going to be eligible and thought he was going to redshirt,” said Bennett, who learned of Murphy’s availability on the day before the season opener. “When that happened, I’m like, ‘OK, our 3-4-5 positions is where we can stretch the floor.’ “

As a sophomore last year, point guard Kihei Clark was 36-of-96 (37.5%) on 3-pointers. Only Tomas Woldetensae took more 3-pointers and now, neither Clark nor Woldetensae, who has seen limited playing time, has been a go-to guy from beyond the arc.

“Not that Kihei won’t take 3s and knock them down or that other guys [will],” Bennett said, “but I thought we’d be able to stretch the floor with those guys [Hauser, Huff and Murphy] and wanted them to shoot.

“Obviously at times, you can’t live by it, but it’s an important part of our offensive production.”

The biggest concern at game time was the spasms that Hauser had experienced while warming up.

“It felt good enough to play, so I figured I’d just play,” Hauser said. “Obviously, I shot the ball pretty well, so maybe it wasn’t the worst thing.

“Our guys were smart enough to know when someone’s hot and to get them the ball. When attention is drawn to one player, it opens the floor for another and that’s what makes us dangerous.”

CDP Syracuse head coach Jim Boeheim reacts to a call during the game Monday in Charlottesville.

Syracuse head coach Jim Boeheim talks with his players in the huddle during the game against Virginia on Monday in Charlottesville.