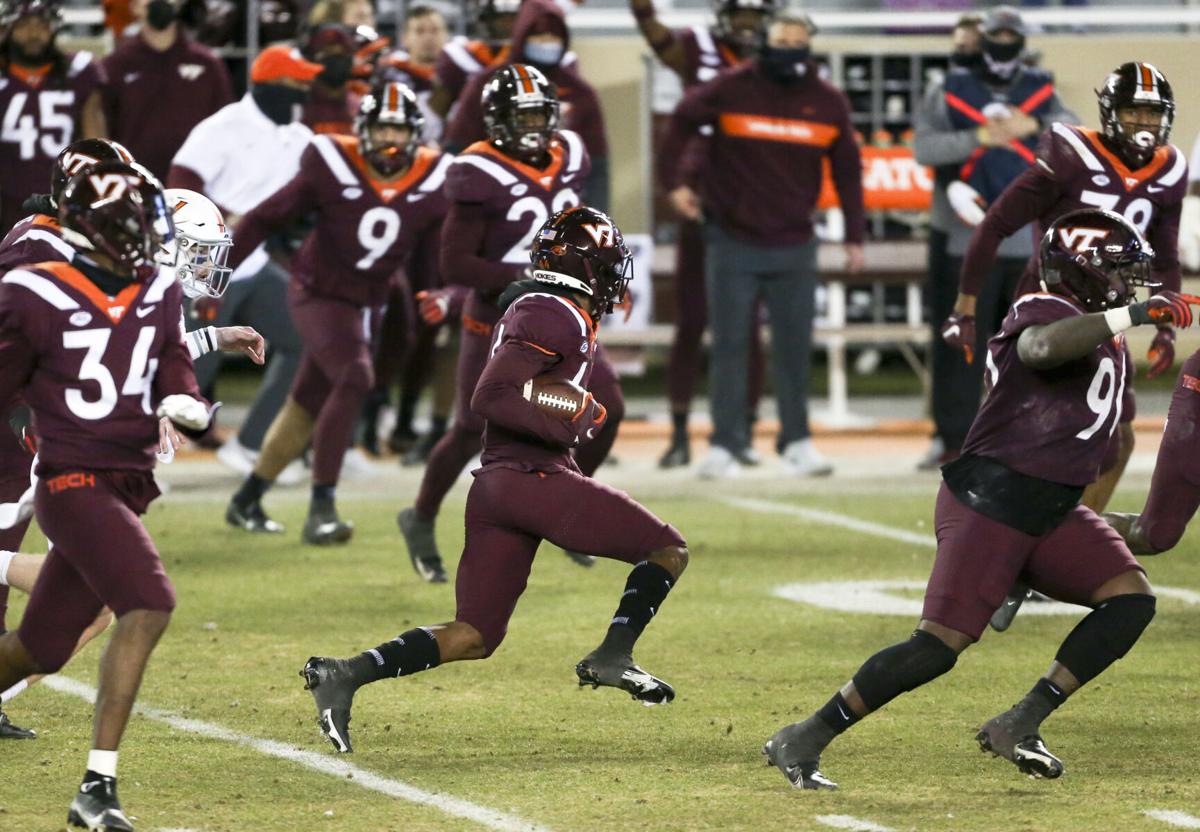 BLACKSBURG — Virginia Tech’s secondary had its worst performance of the season in a 38-26 loss to Miami on Saturday.

Things won’t get any easier for the group this weekend when the Hokies face Virginia quarterback Brennan Armstrong, who leads the ACC with 4,044 yards and has thrown 30 touchdowns.

Tech gave up a season-high 357 yards to Miami, but interim coach J.C. Price wasn’t willing to blame those struggles entirely on the secondary after reviewing film of the loss and breaking the game down with defensive coordinator Justin Hamilton.

“If one person on defense is not living up to their end of the bargain, then the whole defense suffers,” Price said. “It’s not just on the secondary, it’s on the d-line. We didn’t rush the passer very well. If there’s a good rush, there’s good coverage. If there’s good coverage, there’s a good rush. Those things go hand in hand. I would not sit here and put it on any one portion of the defense.”

After the game, Price said Miami’s “great speed” at receiver gave the defense issues and those big plays Tech gave up proved to be the difference. Hurricanes quarterback Tyler Van Dyke had six completions of 30 yards or more and two of those went for 70-plus yards.

Tech starting cornerback Jermaine Waller received the lowest grade of his career, according to Pro Football Focus. The corner was graded out at 28.2 for giving up seven catches on nine targets for 115 yards with a touchdown. He did have a pair of pass breakups, but also was called for pass interference.

He was called for pass interference three times against Duke the previous week.

“If they had big plays, they scored,” Price said, on Saturday. “If they had to drive it, we had a chance to get off the field. That’s kind of a nutshell on defense.”

He wants to see improvement from the whole group this weekend against a UVa team that isn’t quite as explosive as Miami — the Cavs only have eight plays of 30 yards or more this season — and have a different way of making problems for opposing defenses.

“Length, length and more length,” Price said, of Virginia’s receivers. “They’re all big, tall, long guys. He (Armstong) has confidence in them, he’ll come out of his read and throw that thing back across the field and throw it up to those guys who are not only good athletes, they can run, but it’s just, the first thing that hits you on the screen when you watch their tape is just the length of those guys.”

Tech’s secondary did a good job of containing Armstrong last season with Dorian Strong, Brion Murray and Armani Chatman rotating at corner. Armstrong was 25 of 46 for 259 yards with two touchdowns and two interceptions. Strong came down with one of those picks making his first appearance in the rivalry as a true freshman.

But Price’s point about a strong coverage being intertwined with an effective pass rush was very true in that game.

Tech was credited with 26 total quarterback pressures by Pro Football Focus in the win with four sacks, two quarterback hits and 20 hurries. The Hokies only had six against Miami and no sacks.

Brooklyn losses show Virginia Tech has 'work to do'

"We're not as good as we thought we were," Mike Young said.