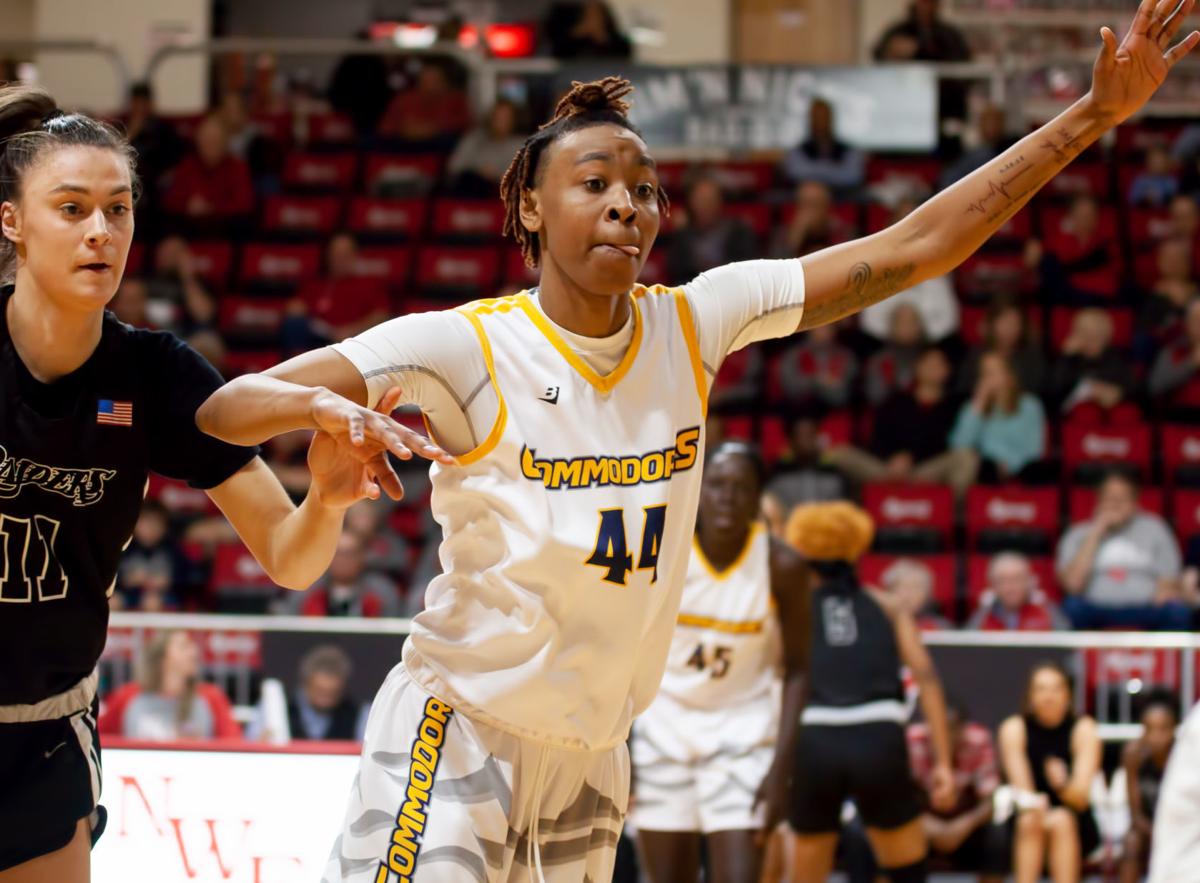 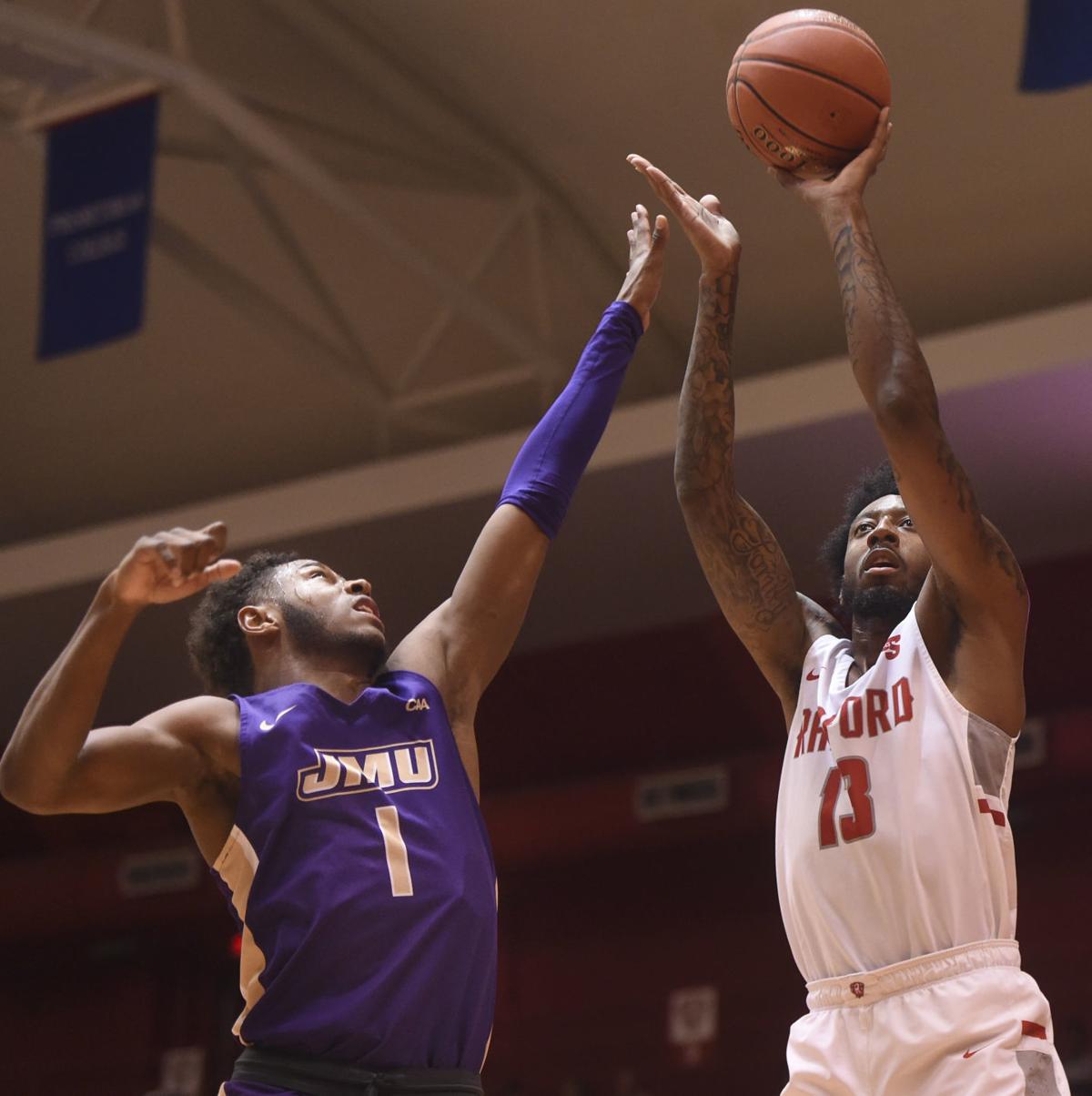 Radford forward Leroy Butts IV (right) has entered the transfer portal. He had a career-high 19 points in a December win over James Madison. 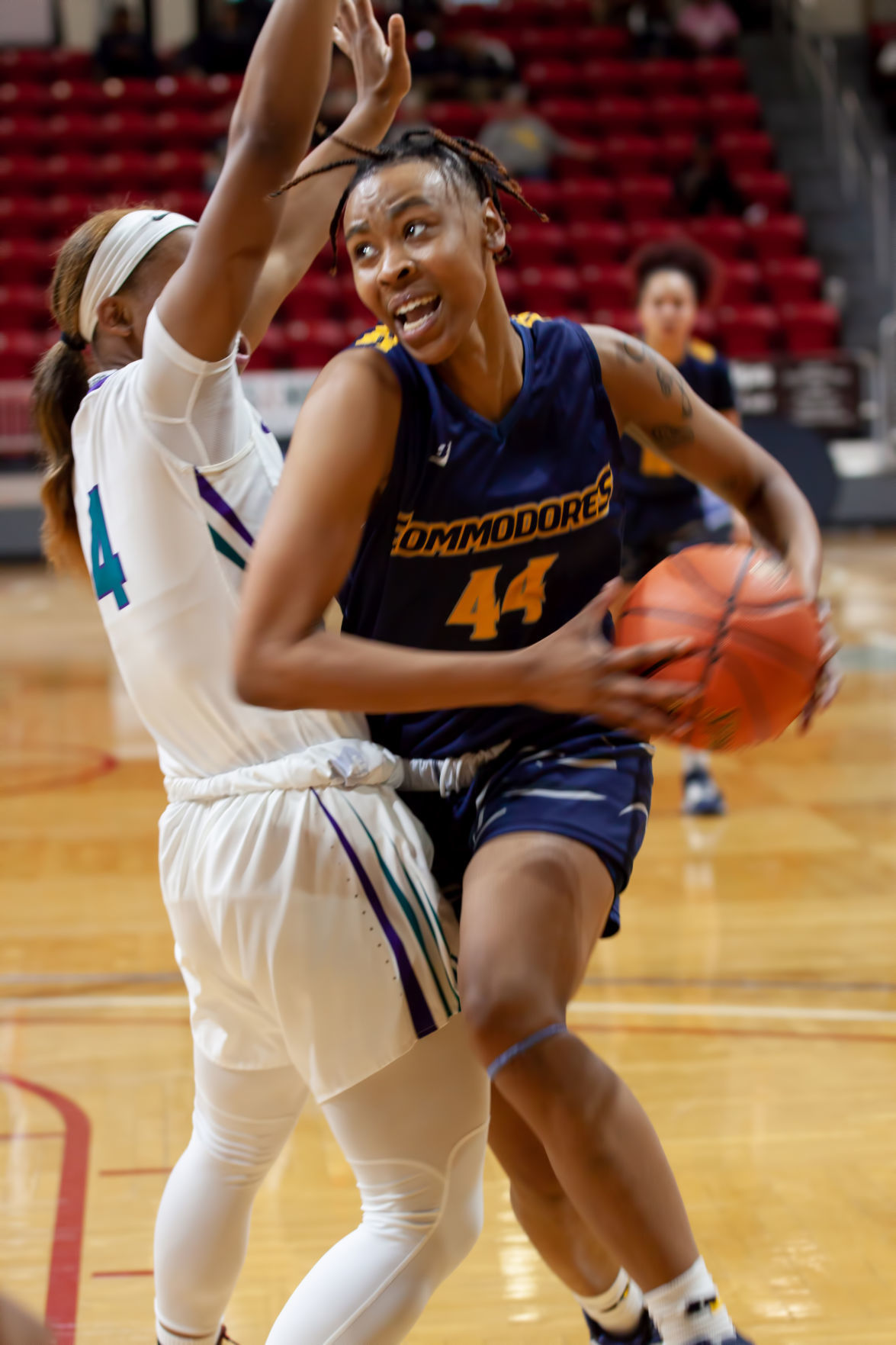 D'asia Gregg (with ball) is transferring to Virginia Tech. She averaged 15.3 points for her junior college last season. 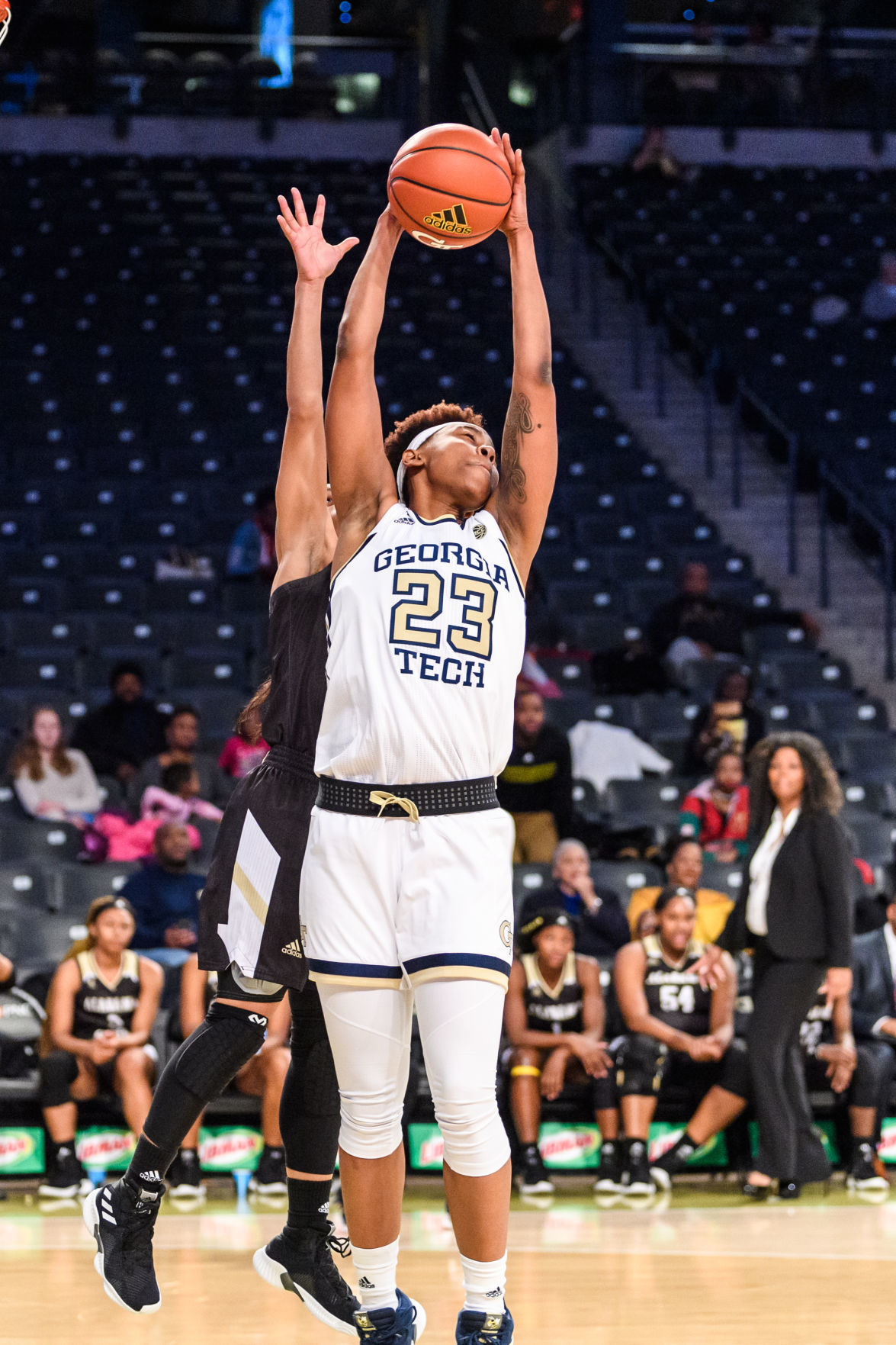 D'asia Gregg (23), who played for Georgia Tech in the 2018-19 season, is transferring from a junior college to Virginia Tech. She decommitted from Florida State last month.

D’asia Gregg is joining the Virginia Tech women’s basketball team — and it won’t be her first stint in the ACC.

Gregg, who averaged 15.3 points and 6.1 rebounds for national junior-college power Gulf Coast State in Florida last season, has signed with the Hokies.

The 6-foot-2 forward began her college career at Georgia Tech. She averaged 2.5 points, 1.2 rebounds and 6.8 minutes for the ACC school as a freshman in the 2018-19 season. Georgia Tech changed coaches after that season.

“It’s just great to be back in the ACC,” Gregg said Tuesday in a phone interview from her South Carolina home.

Gregg had verbally committed to national and ACC power Florida State in early February. But she decommitted in late March and reopened her recruitment.

As a junior-college transfer, Gregg will be able to play for Virginia Tech without having to sit out a year. She said Clemson and Nebraska were also interested in her.

“I kind of fell in love with Virginia Tech,” she said.

She expects to play both on the wing and at power forward for the Hokies.

Virginia Tech will be looking for a new starter at small forward. Aisha Sheppard, who started at that spot last season, will be shifting to off-guard. Off-guard Dara Mabrey entered the transfer portal last month.

The starting power forward will likely be Asiah Jones, who had to sit out this year after transferring from Southern Cal.

Gregg is the second transfer to sign with the Hokies this month. Wofford point guard Da’Ja Green committed to Virginia Tech as a graduate transfer earlier this month. The two join four fall signees in Kenny Brooks’ 2019-20 recruiting class.

The Radford men’s basketball team has lost another player to the transfer portal but has gained the services of a junior-college transfer.

Dante Moses of Daytona State College in Florida has signed with the Highlanders. The 6-4, 190-pound guard averaged 13.7 points and 5.0 rebounds as a sophomore last season, earning all-conference honors.

“It’s a big transition, and I’m ready to take the next step,” he said in a phone interview.

Moses expects to play both guard spots for the Highlanders.

“I want them to really feed off my energy,” he said. “Getting to the basket is kind of my specialty.”

He said Radford coach Mike Jones first offered him a scholarship in 2018 after Jones noticed him in an AAU game. But Moses said he did not meet the NCAA’s initial-eligibility standards because of his GPA, so he had to go the junior-college route.

Moses played for Palm Beach State (Junior) College in the 2018-19 season. When his coach there got the Daytona State job, Moses followed him to that school.

He joins three fall signees in the 2019-20 recruiting class.

Butts averaged 4.1 points, 2.9 rebounds and 14.5 minutes as a junior for the Big South regular-season champions. He started 18 games last season, but none after Jan. 20.

He had a career-high 19 points in a December win over James Madison. He had 12 points and nine rebounds in a December loss to Duquesne. But he averaged just 2.4 points in Big South play last season.

Butts entered the portal last week, becoming the third Highlander to do so this spring.

Mans averaged 14 points, five assists and six rebounds as a senior at Bishop Carroll High School in Wichita, Kansas, earning all-state honors. He helped his team win the Class 5A state title as a sophomore.

Radford forward Leroy Butts IV (right) has entered the transfer portal. He had a career-high 19 points in a December win over James Madison.

D'asia Gregg (with ball) is transferring to Virginia Tech. She averaged 15.3 points for her junior college last season.

D'asia Gregg (23), who played for Georgia Tech in the 2018-19 season, is transferring from a junior college to Virginia Tech. She decommitted from Florida State last month.