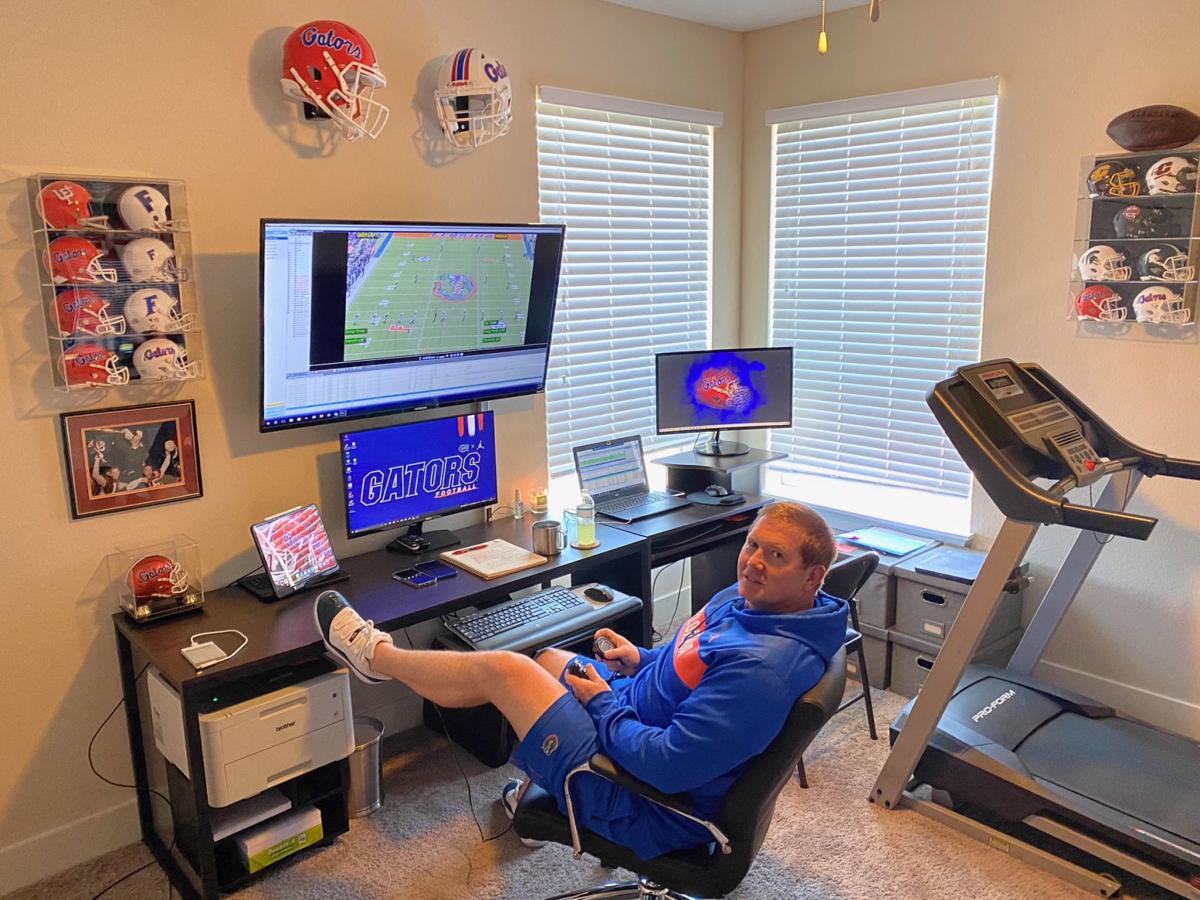 Florida quality control coach Shayne Graham has been working from home because of the coronavirus pandemic. 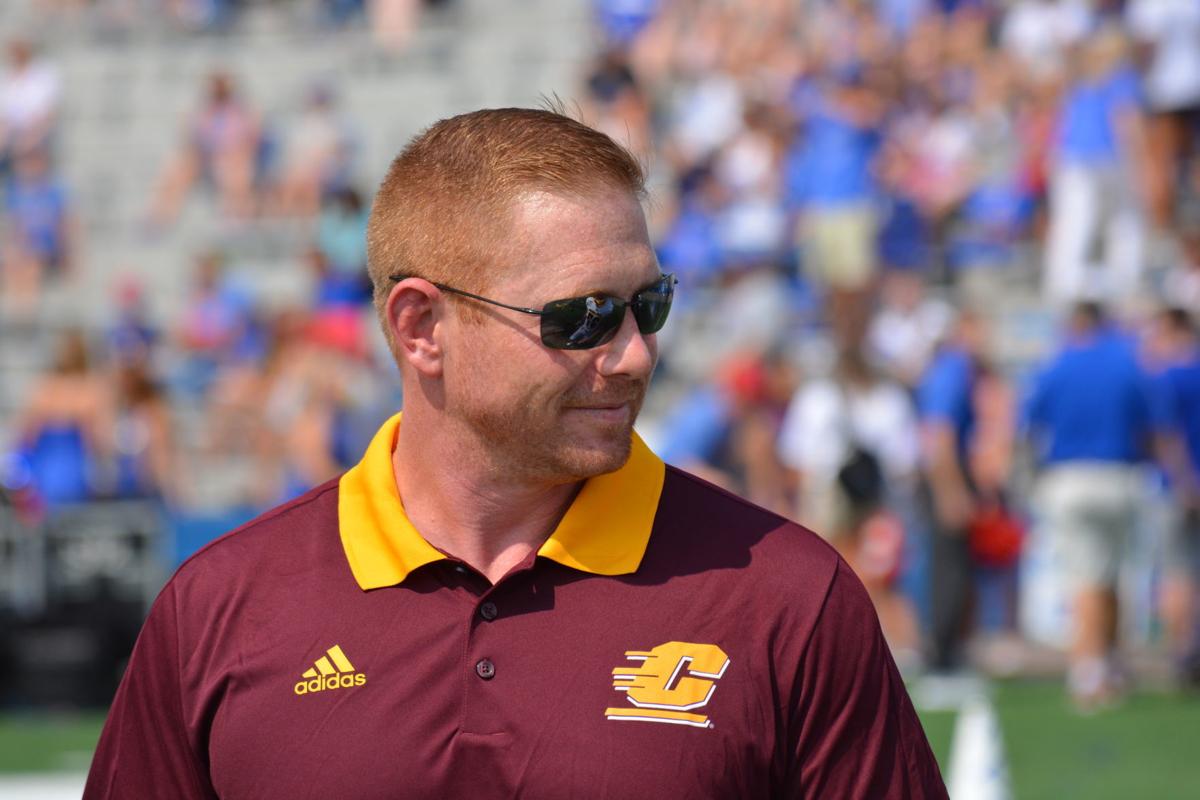 Shayne Graham, shown when he was on the Central Michigan football staff in 2017, joined the Florida staff in February. He spent the past two seasons at Michigan State.

Perhaps the Hokie Club should start a new chapter in the University of Florida football office.

“There are very high expectations that are set on the [Florida] program. You kind of want to be a part of that,” Graham said this week in a phone interview from his Florida home. “The weather’s warm and you’re in the SEC and all that, but [it’s about] knowing you’re in such a competitive environment and you can be a contender and … also know that it’s going to be an easier situation possibly to help you get exposed for further jobs down the road.”

“I was recruited by Grantham [to Tech],” Graham said. “He’s from my hometown, so it made it kind of easy to have that connection … during recruiting. It was his idea to recruit Caleb Hurd [from Pulaski County] as my holder at Virginia Tech that made me even make that decision [to pick Tech] in the first place.”

Graham, 42, began his coaching career in 2017 as a special-teams quality-control coach at Central Michigan.

He spent the past two seasons at Michigan State, serving as a special teams analyst for Mark Dantonio.

“I loved working for him,” Graham said. “He reminds me a lot of [ex-Tech] Coach [Frank] Beamer in how much he cares for his players and coaches and the community. I think the players always came above just the bottom line of winning.

“[Dantonio] had a lot of trust and faith in me and gave me a lot of responsibility.”

Dantonio announced his retirement in February. Graham said he was already in discussions for the Florida job when Dantonio stepped down and already knew he was going to get the Florida position.

Graham has been working from his home since March because of the coronavirus pandemic.

As a quality-control coach, Graham is not allowed under NCAA rules to coach the players on the field during practices. But he is allowed to be on the sideline for practices and games.

Graham’s role will be to help special teams coordinator/running backs coach Greg Knox by handling the special teams unit’s practice plans; preparing the presentations for the unit’s meetings; charting kicks and drills in practice; and studying film of upcoming foes.

“That’s probably one of the most tedious parts of my job, is scouting the opponent with their [special teams] personnel and their schemes and their tendencies and kind of evaluating the film,” Graham said.

Graham, who spent 15 seasons as an NFL place-kicker, hopes to eventually return to the NFL as a special teams coordinator.

“I’ve enjoyed the process of kind of paying my dues,” he said.

Dematrius Davis, a quarterback in the 2021 recruiting class who verbally committed to Virginia Tech last November, tweeted Wednesday that he is decommitting from Tech.

But the Texas native might still wind up picking the Hokies. He tweeted that he will still be taking an official recruiting visit to Tech.

“I want to make sure I am making the right decision for me and my family,” he tweeted.

Wake Forest center Olivier Sarr, who made the All-ACC third team as a junior last season, tweeted Wednesday that he is transferring to Kentucky.

He had entered the transfer portal after Wake Forest changed coaches.

“I’m excited to bring the Kagey name back to Ashland [where the college is located],” she said Wednesday.

Florida quality control coach Shayne Graham has been working from home because of the coronavirus pandemic.

Shayne Graham, shown when he was on the Central Michigan football staff in 2017, joined the Florida staff in February. He spent the past two seasons at Michigan State.