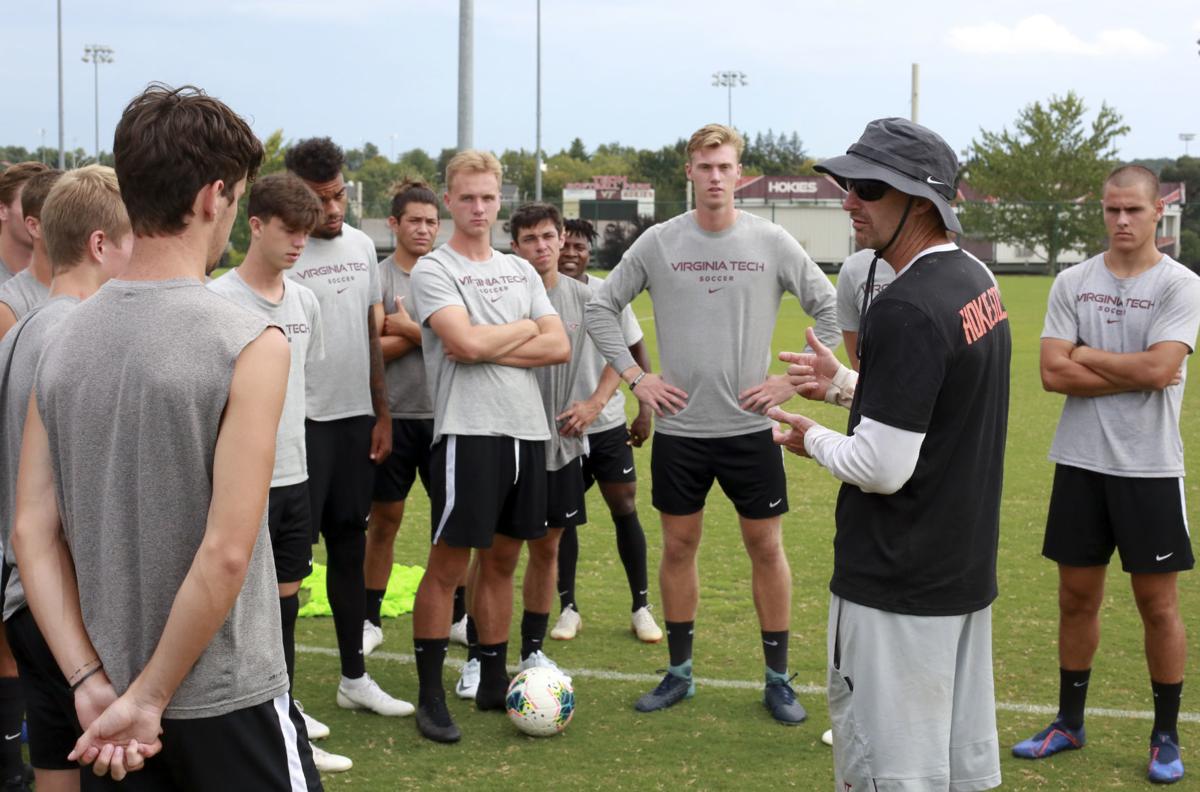 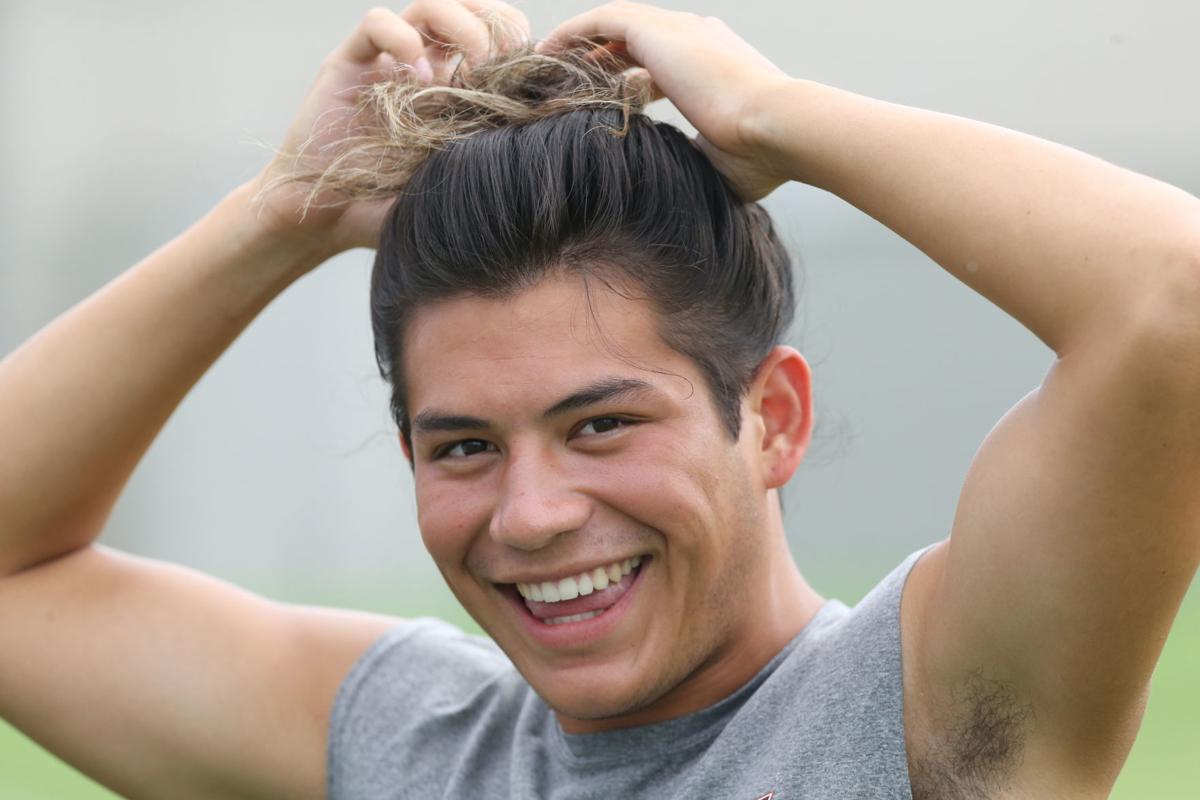 Junior Kristo Strickler and the Hokies will play at home in the second round of the NCAA tournament.

The Virginia Tech and Virginia men’s soccer teams have both reaped first-round byes and second-round home games in the NCAA tournament.

The pairings for the 48-team tournament were announced Monday.

UVa (17-1-1), which earned an automatic bid as the ACC champ, was chosen as the No. 1 overall seed in the NCAA field for the second time in its history.

“It’s a nice kind of recognition,” UVa coach George Gelnovatch said Monday in a phone interview. “But top four [seeding] is kind of what you’re going for. Overall No. 1, 2, 3, 4 to me are kind of interchangeable.”

Only the top 16 teams in the field were seeded. Those 16 teams were rewarded with first-round byes and second-round home games.

So Tech coach Mike Brizendine, whose team was No. 7 in the RPI, was relieved to be seeded.

“I felt pretty good about it, but you never know,” Brizendine said. “Getting the seed and being able to watch our opponent and getting a few more days’ rest are all very important.

“I’m grateful because the guys put in a lot of work and I think they deserved the seed.”

The Hokies, in the NCAAs for a school-record fourth-straight year, will host America East champ New Hampshire or Northeast Conference champ Fairleigh Dickinson at 4 p.m. Sunday.

The injury-plagued Hokies lost to Wake Forest in penalty kicks in the ACC quarterfinals on Nov. 10.

Jon Ingason, Nikal Clarke-Smith, Chris Little and Nico Quashie missed that game, while Camron Lennon got hurt in that game. Brendan Moyers played in the game but is also ailing.

“We’re still pretty beat up,” Brizendine said. “We’re not going to have our full complement of players, but I’m hoping that we can get a couple more back.”

“We have a couple different ways to hurt you, whether it’s set pieces or individual talent,” Brizendine said. “We haven’t been as healthy up there as I had hoped, and I think that hurt us during the regular season. But we make it work.”

The Cavaliers, in the NCAAs for the 39th straight time, will host Colonial Athletic Association champ James Madison (11-6-3) or Big South champ Campbell (16-2-2) at 1 p.m. Sunday.

Campbell will visit JMU on Thursday.

Gelnovatch, whose team last won the NCAA title in 2014, said his squad has the necessary ingredients for a championship.

“We’ve got a talented team … but it’s not enough,” Gelnovatch said. “You need that experience, you need that hunger, you need that drive. And that’s collectively what makes this team a little bit different.”

“We have sneakily become a veteran team,” he said. “There’s been years where we’ve had some pretty talented teams but … didn’t have enough experience. I think that was clearly [the case] last year.”

“He’s playing a much different role than he played for us last year,” Gelnovatch said. “Now he’s in a playmaking role in the central midfield. … He’s massively important for us.”

UVa and Tech are among 10 ACC teams in the NCAA field.

The Washington and Lee men’s soccer team will have to face defending NCAA Division III champ Tufts (16-2-2) in the Sweet 16.

The Generals (17-2-3) got to play at home in the first two rounds but will now have to head up to Swarthmore College in Pennsylvania. Swarthmore will host a Sweet 16 doubleheader and a quarterfinal game.

The winners will square off at 3 p.m. Sunday for a berth in the final four.

Tufts has won three of the past five Division III titles.

W&L is the only one of the four schools in this sectional that entered the tournament as the top seed in its region. But as W&L coach Michael Singleton expected, the NCAA picked Swarthmore to host this sectional because of its location.

“This is the cheapest way the NCAA could do it, because everybody can take a bus,” Singleton said with a laugh.

Singleton is not happy that W&L is playing in the second game of Saturday’s twin bill. If W&L wins, it will have to play again in less than 24 hours.

“We worked so hard in the regular season to earn our No. 1 seed in the region. Why is that not considered when you get to the third round?” Singleton said. “I do think it should be us in the first game with Tufts.”

Last weekend, W&L beat North Carolina Wesleyan 1-0 in the first round and rallied past Gettysburg 3-2 in the second round.

Cougars next for UVa women

The UVa women’s soccer team will host Washington State (13-6-1) at 7 p.m. Friday in the second round of the NCAAs.

Virginia, which was the No. 1 seed in its 16-team bracket, beat Radford in the first round of the 64-team tournament last weekend.

The winners will meet at 5 p.m. Sunday for a berth in the quarterfinals.

"It's nice to have everyone back in uniform and participating," Mike Young said.

No. 16 Virginia Tech falls to Georgia Tech in return to court

The Hokies had not played since Feb. 6.

Virginia Tech's biggest competition this spring will be at running back with the Hokies looking to replace 1,000-yard rusher Khalil Herbert, here's our spring position preview

Tyrece Radford to play for Virginia Tech tonight, but Jalen Cone will not

BLACKSBURG — Tyrece Radford will play for the Virginia Tech men's basketball team tonight against Georgia Tech, according to the university, b…

Virginia Tech's lost some talent on the offensive line during the offseason, but they still have a solid foundation, here's the latest spring position preview focused on the team's offensive front

We wrap up the offensive side of the ball for Virginia Tech's 2021 spring position previews with the tight ends, a position of real strength for the Hokies

Junior Kristo Strickler and the Hokies will play at home in the second round of the NCAA tournament.