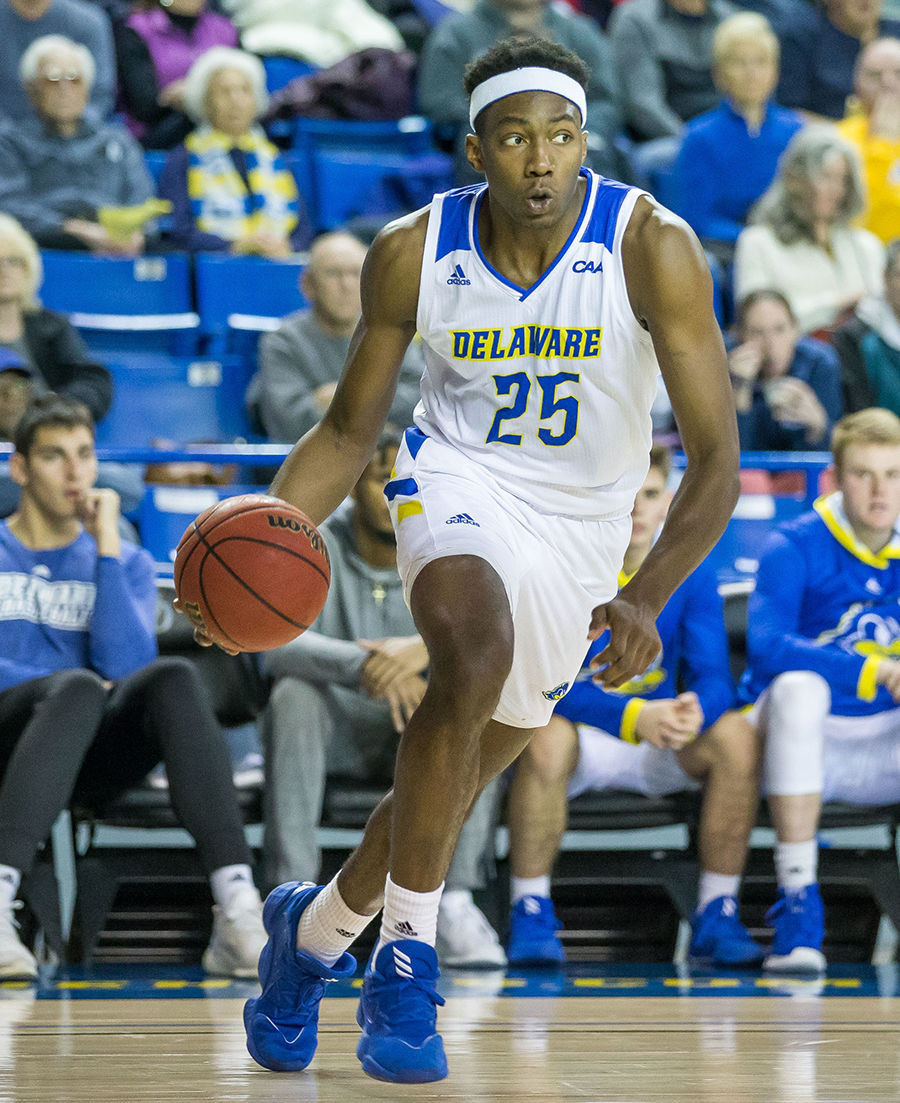 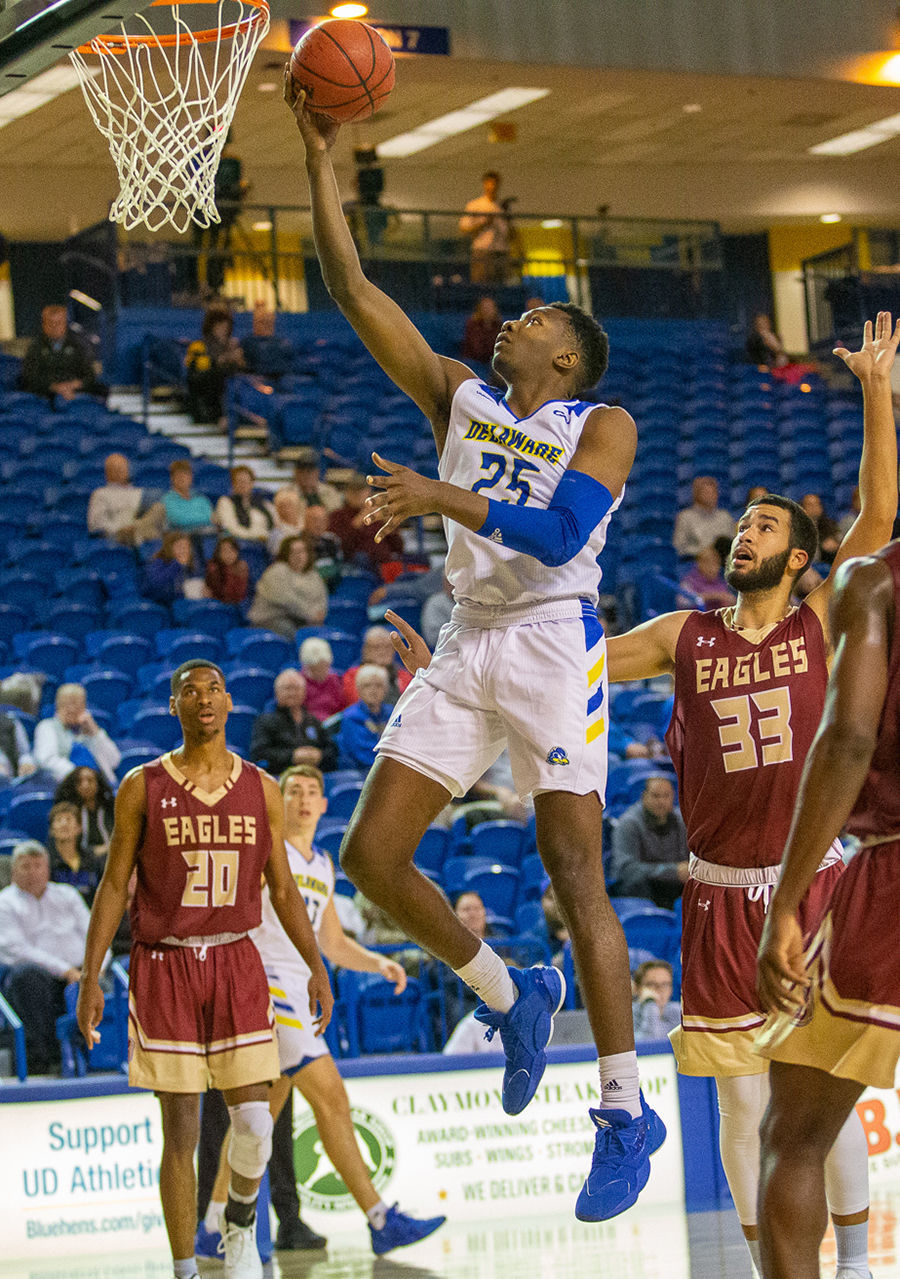 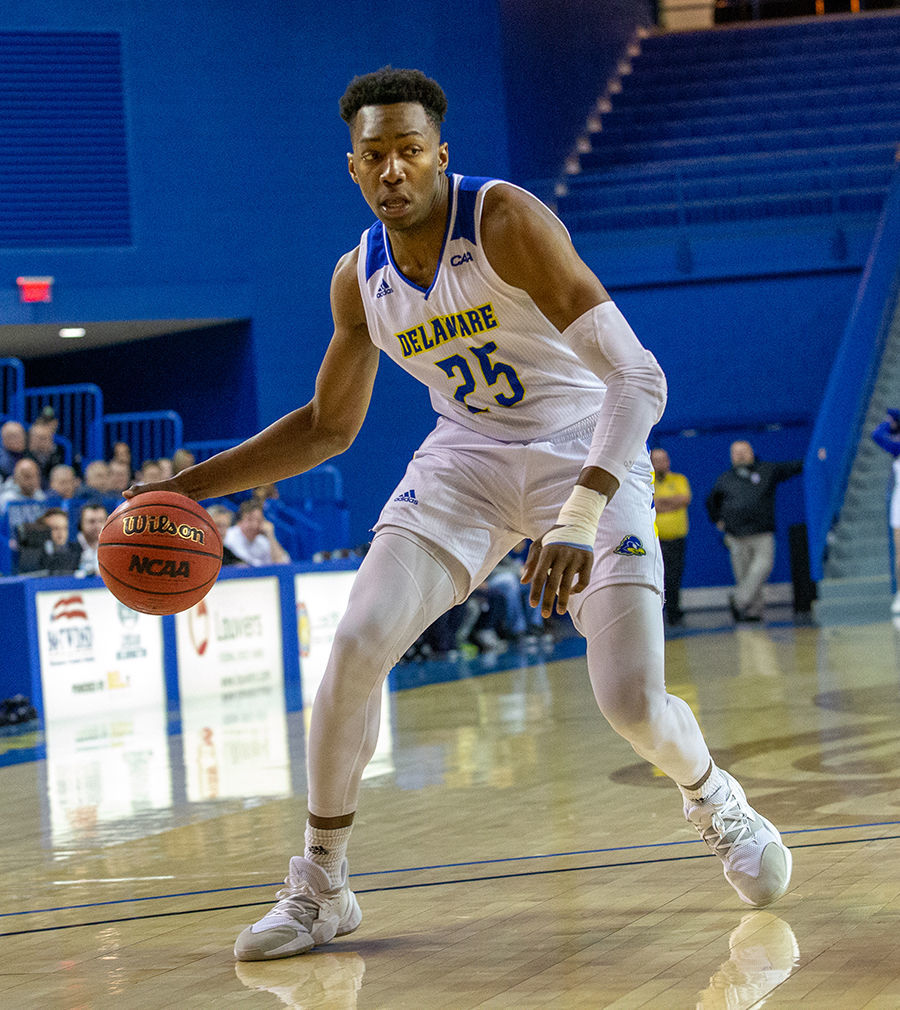 The Virginia Tech men’s basketball team has picked up another transfer.

“I feel as though I could make an impact right away,” Mutts said in a phone interview from his New Jersey home.

As a graduate transfer, Mutts will be able to play for the Hokies without having to sit out a year.

Mutts graduated from Delaware last month after only three years of college. So unlike most graduate transfers, Mutts has not one but two seasons of eligibility left.

He entered the transfer portal in late May.

“Being that I graduated early, … I just wanted to open up all my opportunities and see what the best position would be to put myself in to get to the next level, to make myself the best basketball player I could be,” he said.

“I loved everything about Delaware and the opportunity I had there. I just wanted to see what my best opportunity would be.”

“I love the [Tech] staff. I trust the system and I trust that they’ll be able to help me personally develop as a basketball player,” he said.

The chance to play in the ACC helped put Tech over the top.

“Being able to play in the highest conference … against the best competition every night [was appealing],” he said.

Mutts also liked the fact that Tech is closer to New Jersey than Mississippi State or Houston.

Mutts said a number of other schools also showed interest in him this month, including North Carolina State, Wake Forest and Arkansas.

Does he feel ready to make the jump from the CAA to the ACC?

“I feel extremely ready to put the work in,” he said. “I’m ready to stay in the gym every day, grinding.

“I’m ready to challenge myself, so that by the time the games do start, I’ll be more than prepared.”

He ranked third in the Colonial in double-doubles (11) and fifth in field-goal percentage (53.8%). He likes to drive to the basket but said he has an “evolving skill set.”

Thanks to nonleague outings against Maryland-Eastern Shore and Columbia, he became the first Delaware player since 1996 to have back-to-back games with at least 20 points and at least 15 rebounds.

“I’m an energetic player,” he said.

Mutts said Tech coach Mike Young plans to use him at power forward, which was his position at Delaware.

He said he developed an “amazing relationship” with Young.

“There was a point where we would talk every night on the phone, conversations about basketball and about the program but then also I got to know him as man and he got to know me,” he said. “We got to learn about each other’s values.”

Mutts began his college career at High Point. He averaged 6.0 points and 4.0 rebounds in the 2017-18 season, earning a spot on the Big South all-freshman team.

Mutts opted to transfer after Scott Cherry lost his job as High Point’s coach at the end of that season.

He sat out the 2018-19 season after transferring to Delaware.

BLACKSBURG — Virginia Tech imposed a hiring freeze in the wake of the COVID-19 pandemic back in April, but university officials left some wigg…

There will be no fall Olympic sports regular-season games or exhibitions until at least Sept 1.

Virginia Tech celebrated July Fourth with some fireworks on the recruiting trail.

BLACKSBURG — A growing number of Virginia Tech football players are back on campus for voluntary workouts after a three-month hiatus, but it’s…

He is moving up to the New England Revolution after being with its USL affiliate.