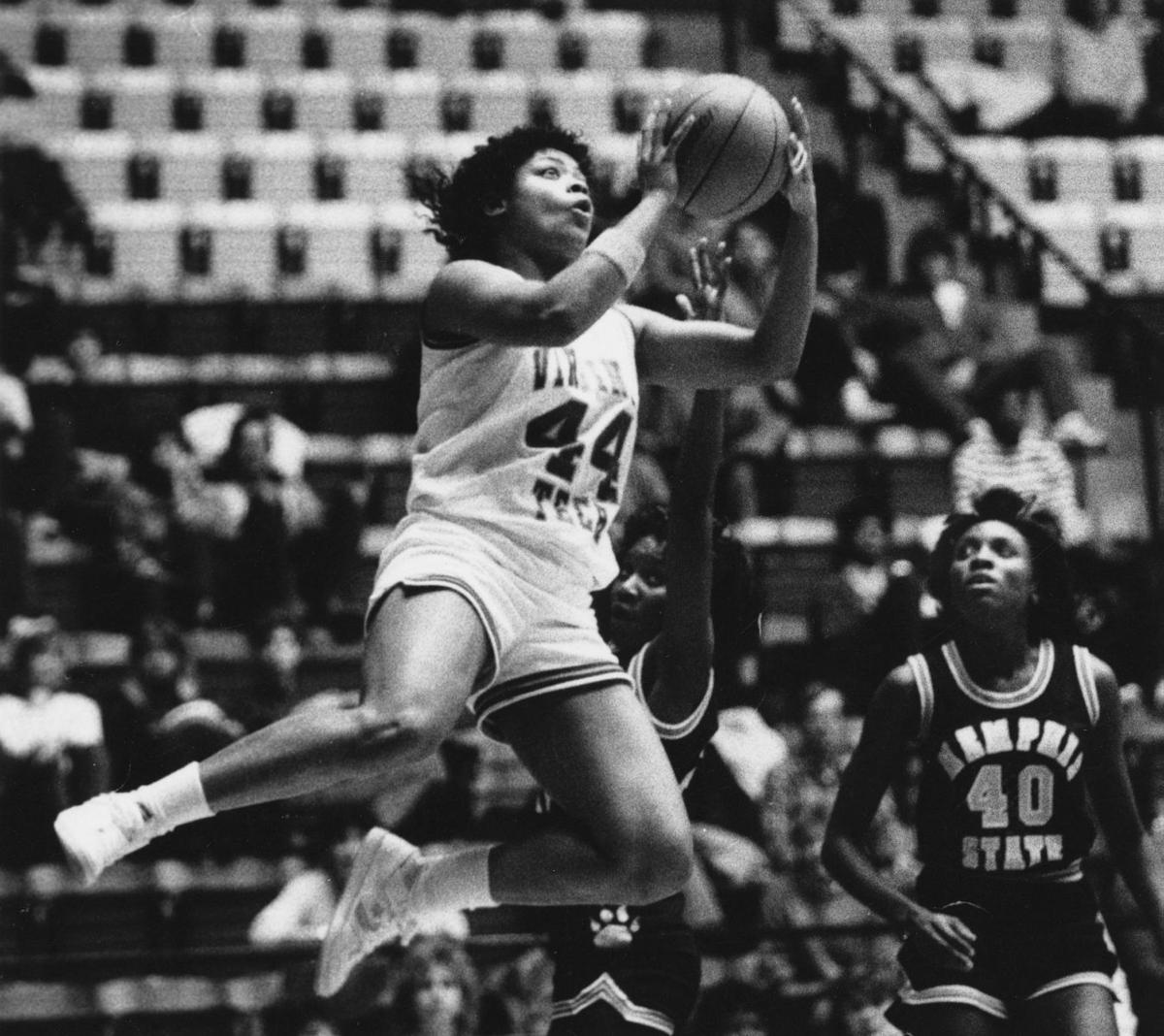 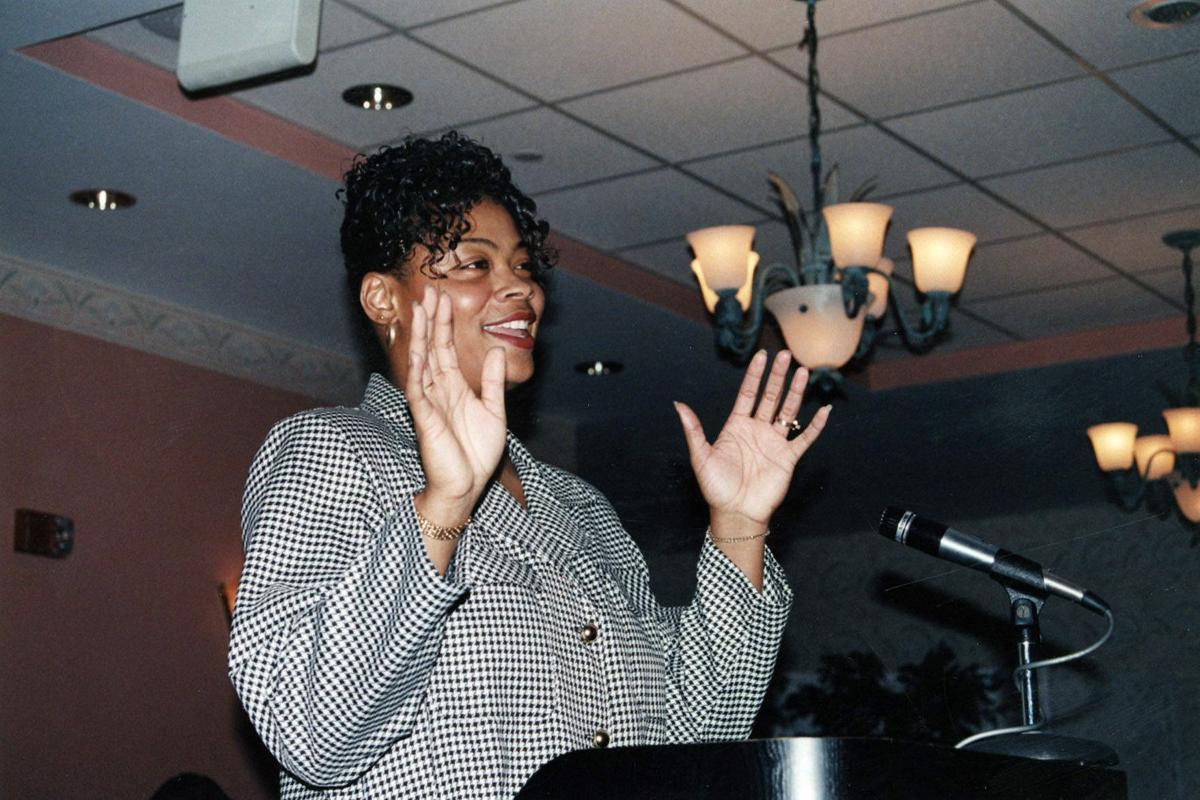 Renee Dennis speaks in 1997 at her induction ceremony for the Virginia Tech Hall of Fame.

Former Virginia Tech women’s basketball standout Renee Dennis, whose No. 44 jersey hangs from the Cassell Coliseum rafters, has died at the age of 49.

Dennis died of ovarian cancer Aug. 4 at a nursing home in Trumbull, Connecticut, according to her mother, Mary Dennis. Virginia Tech announced her death Monday.

She was diagnosed with ovarian cancer in the spring of 2014 while living in Florida, said her mother. Just days after completing chemotherapy last September, Dennis suffered a stroke that robbed her of the ability to speak and to feed herself. She suffered a seizure last December.

Her parents moved her from Florida to a nursing home in her hometown of Bridgeport, Connecticut, earlier this year. This summer, the cancer returned.

Dennis, who was a 5-foot-10 forward, averaged a school-record 15.6 points in her career.

She is the only Tech women’s basketball player to have had her jersey retired. Her jersey was retired in 1987, when she became the first female Tech athlete to receive that honor.

Dennis was inducted into the Virginia Tech hall of fame in 1997, part of a class that included football coach Frank Beamer. She was the first Tech women’s basketball player to be inducted.

“She was a hard-nosed kid,” Alfano said. “She was a fierce competitor.

“She was a warrior.”

“She was extremely explosive. She was really a bull with the basketball,” former teammate Susan Walvius said. “She could absolutely put her head down and get to the rim — very aggressive driving.

“She was really, really good at taking the ball to the rim.”

Dennis ranks fourth in Tech history with 792 career rebounds. She once held the top spot.

“She could create a lot of her own offense from rebounding and from her defense,” said Walvius, a former Tech standout herself who became a head coach at VCU, West Virginia and South Carolina. “Good hops — quick off her feet.”

Dennis made the All-Metro Conference first team as a junior and senior.

“She had so much passion, “Walvius said. “She played with a lot of emotion.”

Dennis joked around off the court, said Walvius.

“She always had a big smile on her face,” Walvius said.

She owns the second-best single-game scoring output in Tech history, having tallied 34 points in a 1987 game against Memphis. It remains the most points ever scored by a Tech women’s basketball player at Cassell Coliseum.

“Those kids were crazy about her,” Mary Dennis said. “She spent a lot of time with them. … A lot of times they didn’t have money to buy things, so she spent her money buying those kids things.

“She was really, really a good person.”

Dennis is survived by her parents, four brothers and other relatives. Her funeral will be held Thursday in Bridgeport. 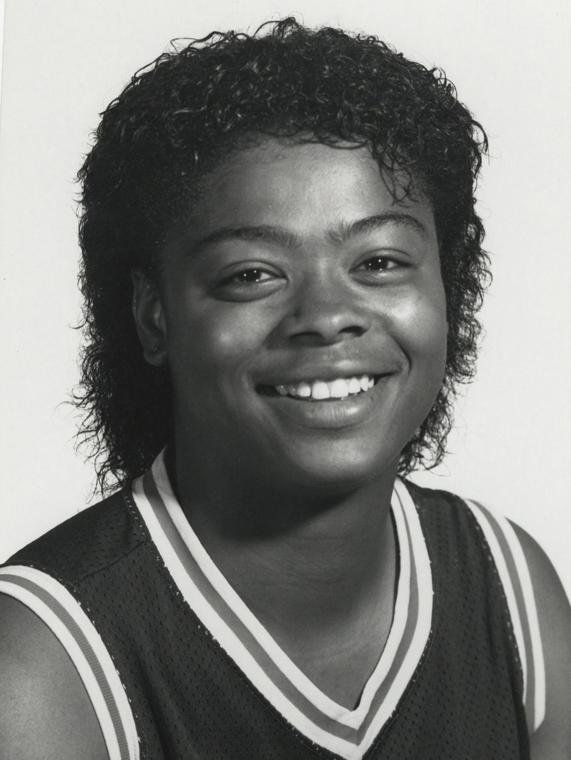 Renee Dennis speaks in 1997 at her induction ceremony for the Virginia Tech Hall of Fame.