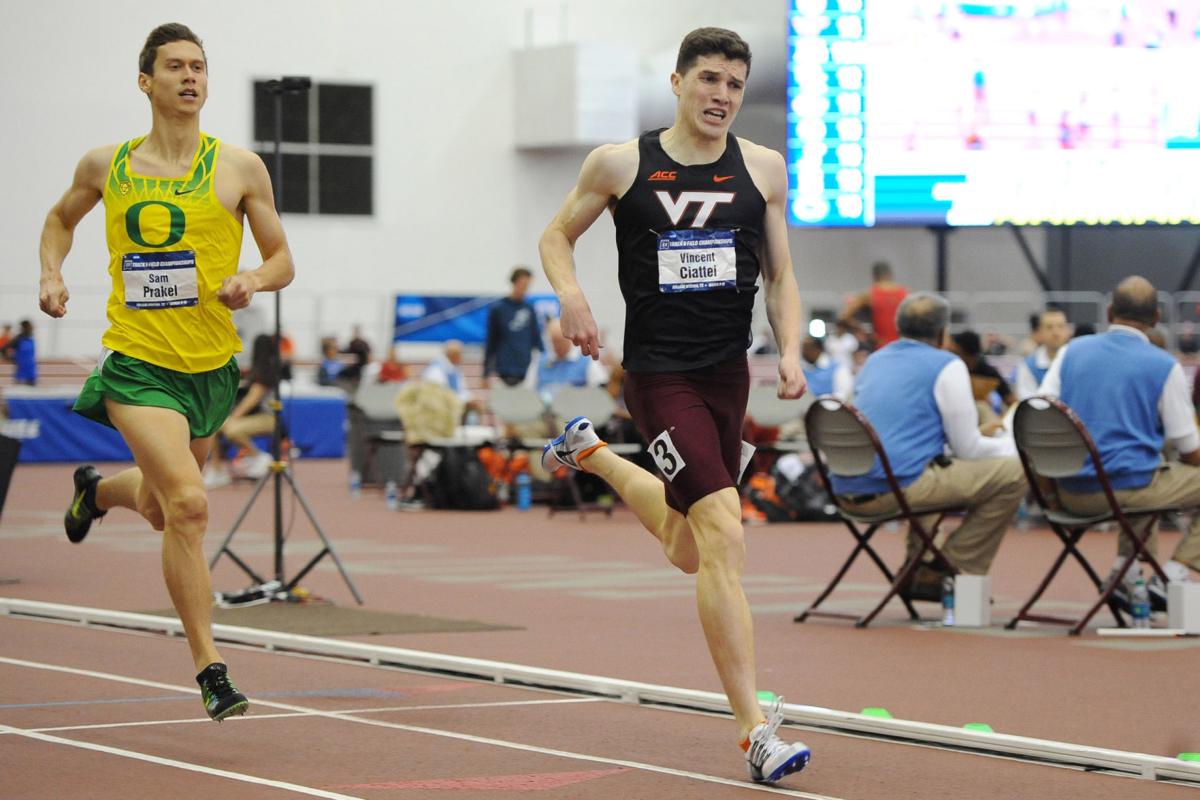 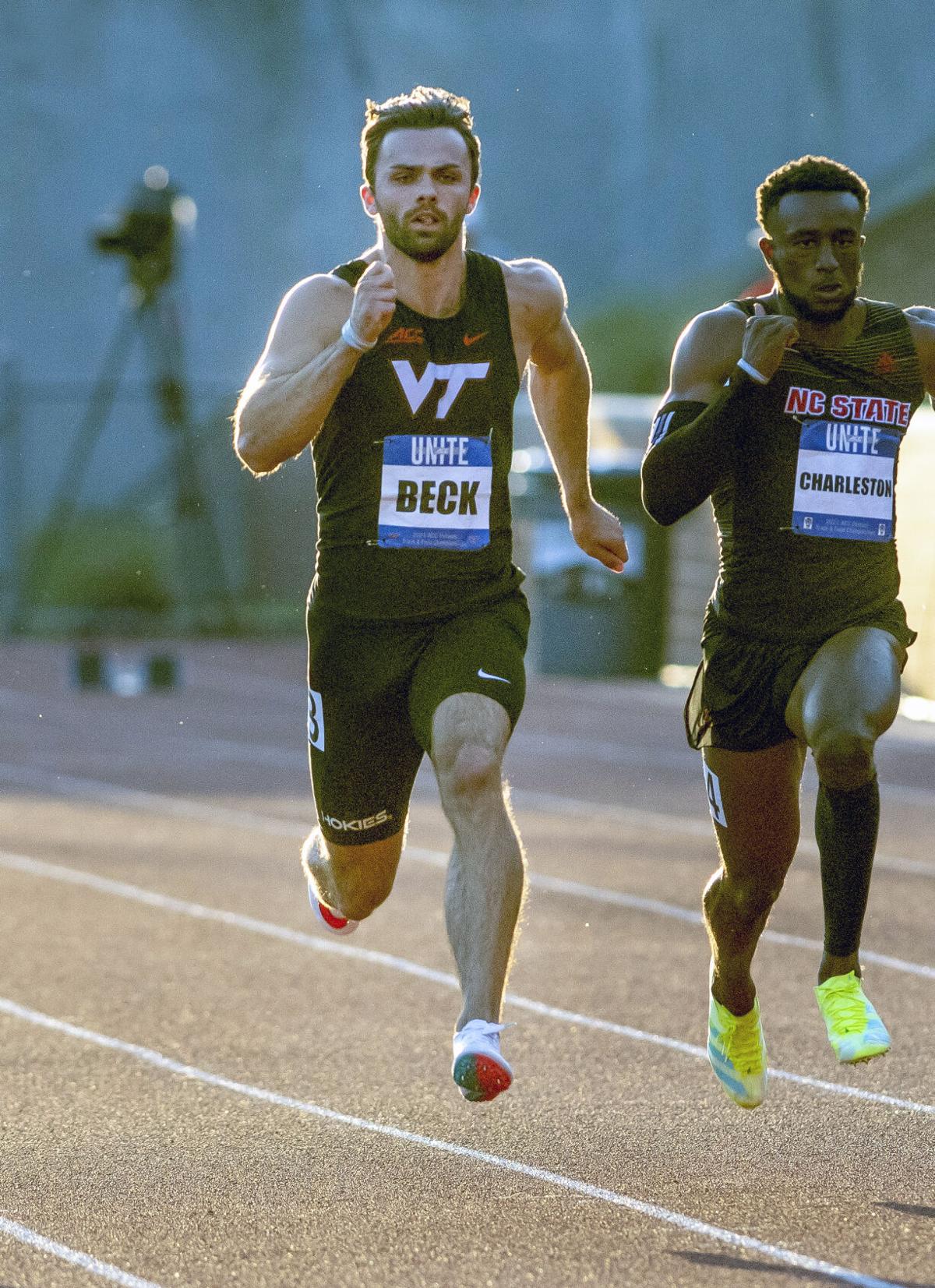 Blacksburg High School graduate Cole Beck (left) of Virginia Tech will compete in the 100 meters at the U.S. Olympic trials. 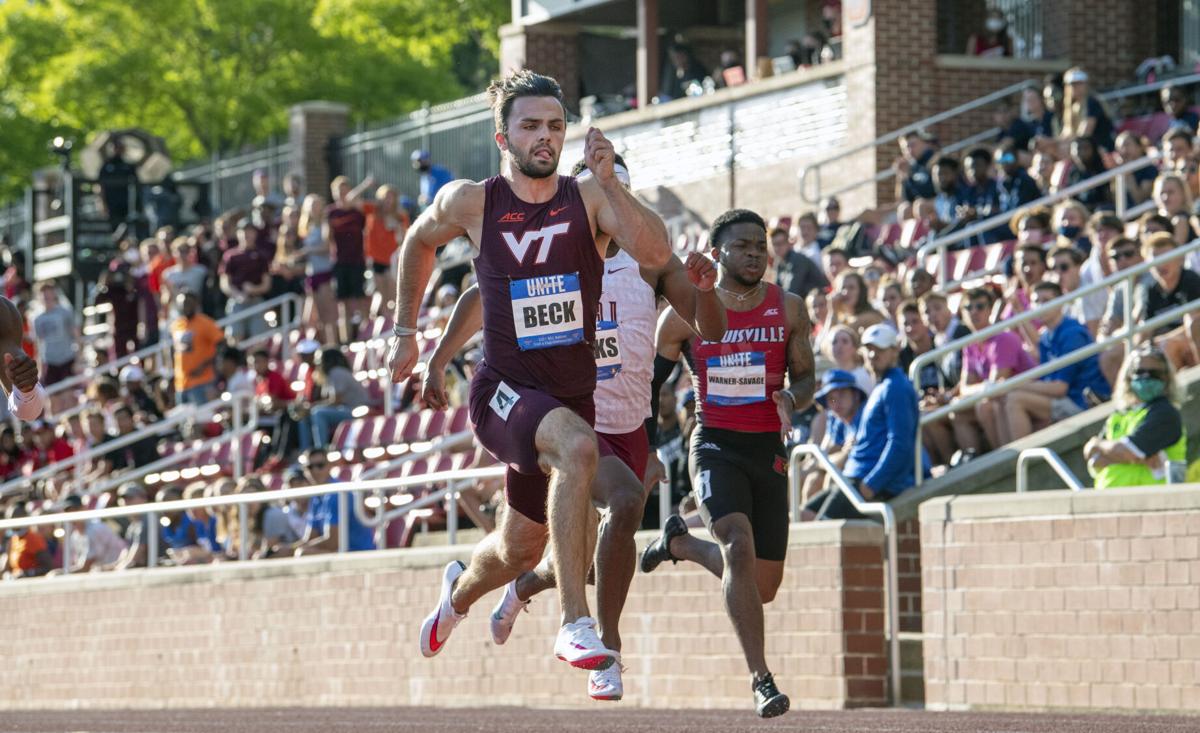 Blacksburg High School graduate Cole Beck of Virginia Tech will race in the 100 meters at the U.S. Olympic trials.

Hanna Green had low expectations when she competed in the 2016 U.S. Olympic track and field trials.

Back then, she was a Virginia Tech senior with only the 18th-best qualifying time in the field for the 800 meters.

She did not advance out of the first round.

Green is back for another crack at the Olympic trials, which will be held Friday through June 27 in Eugene, Oregon.

And this time, it would not be a shock if she earned a berth in the Tokyo Olympics.

Green boasts the fourth-best time (1:58.19) out of the 46 women who have qualified for the trials in the 800. The top three finishers in the final will move on to Tokyo.

"Last time in the trials I was coming in with an injury, and it was kind of more just to come for the experience," Green, 26, said Thursday from Eugene. "This time I'm definitely out for a place on the team.

"I think I have a good shot at making it."

Green, Vincent Ciattei and 2008 Olympian Queen Harrison-Claye are among seven former Hokies who will be competing in the trials.

"That meet has sort of been my motivation in good times and in bad," said Ciattei, who will run in the 1,500 meters. "I'm very nervous, but I'm conscious of trying to cherish it because it's going to be a really special time. I'm very excited."

Green concluded her Tech career in 2017 as a five-time first-team All-American. She had three runner-up finishes in the 800 at the NCAAs.

She now runs professionally for the Nike Oregon Track Club Elite, drawing a paycheck from Nike.

"It's been amazing, just being able to concentrate on doing this," she said. "You have time to be the best you can be without having to worry about anything else.

"I've been able to travel all over the world and compete against some of the best in the world."

She has lived and trained in Eugene since the fall of 2017, so she will not be staying in a hotel during the trials.

"I get to stay in my own bed, in my own house," she said. "I'll still be able to cook my own food. … That'll be an advantage for me, just being able to feel comfortable."

Green's trials qualifying mark of 1:58.19 came when she finished second at the 2019 U.S. outdoor championships. She won the 800 at the Diamond League meet in Paris later that summer.

But the 2020 trials (and the Tokyo Olympics) were postponed because of the coronavirus pandemic.

"It was definitely a bit of a disappointment last year when everything got pushed back, but now that it's finally happening and with all the buzz around town, it's gotten really exciting," Green said.

"[The delay] gives you time to prepare even better."

"I'm rounding into form at the right time," he said. "I certainly think I'm going to make it [to Toyko]."

Like Green, Ciattei runs professionally for the Nike Oregon Track Club Elite. He has lived in Eugene since his Tech career concluded in 2018.

He is not the only familiar name in the 1,500 field at the trials. Former Virginia standout Henry Wynne has the third-best qualifying time (3:34.08).

Harrison-Claye will compete in the women's 100 hurdles. She has the seventh-best qualifying time (12.63 seconds).

The three-time NCAA champ was known as Queen Harrison when she competed in the 400 hurdles at the 2008 Beijing Olympics, when she was a rising junior at Tech.

She finished fourth in the 100 hurdles at the 2016 trials, just missing out on another Olympic berth.

Ex-Hokie Kristi Castlin, who won bronze in the 100 hurdles at the 2016 Olympics, will also be in the trials.

The other former Hokies in the trials are Drew Piazza (men's 800), Deakin Volz (pole vault) and Jordan Roach (men's discus).

Beck will compete in the men's 100 meters. Beck, who won the 100 at the ACC outdoor championships as a Tech junior this year, is tied for 27th out of 32 runners with his trials qualifying time of 10.11 seconds.

Tech's Essence Henderson will compete in both the shot put and discus. The other current Hokies at the trials are Fitsum Seyoum (3,000-meter steeplechase), Chauncey Chambers (triple jump) and Rachel Baxter (pole vault).

Two Tech volunteer assistant coaches will also be in the trials — ex-UVa standout Bridget Guy, who has the fifth-best qualifying height in the pole vault (4.71 meters), and Willy Fink in the 5,000.

UVa's Michaela Meyer, who recently won the 800 at the NCAA outdoor championships, will also compete in the trials.

UVa's Derek Johnson will compete in the 3,000-meter steeplechase, while UVa's Jada Seaman will be in the long jump. Ex-Cavalier Jordan Lavender will be in the women's 400 meters.

Staunton River graduate Markus Ballengee of Arkansas, who recently took third in the decathlon at the NCAA championships, will also be in the trials. He has the 12th-best points total (7,895) in the field.

When: Friday through June 27

If you can name all 19 of Virginia Tech’s football commitments for the class of 2022, you are a deacon in the church of recruiting.

Blacksburg High School graduate Cole Beck (left) of Virginia Tech will compete in the 100 meters at the U.S. Olympic trials.

Blacksburg High School graduate Cole Beck of Virginia Tech will race in the 100 meters at the U.S. Olympic trials.