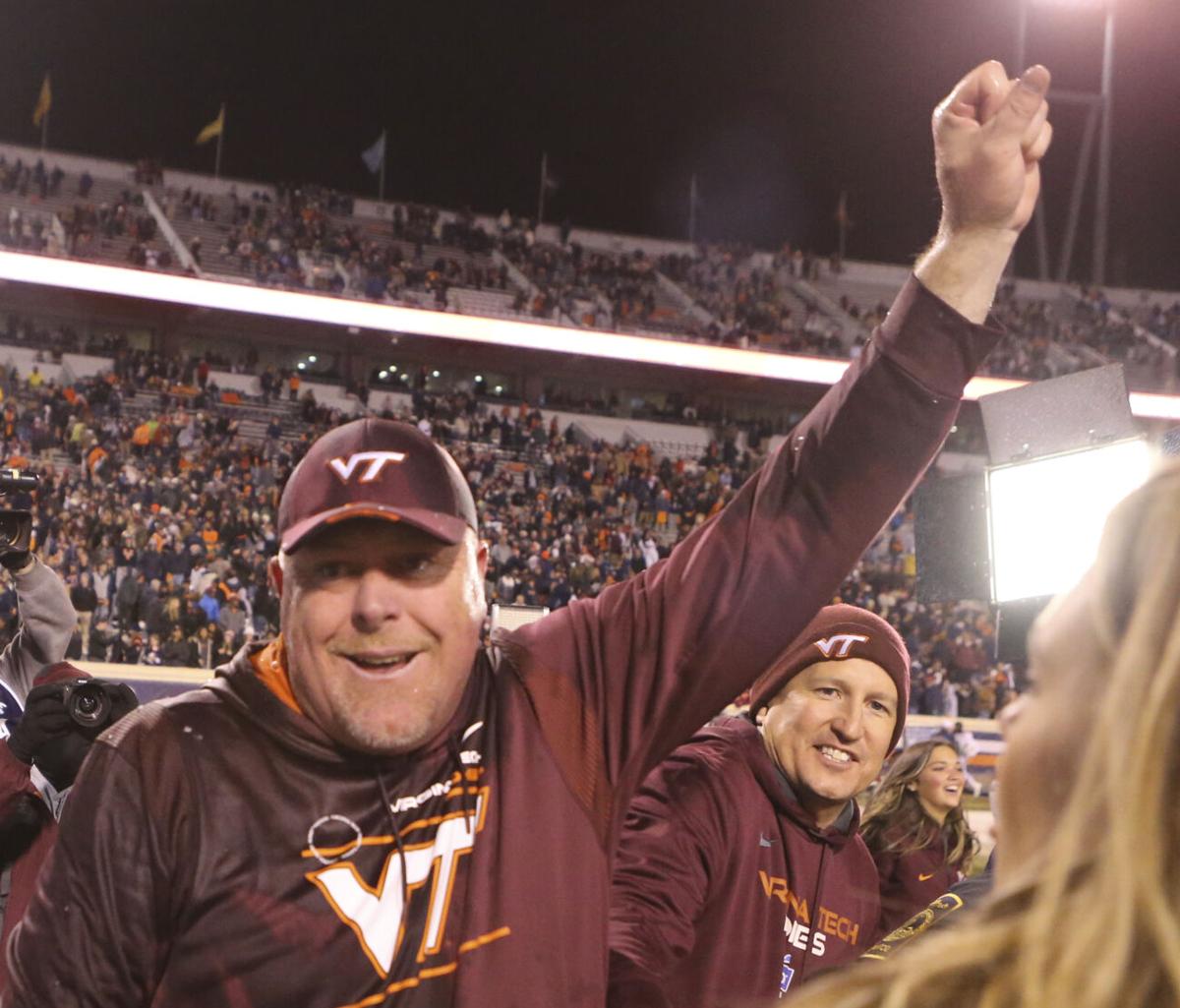 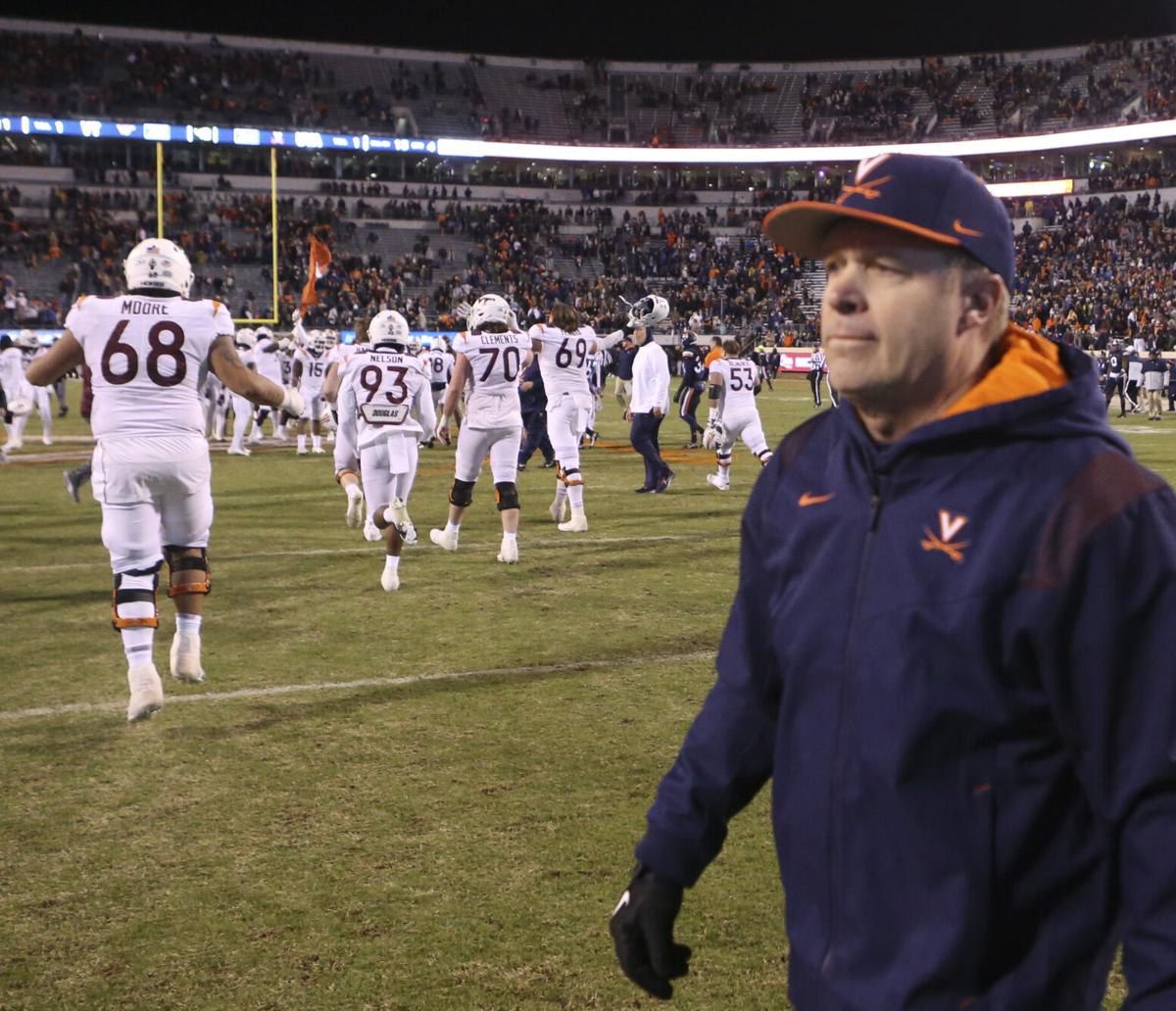 Virginia Tech players celebrate on the field at Scott Stadium behind Virginia head coach Bronco Mendenhall (right) at the conclusion of the Commonwealth Cup on Saturday. Virginia Tech won 29-24.

Tech fans stormed the field from the hill at Scott Stadium on Saturday after Braxton Burmeister took a knee to close out a 29-24 win in this year’s Commonwealth Cup. The fans made their presence known before that when they started a, “Let’s go Hokies!” chant with less than eight minutes to go that energized the team’s entire sideline.

It was the second time in as many days an opposing team’s fan base stormed the field at their rival’s stadiums. The same thing happened on Friday night when Washington State beat Washington for the Apple Cup.

“I’m not going to make a comment on that,” Virginia coach Bronco Mendenhall said, when asked about Tech’s celebration.

The festivities started with students surrounding center Brock Hoffman at midfield where he had commandeered a VT flag and was waving it to get everyone’s attention. Virginia fans were still scurrying for the exits when he plunged the flag into the UVa logo.

It didn’t take long for clouds of cigar smoke to form with Hoffman again at the center of things while he happily posed for selfies with fans. There were a dozen more cigars handed out eventually and the recipients included interim coach J.C. Price.

Price experienced a bit of deja vu when he was handed a cigar while enjoying a moment with his wife and daughters.

Price later posted a picture on social media of him smoking a cigar at Scott Stadium in 1995 after Tech pulled off a 36-29 comeback victory. The Hokies trailed for much of the day on Saturday before taking their first lead on John Parker Romo’s 32-yard field goal with 9:31 left in the game.

Tech’s celebration also featured some rivalry game staples like a team photo with the trophy and a raucous postgame locker room. Fans on social media were able to catch glimpses from the Hokies’ locker room thanks to a handful of players livestreaming the moment on Instagram as they did last year.

The celebration for Tech players continued Saturday night with the veterans on the team allowed to keep possession of the cup overnight before it went back into the trophy case at the Jamerson Athletic Center.

“You always remember this one regardless of how your season goes,” Virginia Tech wide receiver Tayvion Robinson said.

BLACKSBURG — The long wait is over.

Virginia Tech players celebrate on the field at Scott Stadium behind Virginia head coach Bronco Mendenhall (right) at the conclusion of the Commonwealth Cup on Saturday. Virginia Tech won 29-24.