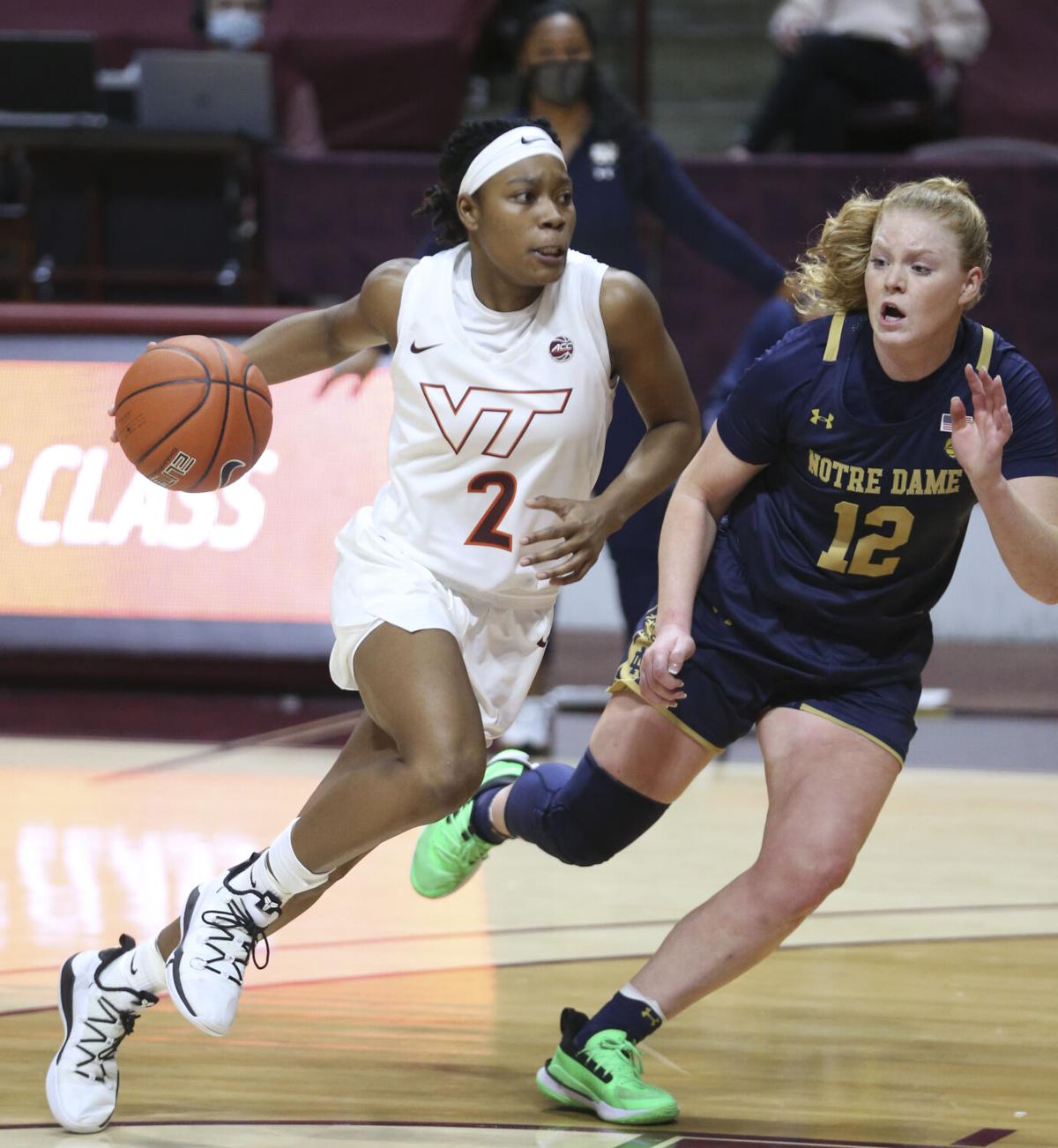 Virginia Tech's Aisha Sheppard (left) will be returning to the Hokies for her extra year of eligibility. 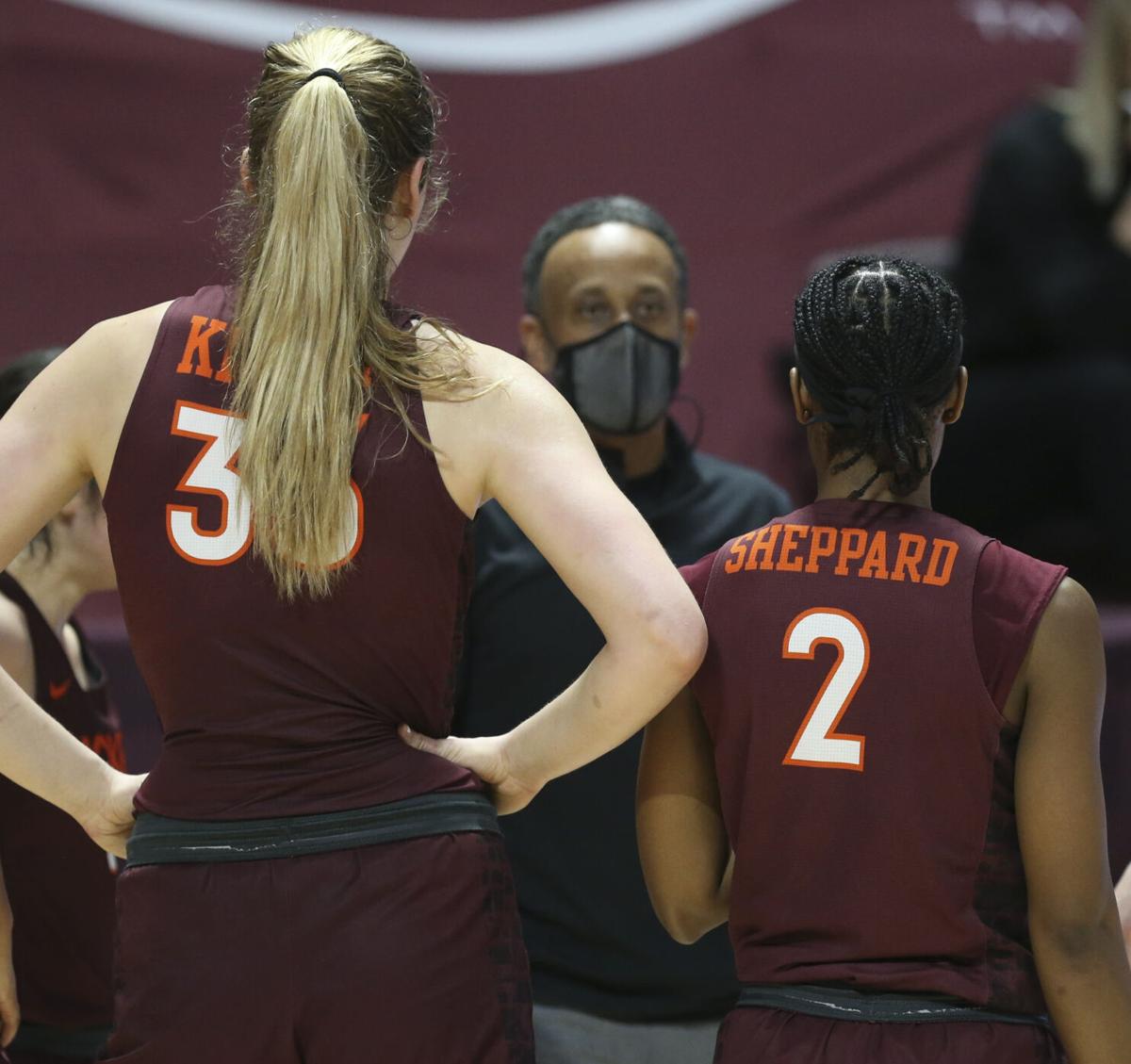 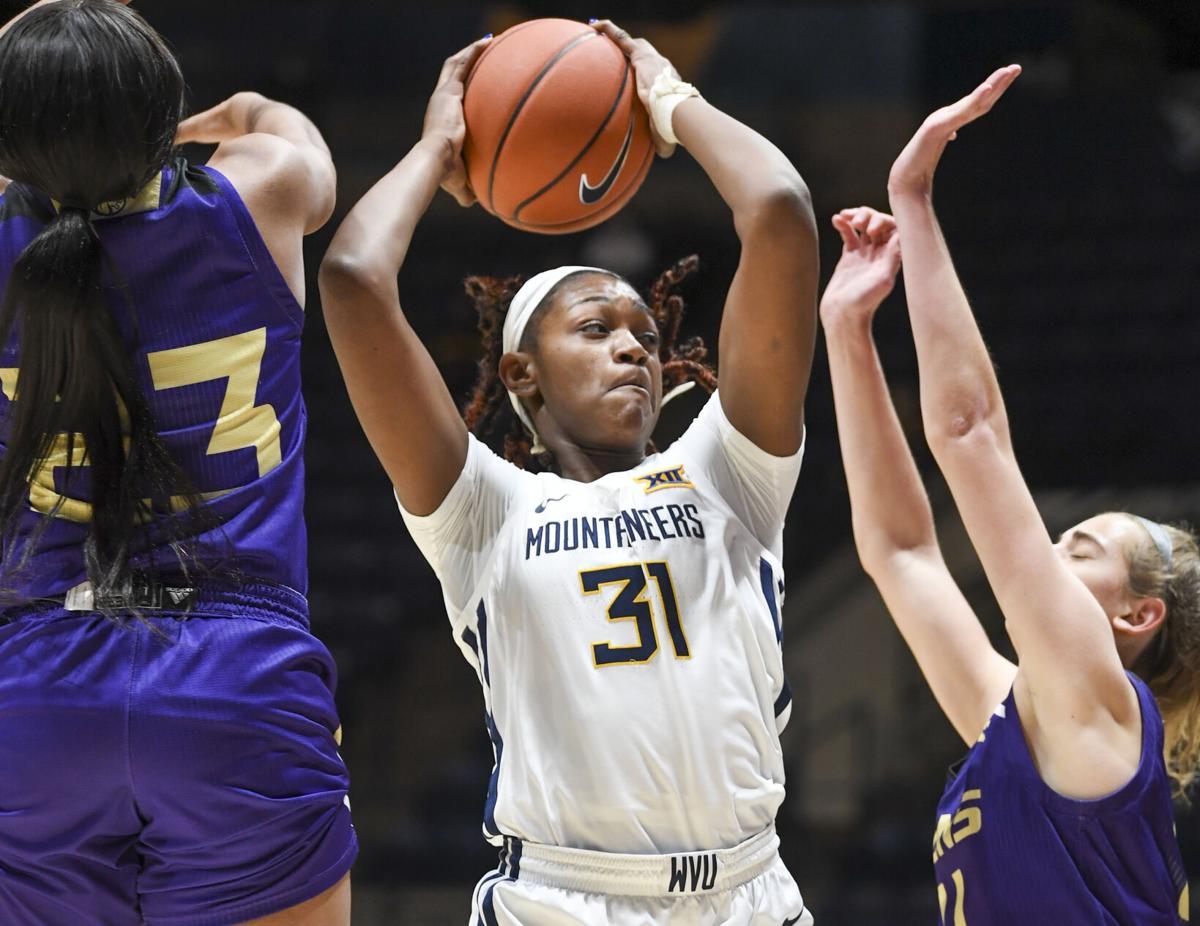 Last month, the Virginia Tech women’s basketball team played in the NCAA tournament for the first time in 15 years.

With all five starters set to return, the Hokies could be even better next season.

“I’m extremely excited, probably more so than I’ve been in my coaching career,” Tech coach Kenny Brooks said in a phone interview last week. “Next year’s team has the possibility of duplicating, exceeding what we did this year but also making a good [NCAA tournament] run.

“We can go further [in the NCAAs] than we did last year.”

The Hokies were ranked No. 23 last week in Charlie Creme’s “Way-Too-Early Top 25” on ESPN.com.

“They will cherish the opportunity to be the hunted,” Brooks said. “They’ll work harder because they’ll know people are coming after them and they’re not going to sneak up on anyone.

“They watched the Sweet 16 and the Elite Eight and the Final Four, and I think it made them hungrier.”

Tech went 15-10 overall and 8-8 in ACC play. The Hokies beat Marquette in the first round of the NCAAs before losing to Baylor 90-48 in the second round.

“We were playing Baylor and [Baylor coach] Kim Mulkey comes over to me and says, ‘You guys are just babies, but you’re talented,’” Brooks said. “After they kicked our butt, she was like, ‘Keep smiling because we’re older. You’re younger, and your kids are going to get better.’

“That’s what makes me so excited. … The kids are [going to be] a year older. … That’s going to propel us to have a really good year.”

Tech was just 7-7 overall and 2-7 in the ACC after a Jan. 24 loss at North Carolina State. But the Hokies won eight of their final 11 games.

“We always knew we were talented last year. We just had to grow up,” Brooks said. “Going into next year, what I’m most excited about, other than being extremely talented, is that they’re experienced and they know their roles.”

Kitley ranked second in the ACC in scoring (18.2 ppg) and third in rebounding (10.4 rpg) as a sophomore.

The Hokies went on a late-season run despite a lack of depth. Four players left the team during the season, while Taylor Geiman suffered a torn ACL.

Depth should not be an issue next season because Brooks is bringing in reinforcements.

Tech has signed two transfers and hopes to find one more.

Point guard Kayana Traylor, who made the All-Big Ten second team, tweeted Friday that she is transferring to Tech. She led the Boilermakers in scoring (15.0 ppg), assists (3.9 apg) and minutes (34.8 mpg) as a junior.

Brooks is committed to Amoore as his point guard, though.

“Georgia … is going to be the one that’s going to be running the show,” Brooks said. “We’re very transparent when we talk to recruits. We say, ‘We have a point guard. We just need someone that … maybe can spell her for a little bit or play with her.’”

Rochelle Norris, a 6-foot-5 center/power forward, said in February she will be transferring from West Virginia to Tech. She averaged 3.2 points, 3.5 rebounds and 13.6 minutes in 13 games as a third-year sophomore before entering the transfer portal in January.

“She’s a big-body post player that’s going to provide some muscle down low for us,” Brooks said. “Elizabeth needs some help down there. It’ll allow us to play them together. … Liz is mobile enough where she can play a little bit on the perimeter.”

Brianna Turnage of Westlake High School in Georgia is rated the No. 61 high school senior in the nation by ESPN. Turnage, who helped Westlake win the Georgia 6A state title last month, is also rated the No. 24 senior guard in the country by ESPN. She verbally committed to Tech last spring.

The other recruit is point guard Destiney McPhaul, who was named the MaxPreps Pennsylvania player of the year. McPhaul, who verbally committed to Tech in September, helped West Catholic Preparatory High School win the Pennsylvania Class 3A state title.

Not all of this year’s players will be back.

Power forward Asiah Jones announced on social media Sunday that she will be transferring to Sun Belt member Jacksonville to use her extra year. She started the first 12 games of the season but last played for Tech on Jan. 17. She did not play the rest of the season for personal reasons.

Brooks said last week that he did not yet know if backup point guard Da’Ja Green will be returning to Tech for her extra year.

Brooks said his daughter Chloe, who played in only seven games as a third-year sophomore this year, is not going to play for the Hokies again because of the physical pain caused by ongoing nerve damage in her foot.

“It was just amazing to me that she was able to get through this year as much as she did,” Kenny Brooks said.

Freshmen Shelby Calhoun and Nevaeh Dean are transferring to Xavier and Cincinnati, respectively. They left the Hokies during the season.

Who won't be back: Asiah Jones, Chloe Brooks

Simone Biles reveals if she will return to the Olympics

What is the New York Giants ceiling this season?

What is the New York Giants ceiling this season?

Are the Eagles and Texans close on a deal for Deshaun Watson?

Are the Eagles and Texans close on a deal for Deshaun Watson?

Plus track and field and NIL news.

Virginia Tech's Aisha Sheppard (left) will be returning to the Hokies for her extra year of eligibility.