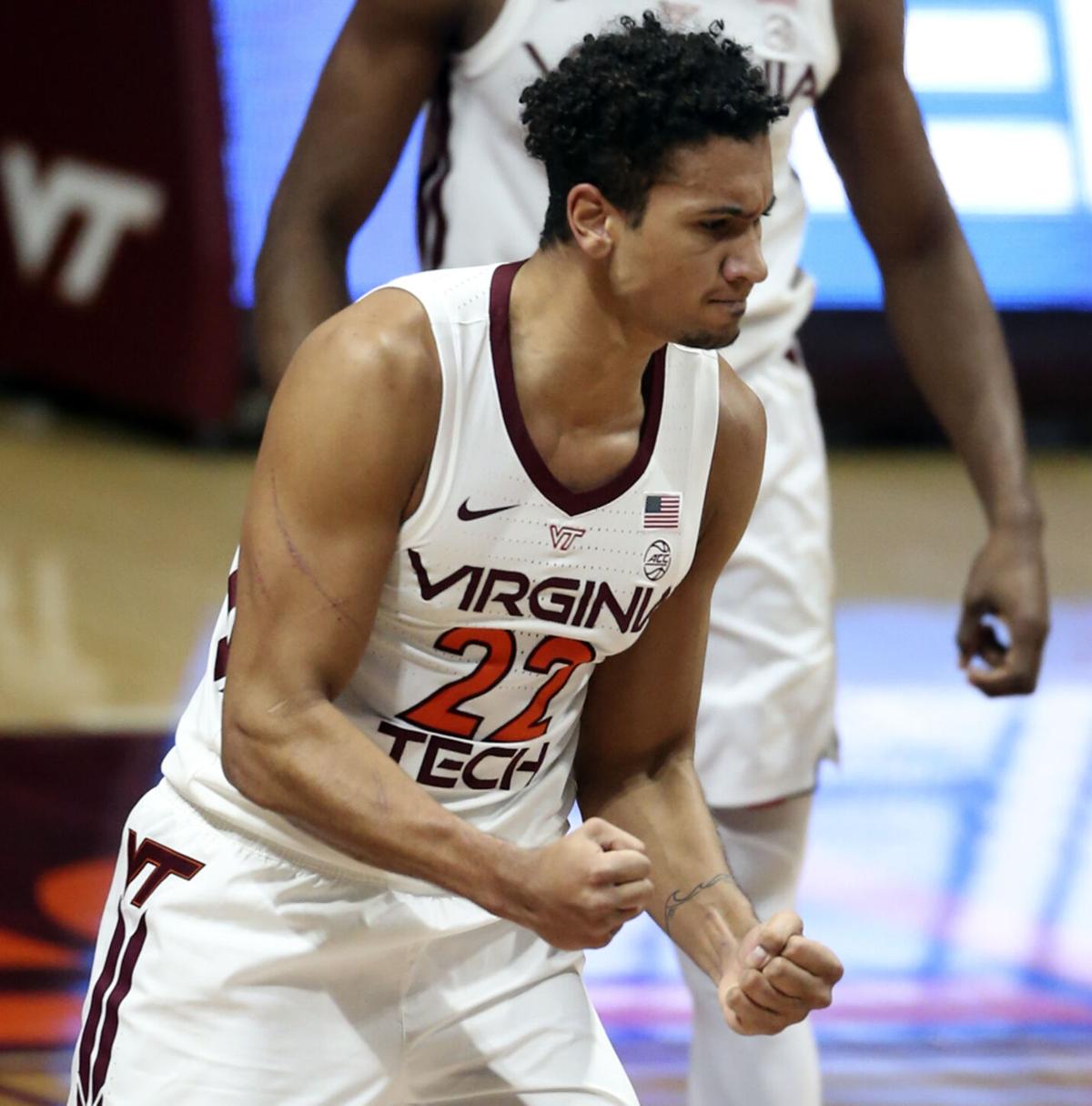 Virginia Tech’s Keve Aluma, who entered the NBA Draft in April, is returning to the Hokies. He helped Tech make the NCAA Tournament last season. 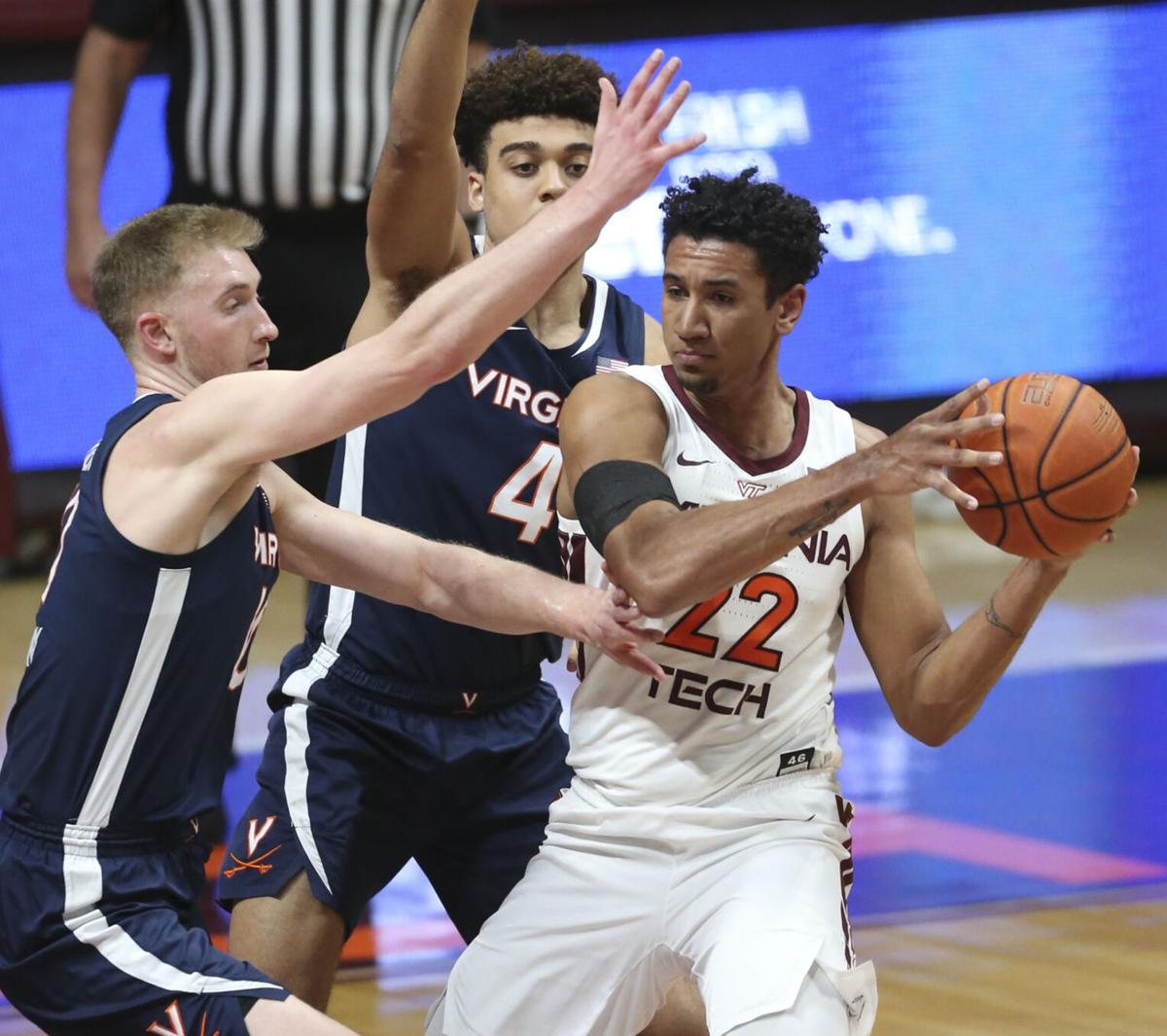 Virginia Tech's Keve Aluma (right), who made the All-ACC second team as a fourth-year junior last season, has withdrawn from the NBA Draft. 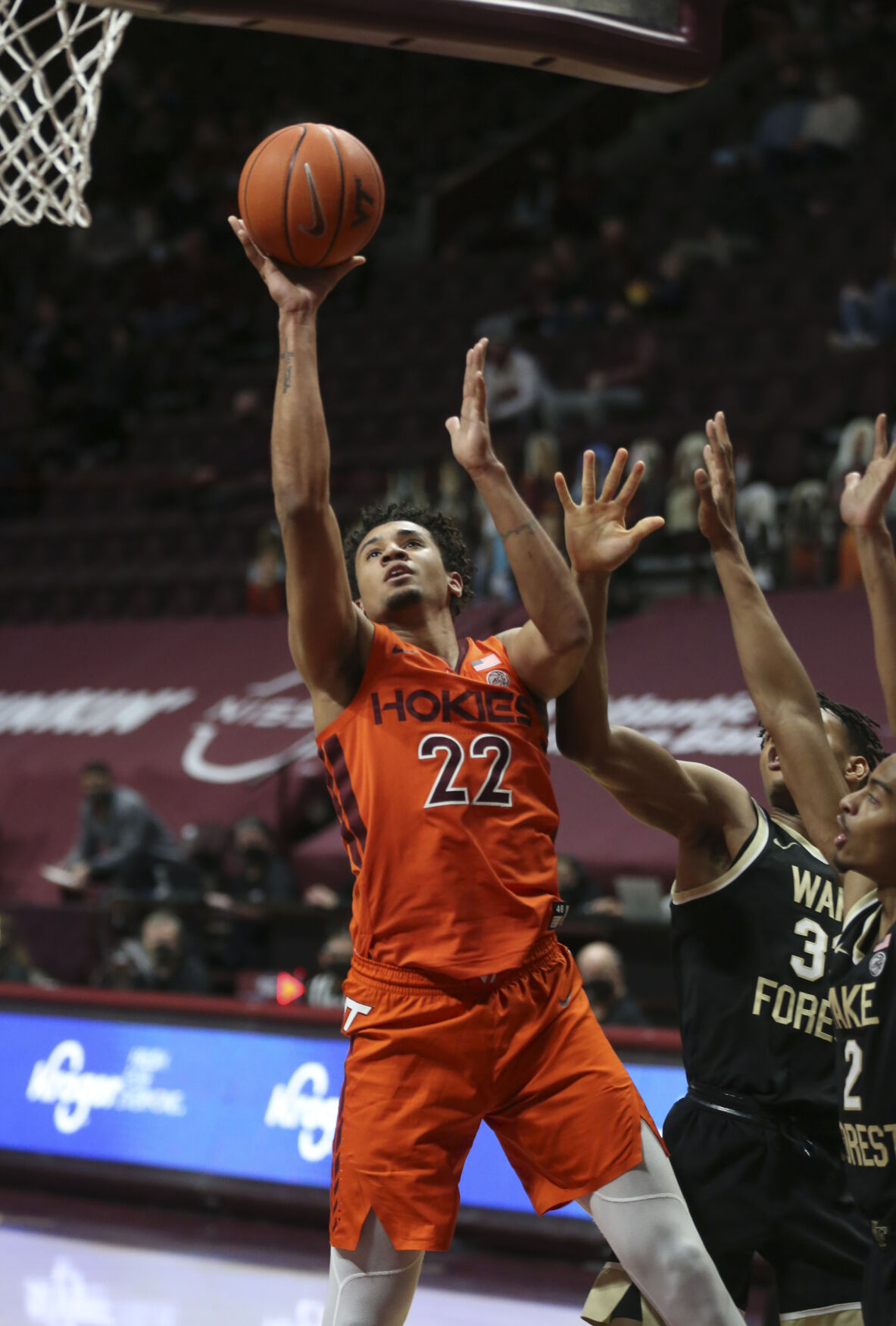 Virginia Tech’s Keve Aluma averaged 15.2 points and 7.9 rebounds last season. He entered the NBA Draft in April but was not invited to the NBA combine.

Keve Aluma, who entered the NBA Draft in April, is returning to the Virginia Tech men's basketball team.

Aluma, who made the All-ACC second team as a fourth-year junior, said Thursday in a phone interview that withdrawing from the draft and rejoining the Hokies was a "pretty simple" decision.

"It's not like I was all over the draft boards," he said.

"It was a win-win situation. Everyone's dream is obviously to go pro, but I'm in a great situation here and I think we're going to be pretty good, … better than last year."

Aluma had retained his college eligibility when he entered the draft, so he had left the door open to returning to the Hokies.

He announced his decision to return in a "Let's run it back" tweet Thursday.

Aluma was one of 40 draft hopefuls who were invited to show their talents in front of NBA scouts, coaches and executives at the NBA G League Elite Camp, which was held Saturday through Monday in Chicago.

But only three prospects did well enough at that camp to be invited to join the upper-tier draft prospects at the NBA Draft Combine, which began Monday in Chicago and will conclude Sunday.

Former Radford and Louisville standout Carlik Jones was one of the three players who moved on from the camp to the combine, but Aluma was not.

"I wasn't invited to the real one, so [returning to Tech] was a pretty simple next step," Aluma said in the interview. "I didn't play necessarily well [at the G League camp], so I wasn't expecting to get invited [to the NBA combine]. … We only played two games."

Players who enter the draft are allowed to retain their college eligibility as long as they sign with an NCAA-certified agent — which Aluma did after being invited to the G League camp — and request an evaluation from the NBA's undergraduate advisory panel.

Aluma said the committee projected he would go undrafted in the two-round July 29 draft.

"That was the vibe I was getting, was late second or undrafted," he said.

His decision to return is great news for the Hokies, who will now bring back the leading scorer and rebounder on last year's NCAA Tournament team.

The 6-foot-9 Aluma averaged 15.2 points and 7.9 rebounds last season, helping the Hokies go 15-7 overall and 9-4 in league play. It was his first season playing for the Hokies; he had sat out the 2019-20 season after transferring from Wofford.

Aluma plans to graduate from Tech this summer and either play as a Tech graduate student next season or pursue another bachelor's degree.

Under NCAA rules, players have until 10 days after the NBA combine ends to withdraw from the draft and return to college basketball. So Aluma withdrew well before the deadline of 11:59 p.m. July 7.

What does Aluma want to improve upon so he can develop into a sure-fire draft prospect next year?

"Getting my body in better shape, because once I do that then I'll be able to play harder for longer," he said. "Getting better at defense and being overall more consistent.

"I'm still maybe not in the best shape."

Mike Young was "mystified" by his team's rebounding woes.

Virginia Tech 'not good enough' down the stretch at North Carolina

"This is obviously hard. Hard for my team," Tech coach Mike Young said.

After fending off Pitt, Virginia Tech women 'super excited' for No. 4 N.C. State

The second-place Hokies will visit the first-place Wolfpack on Sunday.

New Virginia Tech head football coach Brent Pry grew up in a football family, and has learned some lessons from his father, a retired college and high school coach.

Opinion: Sean Payton's last season with the Saints was a success

24 years later, Jamaica's four-man bobsleigh team is back at the Winter Olympics

24 years later, Jamaica's four-man bobsleigh team is back at the Winter Olympics

Virginia Tech’s Keve Aluma, who entered the NBA Draft in April, is returning to the Hokies. He helped Tech make the NCAA Tournament last season.

Virginia Tech's Keve Aluma (right), who made the All-ACC second team as a fourth-year junior last season, has withdrawn from the NBA Draft.

Virginia Tech’s Keve Aluma averaged 15.2 points and 7.9 rebounds last season. He entered the NBA Draft in April but was not invited to the NBA combine.