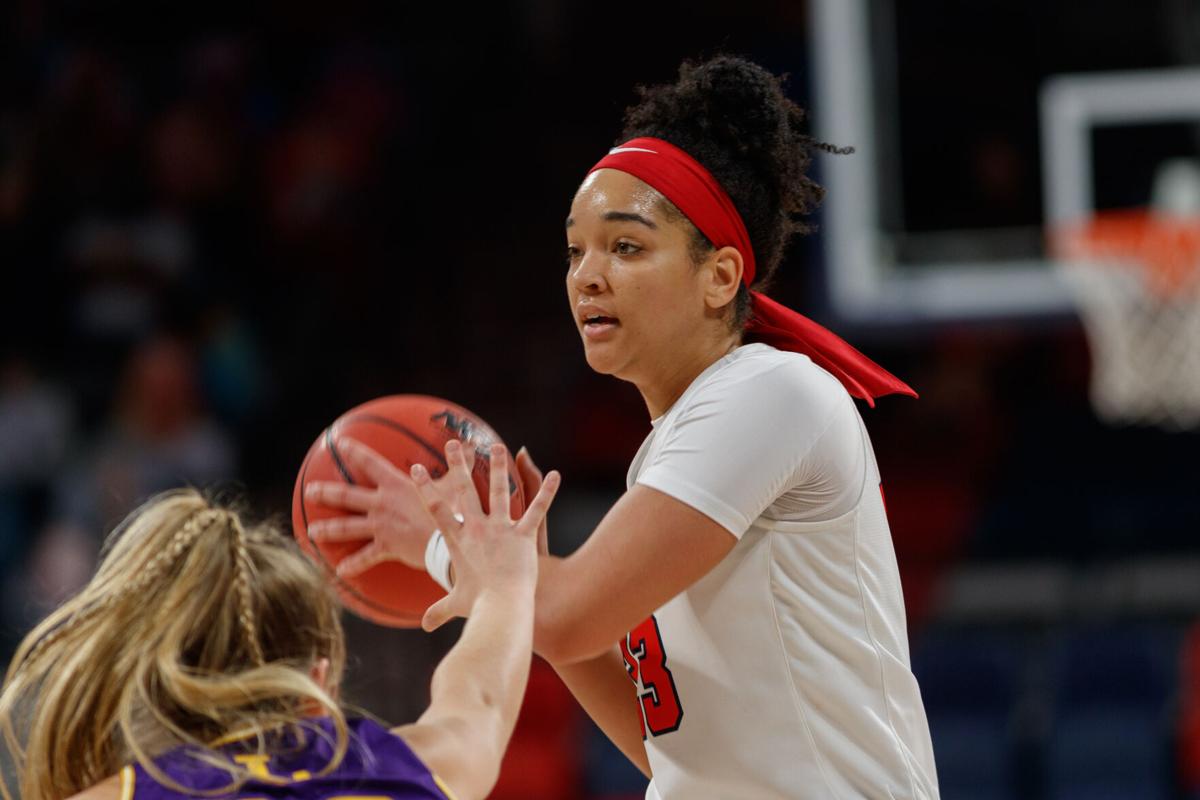 All-Atlantic Sun first-team pick Emily Lytle is transferring from Liberty to Virginia Tech for her final year of eligibility. She averaged a team-best 14.7 points per game this year. 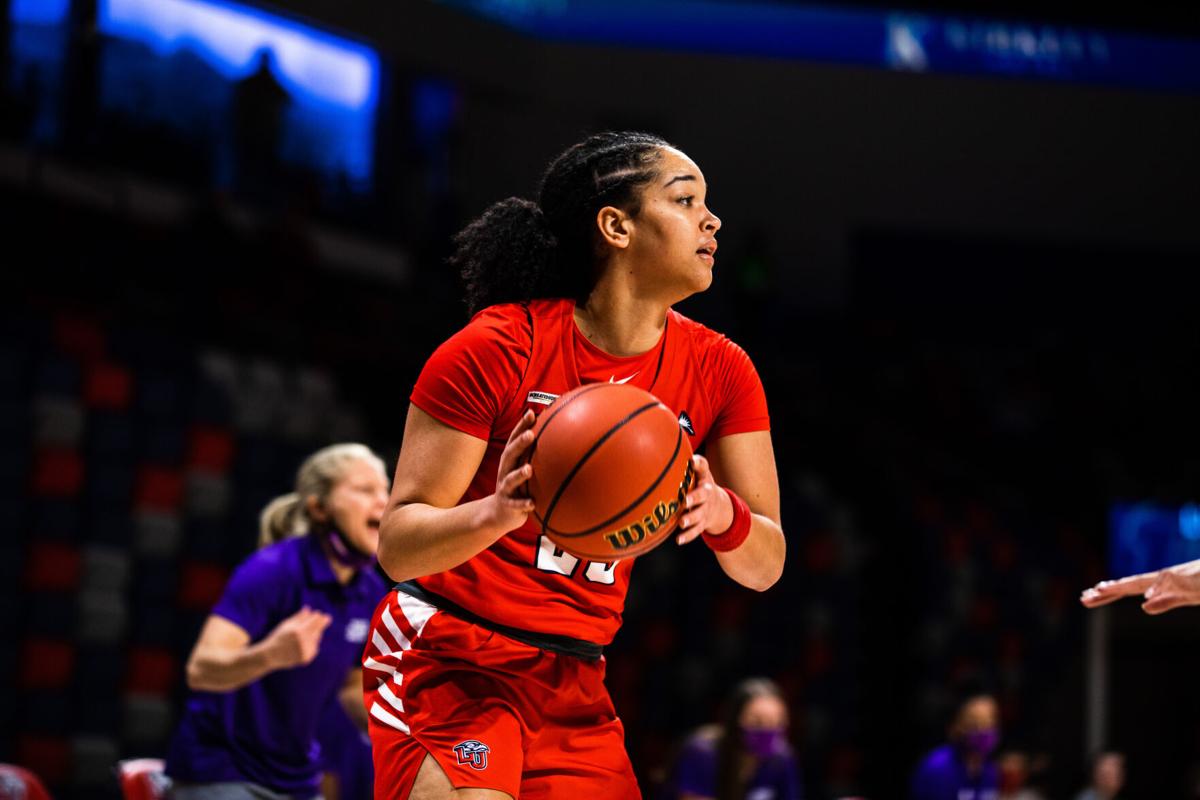 Emily Lytle averaged 14.7 points and made 54 3-pointers for Liberty this year. She will be transferring to Virginia Tech for her extra year of eligibility.

This was the third straight year that Emily Lytle led Liberty in 3-pointers. She is transferring to Virginia Tech. 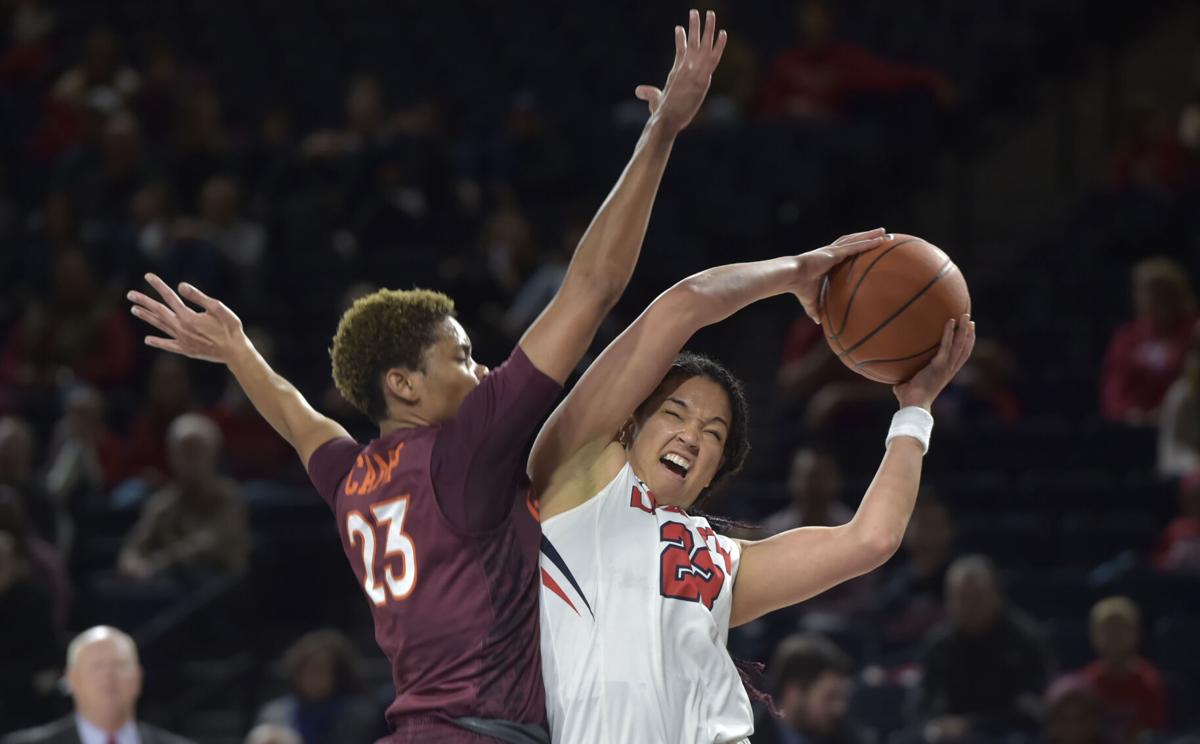 Emily Lytle (right), shown being guarded by Rachel Camp in a November 2018 game against Virginia Tech, has scored double figures against the Hokies in three games in her Liberty career. 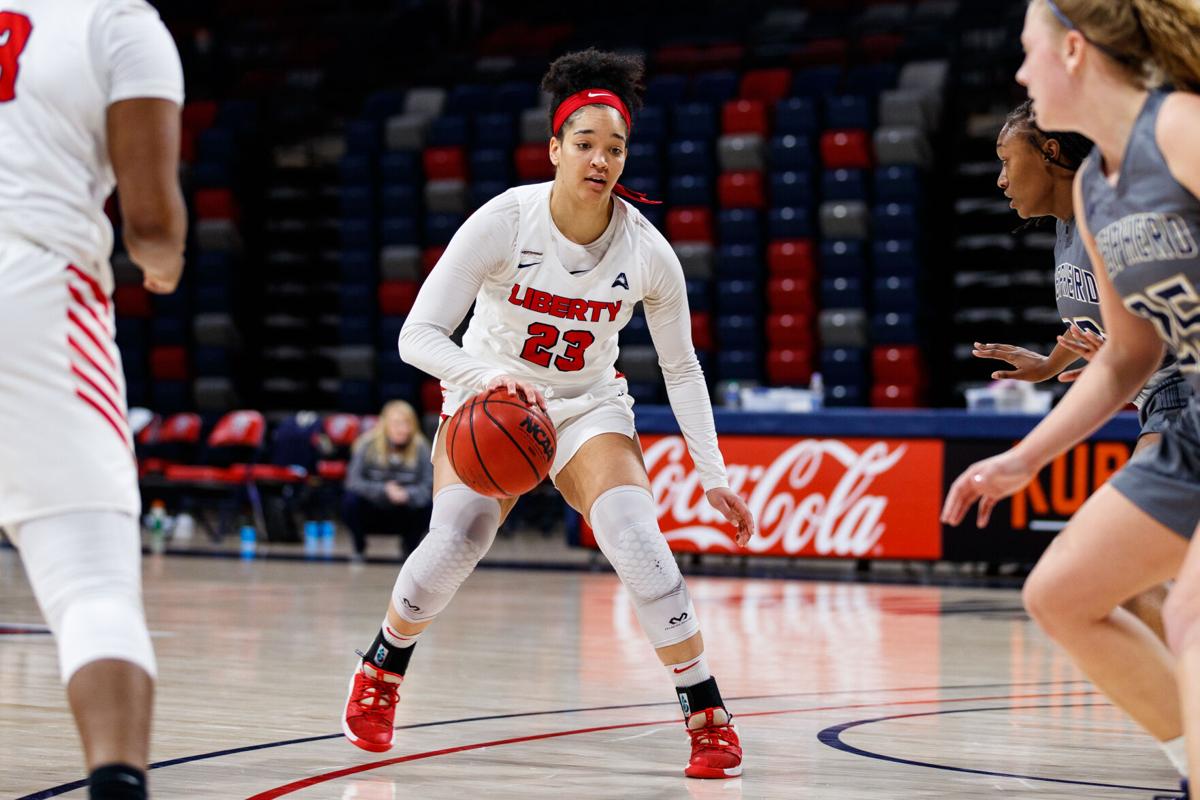 Another all-conference women's basketball player is transferring to Virginia Tech.

Virginia Tech announced Friday that guard/forward Emily Lytle, who averaged a team-high 14.7 points for Liberty University as a fifth-year senior this year, is transferring to Tech to use her extra year of eligibility. She made the All-Atlantic Sun Conference first team this year.

"She brings a wealth of experience," Hokies coach Kenny Brooks said in a phone interview Friday. "I kind of compare it to the impact that Lydia Rivers had on our program [after transferring from Radford], only in a different way. Lydia was more defensive-minded. Emily … will give us more of an offensive punch.

"She's going to be a very prominent player in our system. I told her, 'I wouldn't recruit you if I didn't think you could come in and make a major impact.’"

"With our style, you can never have enough shooters. She's a tremendous shooter," Brooks said.

The Hokies (15-10, 8-8), who reached the second round of the NCAA tournament last month, will be returning All-ACC guard Aisha Sheppard and All-ACC center Elizabeth Kitley. Tech will also be bringing back point guard Georgia Amoore, who made the ACC all-freshman team.

"It's a well-decorated team," Brooks said. "A lot of times you add kids like [Lytle and Traylor] to replace kids who left, but we're adding kids like that to an already established basketball team."

"I've always been a fan of hers," Brooks said.

Next season will be Lytle's sixth college season. The NCAA has granted all of this school year's Division I winter-sports athletes an extra year of eligibility.

Lytle played for Arkansas-Little Rock as a freshman in the 2016-17 season, then sat out the following season after transferring to Liberty.

Lytle averaged 11.6 points for Liberty in the 2019-20 season, when she again led the team in 3-pointers (53). She made the Atlantic Sun all-tournament team for the second straight year.

The Hokies will also get a boost from Traylor, who averaged a team-high 15.0 points for Purdue as a junior this year.

"We wanted to make sure we got Georgia some help," Brooks said. "We wore Georgia down a little bit by having her be the primary ball-handler all the time. Georgia's very versatile, so we'll be able to kind of put [Amoore] off the ball, too.

"The only thing [Traylor] wanted was an opportunity to be able to make a significant contribution, whether that was starting or coming off the bench. She just wanted to get with a program that was going to win.

What does the arrival of Lytle and Traylor mean for King and Baines?

"They may drop off in minutes, but I don't think they'll drop off in production because … they'll be fresher," Brooks said.

Asiah Jones, who began the season as the starting power forward but opted not to play in the final 13 games of the season, is transferring to Jacksonville for her extra year of eligibility.

Brooks said backup point guard Da'Ja Green will not be returning to Tech for her extra year, either. Green, who averaged 2.2 points and 13.3 minutes this year after transferring from Wofford, has entered the transfer portal.

"Gave her the opportunity to come back," Brooks said. "[But] she wanted to play more."

"She … really wants to be able to contribute more and felt like it wasn't going to be here," Brooks said.

In addition to Lytle and Traylor, Tech's spring recruiting class also includes center Rochelle Norris, who is transferring from West Virginia; guard Brianna Turnage of Westlake High School in Georgia; and point guard Destiney McPhaul of West Catholic Preparatory High School in Pennsylvania. Brooks does not plan to sign anyone else this spring.

Brooks does not plan to have a traditional power forward next season. Kitley or Norris could often be surrounded by four perimeter players.

"Other than Liz and now with Rochelle, … pretty much everyone's going to be interchangeable," Brooks said.

All-Atlantic Sun first-team pick Emily Lytle is transferring from Liberty to Virginia Tech for her final year of eligibility. She averaged a team-best 14.7 points per game this year.

Emily Lytle averaged 14.7 points and made 54 3-pointers for Liberty this year. She will be transferring to Virginia Tech for her extra year of eligibility.

This was the third straight year that Emily Lytle led Liberty in 3-pointers. She is transferring to Virginia Tech.

Emily Lytle (right), shown being guarded by Rachel Camp in a November 2018 game against Virginia Tech, has scored double figures against the Hokies in three games in her Liberty career.