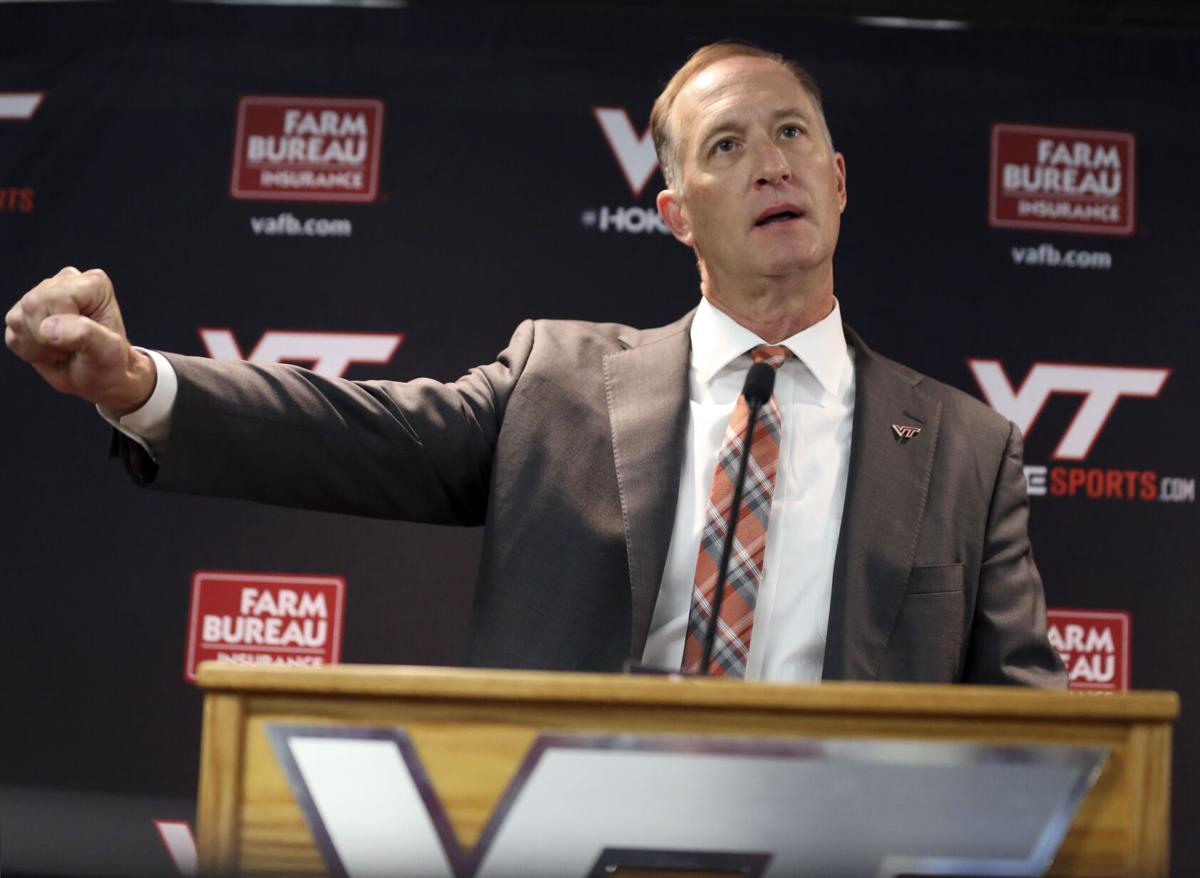 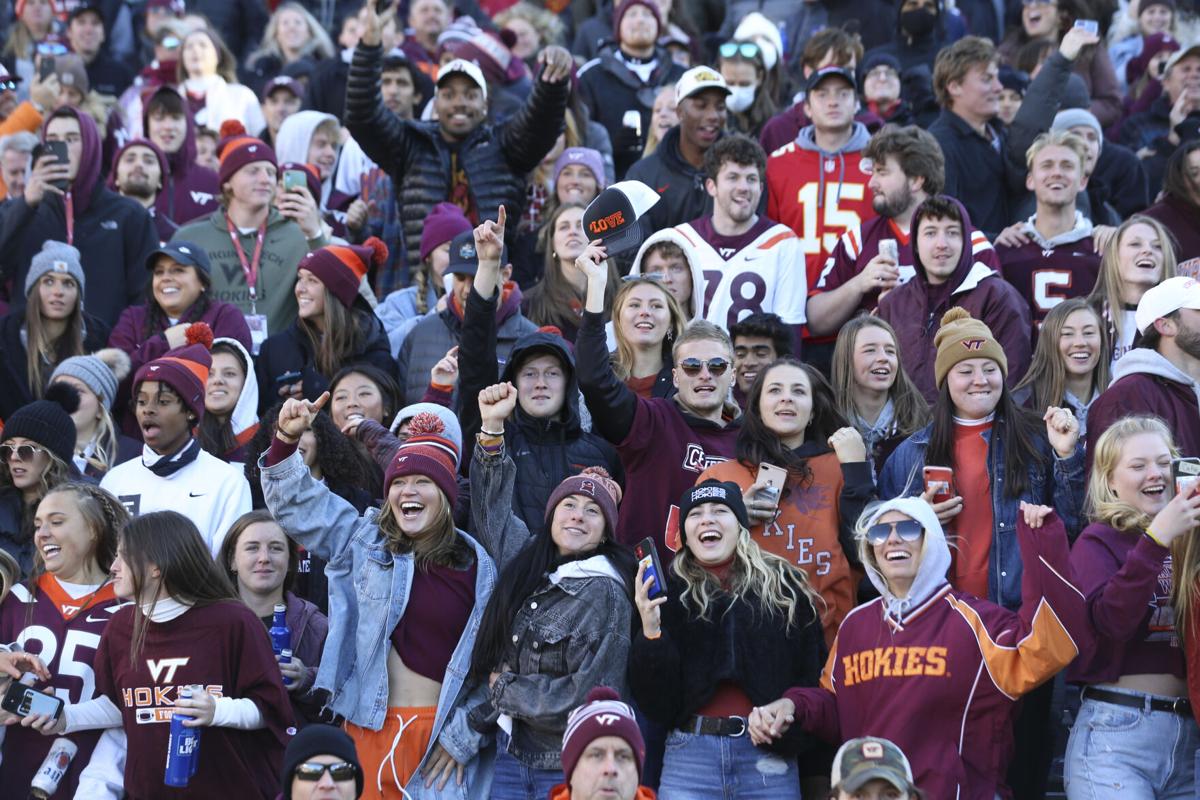 BLACKSBURG — He has to nail this. He knows it. We know it. If he doesn’t, the announcement Virginia Tech made Tuesday about Justin Fuente might be about him in a few years, and nobody wants that.

Whit Babcock must get this right.

I believe he will.

That’s what it all comes down to, doesn’t it? How much do you trust Babcock to sell what he can sell, identify the right guy and bring him to Blacksburg? One of the best-paying, most-scrutinized jobs in the commonwealth just came open, and Babcock’s burden is to make sure he doesn’t miss.

He doesn’t miss often. And here’s the thing: He didn’t miss with Fuente, either. Not on the hiring process itself.

Only years of observation and present hindsight could tell us that Fuente wasn’t the man to elevate this program to where it aspires to be. At the time Babcock hired Fuente, the move was universally hailed — locally and nationally — as a good-to-great one.

Fuente was young. He was hot. He was winning as a head coach. He was an offensive mind. He was the kind of guy who, if things went perfectly, could stack another two-decade-plus tenure on top of the one Frank Beamer delivered over his Hall of Fame career.

Fuente wasn’t Beamer — nobody is — but he wouldn’t have to be. He’d just have to take the baton, introduce some fresh ideas, revitalize the recruiting efforts, inspire the fan base and win a bunch of games like the Hokies had done in the not-too-distant past.

The transition went great. And then, bit by bit, the foundation began to erode.

We needn’t rehash all the moments that led us to this day. You’re familiar with them — the win-loss record most of all. Tuesday’s announcement was not complex, surprising or sinister. As the country song says, “it’s just love done gone.”

The admission of this has not caused Babcock to lose his confidence as a talent evaluator.

“I believe our body of work speaks for itself over a 10-year period,” Babcock said. “I believe if you look out there, there’s not many ADs that maybe haven’t missed on one. It’s kind of like a five-star recruit. Sometimes it works out and sometimes it doesn’t. You just do the best you can. I thought we got off to a great start with Justin, and then it just didn’t go where we wanted it to go.”

The split, though never easy, could have been much uglier. The players were informed by Fuente and Babcock of the mutually agreed-upon decision on Tuesday morning. Outside of interim coach J.C. Price (told 45 minutes earlier), they were the first to know.

The in-season timing might seem weird, but it works. Fuente got to end on a precious 1-0, albeit against a squad that’s gone 0-1 a lot this season. The players got to hug their head coach on senior day. And with two weeks left in the regular season, the “Now hiring, apply within” sign outside Lane Stadium goes from an implied concept to a flashing neon beacon for potential candidates.

That means Babcock officially can go to work.

Babcock laid out his goals to the public on Tuesday in the same Cassell Coliseum interview room where, just hours earlier, Mike Young had answered questions about his men’s basketball team improving to 3-0.

Young’s Hokies are fun, talented, committed and seemingly destined for a big season. Young is the epitome of what a Virginia Tech coach should be, combining a brilliant mind for his sport, the ability to build chemistry inside his locker room and an affable personality that endears him to everyone he comes in contact with.

Babcock hired that man only two and a half years ago. And he crushed it.

The task now is to do it again. Only this time, he’s got to find a guy to lead a hundred heavily armored young men instead of 15 hoopsters.

That guy exists somewhere. He’s probably already a head coach. Although Babcock was careful not to rule out anybody, he tends to give an advantage to those who’ve led programs before over coordinators.

“Typically, we’re in the risk-removal business,” Babcock said. “And a sitting head coach that’s done it, I just think — there are some coordinators that can do it. But when your first [head-coaching] job is a Power Five job, sometimes it’s a little tough to cut your teeth on that.”

“This is a place to do something special, never before been seen at Virginia Tech,” Babcock said. “Our next coach will get us there.”

Yep. And I’m betting Babcock will find him.

J.C. Price experienced a flood of emotions as Virginia Tech athletic director Whit Babcock followed the news of coach Justin Fuente’s departure with a request to take over the program on an interim basis, why he felt obligated to step into the role