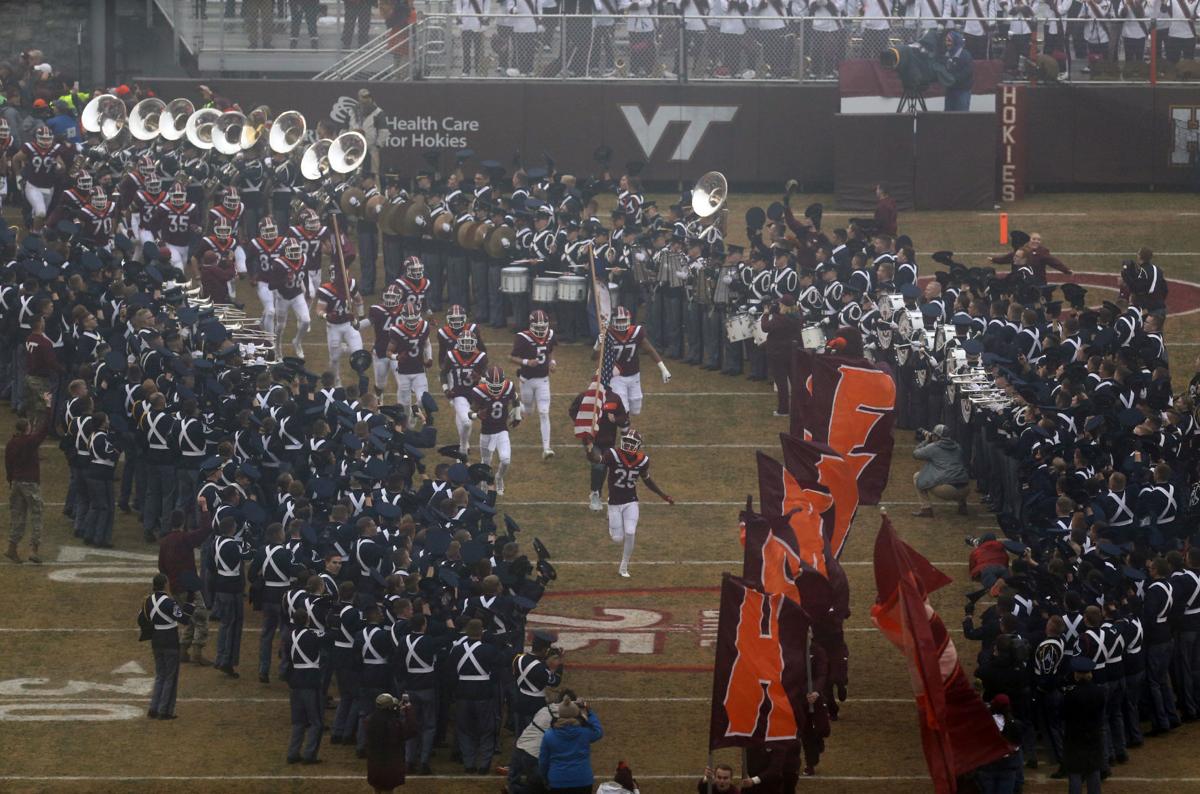 Virginia Tech players enter Lane Stadium to the familiar sound of Metallica’s “Enter Sandman” before a football game in Blacksburg. 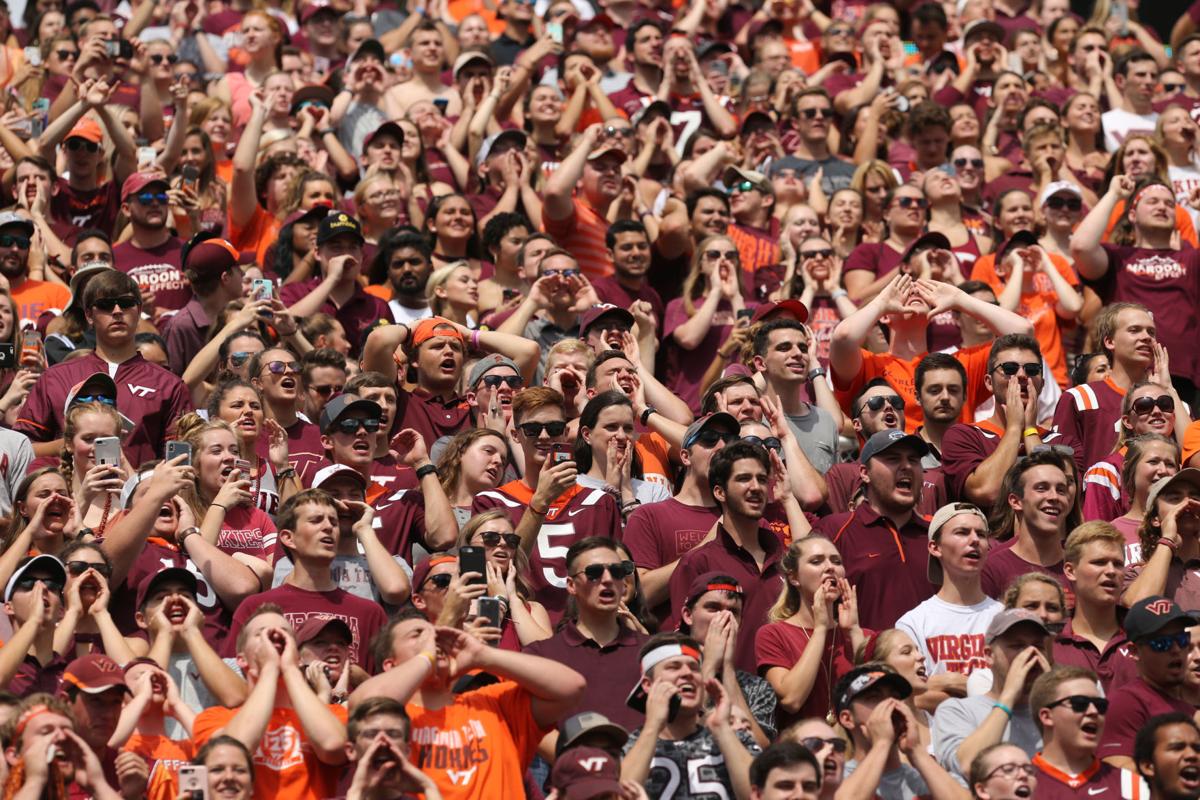 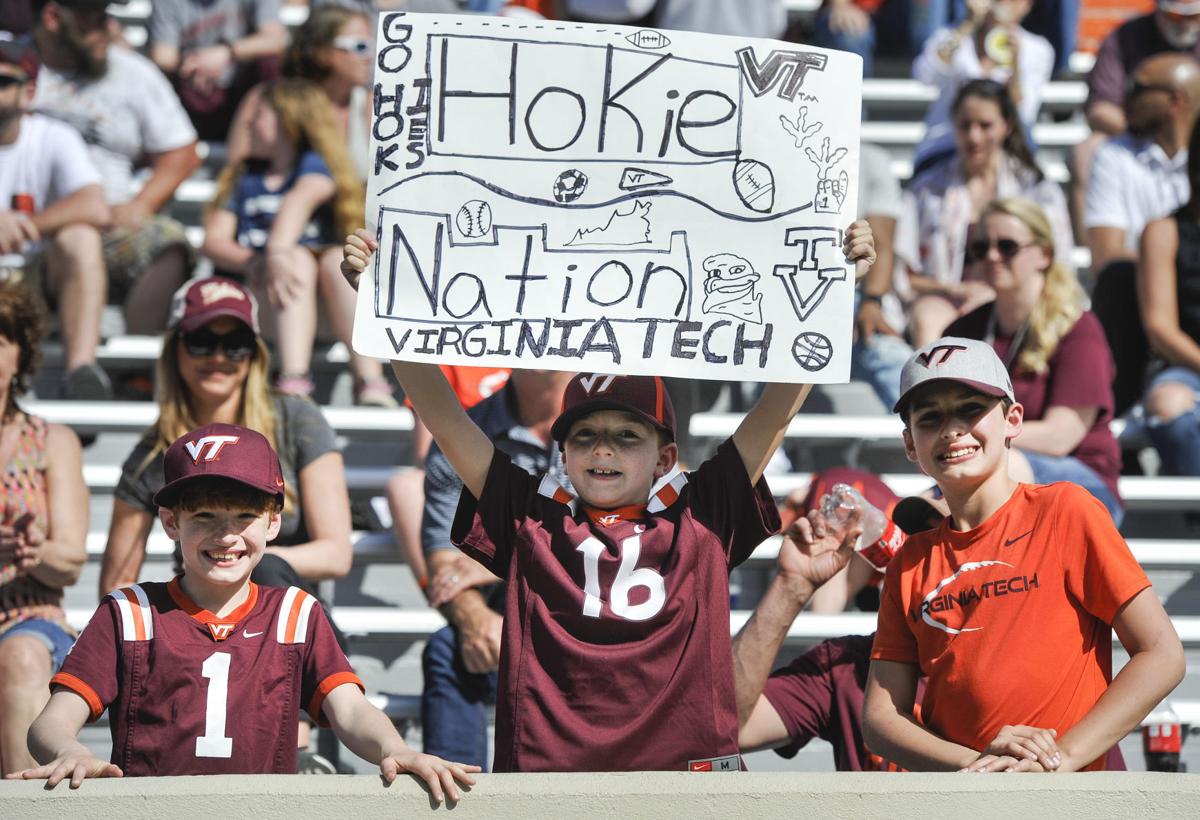 A young Hokies fan holds up a sign during Virginia Tech’s 2018 spring football game at Lane Stadium in Blacksburg.

Imagine “Enter Sandman” without any guitars.

That shouldn’t be too hard, really. We already must envision the Metallica song being played just before kickoff of a Virginia Tech game with only a few hundred people — namely, the players and their families — bouncing and getting riled up.

Football season tickets won’t be a thing in Blacksburg in 2020. The Hokies informed fans of that on Friday in a letter that also outlined spectator attendance for the immediate future.

As of now, under the commonwealth’s COVID-19 guidelines for outdoor events, the Hokies will have a maximum capacity of 1,000 for their season opener against N.C. State on Sept. 12. That means only teams and coaches and their families would be allowed in.

If that were to change, the Tech athletic department would make single-game tickets available the week of Aug. 31. The Hokies say they’ll announce capacity for each home game 10-14 days before it is scheduled.

So with the opener now less than three weeks away, Justin Fuente’s team has a decent idea of what its environment will look like — essentially, similar to what it would look like for an intrasquad scrimmage.

This stinks for spectators, of course, but it also produces a challenge for the players. And they understand it.

“We’ve been actually hitting it hard that we might not have fans, so we’ve got to be able to create our own juice,” Tech tight end James Mitchell said. “Coach Fuente and all the coaches have been big on us, like preparing us to be ready, getting the sidelines ready, even when we’re going against the defense in practice. So I think we’ll be prepared for that if it does happen.”

Never has the cliché “you play like you practice” been more appropriate. A sport driven by passion and emotion will be stripped of its built-in soundtrack on game day, perhaps draining some of the home field advantage we’re accustomed to.

We already saw a bit of it in the NBA playoffs, where the top-seeded Lakers and Bucks lost their opening games against the eighth-seeded Blazers and Magic, respectively, in front of family members at neutral sites. Home court is a huge deal at all levels of basketball because of the number of judgment calls that are made in every game. Refs are human.

In college football, it’s more about providing that extra fervor for the home team when it needs it. Try to envision that 2017 goal-line stand Tech made against Pittsburgh without the volume rising on every failed down. We’ll never know what would have happened, of course, but it feels a little more likely that the Panthers would have broken through.

The revised 2020 ACC schedule puts several of Tech’s highest-profile games — Virginia, Miami, Clemson — at Lane Stadium. This is still preferred over the alternative, but the edge won’t be as pronounced as it could have been.

Generally, Vegas moves the line about three points in the favor of the home team in college football. While lines for the opening week have not been posted yet at most casinos, you can bet that the hosts will get a little less of a bump.

Internal motivation, though, isn’t a problem for most high-profile athletes. They work like crazy all year long just to play on Saturdays in the fall.

If they get that shot this year, they’ll adapt.

“Football’s always going to be an escape for me personally,” Tech defensive back Divine Deablo said. “I don’t know about the rest of my teammates, but speaking for myself, football’s always an escape. The only thing I have to remember is to have a mask on when I’m off the field. But besides that, just play ball.”

Even in relative silence.

The coronavirus is making its way through the Virginia Tech football team, that’s how a parent of a current football player described the current situation behind the scenes

Virginia Tech players enter Lane Stadium to the familiar sound of Metallica’s “Enter Sandman” before a football game in Blacksburg.

A young Hokies fan holds up a sign during Virginia Tech’s 2018 spring football game at Lane Stadium in Blacksburg.