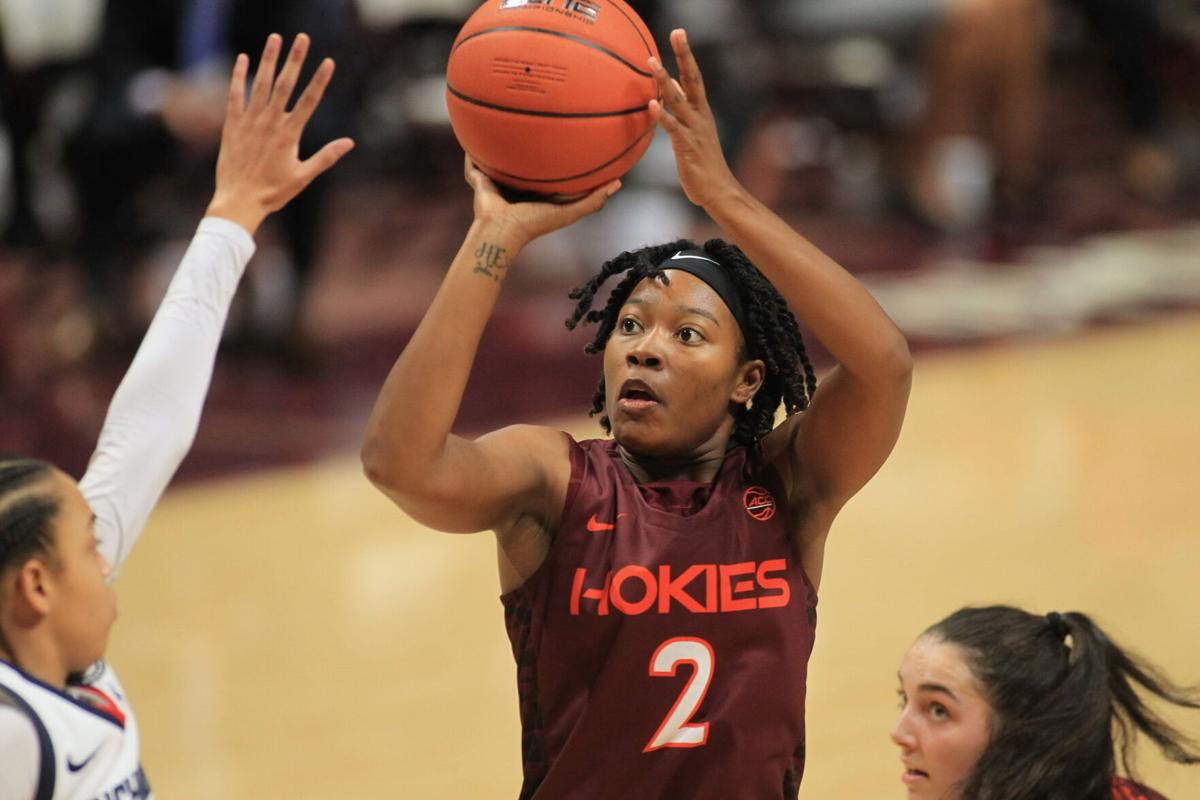 Aisha Sheppard is one of five returning starters on Virginia Tech. The All-ACC guard returned to Tech for her extra year of eligibility. 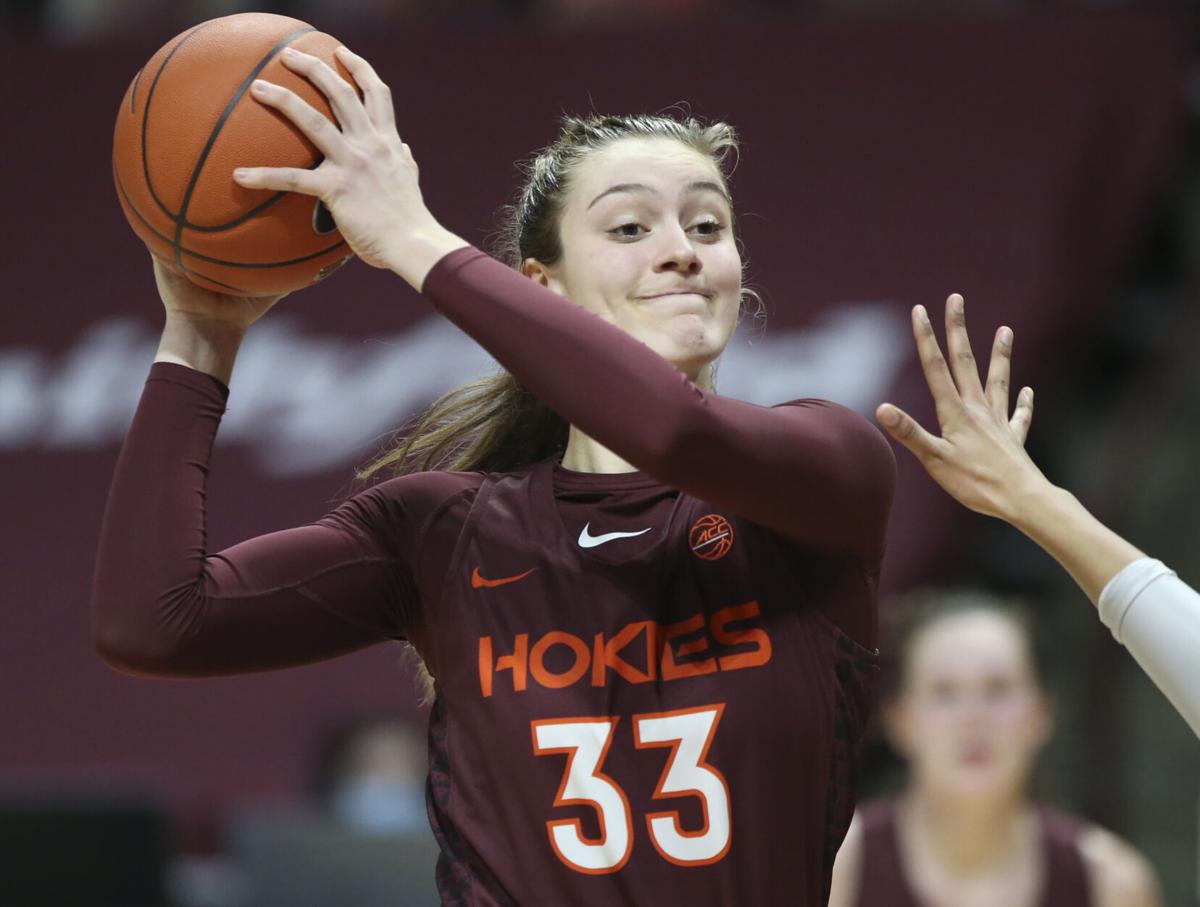 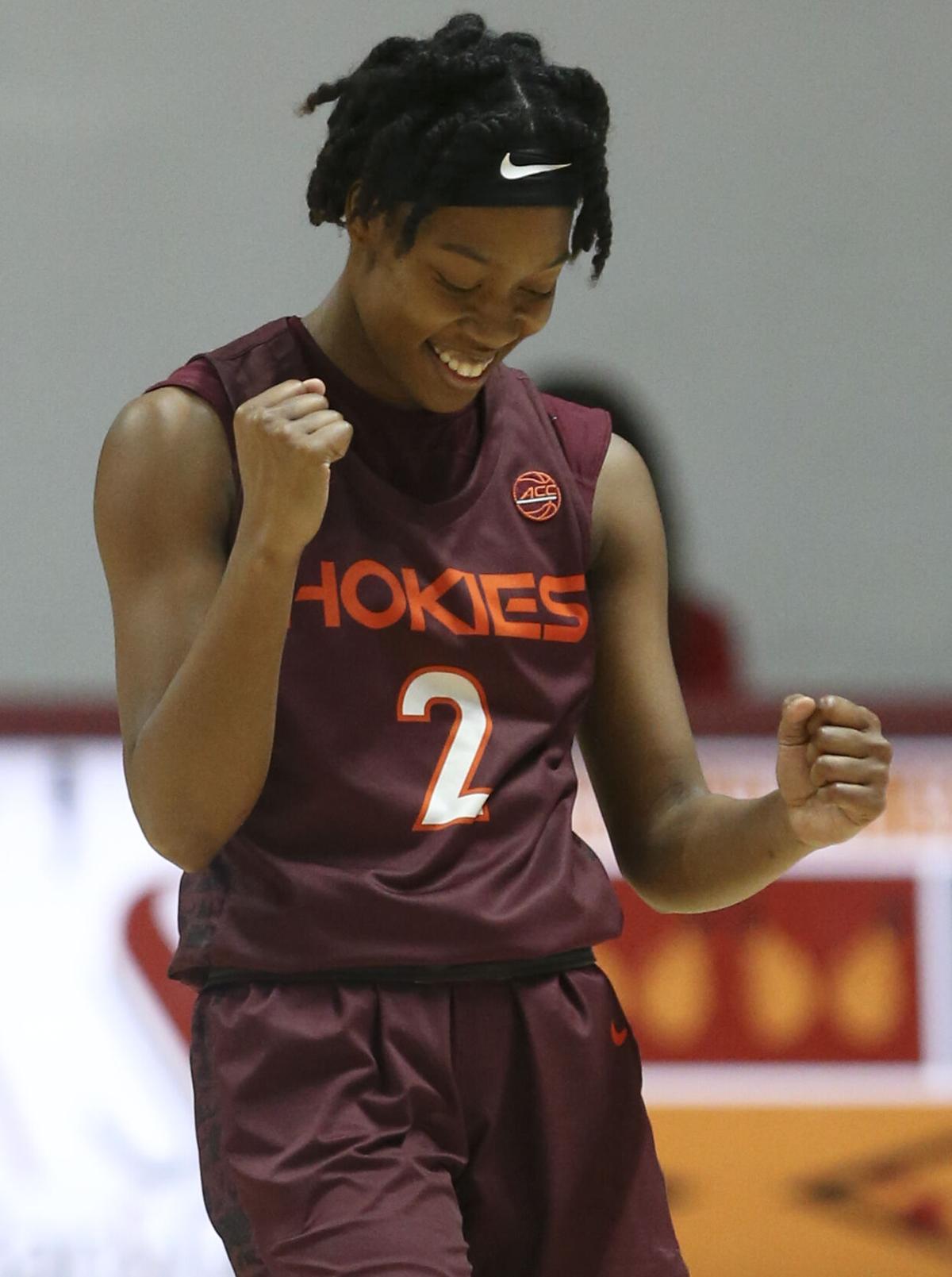 Virginia Tech’s Aisha Sheppard is one of five returning starters on the Hokies. The All-ACC guard has returned to Tech for her extra year of eligibility.

CHARLOTTE, N.C. — The Virginia Tech women’s basketball team returns all five starters from a squad that bowed out in the second round of the NCAA tournament last season.

So the Hokies are aiming for a longer stay in the NCAAs this season.

“Sweet 16, … that’s our mindset, that’s our goal,” fifth-year senior guard Aisha Sheppard said Wednesday at ACC women’s basketball media day. “Within that, we’ll be able to win a lot of ACC games and on top of that, hopefully win the championship.”

“If you’re one of the last 16, … then anything can happen,” coach Kenny Brooks said. “We have a team that is worthy of that … and can do that. And so I’m excited about them. I’m excited about their growth … because they learned a lot from last year. … If we can continue that and take it a step further, it’s going to be a lot of fun.”

Tech has been ranked No. 21 in the nation by the Lindy’s Sports preview magazine.

But four other ACC teams are ranked ahead of Tech in the magazine’s Top 25 — No. 6 Louisville, No. 7 North Carolina State, No. 15 Florida State and No. 20 Georgia Tech.

Virginia Tech went 15-10 overall and 8-8 in ACC play last season, when it made the NCAAs for the first time in 15 years. Tech won eight of its final 11 games.

The seventh-seeded Hokies beat 10th-seeded Marquette in the first round of the NCAAs before suffering a 90-48 loss to second-seeded Baylor in the round of 32.

Tech is aiming for a more successful regular season this year so it can land a better seed in the NCAAs.

Sheppard, who is on track to earn a master’s degree in December, ranked third in the ACC in scoring (17.7 ppg) last season. Instead of entering the WNBA Draft, she opted to return to Tech for one final year.

“I considered [the draft] a lot, but I just wanted to make sure I was ready,” she said.

Brooks said he was caught off guard by how many double teams Kitley drew last season. But he eventually devised a plan. As a result, Kitley had 23 points and four assists in the win over Marquette.

“In the Marquette game in the tournament, we put in a lot of new plays to kind of take advantage of [double teams],” Kitley said. “When somebody decides to double team, they’re leaving somebody else open. As soon as we found a way to exploit that, then I became a pretty good passer.”

The Hokies have added reinforcements from the transfer pool.

Former Liberty University guard/forward Emily Lytle, who averaged 14.7 points as a fifth-year senior, transferred to Tech for her extra year of eligibility.

“She’s really, really good. She is a monster,” Sheppard said.

“She’s as fast as anyone that we have,” Brooks said. “Last year we put a lot on Georgia to handle the basketball. … Now we can put Kayana Traylor out there and she can take some of that responsibility away from Georgia. Those two will play together.”

But Tech does not boast great depth.

West Virginia transfer Rochelle Norris suffered a torn ACL over the summer and will miss this season.

The two high school recruits that Brooks signed last spring — Brianna Turnage and Destiney McPhaul — began summer school at Tech but are no longer enrolled at the university.

Brooks said Turnage decided to give up basketball.

“She said it was something that she was contemplating since her ninth grade year,” Brooks said. “It was a surprise to us.”

McPhaul has already picked a new school. The point guard from Philadelphia is back in her hometown, having transferred to Temple.

“When … you have a point guard [Amoore] and you go out and bring another point guard in in Kayana Traylor, I think things were a little bit tougher than she thought they were going to be,” Brooks said of McPhaul.

Chloe Brooks, who will be graduating in December, is still on the roster but will no longer play for Tech because of nerve damage in her foot.

Taylor Geiman, who suffered a torn ACL last season, has returned to action. But Shamarla King, who missed last season in the wake of knee surgery, won’t be at full strength until January.

Notre Dame kicks a 48-yarder in the final seconds to win 32-29 at Lane Stadium.

He also will be suspended for the first half of next week’s game against Pittsburgh.

Aisha Sheppard is one of five returning starters on Virginia Tech. The All-ACC guard returned to Tech for her extra year of eligibility.

Virginia Tech’s Aisha Sheppard is one of five returning starters on the Hokies. The All-ACC guard has returned to Tech for her extra year of eligibility.