BLACKSBURG — Virginia Tech linebacker Dax Hollifield knew exactly where he was going after the whistle blew.

Hollifield bookended a flurry of possession changes early in the fourth quarter with an interception in Tech’s 17-10 win over No. 10 North Carolina on Friday night.

The sequence started with Tech’s defense forcing a pivotal turnover on downs at midfield. Hokies quarterback Braxton Burmeister threw an interception of his own on the first play of the ensuing drive, but North Carolina’s reversal of fortune was short lived.

Tech defensive lineman Norell Pollard tipped a pass at the line of scrimmage two plays later. The ball fluttered through the air nowhere near its intended target Josh Downs and Hollifield made a diving interception.

The North Carolina native ignored his teammates looking to celebrate and sprinted towards the Hokies sideline with one goal in mind.

Dax found his father Aubrey Hollifield behind Tech’s bench and tossed the football to him. Aubrey made the one-handed grab in the front row and beamed with pride.

While Dax was reluctant to discuss the origins of his father’s dislike for the Tar Heels after the game, Aubrey had no issues offering an explanation.

“I grew up a huge North Carolina fan,” Aubrey Hollifeild said. “They told them I really wasn’t good enough to play for them. They didn’t recruit me ... it hurt a little bit and it sticks with you. I think that spills over to your children too.”

Dax originally tried to get his father a game ball when he made an interception in 2019 at Wake Forest (his father’s alma mater), but couldn’t get to his dad in the stands. This time Aubrey got a few minutes with the ball before security arrived to take it back.

“It had a UNC logo on it,” Aubrey Hollifield said. “I’m guessing that’s why they took it back. It would have been pretty sweet to have.”

Hollifield jokingly suggested he should have tried to hide the ball better, but whether the ball ended up in a trophy case or not — it was still a special day for the family.

Before Dax got to Virginia Tech, his father was on the sidelines for nearly every single moment of his career. The same goes for Dax’s younger brother Jack, who is now a true freshman offensive lineman with the Hokies. The brothers last played together for Shelby High School back in 2017.

The Hollifield’s had 15 family members attend the game on Friday night, but Aubrey wasn’t initially going to be one of them. Aubrey is still an assistant on Shelby’s staff and the Golden Lions had a game scheduled on Friday night against Crest High School, a fierce local rival.

“All of a sudden with the COVID protocols, the team had to cancel,” Aubrey Hollifield said. “It was a last minute thing. I got told on Wednesday.”

When he arrived in Blacksburg on Friday, he wasn’t quite prepared for how emotional he got. It started when he saw both his sons get off the bus for Hokie Walk.

“There were tears and Dax cried,” Hollifield said, with a laugh. “I don’t know if it was the emotion we were playing North Carolina or that Jack was here, I don’t know.”

The intense emotional reaction continued when he got to his seats in the lower bowl of Lane Stadium.

“When I used to play, I used to get sick, almost throw-up,” Aubrey Hollifeild said. “I would get so hyped up and when Dax started playing in high school I would get like that. I hadn’t been sick as much lately, especially the last couple of years, but right before the game I was starting to get that feeling.”

His biggest fear was that the people around him might think he had COVID and he wouldn’t get to watch the game. The uneasiness turned to joy once “Enter Sandman” hit and the players jogged out onto the field in front of a capacity crowd for the first time since 2019.

“There’s nothing else out there like this,” Aubrey Hollifield said. “The atmosphere, you see all those people out there? Running through that tunnel, I’ve seen it a million times and I still get chills.”

Aubrey Hollifield got settled in and witnessed a vintage Tech defensive performance. The Hokies held the ACC preseason player of the year Sam Howell to 208 yards on 53% passing. He threw a career-high three interceptions under constant pressure from Tech’s front seven and was sacked six times. Hollifield had four tackles with a half a sack and the interception.

The defense that gave up 56 points and 656 total yards (including a program record 399 yards rushing) to the Tar Heels last year was nowhere to be found.

“We’ve been working so hard for the last eight months to really just get this last season off our back,” Dax Hollifield said. “That’s in the past obviously, but it’s just been really just wearing on us ... the job we did last year wasn’t good enough.”

When the Hollifield’s met up after the game in front of the Jamerson Center, the relief on both their faces was easy to see.

“I thought the six overtime game was awesome, but this right here, this was a great win,” Aubrey Hollifield said.

What's the cause for Sam Darnold's early success? 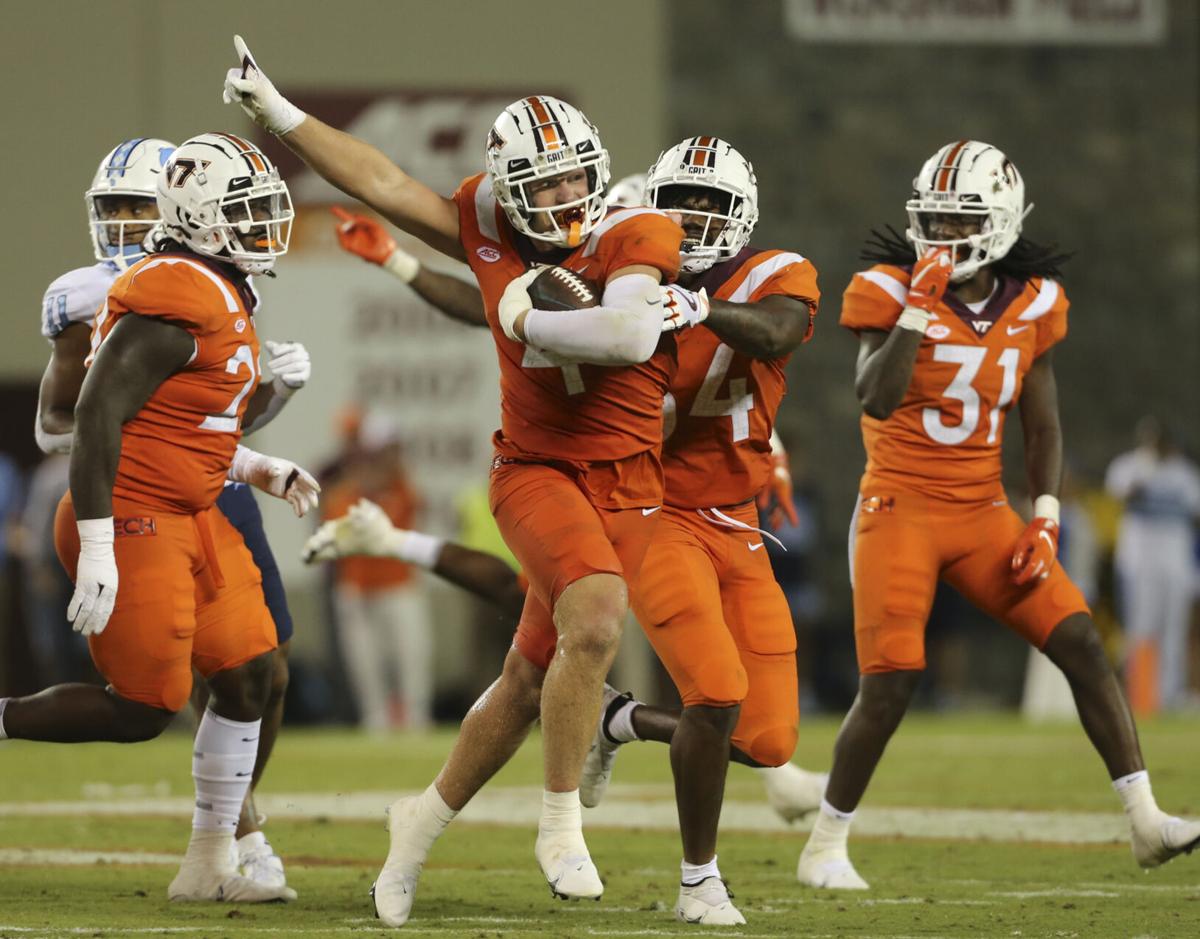 Virginia Tech’s Dax Hollifield (center) celebrates an interception in the second half of Friday’s 17-10 victory over North Carolina. 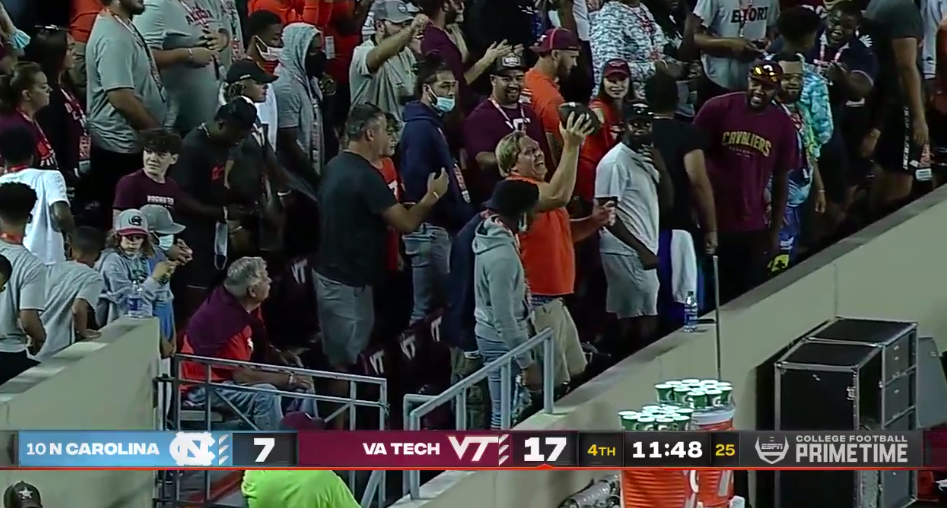 After Virginia Tech linebacker Dax Hollifield intercepted a pass early in the fourth quarter, he tossed the ball into the stands to his father Aubrey Hollifield.