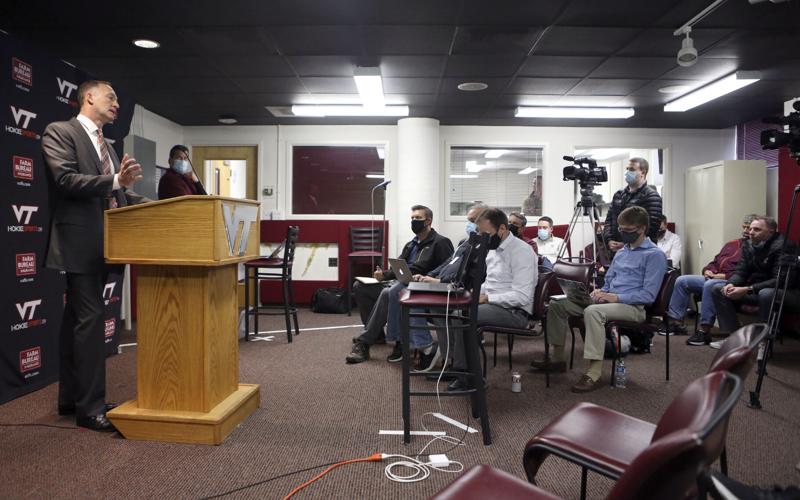 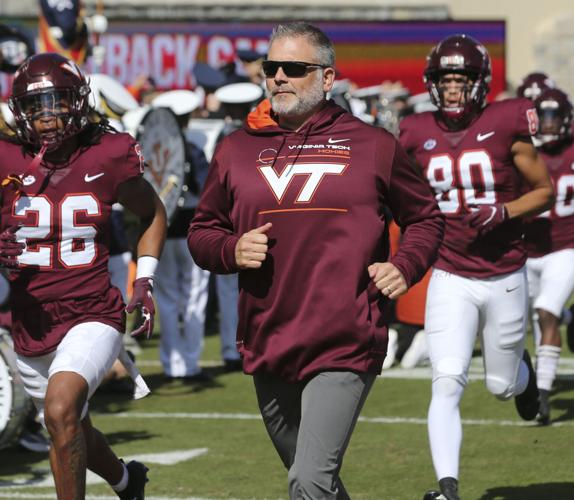 Virginia Tech head coach Justin Fuente runs on to the field prior to the start of the Virginia Tech Syracuse game.

Tech and Fuente’s camp are still going through final negotiations, but the school expects to pay the coach an $8.75 million buyout for letting him go with three years left on his contract. That was negotiated down from the $10 million the school was on the hook for as part of the contract extension Fuente signed in January 2018.

For reducing the amount, Fuente will get the $8.75 million in a lump sum instead of quarterly installments over the length of the deal. The buyout was scheduled to go down another $2.5 million on December 15.

There was no language in the contract about a new job offsetting any of that cost. Babcock defended the buyout last year after retaining Fuente for an additional season.

“If you do your research and homework on it and learn about contracts, guaranteed money, fully guaranteed, all of that, I’m not bothered by Justin’s contract at all,” Babcock said, in December.

Tech could be responsible for buying out a number of the football team’s assistant coaches as well.

According to Babcock, Tech assistants are all on letters of appointment through the end of June. The lone exception is special teams coach James Shibest, who was recently nominated for the Broyles Award given annually to the nation’s top assistant coach, is the only assistant with an additional year left on his contract.

Those letters of appointment have language that would offset Tech’s financial responsibility “dollar for dollar” if those individuals got new jobs before the end of their contract.

“You let the next head coach bring in his people, right?” Babcock said, on Tuesday. “You may have some that you say, ‘hey, can you interview and talk to them?’ And they may or may not keep them. I would certainly love for that to happen, but I’m not going to remotely begin to handcuff the next coach. He or she has to go with their decision, sink or swim with that, as long as it makes sense.”

Based on salary figures Virginia Tech provided last year, the Hokies on-field coaches make $3.52 million annually without retention bonuses. If they are all let go in December they would be owed around $1.69 million for the rest of the year and Shibest would be owed an additional $420,000 for the extra year.

That would bring the total buyout money owed to an estimated $10.86 million. According to Babcock, the athletic department will likely rely on a combination of fundraising and reserve money to cover those costs.

The decision comes as Tech’s athletic department anticipates a $19.1 million shortfall in revenue for the 2021 fiscal year thanks to the COVID-19 pandemic. The athletic department announced a series of cost-saving measures last year to trim $15 million from the 2021 budget, which included layoffs and salary reductions.

The university has lost upward of $60 million from the COVID-19 pandemic.

Six interesting facts you didn't know about the Super Bowl

Virginia Tech head coach Justin Fuente runs on to the field prior to the start of the Virginia Tech Syracuse game.