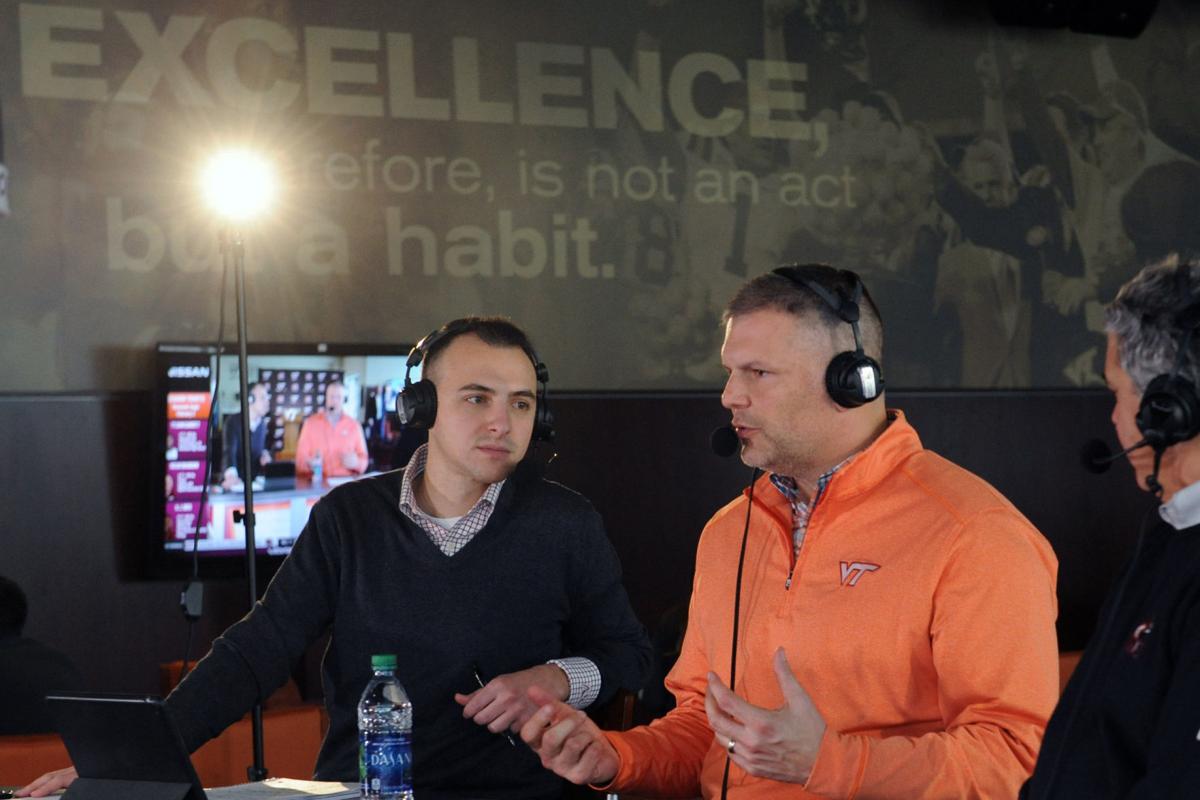 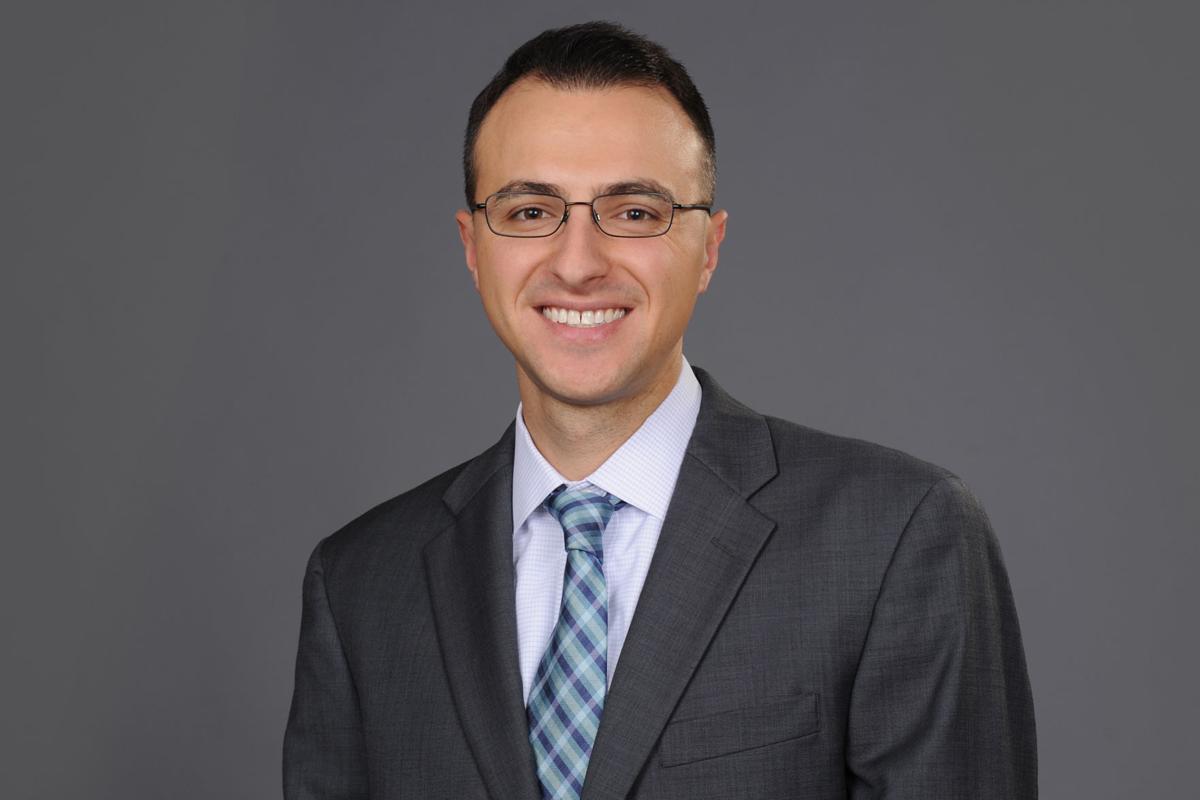 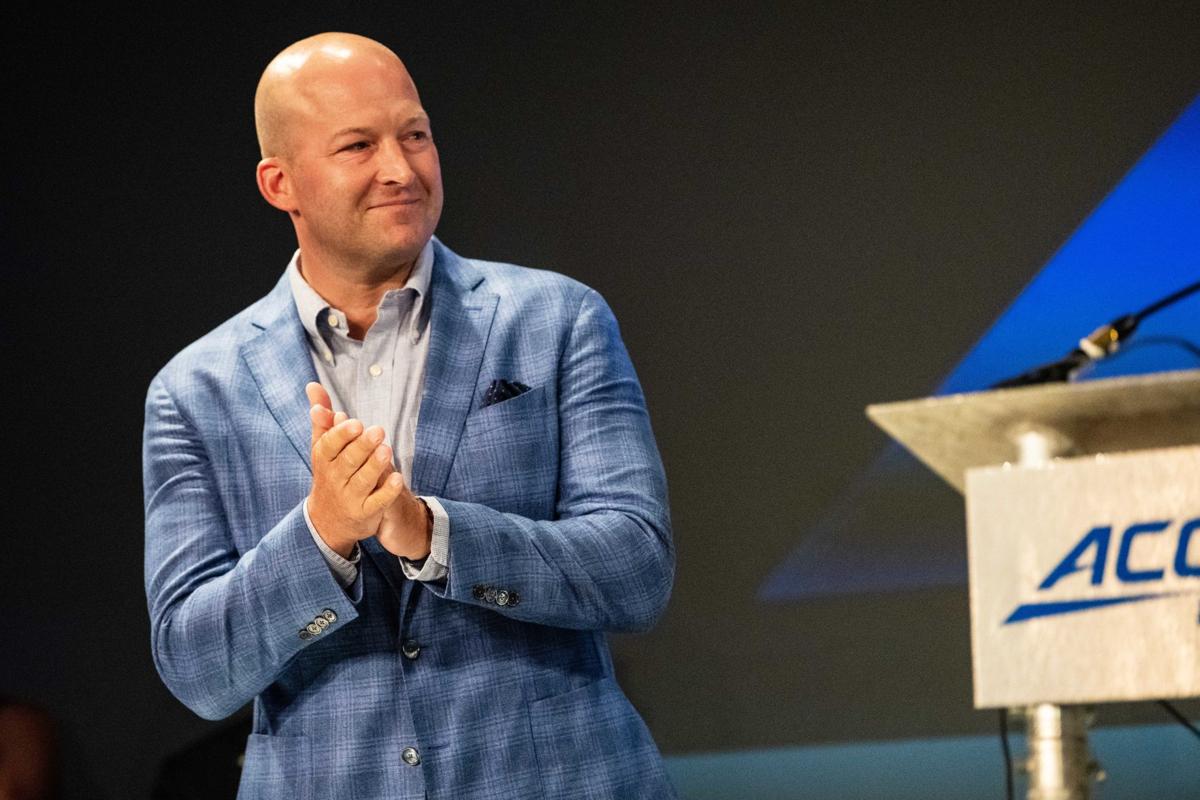 Former Boston College and NFL quarterback Tim Hasselbeck will be a game analyst for the new ACC Network, which debuts later this month.

Andrew Allegretta is leaving Blacksburg for the Big Easy.

Tulane announced Friday that it has hired Allegretta to be the play-by-play announcer of its football, men’s basketball and baseball radio broadcasts.

Allegretta has been the radio voice of Virginia Tech women’s basketball and baseball for the past eight years. He also served as the sideline reporter and the pregame and postgame host for Hokies football radio broadcasts the past four seasons.

“I feel really indebted to Blacksburg and the opportunity that I’ve had,” Allegretta said Friday in a phone interview. “It’s a place that means so much to me. I met my wife here. A better part of my life has been spent with that athletic department.

“But the [new] opportunity is one that’s really exciting.”

Tulane, which is in New Orleans, is a member of the American Athletic Conference.

“The opportunity to be a lead broadcaster is something that grabs the attention of just about anybody in my position,” Allegretta, 31, said. “I’m also really excited for the chance to explore a new city, a new style of living.”

Learfield IMG College holds the media rights for both Tulane and Virginia Tech, as well as those of many other schools.

In January, Allegretta was named the Virginia sportscaster of the year by the Virginia members of the National Sports Media Association.

“I’m certainly appreciative of that particular award. It means a lot to me,” he said. “It speaks to how much I’ve enjoyed my time in the state of Virginia.”

The Tech women’s basketball radio job has been a good launching pad for some announcers. Others who have had that role over the years include Cory Provus, who is now the radio voice of the Minnesota Twins, and Tony Luftman, who is now a host for the NHL Network.

Allegretta, a Syracuse University graduate, was involved with more than women’s basketball, football and baseball at Virginia Tech.

He also did play-by-play for the men’s basketball games that were not on regular television but instead aired as digital broadcasts on ACC Network Extra or, prior to the 2016 debut of ACC Network Extra, on ESPN3.

Allegretta, who served as Virginia Tech’s director of broadcast operations for digital media and Olympic sports, also did play-by-play for Tech’s Olympic sports broadcasts — on ACC Network Extra, ESPN3, and when they used to be shown on the digital platform that was part of the Tech athletic website.

“My eight years have meant the world to me,” he said. “I’ll remember all of the excitement that I was able to be a part of, whether it’s the Ohio State football game in 2014, Coach [Frank] Beamer’s final game at the Independence Bowl in 2015. The baseball team had that wonderful run to the ACC championship [game] in 2013. And the relationship I’ve built with [women’s basketball coach] Kenny Brooks over the past three years has been among my favorites during my time in Blacksburg.”

Tim Hasselbeck, who will be an analyst for football game telecasts on the new ACC Network, was on the losing end of a particularly important Virginia Tech game.

Hasselbeck was the Boston College quarterback in the Hokies’ 38-14 home win over BC on Nov. 26, 1999. With that win over the No. 22 Eagles, the No. 2 Hokies clinched the Big East title and concluded an 11-0 regular season. Michael Vick threw for three touchdowns and ran for another in that game, while Hasselbeck was sacked six times.

Tech then lost to Florida State in the national championship game.

Vick and Hasselbeck were also the opposing quarterbacks in the Hokies’ win at BC the following year.

“The Michael Vick years, [the Hokies] were excellent back then. And honestly, as good as they were on offense, it was really those defenses that were so much to handle,” Hasselbeck said last month at ACC football media days in Charlotte, North Carolina. “So much speed on defense, and they were always so aggressive — kind of crazy blitz packages.

“Playing in Blacksburg, it felt like probably the hardest place I’ve ever played, just in terms of the crowd noise.”

The former NFL quarterback will team on ACC Network games with play-by-play man Dave O’Brien. They will be one of the ACC Network’s three football announcing teams. Hasselbeck and O’Brien will usually do Saturday night games.

Hasselbeck will continue to be an NFL studio analyst for ESPN, where he has worked for eight years.

He is married to Elizabeth Hasselbeck, formerly of “The View” and “Fox and Friends.” He is the brother of ex-BC and NFL quarterback Matt Hasselbeck, who will be an analyst for ESPN’s Thursday night college football telecasts this season, in addition to his role on “Sunday NFL Countdown.”

The ex-cornerback can be seen on such NFL Network shows as “Good Morning Football” and “NFL Total Access.”

Hall, whose NFL career concluded in 2017 with the Washington Redskins, was an NFL commentator for Fox Sports 1’s daily talk shows last season.

He also was a part of the Redskins shows on NBC Sports Washington last year.

Cole Beck is among five current Hokies who will compete in the trials.

Former Boston College and NFL quarterback Tim Hasselbeck will be a game analyst for the new ACC Network, which debuts later this month.