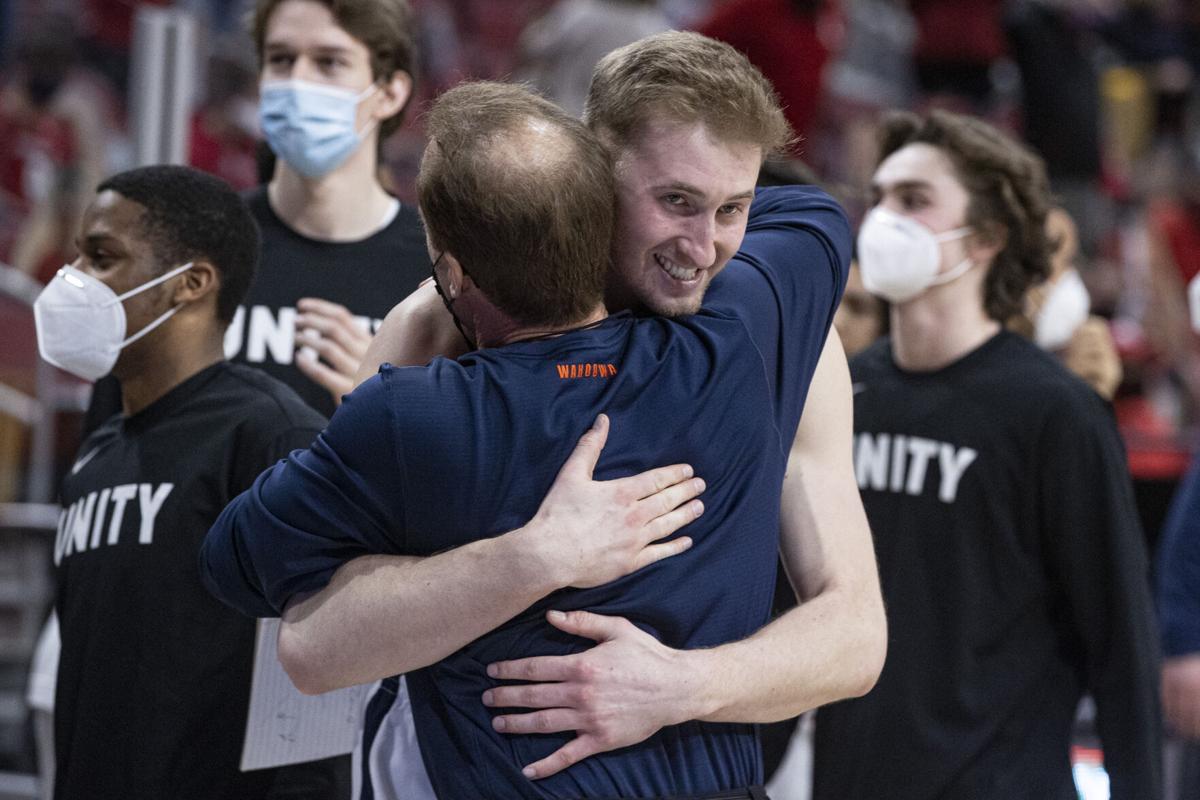 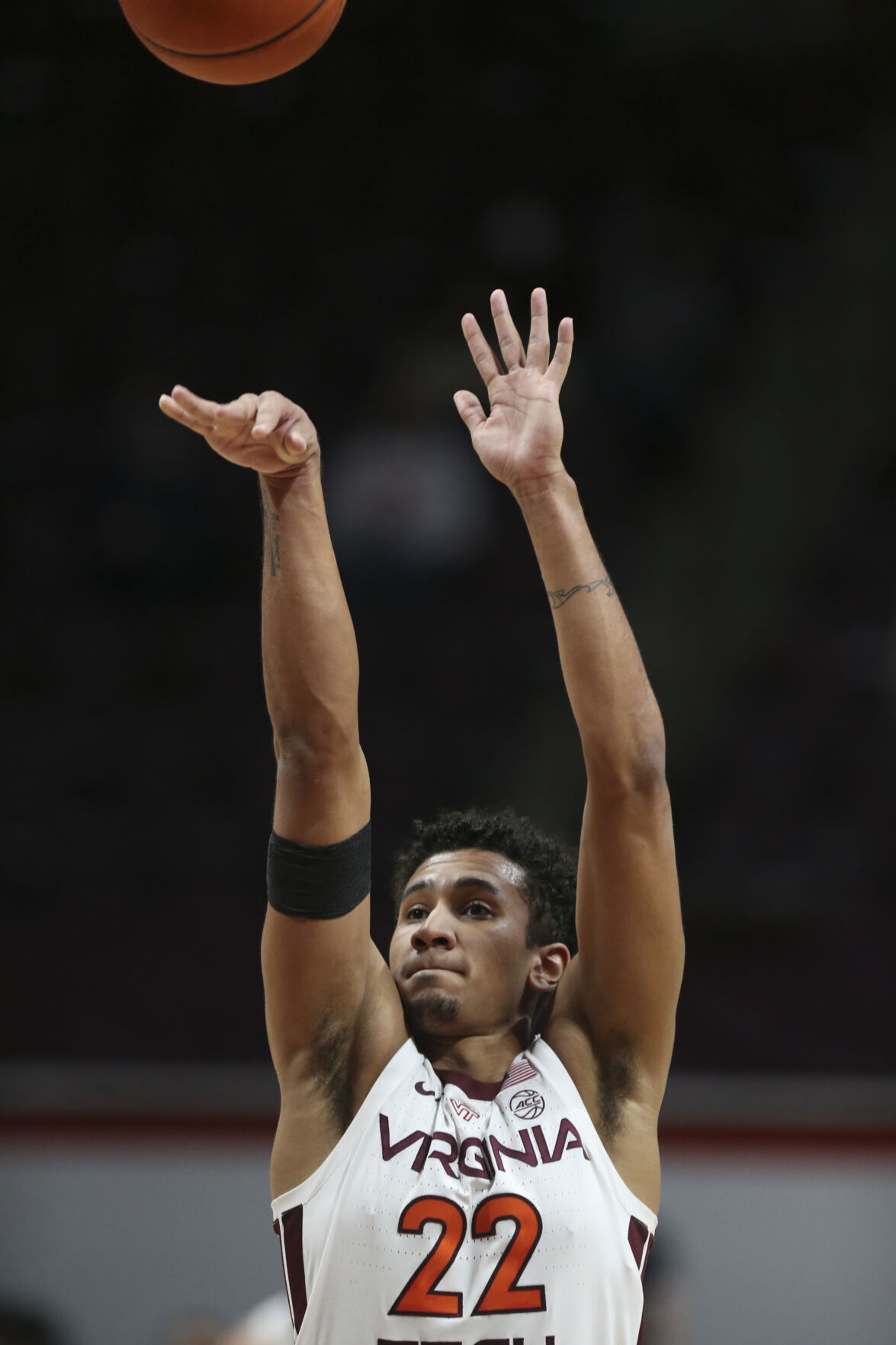 Virginia Tech's Keve Aluma and the Hokies wound up with the No. 3 seed in the ACC Tournament for their best seed since 2007.

The Virginia men’s basketball team clinched the ACC regular-season title and the No. 1 seed in the ACC Tournament Saturday, while Virginia Tech landed the No. 3 seed.

The seedings and pairings were announced Saturday night.

Florida State (15-5, 11-4) would have clinched the top seed and regular-season title with a win at Notre Dame on Saturday, but the 11th-ranked Seminoles lost the game.

That opened the door for UVa (17-6, 13-4), which won at Louisville later Saturday to claim the top seed and the regular-season crown. So FSU had to settle for the No. 2 seed.

It was UVa’s 10th ACC regular-season title, including the fifth under coach Tony Bennett. It was the sixth time UVa earned the No. 1 seed in the ACC Tournament.

Virginia Tech (15-5, 9-4), which had to cancel its final two regular-season games because of COVID-19 contact-tracing issues, finished in third place.

It is Tech’s highest finish in the standings since then-coach Seth Greenberg’s Hokies tied for third place in 2010. Tech was the No. 4 seed that year.

The No. 3 seed is Tech’s highest seed since the Hokies were seeded third in 2007.

Both the 21st-ranked Cavaliers and the 22nd-ranked Hokies earned double byes in the tournament and won’t play until Thursday’s quarterfinals at the Greensboro Coliseum.

Eighth-seeded Syracuse (15-8, 9-7) will meet ninth-seeded N.C. State (13-9, 9-8) in Wednesday’s second round, with the winner facing UVa at noon Thursday. UVa won its lone meeting with Syracuse this year but split its two meetings with State, including a 68-61 home loss on Feb. 24.

Tech did not play UNC this season. Tech went 2-0 against both Notre Dame and Wake.

If the Hokies win Thursday, they could see FSU in Friday’s semifinals. Tech did not play FSU this year, either.

This will be the first time Tech has ever enjoyed a double bye in the ACC Tournament; 2014 marked the first time that event had two rounds prior to the quarterfinals.

(Tues. and Wed. games on ACC Network, Thurs. and Fri. games on ESPN or ESPN2, Sat. game on ESPN)

Will we see Deshaun Watson this season?

Will we see Deshaun Watson this season?

Virginia Tech's Keve Aluma and the Hokies wound up with the No. 3 seed in the ACC Tournament for their best seed since 2007.