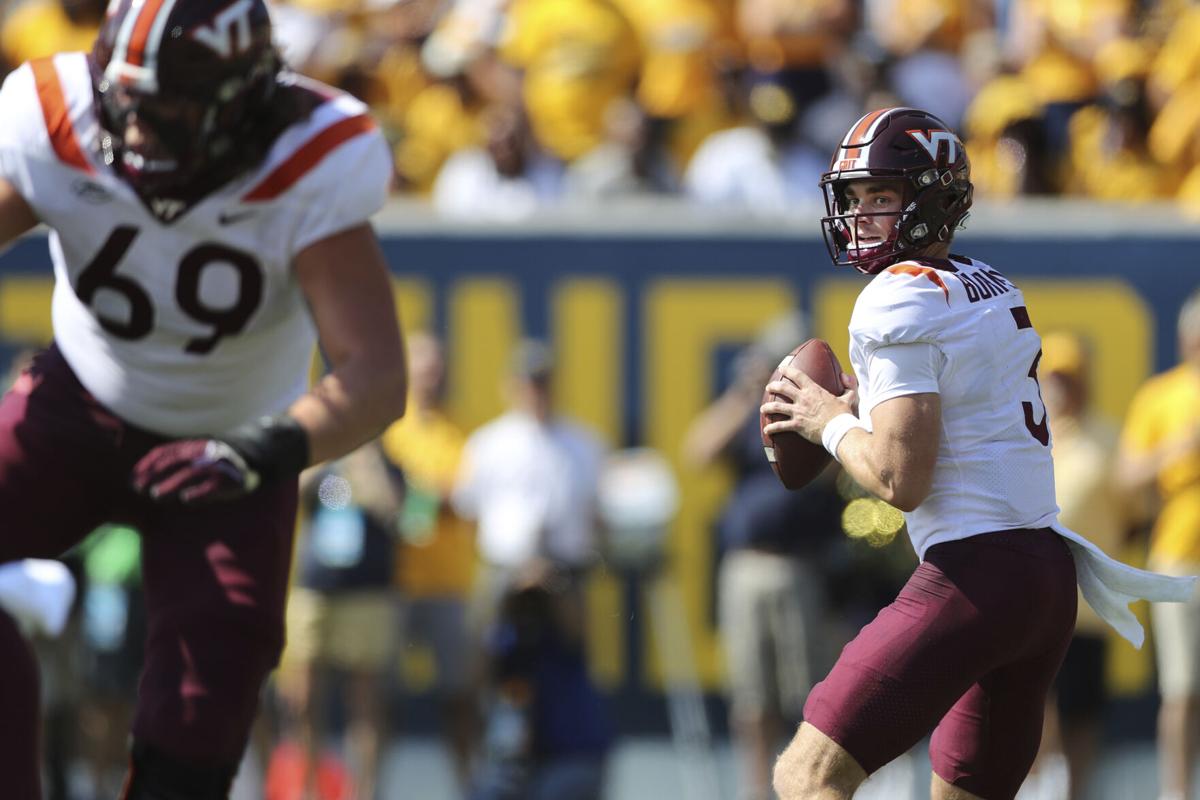 He deleted apps like Twitter off his phone last year, but Fuente didn’t need to be on social media to know the fan base was frustrated with the team’s red zone failures in a 27-21 loss to West Virginia on Saturday.

The Hokies didn’t score on three separate trips inside the 10-yard line in the loss, which dropped their overall red zone scoring percentage down to 58.3% on the season. They are ranked No. 127 in the FBS out of 130 teams in the category through three games.

Tech’s final red zone trip came in the final minutes with the game on the line. The Hokies had four separate chances to score a game-winning touchdown inside the 5-yard line and came up empty-handed each time.

After reviewing the film, Fuente had an easy way to sum things up.

“We stunk,” Fuente said. “...That's poor for everybody. You don't get down there three times and come away with nothing, and not revaluate and talk about and look at all aspects of it. Top to bottom, weren't very good."

But more detailed analysis followed and he addressed many of the topics fans have been venting about over the last 48 hours starting with the team’s play calling and offensive coordinator Brad Cornelsen.

After a loss to Pittsburgh last year, Fuente was asked if he would consider taking over the play-calling duties and angrily dismissed the question. Cornelsen has called plays for Fuente since the 2015 season at Memphis.

“No, that’s the most ludicrous crap I’ve ever heard,” Fuente said, at the time. “Next question.”

On Monday, he offered a more thoughtful response to fans angry about the direction of the offense.

That “minutia” includes long hours put into film sessions and game planning meetings that Fuente isn’t a part of as head coach. It’s why Fuente is often reluctant to second guess a play call in the moment.

One of the plays that drew the most attention from fans was a stretch play called on third and five from West Virginia’s 5-yard line in the fourth quarter. The play was dead from the start with receiver Tre Turner taking it to the boundary (the short side of the field) and getting swallowed up by multiple defenders for a 1-yard loss.

Fuente stood by the call given Tech’s struggles running it between the tackles through the game and West Virginia stacking the box. Before Turner’s carry, running back Jalen Holston was stuffed at the line of scrimmage on first and second down on inside runs.

"Why do you think it was hard to run to the ball inside? Cause there's a lot of people in there,” Fuente said. “Right? So you are trying to get the ball to the edge...that's one of a bunch of things we didn't do very well down there. Coaching wise and execution wise."

As for running it to the boundary, he said in the statistical analysis the coaches do that those plays have traditionally done better going to that side of the field whether it’s at the goal line or midfield.

The play of Braxton Burmeister and the reads he made in the red zone was also discussed.

Fuente didn’t have a problem with Burmeister’s decision-making inside the 10-yard line and cautioned fans putting the blame on the quarterback when he doesn’t pull the ball back and run on what looks like a read-option play since some of those calls are straight runs on the inside.

The coaching staff’s main concern in the passing game is the same one they’ve had the last two weeks — getting more plays downfield.

“I know it sounds familiar, but I think it’s incumbent on all of us to continue to mold things to give him the opportunity to have success, so he feels comfortable,” Fuente said. “And is able to make good decisions, whether it’s in the RPO games, like there’s some times where we’ve got to make better decisions and we’ve got get the ball out there.”

Fuente is hopeful Burmeister can turn the corner given the innate playing making ability he has shown during his time in Blacksburg. The latest evidence of that came on Saturday when Burmeister ran for a first down late in the game with nothing open down field and the offense facing a third and 24.

“There’s three guys right there, and he just takes a right-hand turn and dives and gets a first down,” Fuente said. “I mean, you can’t coach that. But if you can take that and combine it with a little bit more efficiency in terms of operation, decision-making, throwing the football, I think you have something pretty special.”

Hokies mull change at kicker. B3