BLACKSBURG — Virginia Tech quarterback Braxton Burmeister laughed on Wednesday when he was asked about the video circulating on social media of team physician Mark Rogers giving him some pills on the sidelines.

Burmeister, who doesn’t have a Twitter account, heard the video had gone viral accompanied by some wild speculation from fans.

“He’s a licensed professional,” Burmeister said with a smile. “It’s not like we are doing anything sketchy on the sideline. I’m getting ibuprofen on the sidelines trying to get back in the game.”

While the injury itself wasn’t a laughing matter at the time — Burmeister’s arm went numb for a brief period of time — he echoed the update coach Justin Fuente gave reporters on Monday that Tech’s starter would be “full go” this week for the Pitt game.

“I feel like I can go out there and throw it the same as I’ve been throwing it,” Burmeister said. “There’s nothing holding me back.”

Burmeister has been getting treatment — often times twice a day for an hour at time — to get past the soreness and ensure there are no lingering issues. The sessions this week have involved massage therapy, electrical stimulation treatment, ice, mobility work and stretching.

“Whenever I can get in there and get it, I’m going to go do it since it helps,” Burmeister said.

Burmeister hasn’t spent much time thinking about the injury as he turns his attention to Pitt, the only other Coastal Division team with an undefeated conference record.

With Pitt coach Pat Narduzzi’s defense dedicated to stopping the run, the pressure will be on Burmeister and the offense to be more effective getting the ball down the field.

The Panthers are ranked No. 18 in the FBS in limiting opponents to 3.04 yards per carry this season, but their passing defense is ranked No. 78 in the country (236.2 yards per game allowed) and has given up nine plays of 30 yards or more.

Burmeister has 930 passing yards (58.8%) with five touchdowns and two interceptions. He also has 193 rushing yards (3.6 yards per carry) with two touchdowns. According to Pro Football Focus, he’s 7-of-20 on throws of 20 yards or more for 234 yards with a touchdown. The Hokies only have five completions of 30 yards or more this season.

Virginia Tech quarterback Braxton Burmeister (center) runs for a touchdown past Notre Dame defenders during the second half Saturday in Blacksburg. 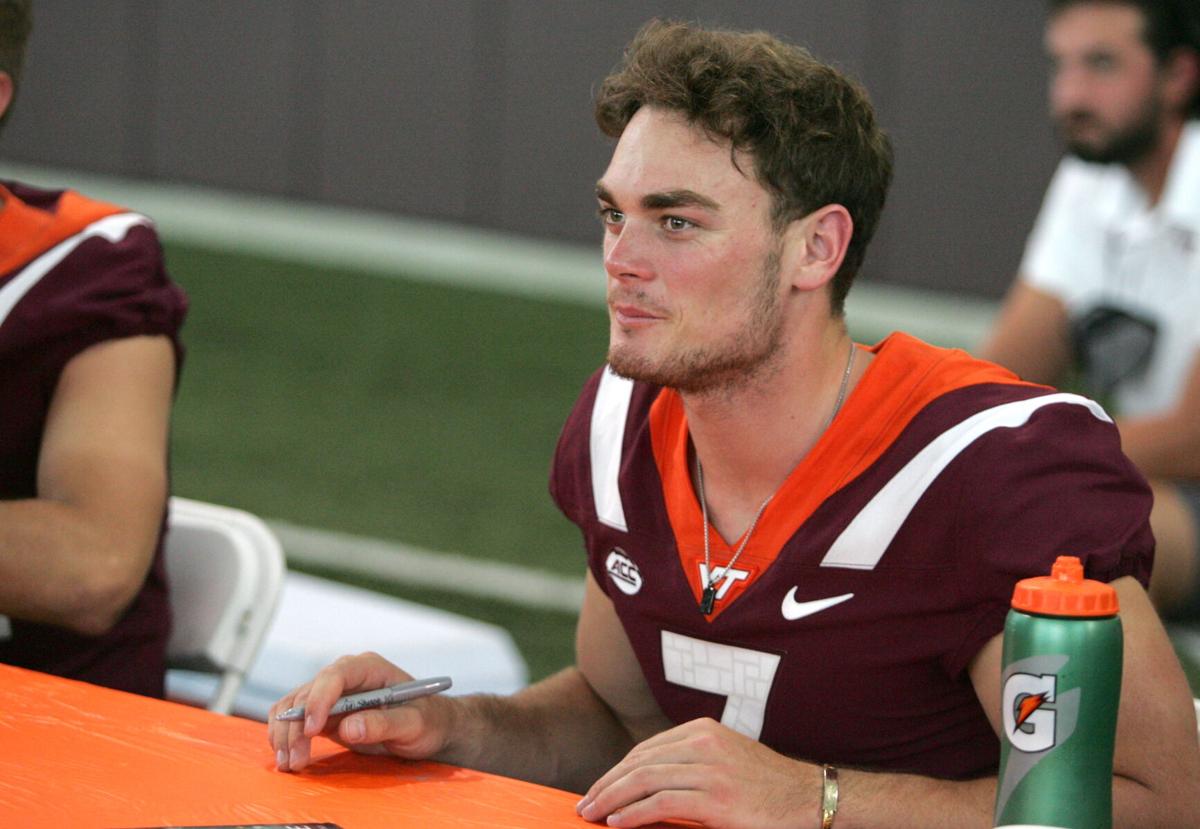