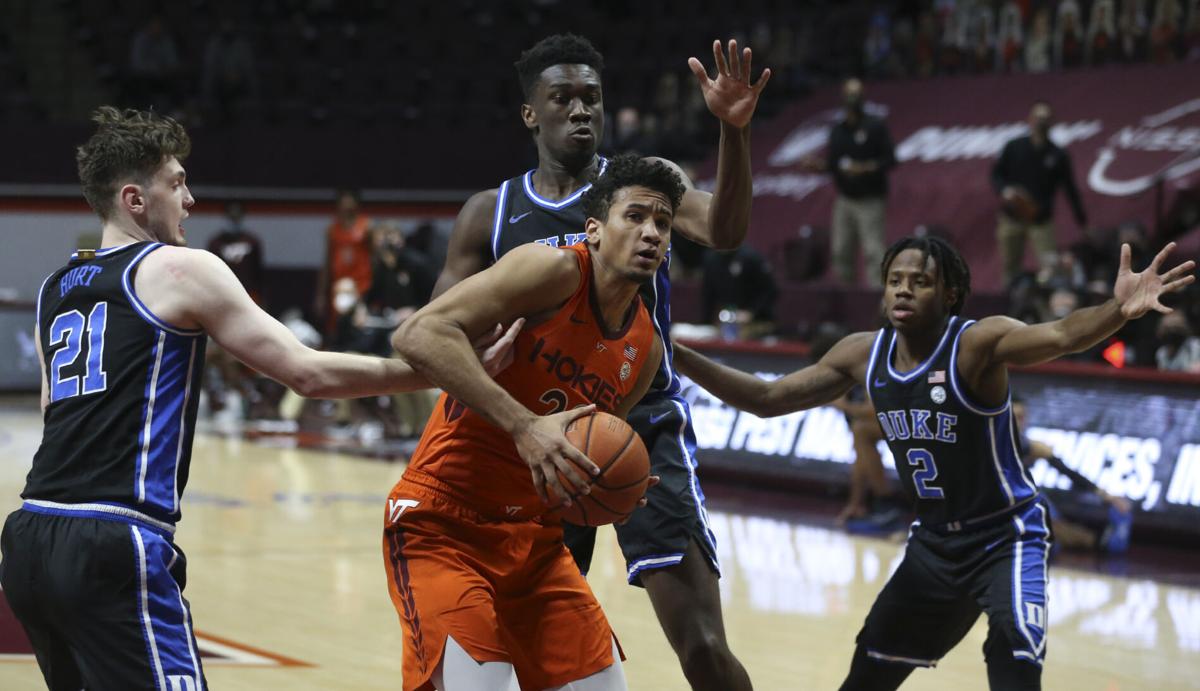 Virginia Tech’s Keve Aluma (center) is surrounded by Duke defenders during the Hokies’ win in January. 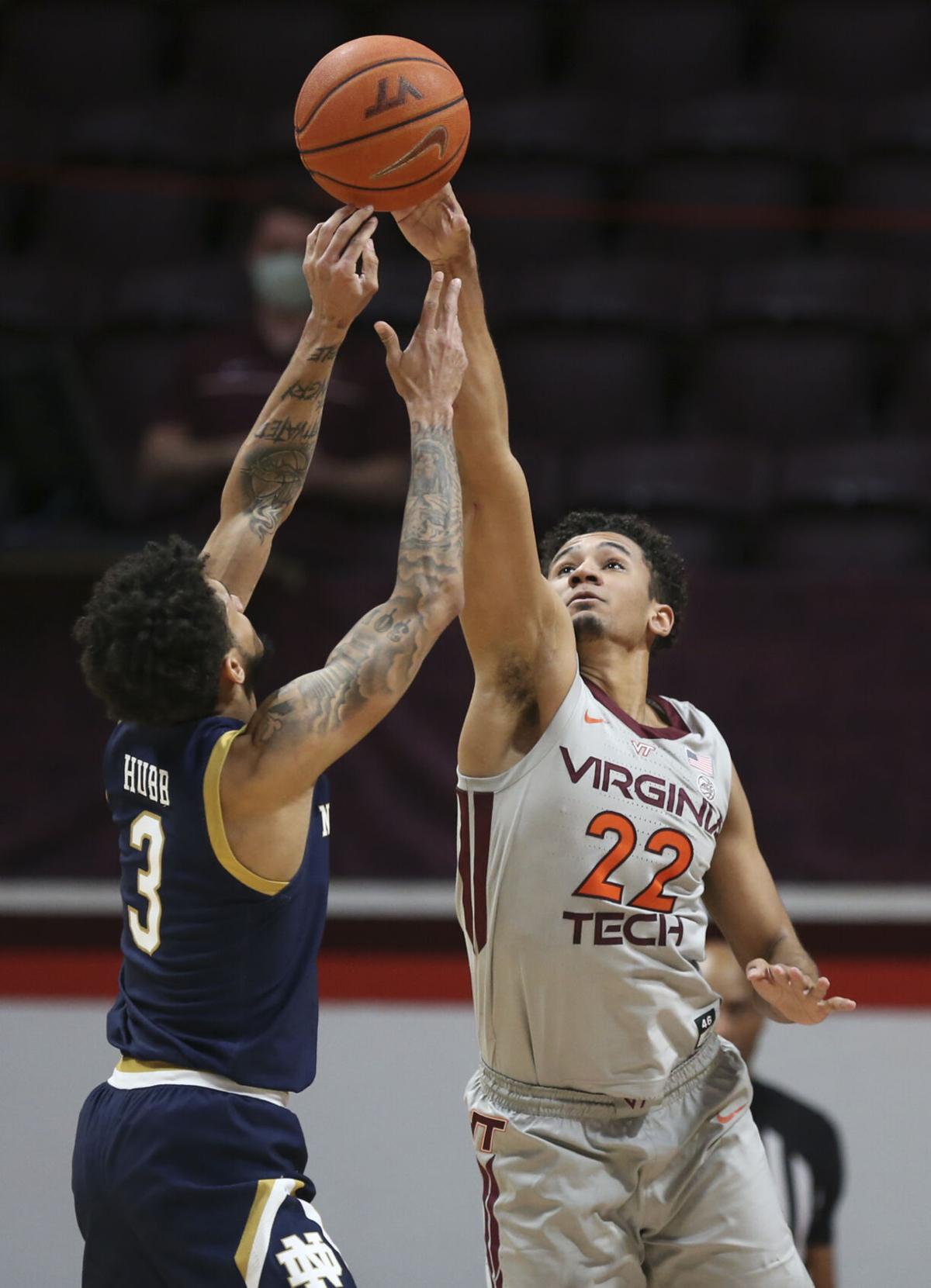 Keve Aluma tweeted late Wednesday night that he is entering the NBA Draft.

But the Virginia Tech basketball standout also tweeted that he is keeping his college eligibility, meaning he is not planning to sign with an agent.

So Aluma is leaving the door open to returning to the Hokies next season.

“I’m about what is best for Keve,” Young said Thursday in a phone interview. “Time will tell. But nervous? No, I’m excited for him, for what he will gather from this process.”

By entering the draft, Aluma will be able to work out for NBA teams, participate in the NBA combine if invited and get feedback from the NBA about his draft stock and his game.

“I’ve had a number of kids do this through the years to get feedback from people in that league,” Young said. “You make a determination on where you are, what you need to work on.

“It’s all positive. … I thought it was exactly the right move for him. He had a really good year.

“I’m excited for what lies ahead for Keve.”

Aluma, a Wofford transfer, made the All-ACC second team as a fourth-year junior this year. The 6-foot-9 center averaged 15.2 points and 7.9 rebounds, helping the Hokies make the NCAA Tournament.

“He’s a really good player, a very serious basketball player with professional aspirations, whenever that might be,” Young said. “We talked about [entering the draft] a little bit back in February. I think I suggested it to him. … We tabled it until the end of the year.”

Early-entry candidates such as Aluma have until May 30 to apply for this year’s draft. The deadline is one month later than last year.

“I feel blessed to have the opportunity to explore my options and enter my name for the 2021 NBA draft while still maintaining my eligibility as a Hokie,” Aluma, 22, tweeted.

The deadline for players to withdraw from the draft is not until July 19. So it could be some time before Aluma makes a decision — and before Young knows if his best player will be returning.

“That’s not ideal,” Young said. “But this is for his benefit. Whatever comes from it, this is for Keve. And he’s earned this opportunity.

“Rest assured, I’m not going to be sitting here in July without a spot for Keve Aluma if he chooses to come back.”

The two-round draft won’t be held until July 29.

The Hokies do have a new option at center if Aluma stays in the draft. Michael Durr, a 7-foot-center who was a three-year starter at South Florida, tweeted Wednesday that he was transferring to Tech.

Tech has had players withdraw from the draft before.

In March 2020, Cartier Diarra not only announced he was transferring to Virginia Tech but also entered the draft. But he later withdrew from the draft.

Virginia Tech’s Keve Aluma (center) is surrounded by Duke defenders during the Hokies’ win in January.