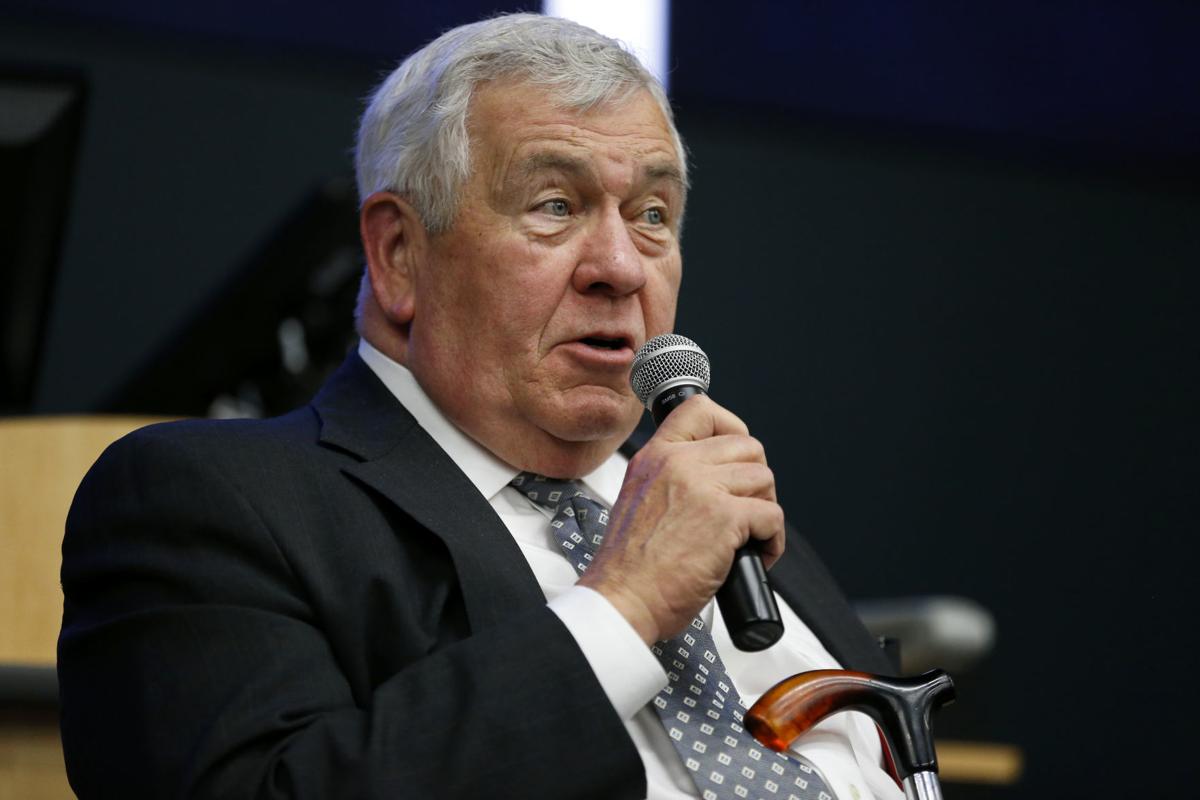 Ex-editor and sportswriter Bill Millsaps shares stories from his career in 2016. 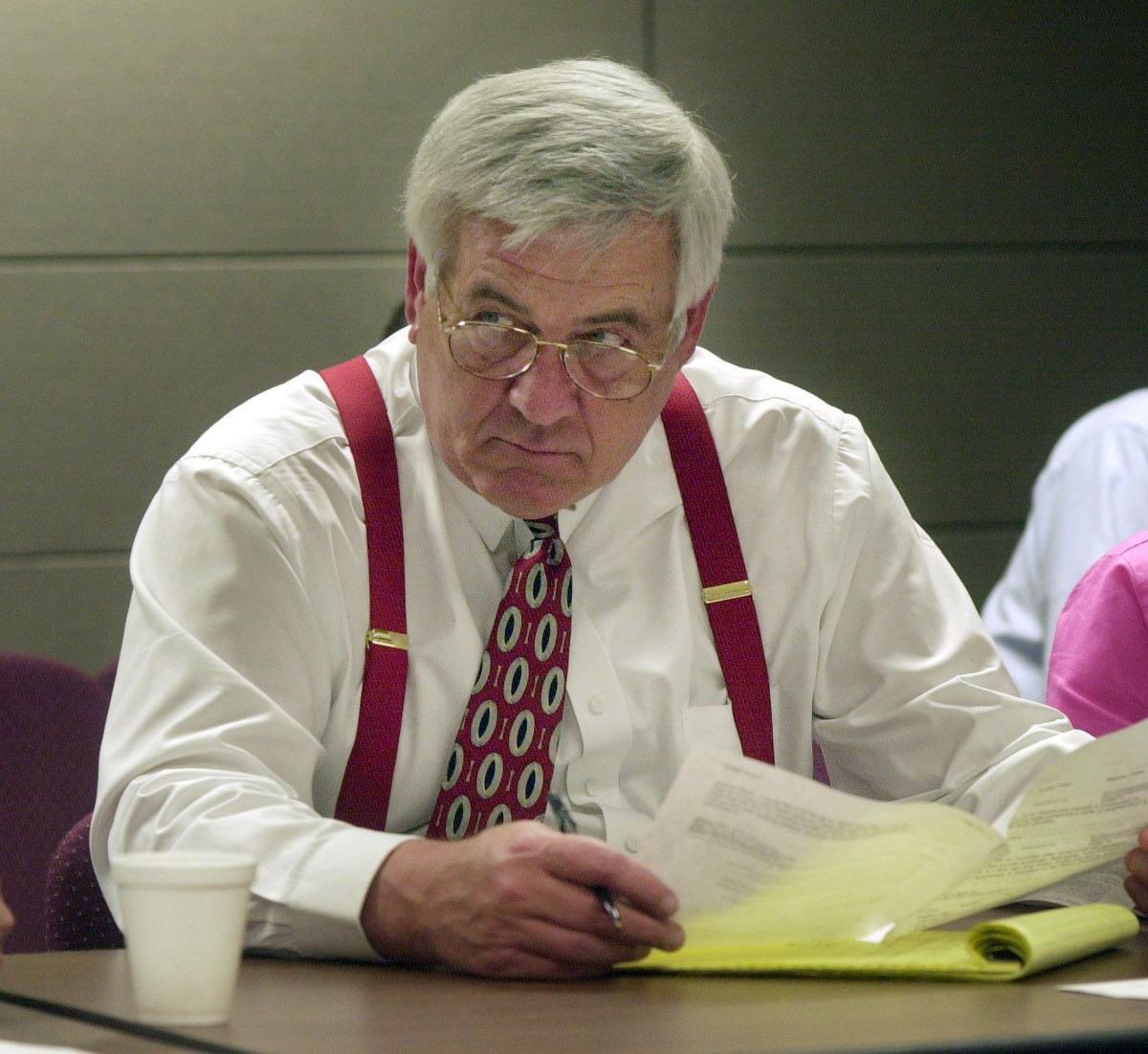 Bill Millsaps, shown at an editors meeting at the Richmond Times-Dispatch’s newsroom in 2002, made many trips to Southwest Virginia to play in the Bill Brill Invitational along with his contemporaries at The Roanoke Times.

Ex-editor and sportswriter Bill Millsaps shares stories from his career in 2016.

Bill Millsaps, shown at an editors meeting at the Richmond Times-Dispatch’s newsroom in 2002, made many trips to Southwest Virginia to play in the Bill Brill Invitational along with his contemporaries at The Roanoke Times.

Without the assistance of past sportswriting colleague Jim McDonald, I never would have made the connection.

McDonald discovered that Brill had died in 2011 on the same date, April 10.

It was Millsaps who hired me as a summer intern in 1973, prior to my senior year in college, and then directed me across the state one year later for my first full-time job. It was with The Roanoke Times.

The Times-Dispatch and The Roanoke Times were rivals at the time — which continued to be the case until just a few years back. It was a healthy rivalry, however, mostly involving friends.

Outside of Virginia Tech sporting events, Millsaps seldom found his way to Southwest Virginia, with one exception.

That was for the annual Bill Brill Invitational, a golf event held at Olde Mill Golf Resort in Carroll County.

According to my unofficial count, there were at least 25 different participants over the years, including sportswriters Caulton Tudor from Raleigh, Luther Gaillard from Spartanburg, South Carolina, and Kevin Record from Charlottesville.

The group also included my Roanoke Times colleague Randy King, who inadvertently set our lodge on fire one night. There also were such prominent sports columnists as Dave Kindred and John Feinstein from The Washington Post.

The late Dick Bestwick, formerly the UVa football coach, played in the BBI more than once. It is King’s contention that Frank Beamer participated in the BBI one day but wasn’t a weeklong participant.

They joined the oft-victorious Bestwick in a nightly gin rummy group. All have passed away, as have their clubmate Paul Housman, best known as one of the nation’s premier college basketball officials.

Dan Wooldridge, another longtime basketball official and later the commissioner of the ODAC, played for many years and was spotted shirtless during one of his rounds, later explaining that he was working on his tan.

Brill and Millsaps ran the show, with Millsaps handling the scorekeeping, which was no longer entrusted to Brill, who had an uncanny knack of finding his ball in the most unlikely locations.

“I’ve got it,” he could be heard repeatedly.

One of my favorite memories comes from a round with Millsaps, when his tee shot at the second hole, a 142-yard par 3, cleared a fence and landed in an out-of-bounds area, where it seemed that the ball had struck a cow.

Millsaps pulled out another ball and proceeded to knock his next shot in the hole for what would have been an ace if not for the two-stroke penalty.

During one stretch, the field included Millsaps’ younger brother, Bryant, a former secretary of state in their native Tennessee.

Bryant and I were paired at one point and I asked if he had ever been referred to as “Saps.”

No, that hadn’t happened, but he had another nickname, “Sappo.”

Maybe it was a common family nickname, so I tried it out on Bill. I can still hear his response to this day:

“My name is not Sappo,” he snarled at me.

Believe me, I got the message. As for Saps, he’ll have no problem now rounding up a foursome and monitoring Brill’s scorekeeping.