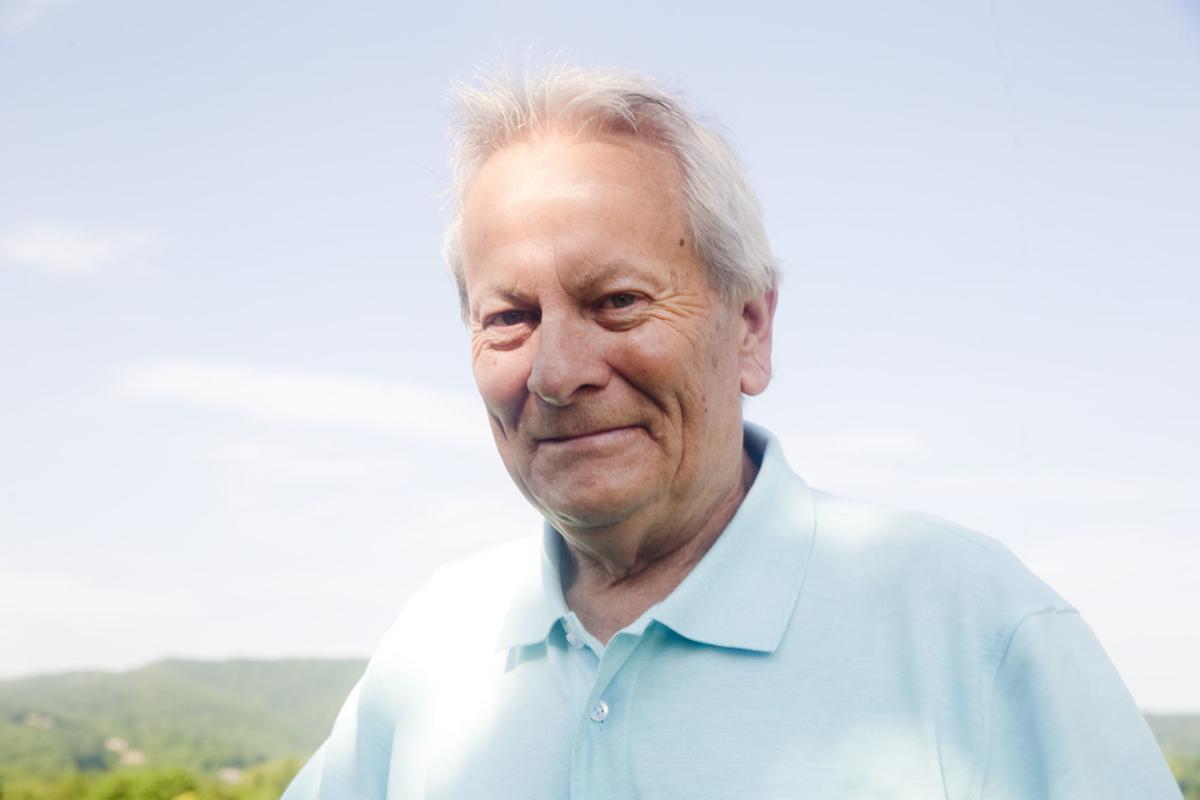 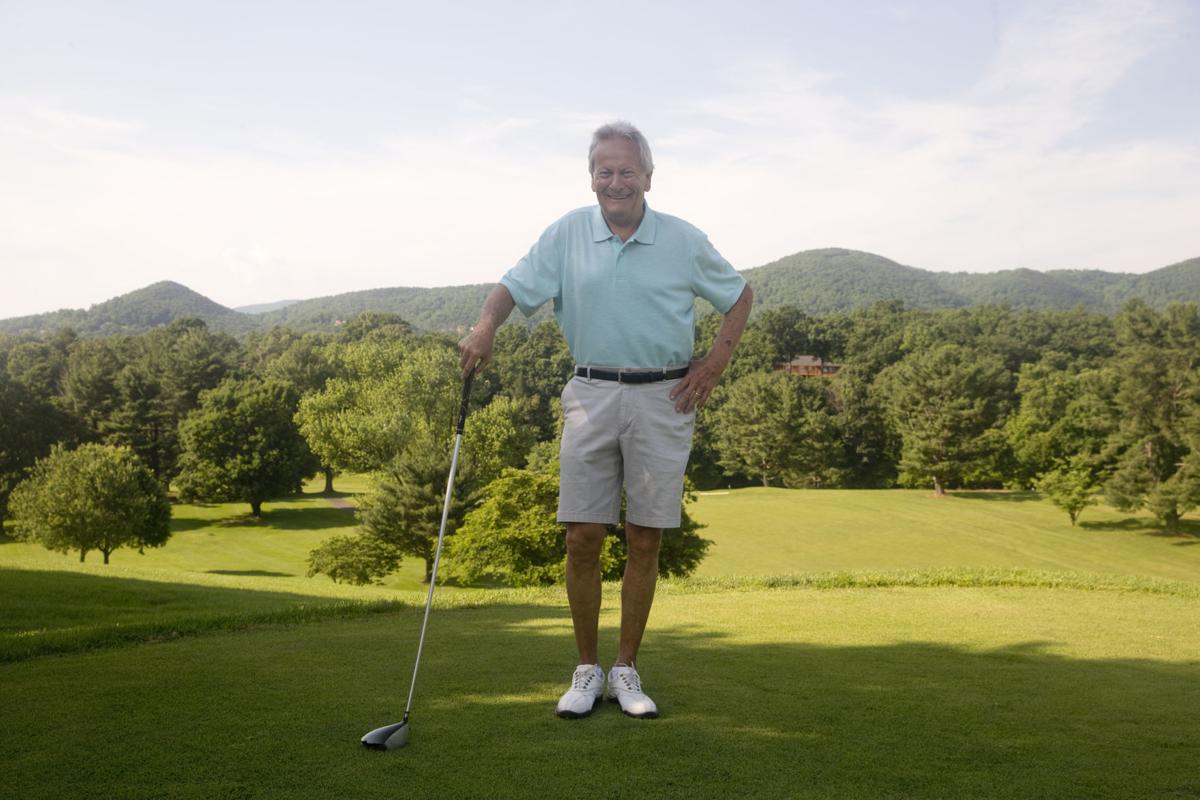 Randy King was inducted into the Roanoke Valley Golf Hall of Fame.

Amid the hoopla surrounding the first Roanoke Valley Golf Hall of Fame championship in 1974, The Roanoke Times made a rather curious staffing decision.

“You like golf,” sports editor Bill Brill told then-copy boy Randy King. “You can go out there.”

At the time, King was an 18-year-old senior at Northside High School, where he played on the golf team.

King chronicled Peter Wallenborn’s victory that year, and 44 years later, he’ll be on hand to cover this year’s event, which begins Friday at Roanoke Country Club.

He’ll be staffing it for the first time as a member of the Roanoke Valley Golf Hall of Fame.

Readers of The Roanoke Times, also known as The Roanoke Times and World-News for part of King’s tenure, may have seen Aaron McFarling’s column in which it was noted that King’s last official day was last Christmas Eve.

Six months later, his bylines are showing up again. In mid-May, he covered the Scott Robertson Memorial Tournament and recently tracked the Cascades Invitational in Hot Springs.

“He was in his glory,” Scott Robertson’s father, Tom, said. “It was one story after another, and he was the Randy of old. He enjoyed seeing guys like Keith Decker and Vinny Giles [and] all the great amateurs who have come through Virginia. He knows them all. They share stories with him that they probably wouldn’t share with anyone else.”

Robertson was the chief executive officer of Carilion Health System until he retired in 2001 and continued his involvement with such golf ventures as the Robertson tournament and First Tee of Roanoke Valley.

“The parents who come to Roanoke for the Scott Robertson, one of the things they’re thrilled about is how welcoming the community is and about the coverage we get from the newspaper,” Robertson said. “That goes hand and hand. Randy’s been a godsend for us.”

King’s upcoming schedule includes an appearance in the fall at the hall of fame banquet, where he will be inducted along with Bill Proffitt, about whom King wrote earlier this week.

“Randy has always been the go-to guy for golf coverage,” said Jerry English, previously the golf coach at Northside and a 2012 Roanoke Valley Golf Hall of Fame inductee.

English also has been involved in screening candidates and publicizing several scholarships awarded by the hall of fame.

“The local golf scene would be lost without Randy’s timely coverage of tournaments and other news,” English added.

King was once a promising golfer during the early days of the Northside program, having grown up within walking distance of Brookside, the par-3 course off Williamson Road. He claims to have shot a 5-under-par 22 on a layout he estimates he played 7,000 times.

The most recognition he received for his golf game came when he was playing in a match for Northside and he lost his ball under what he claimed were suspicious circumstances.

King was playing a long-since forgotten brand, Turfmaster, that subsequently was the topic of a humor column written by then-Roanoke Times columnist Bill Cate. (NOTE: A 1965 vintage Tom Jackson signature Turfmaster can be purchased for $13.49 on Ebay).

North Roanoke County restaurateur Mark Henderson was on the first golf team at Franklin County at a time King was one of the more recognizable personalities on the circuit.

“I remember there was a putter-wielding incident at one of the matches,” Henderson said. “Somebody threw a club and I’m not sure who it was. It may have been Randy. We could make this stuff up. There’s no way he could remember it.”

After graduating from Radford University late in the 1970s, King spent one year at The News & Advance in Lynchburg before returning to his hometown and its newspaper.

He has covered an assortment of sports in Roanoke, including ice hockey and VMI football, as well as the Masters, when Nick Faldo was capturing that major in back-to-back years, 1989-90.

King maybe is best known for the time he spent on the NASCAR beat starting in 1982, and the Virginia Tech football beat from 1995-2011. He also covered Tech’s men’s basketball team when the Hokies were in the A-10, almost always traveling by car in his beloved 1991 Chevy Lumina.

Even when he wasn’t assigned to the golf beat, King could fill in at a moment’s notice. He had played the game from an early age.

“I grew up on Greenway Drive, little more than a quarter-mile from Brookside, so I could walk down there,” said King, whose early golfing buddies, Harry Brewbaker and Jeff Saul, are among his closest friends to this day.

King’s’ most memorable moment, he said, was when he was at Northside and led the Roanoke Valley District tournament after “fashioning” a 35 from the white tees on the front nine at Blue Hills Golf Club.

“The whites are very short at Blue Hills, very pedestrian-like,” he said. “I was tied for the lead and proceeded to bring it home in 46. Details are sketchy.”

King has written about many of his fellow Roanoke Valley Golf Hall of Fame brothers and sisters, most notably longtime Brookside operator Archie Goode, a 2013 inductee who passed away in 2001.

“Archie was like God to me,” King said. “He taught me how to swing. Of course, you wouldn’t know it today. He would hit shots off the concrete [to an adjoining green] and we’d play for soft drinks at 15 cents a pop.”

King’s golfing career came full circle when he was invited to play in the Bill Brill Invitational at Groundhog Mountain in a field that included many of the Mid-Atlantic’s most noted sportswriters, as well as an occasional ACC football or basketball coach.

Randy King has worked for The Roanoke Times since the 1970s.

Randy King was inducted into the Roanoke Valley Golf Hall of Fame.