Less than a week into VHSL football practices, Alleghany High's team pauses due to COVID-19 cases 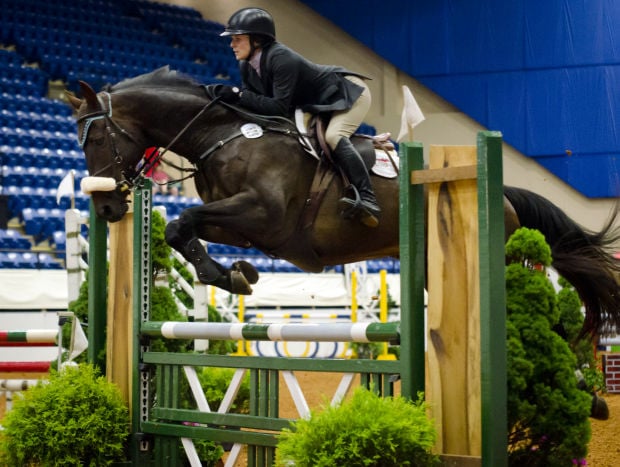 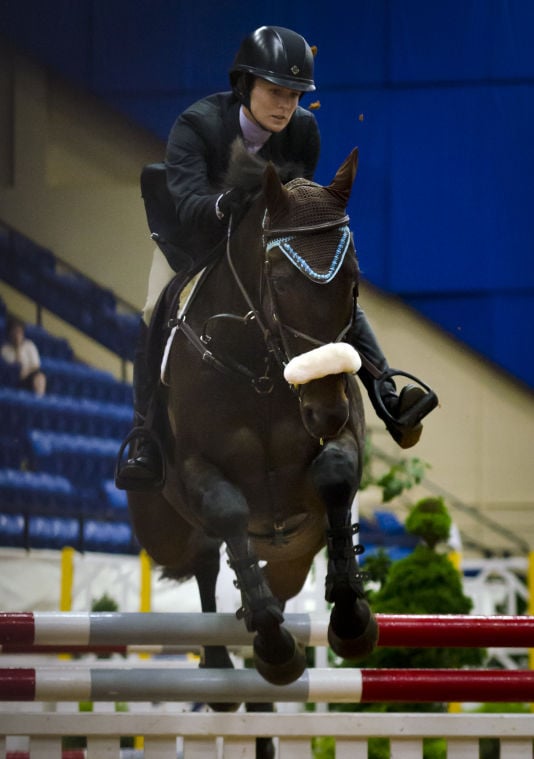 Should Brooke Kemper be asked her advice on embarking on a career in the show horse business, she’s likely to say simply to be ready to work the fingers out of your gloves and the heels off your boots.

If ever there was an authority on getting it done in the barn and the jumper course, it’s Culpeper’s Kemper.  If you could go any harder than 24-7, Kemper would be going 25-8.

Kemper, 28, grew up on a McGaheysville farm, so the stress and strain of agricultural work has never been a revelation to her. After going pro as an 18-year-old, she’s had ample time to bail after concluding the horse business was just too much of a challenge.

Instead, she’s embraced one fresh challenge after another.

“We stay pretty busy,” she said with dry understatement after running one more errand at the Roanoke Valley Horse Show earlier this week.

Busy? Some beavers have worn out two sets of teeth by the time her work day is done.

It’s not enough for her to run her own training  operation, Shadow Pond Stable, near Culpeper. She also rides horses for other operations, including Hunting Valley Farm and Teddi Ismond in Keswick, as well as Nokomis Farm in Montpelier Station with Diana Dodge.

Kemper is here this week as much for her students who are appearing in hunter and jumper classes as on her own behalf. One horse she plans to show is a 9-year-old Holsteiner-thoroughbred gelding named Classified.

No decision had been made earlier in the week whether they would be entered in Saturday’s $50,000 Grand Prix.

Kemper is a veteran of at least five Prix here and many others elsewhere. As for appearing at this show in some of the other classes, that goes back to childhood for her.

Her mother, Darlene Kemper, boards horses and trains at Kemper Knoll Farm in McGaheysville, and that’s where Brooke got started.

“I was right in the middle of it, everything from helping mares foal to cleaning stalls, to breaking ponies and horses,” she said.

As she got older, she moved on to riding training horses. Eventually she worked her way up to formal lessons. That’s how she met Paul and Wendy Mathews of Somerset in Orange County. When still a teenager, Kemper went out on the road working for them at shows.

In high school at Spotswood, Kemper was in Future Farmers of America, which allowed her to go to horse shows on school time.

“My parents were always OK with me missing class as long as I kept my grades up,” she said.

She took some community college courses, but most of her continuing education happened in the barn.

“I’ve always been about doing what’s right by the horse,” she said.

She means that expense would never be the primary consideration when it came to making important decisions regarding one of the horses.

As far as she’s concerned, a good path to a show jumping career is similar to the one she took. Be prepared for long hours and plenty of hard labor, she said.

“Work your way up through the ranks,” she said. “You learn a lot.”

New coach seeks ‘Knight Vision’ for Cave Spring, with a little assistance from his dad

When longtime Roanoke basketball insiders refer to a player as among the best produced in the valley, it is a very strong endorsement.

Derrick Lancaster has been racing cars since he was 14. Despite a serious crash in the spring at Talladega Superspeedway, he wants to race again.

Seems like yesterday that the 2020 high school football season ended.

Simone Biles wins the bronze medal on balance beam after returning to competition at the Tokyo Olympics. See snapshots from her medal-winning routine.