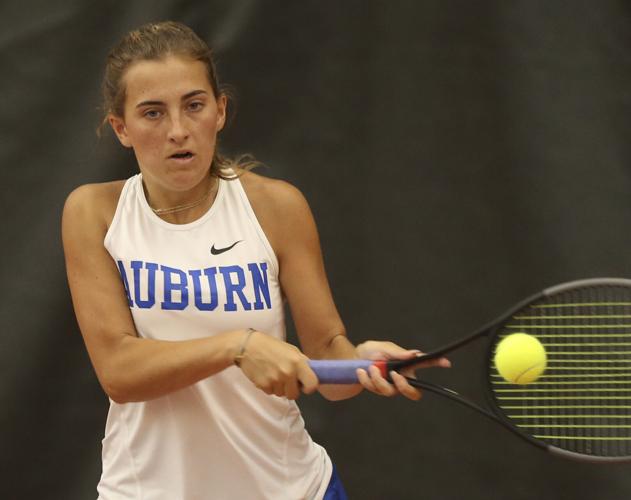 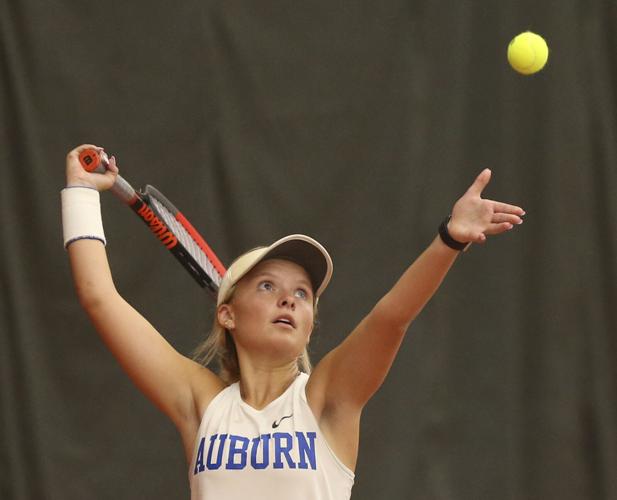 BLACKSBURG — Auburn cruised to a fourth straight Class 1 title on Thursday with a 5-0 win over Rappahannock at Virginia Tech’s Burrows-Burleson Tennis Center.

The Eagles battled through some early season struggles, but with a healthy lineup intact had no trouble building onto a dynasty that dates back to the 2018 season.

All four of the titles have come at Rappahannock’s expense.

“I’m so proud of these young ladies, they are a class act,” Auburn coach Paul de Gastyne said. “They faced adversity, but they just got more mentally tough each time out.”

Auburn played long stretches of the season without No. 1 seed Anna McGuire (nose) and No. 2 seed Sara Albert (wrist).

“This season has been a lot rougher than most,” McGuire said. “At one point I think four or five different girls played the No. 1 this year. We’ve worked really hard to get here.”

Trible took a 2-1 lead in the second set behind her hard-hitting serve, but it didn’t take McGuire long to regain control.

The victory helped McGuire close out her high school athletics career with a seventh ring (three in volleyball, three team titles in tennis and a doubles title).

“I’m definitely lucky to have these opportunities,” McGuire said.

This was the first title for de Gastyne as head coach, but the coaching staff has been the same for the team’s entire run. De Gastyne was the assistant coach under Conrad Nester in recent years, but the two swapped roles going into this season.

In the region: Glenvar's Wilkes wins at New Balance Nationals

In the region: Glenvar's Drew named Class 2 girls soccer coach of the year

Glenvar coach Kyleigh Drew has been named the VHSL Class 2 girls soccer coach of the year, the league announced Thursday.

Anderson: For every sport, and for sports writing, there is a season

Scholar-athletes from 20 Timesland-area schools will be honored Monday.

In the aftermath, euphoric teammates hit her so hard that she lost her contact lenses, but Jordin Crouch didn’t need 20/20 vision to see what …

Saturday marked Eastern Montgomery's 32nd consecutive win and it was a dominating performance to take a state championship.

SALEM — Auburn’s third straight Class 1 title was never in doubt on Saturday afternoon at the Moyer Sports Complex in Salem.

The Maroon Tide shut out Northampton.